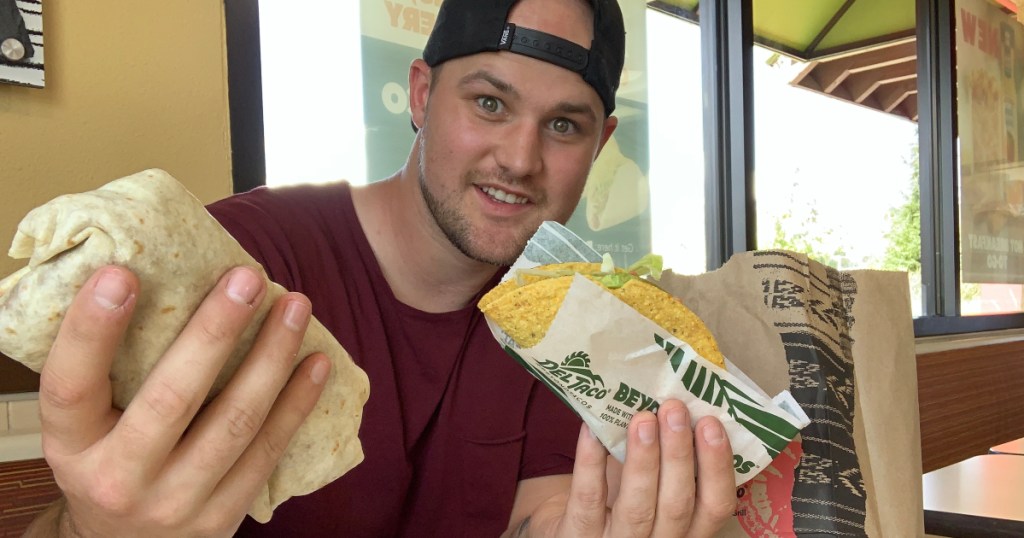 Plant-based protein is definitely having a moment as meatless options are popping up all over the country in fast food and casual restaurants alike.

We wanted to try a few popular plant-based options from Del Taco, The Cheesecake Factory, and Qdoba to see how they would taste to an enthusiastic meat-eater. So we sent Stetson, our open-minded omnivore, to do the tasting.

Stetson says: This taste test is going to be a little different because it’s going to be vegetarian style! I’m not vegan or anything like that, but I’ve tried some other things like the Impossible Whopper, and I surprisingly thought it tasted great! I’m starting to see meatless options everywhere, and I’m kind of a fan!

Watch a replay of Stetson’s live video to see his taste test and hear what he had to say about these plant-based options below! 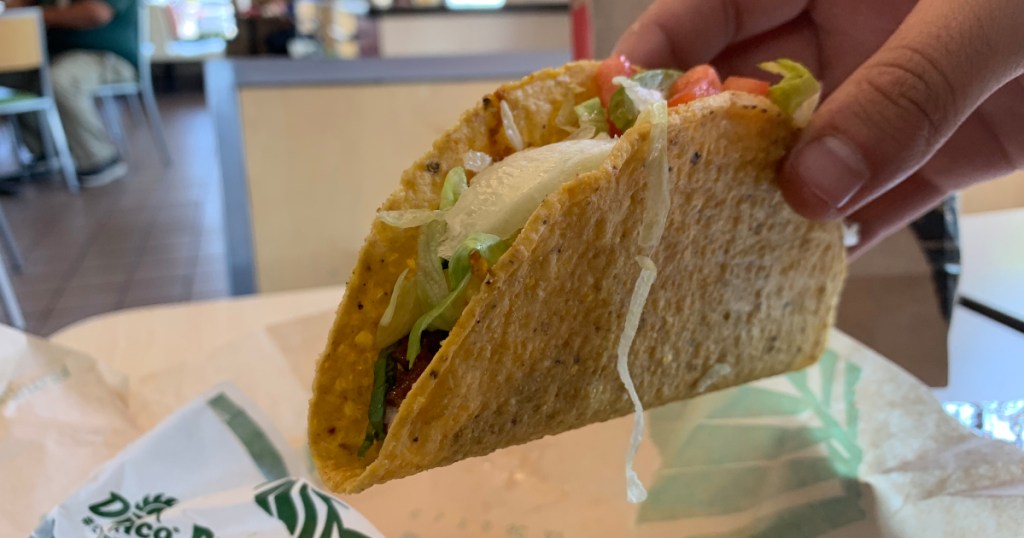 Del Taco’s Beyond Avocado Taco is made with seasoned Beyond Meat plant-based crumbles, sliced avocado, crisp lettuce, and fresh diced tomatoes in a crunchy shell.

Hip Tip: Try it for free! Download the Del App or join the Raving Fan eClub to get any taco FREE! You’ll also receive exclusive offers like coupons, opportunities to try new products before the general public, and a free premium shake on your birthday! 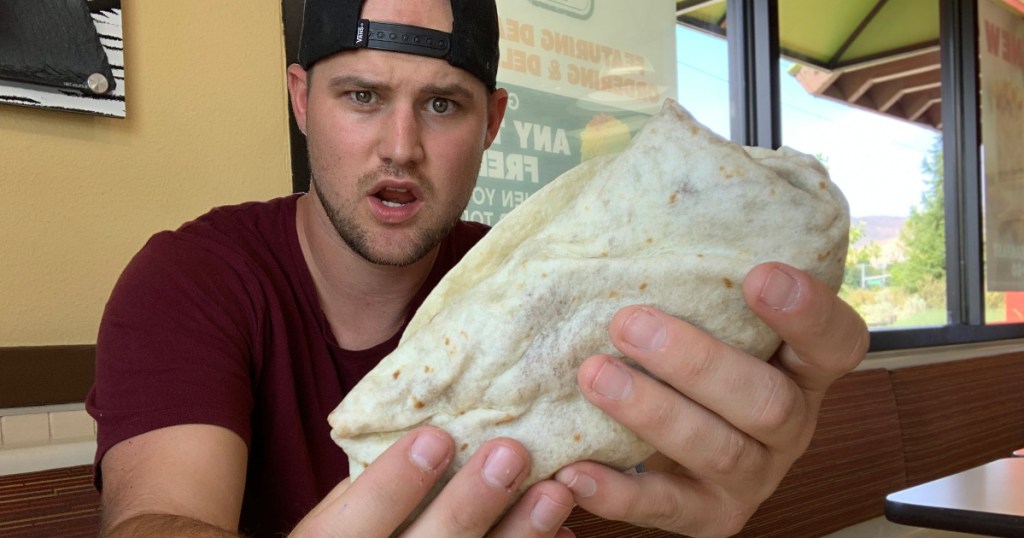 The Epic Beyond Cali Burrito is made with seasoned Beyond Meat plant-based crumbles, crinkle-cut fries, sour cream, guacamole, and handmade pico de gallo salsa in a flour tortilla. Described by Stetson as “bearable,” the highlight of his burrito may have been when he discovered the fries inside. You have to watch the video. 😂

Stetson says: I was really excited about these two items; however the after taste just ran me off. I could only describe it as a “burnt rubber taste.” I don’t recommend either of these items at all, but if you’re feeling adventurous like me, then give it a try. You may like it! 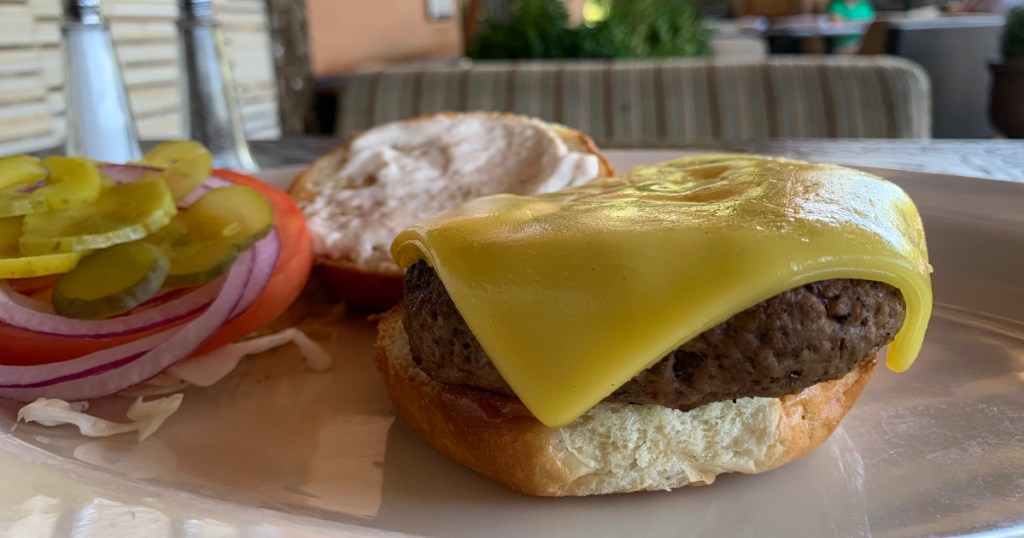 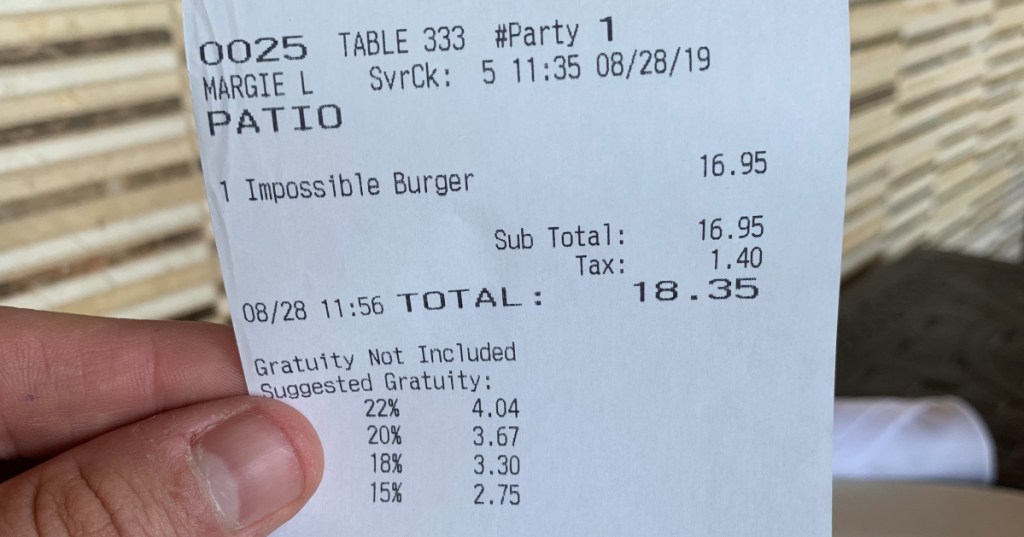 We know that meatless protein is expensive, but it’s still kind of hard to believe the price of this vegetarian burger! It turns out that this burger isn’t sold by itself. You have to order it as part of a meal, which means that you’ll also get your choice of french fries or a green salad with your Impossible Burger. But Stetson didn’t want or have time to wait for his side, and he still paid $16.95 plus tax! 😲

Stetson says: This was a very juicy burger! It was flavorful, and the faux meat didn’t steer me away. It had a normal burger texture and great taste. However, the price would steer me away. At $18.35 (with tax), I don’t think it’s worth it unless you want to really just treat yourself. It isn’t sold just by itself – it’s priced as a meal. 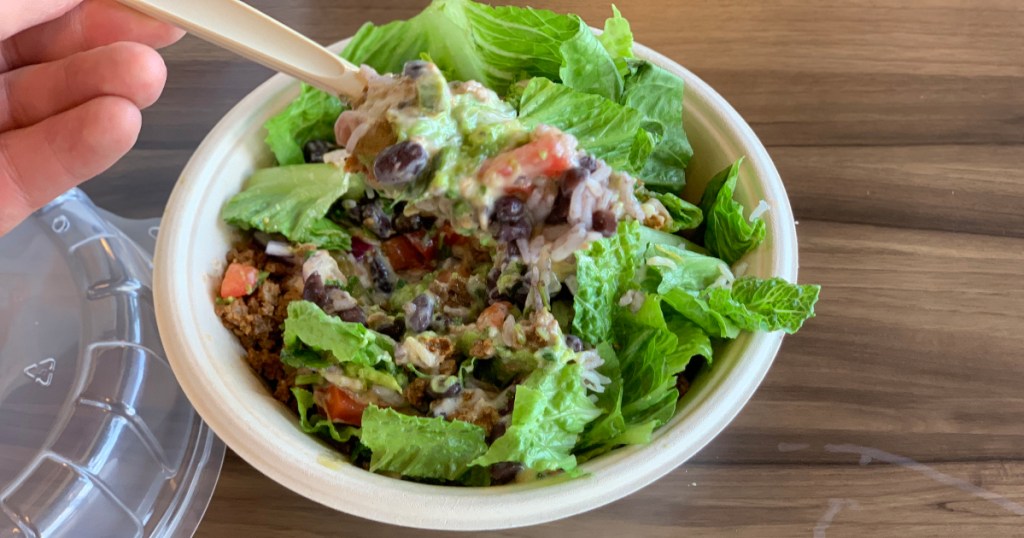 Stetson says: This was my favorite out of the bunch. You can completely customize your bowl to your liking, and the Impossible protein tasted great, especially surrounded by all those toppings! I really recommend this meal. The texture was fine and had no aftertaste at all in my opinion.

Hip Tip: Download Qdoba’s highly-rated app and join Qdoba Rewards to order ahead, pay with your phone, and skip the line. Plus, you’ll earn rewards with every purchase, get exclusive app perks, and redeem points on your favorite menu items! 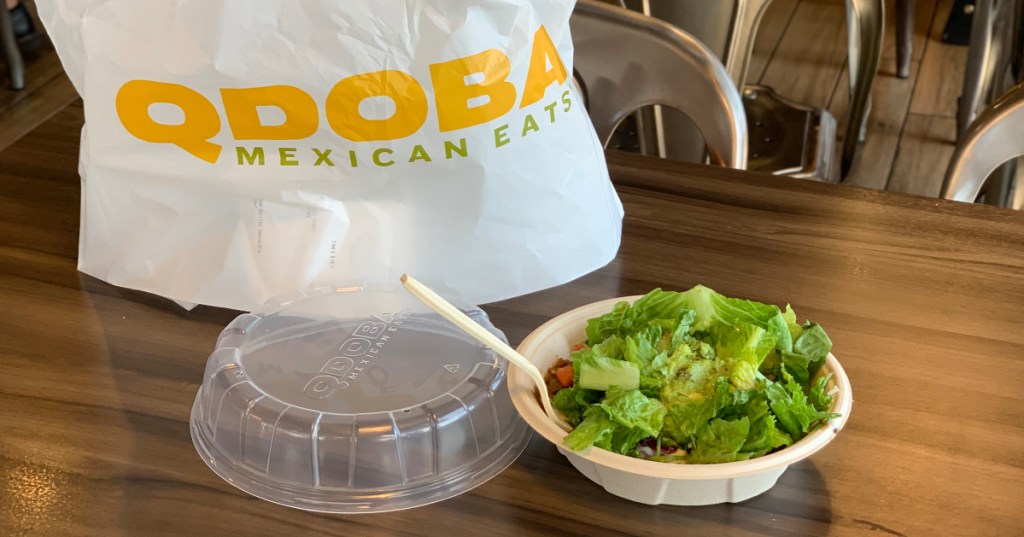 Stetson says: The Qdoba bowl is my favorite of the three even though it’s $9.95! For that price, it’s a complete meal in a bowl and you can totally customize it. Based on taste alone, I would also recommend The Cheesecake Factory’s Impossible Burger but the price is a killer. Finally, I don’t care if they’re affordable – the DelTaco plant-based options are a no-go for me. But don’t be scared of the vegetarian stuff – the Impossible items were really great!

Next time you’re in search of a quick meatless meal, you can keep Stetson’s recommendations in mind and order with confidence! 😉

Knowing that both Qdoba and The Cheesecake Factory use Impossible plant-based protein and Del Taco uses Beyond Meat, it seems like Stetson has developed a preference for Impossible products! For those of you who have tried both, we’d love to know – what is your preference?