Let’s talk Joybird, aka the company to NEVER buy furniture from… 😩 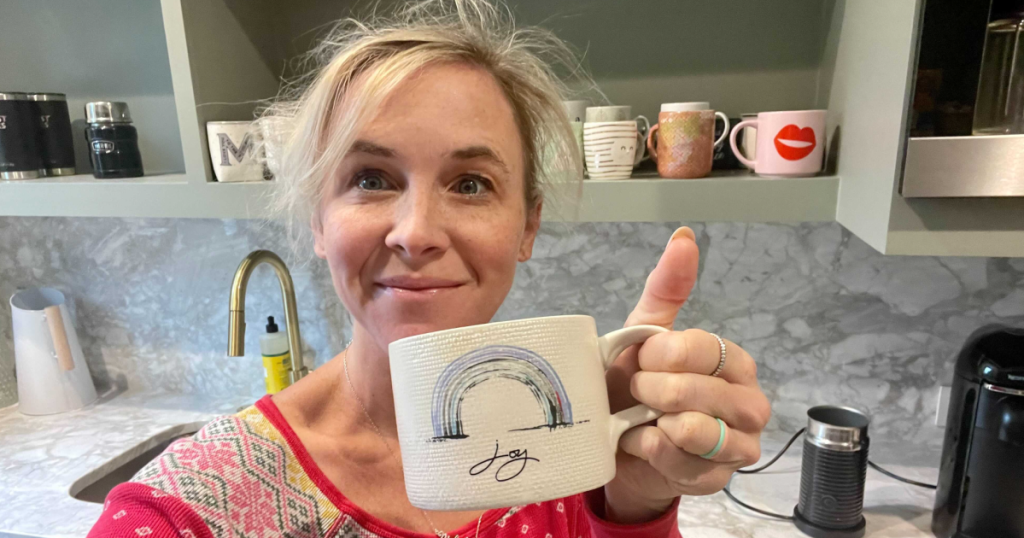 Grab a cup of coffee and join me as I share my furniture shopping experience with a company called Joybird.

As many of you may know, my family and I recently moved to Dallas, Texas and by default, we’re in need of quite a bit of furniture to furnish our new home. I was so excited when I discovered a totally new-to-me furniture site, however, this isn’t quite the product review you’re used to reading from me… (it’s not at all like my Article experience!)

Ever heard of Joybird? 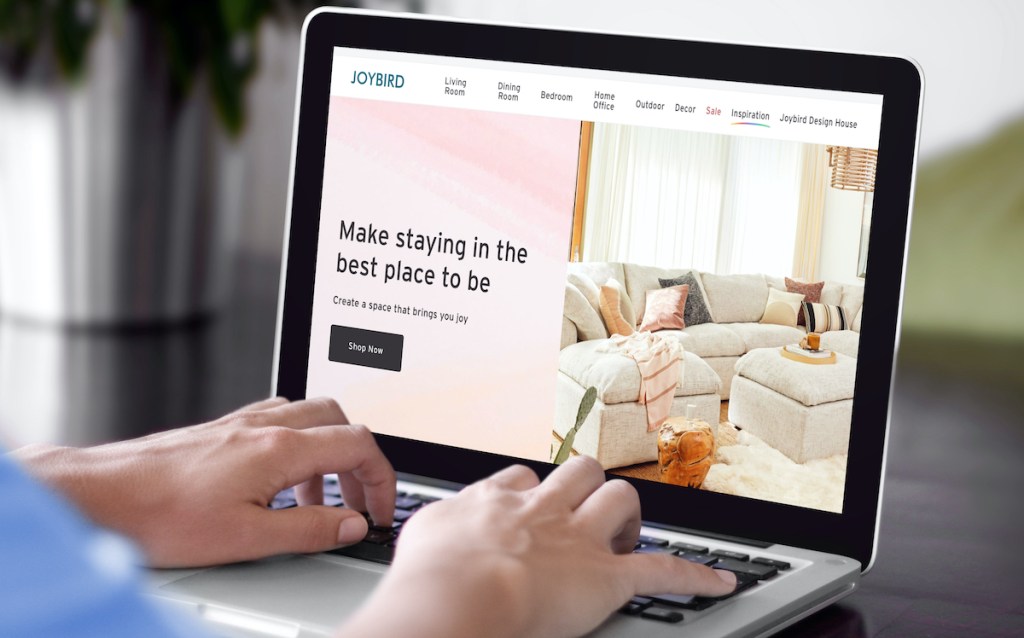 If you’re like any of my Hip sidekicks, you may have seen their beautiful website pop up on a Facebook or Instagram ad recently. They have an aesthetic similar to West Elm and they really stand out with some pretty unique-looking pieces too!

To me, this company seemed like a totally legit site!

What made me even more excited when I found them was that they had tons of “quick-ship” options I could shop. According to their website, these quick ship items would be ready to ship in 2 weeks – perfect since I was only entertaining furniture retailers that could ship out ASAP. 🙌🏻

However, they’re not the most affordable site around.

That said, I did end up finding some really awesome pieces that I couldn’t pass up, so I let the pretty website & furniture pieces sidetrack me from reality.

Simply put, when stuff is more expensive and a website looks so attractive, I tend to assume it’s totally legit. Therefore, I had zero hesitations when placing my order. That’s when things started to go south with Joybird. 😫

I found two really cute bed frames with quick-ship options, so I took the plunge and ordered. Never once did I check Joybird reviews or do some research before spending quite a bit of money on new furniture. BIG OOPS!

I found it very frustrating that Joybird charges you for all your furniture immediately upon ordering! This is unlike many online furniture stores I’ve shopped, which will fully charge you once your order actually ships from their warehouse or vendor. 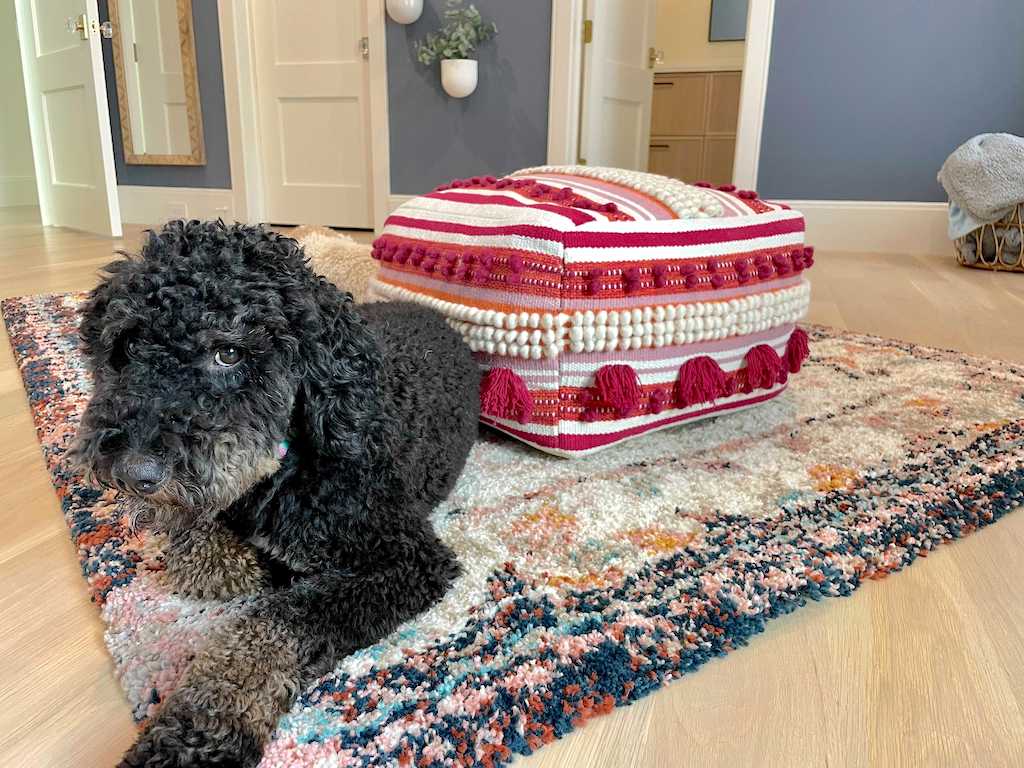 After weeks of patiently waiting, I checked their site only to see the delivery date for our highly anticipated beds kept getting pushed back. 😫 I started to get really worried about Joybird and feeling like none of my stuff was ever going to be delivered, so I decided to look at some of the Joybird reviews online… which I undoubtedly should have done to begin with.

And boy, if I had seen the reviews from the get-go, I would have NEVER ordered anything! 😱 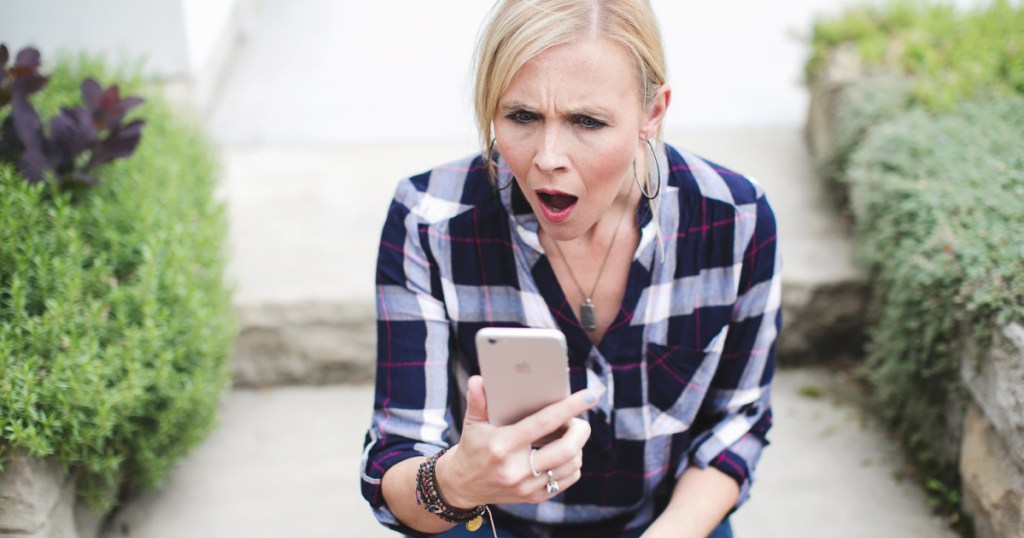 Here are just a handful of awful Joybird reviews I saw:

“My $2,000 sofa order has not been fulfilled. No customer service to talk to. They have stolen our money and I will be filing a complaint with AG’s office.” – John

“Do not let the pretty pictures on Instagram fool you. This company takes your money and in return has the poorest customer service I’ve ever encountered. You’re lucky if you ever even receive your furniture. I purchased 6 dining chairs on March 28th, 2021, and haven’t received them all yet (it’s September 2021).

When I initially received the order months later, 3 of the 6 chairs were damaged and had to be returned/reordered. Waited months more and it was finally time to receive the 3 remaining chairs. We only received ONE of the 3, and guess what, it was damaged. The other two were lost at a delivery hub and still waiting to be found.

Don’t hold your breath getting anyone on the phone either. After 1.5 hrs of being on hold, I gave up. This still isn’t resolved, and I hope to get the rest of my chairs before the new year but I won’t get my hopes up.” – Laura

“This company is absolutely terrible. They literally just scam you out of your money and have the worst customer service possible. My couch not only came a month late, but only 3/4ths of it came, and one cushion had a huge oil stain on it! They refuse to replace the cushion and have not compensated me for anything despite them telling me I would get a partial refund for some of the couch being lost.

I have talked to multiple people in management. Nothing is resolved. I also went as far as emailing the CEO and got nothing in return. I don’t understand how they can get away with this or escape lawsuits or how they’re even still in business. Absolutely terrible!” – Abby

Need I say anymore? 😩…And speaking of bad reviews, check out all of the complaints left by customers on their Facebook posts! “Do not buy if you don’t have patience. Just got 1/3 of a couch delivered. No response on the rest.” – Sarah

After going down a rabbit hole of horrible reviews, multiple people saying they only received parts of their orders, and many other nightmares, I decided I wanted to cancel my order and look somewhere else. Besides, each of my “quick-ship” pieces were now apparently back-ordered, and at this point and I wasn’t willing to wait for who knows how long. 🤦🏼‍♀️

Never once did it cross my mind canceling an unreceived order would be such an issue. But oh my gosh…

Joybird literally doesn’t even answer their phone just like the reviews claim. 😟 It’s like they have NO customer service department. 🤪 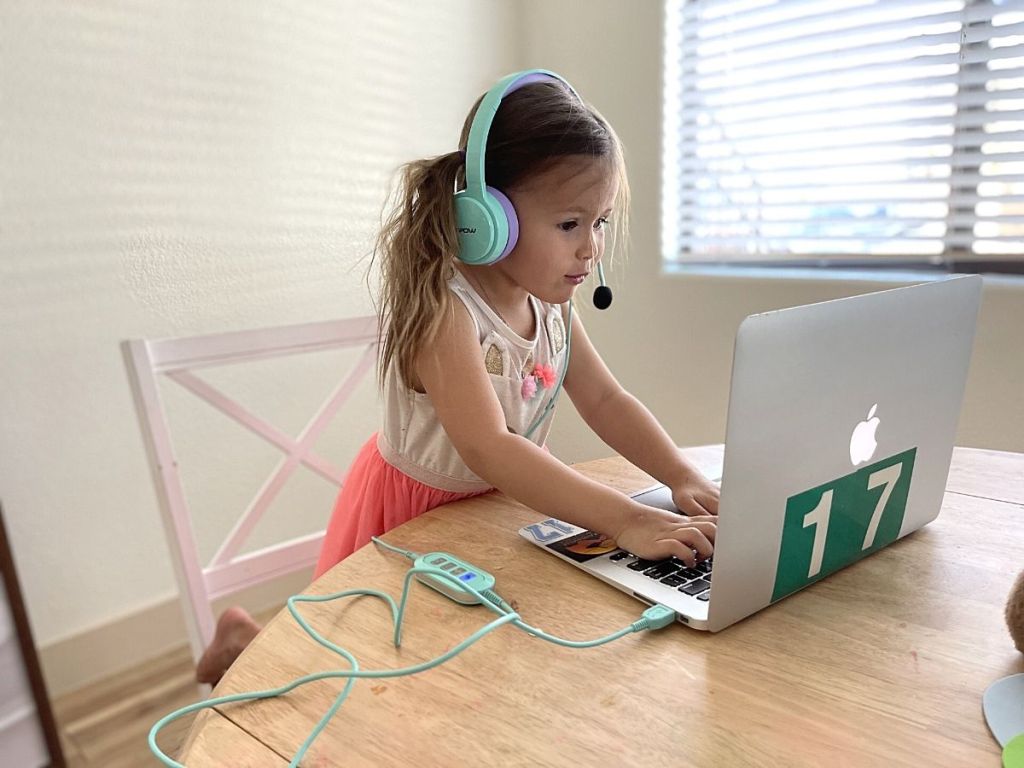 Honestly, their customer service is nowhere to be found! I called multiple times for days – it’s a mystery if anyone even works for this company at all? 🤔

My cute Hip sidekicks 4-year-old (pictured above) could run this show better than them. 😆

Oddly enough, they have an option where you can opt to have them call you back, but don’t get your hopes up because they don’t ever call back. I opted to try that a few times (AFTER waiting on hold for over an hour each time) with no success and never a call back.

One day while working I was so determined to get ahold of someone so I put my phone on speaker and worked from my laptop while waiting. 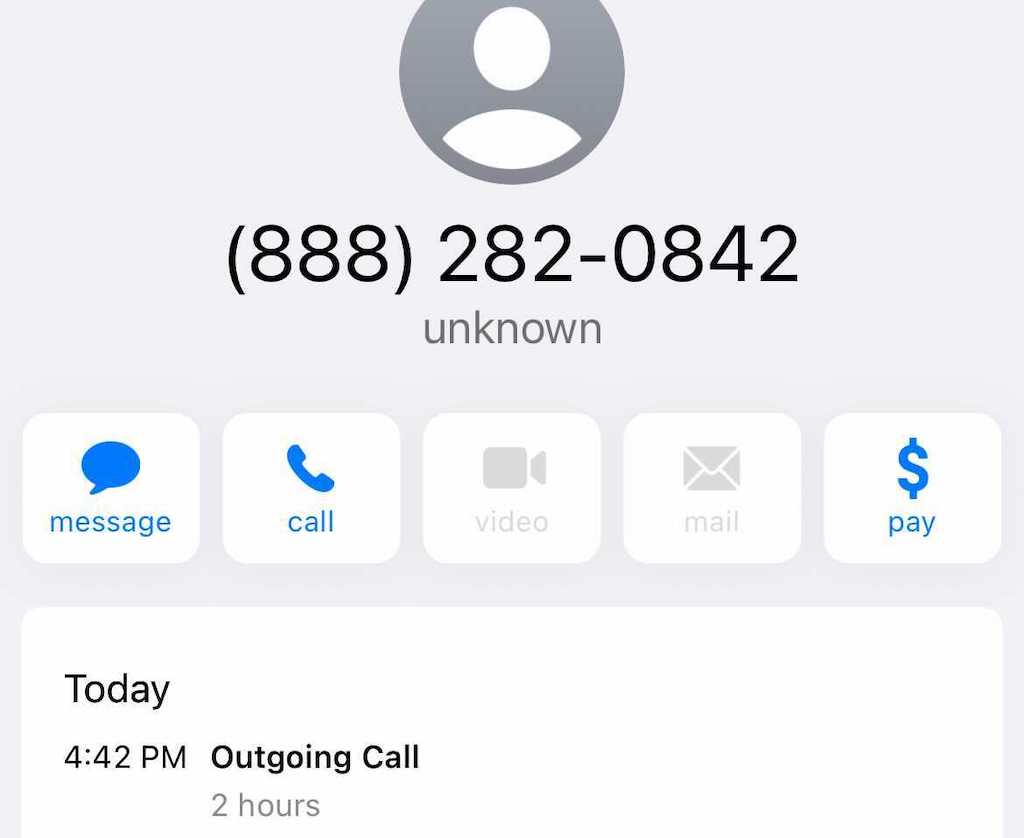 Never got ahold of anyone and had zero success with emailing them.

After all of these numerous attempts to communicate with them, I decided to just dispute the entire thing with my credit card company. 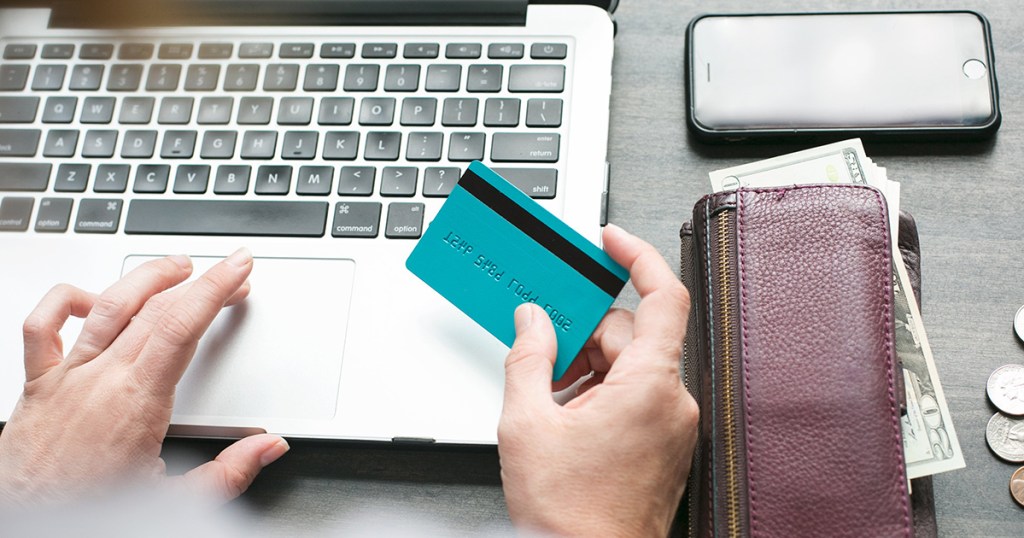 I had never even done a dispute before but learned that it can take anywhere from 60-90 days to be resolved, although often the credit card company can get it done sooner.

AFTER disputing the charge with my credit card company – and my husband reporting them to the Better Business Bureau, it was only THEN that we got an email from Joybird about canceling my order.

Well, it only gets more ridiculous.

The Joybird rep proceeded to tell me they could cancel my order, but that they would still charge me a 5% cancellation fee for my whole order! 😱 Um, what?!

Like, the entire reason I’m canceling is that my items were supposed to be quick-ship and yet, each one keeps getting pushed back. All I wanted to do was cancel my unshipped items due to the inaccuracy of what I was ordering and the delivery timeline.

So long story short, as I know this whole furniture rant is getting quite long 🤪, after much back & forth we did receive a 100% refund on our furniture! 🙌 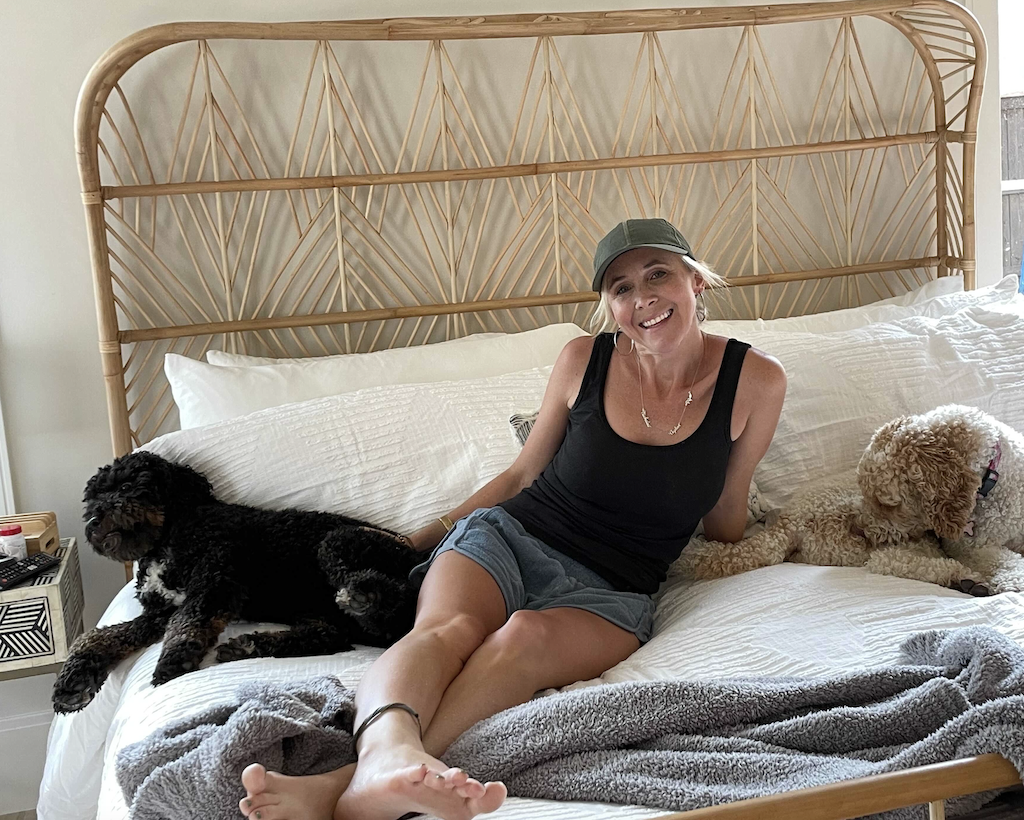 I know quite a few of my Hip sidekicks have heard about Joybird and always wondered if the quality was good so I knew I needed to share my horrible experience with everyone so you’re well informed about this company when making online furniture purchases.

And note to self, checking online reviews before forking over any amount of money is so, SO important!

And if you want to read about products we actually love, here ya go!