Did You Know Chick-fil-A Has a Hawaiian-Themed Restaurant? 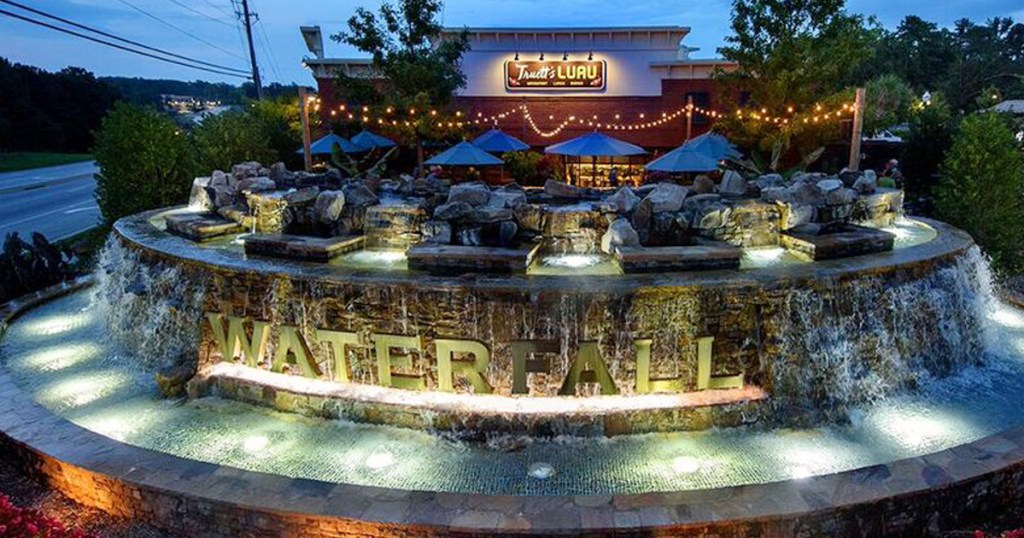 If you’ve been on social media recently, you’ve probably heard about the unique Hawaiian-themed restaurant that’s part of the Chick-fil-A chain in Fayetteville, GA called Truett’s Luau. My teenager was begging me for weeks to take her after she saw it on TikTok so I finally caved.

It’s a bit of a trek at 60 miles away so we decided to go on a Saturday and arrive just before it opened. 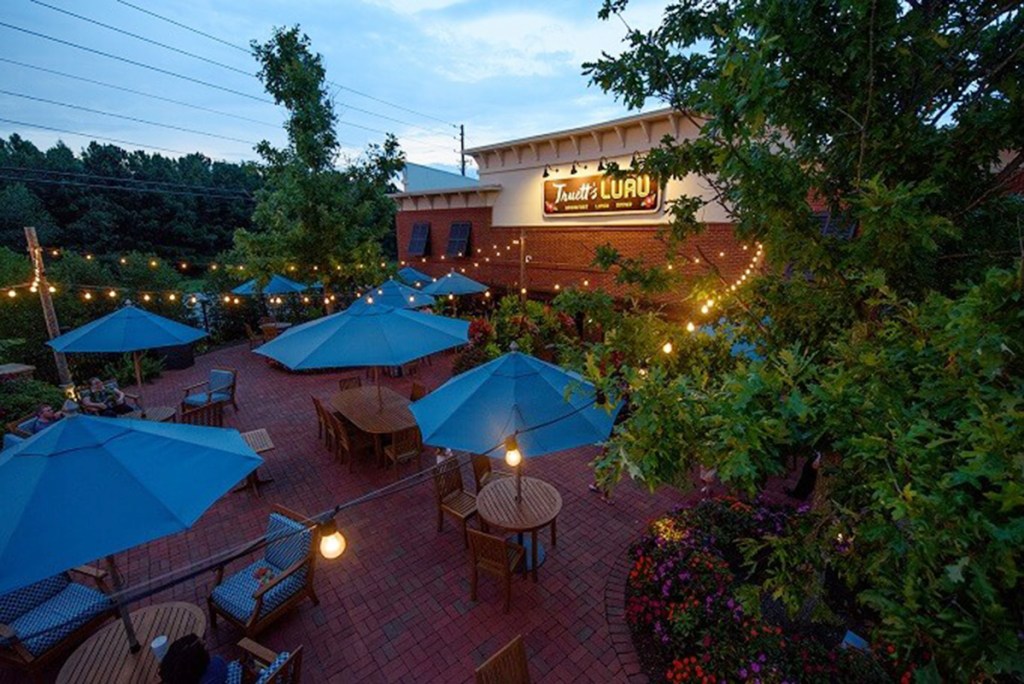 I initially thought this was a new restaurant, but after a little research, I learned that it’s actually been open since 2013 and was the last project that the founder of Chick-fil-A, Truett Cathy, was involved with.

Nearly every piece of décor used in the restaurant was handpicked by Truett himself. Oddly enough, I asked several other friends and they too thought it was a new restaurant. The power of social media is unreal!

Fun fact: My first job in high school through college was at a Chick-fil-A in Nashville, TN where I grew up. I was also one of the lucky recipients of their college scholarship and even met Mr. Cathy way back in the 1900’s. 👵🏻 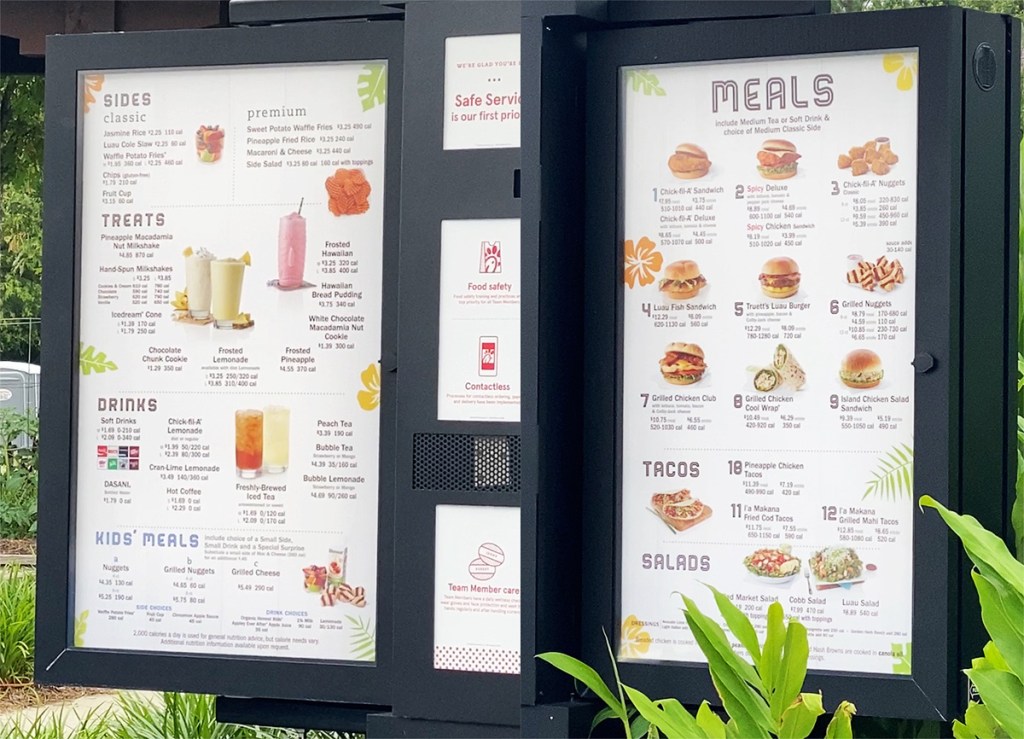 We arrived at Truett’s Luau around 10:15 am to be there when it opened at 10:30 am and there were already about 7 cars in line. People in Georgia don’t play when it comes to Chick-fil-A, and there were even several cars that were from other states. Our cashier told us they’ve had people from all over the United States and Canada come just to try it out. Wow! 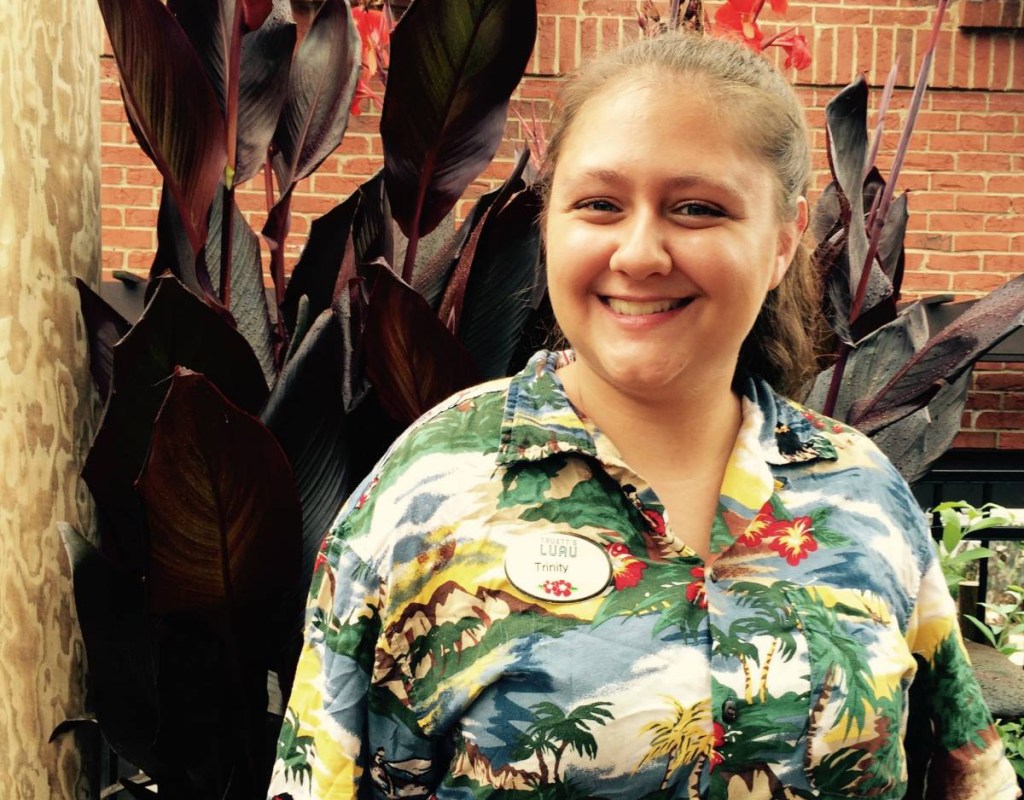 Currently, the inside of the restaurant is closed due to COVID-19, however, once it does open back up they have an even wider selection of island influenced menu items including shrimp, mahi-mahi, steak, pork and more.

They even have waiters and waitresses dressed in Hawaiian shirts that will come to your table and serve you. Okay Chick-Fil-A, I see you trying to be fancy! 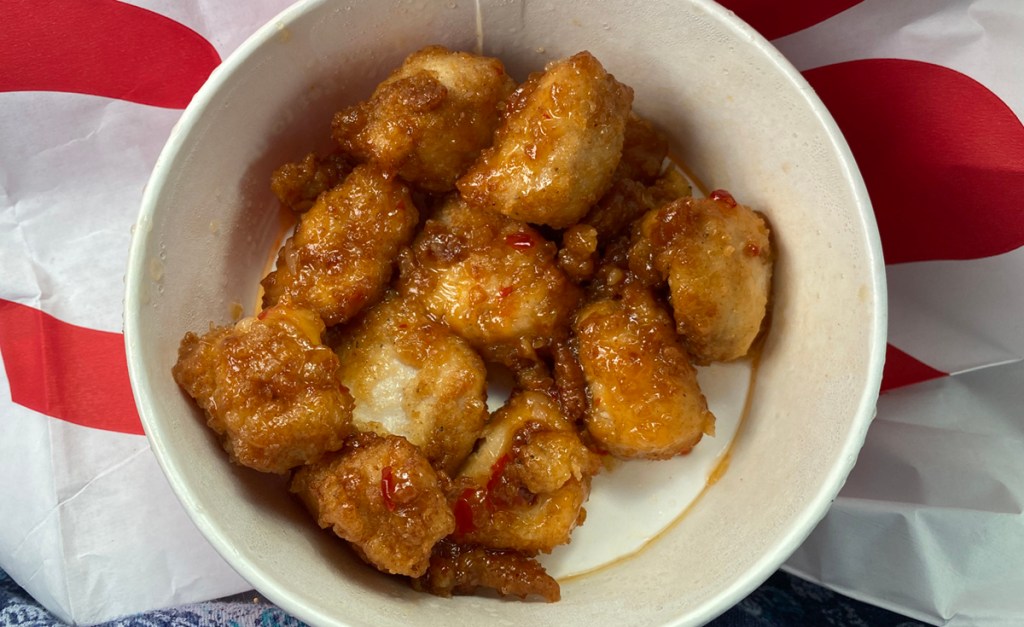 Several of our friends went to the Luau before us so we kind of had an idea of what we wanted to order based on their recommendations. Sadly, they have stopped selling the pineapple fried rice in the drive-thru for now due to Corona. 😫

We decided to get a variety of things to do a little taste test of our own… and we ended up getting way too much food and had leftovers for later. 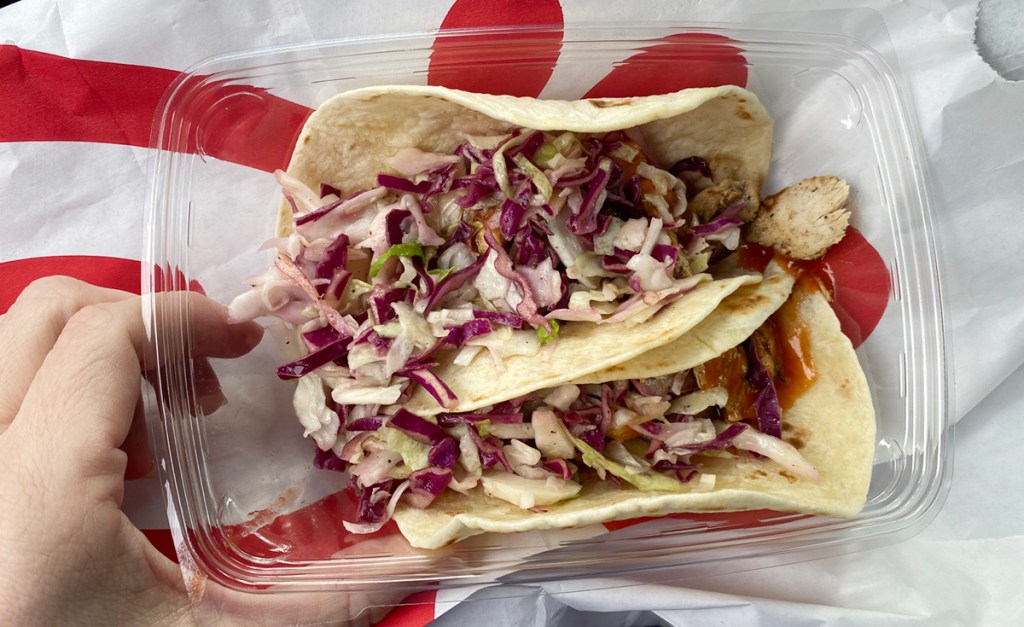 We ordered the Pineapple Chicken Tacos, Truett’s Luau Burger, Tropical Nuggets, Sweet Potato Fries, Frosted Pineapple Drink, and the Frosted Hawaiian Drink. Next time we plan to try the Fish Sandwich, Fish Tacos, and the Island Chicken Salad Sandwich – everything looked so good, but it was a little overwhelming ordering as they had someone come to the car instead of being able to look at the menu board.

I don’t know about you but I kind of prefer to look at the board when I’m ordering instead of telling someone who is standing there — it’s sort of like window shopping for food when I can look at all of the choices instead of feeling rushed. I’m just weird like that. 😅 Now, with that being said, at our regular Chick-fil-A, I don’t need to look since we already know what they serve, but this one was new to us. 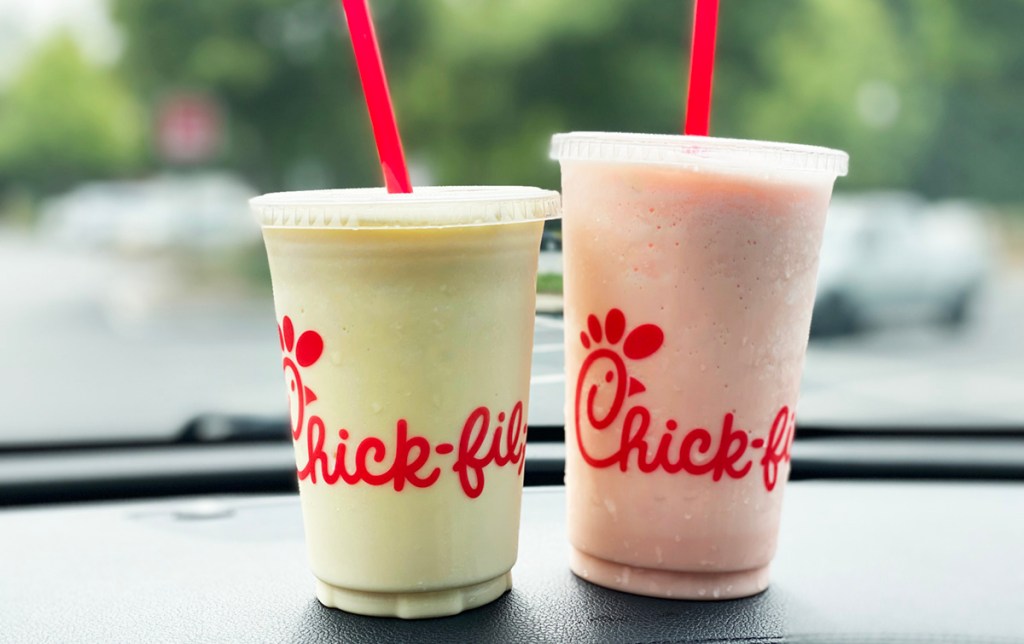 Everything we tried was a home run – especially the Frosted Pineapple and Hawaiian drinks! I’m normally not a fan of cabbage, but man those tacos were delicious!

Word on the street (I mean the internet) is that you can mix the Chick-Fil-A Polynesian Sauce with their Siracha Sauce and put the mix on regular nuggets and it makes them taste like the tropical nuggets. I’m going to have to take one for the team and do a little investigative reporting on that! I mean somebody has to do it, right? 🙋🏻‍♀️ 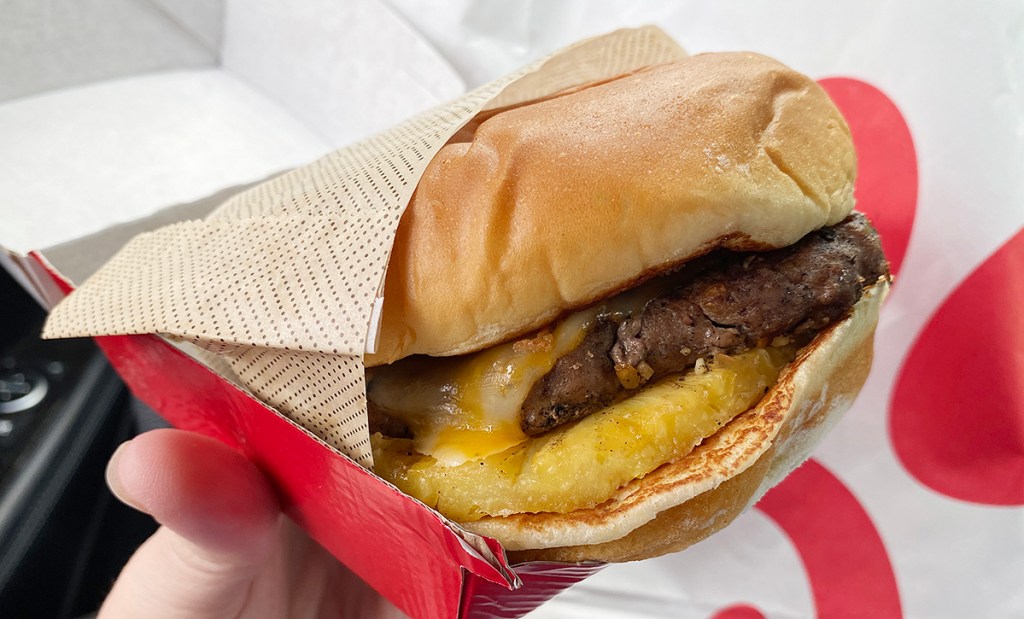 Out of all the things we ordered, the burger was actually my least favorite. It wasn’t bad at all, but it was just a regular burger with pineapple on it, nothing special in my opinion – naturally, the chicken is truly the star of the show at Chick-fil-A. 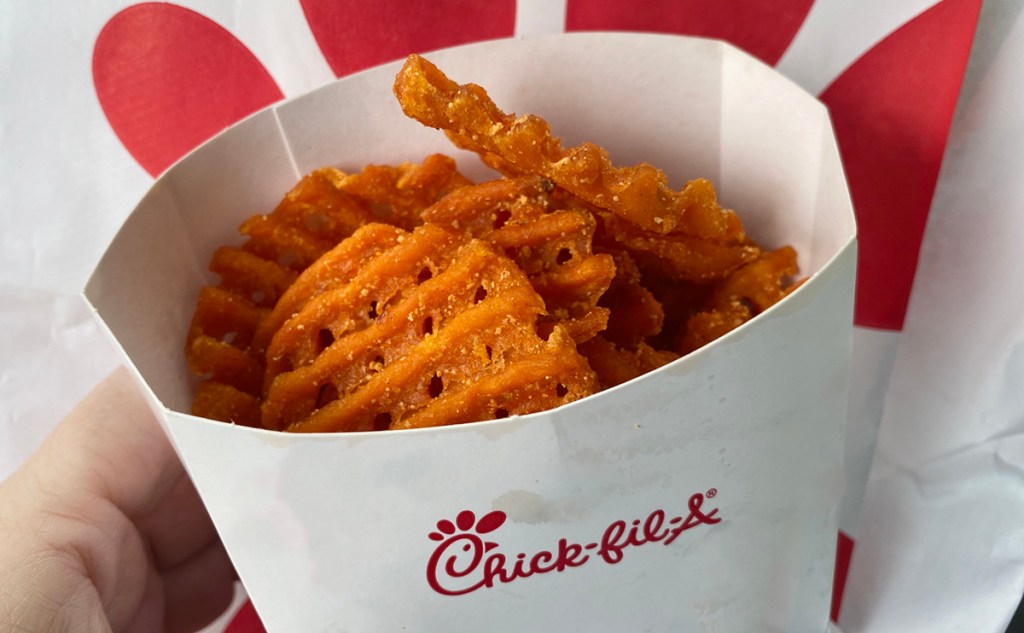 Other fun items you’ll find on the unique menu include Luau Coleslaw, Hawaiian Bread Pudding, White Chocolate Macadamia Nut Cookies, Pineapple Macadamia Nut Milkshake, Bubble Tea & Lemonade, and a Luau Salad in addition to the fish options mentioned above. My daughter was a huge fan of the sweet potato waffle fries and said she actually preferred them over the original.

This was a short little road trip to take and something fun to do and get out of the house for a bit. If you’re in the Atlanta area, you gotta check it out and let me know what you think! 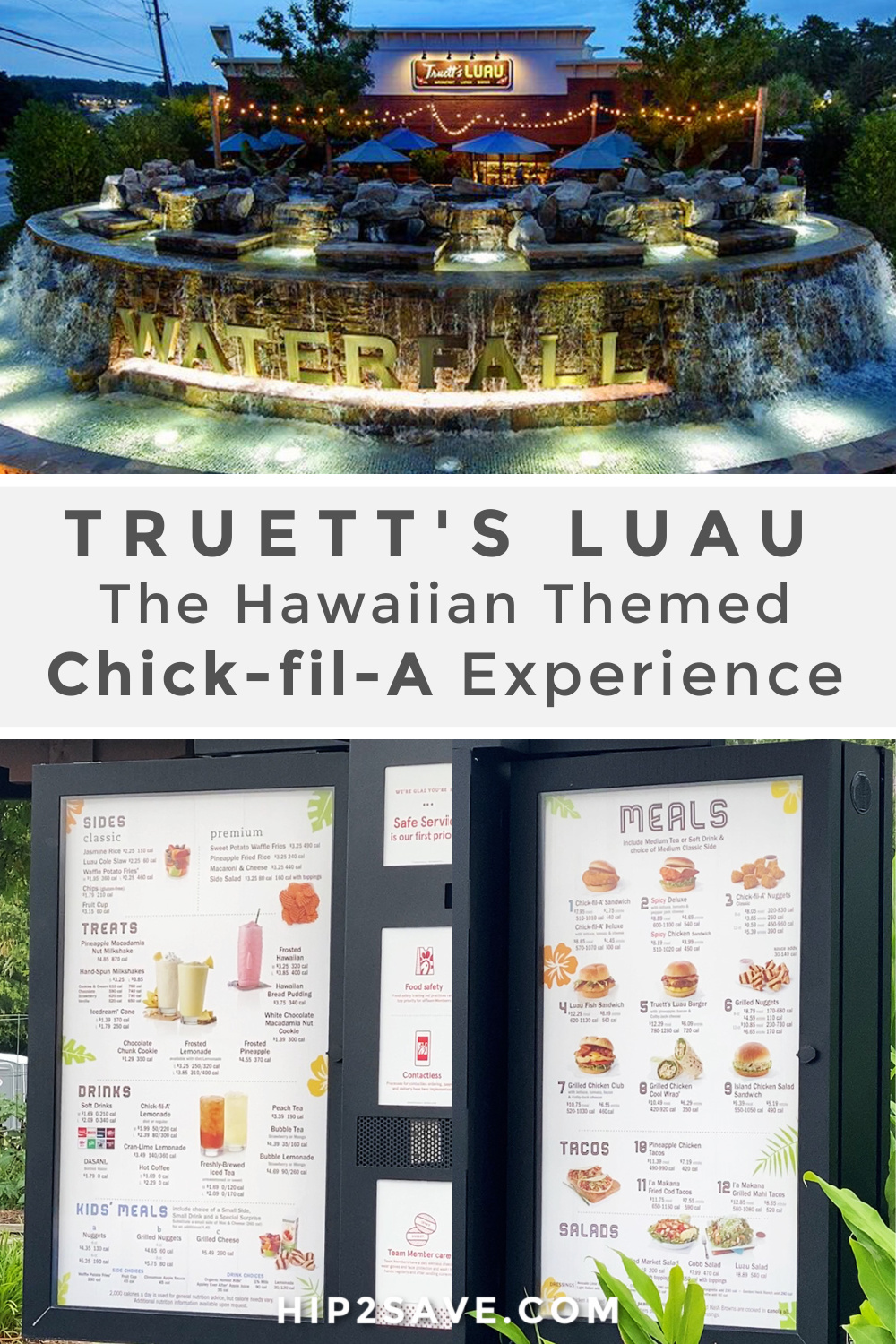