The Amazon rebate site, Rebaid, seemed too good to be true, but I just used it again & it’s better than ever! 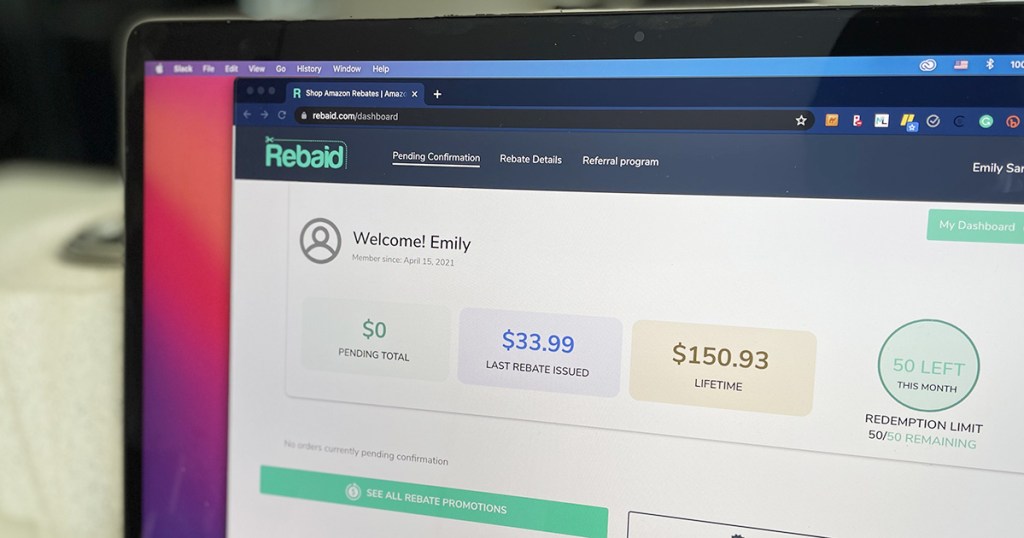 I’m back with even more Rebaid savings!

Okay, okay, I know I’ve been talking a lot about the Amazon rebate site, Rebaid, but guys… it just keeps getting better! Like I mentioned in my last update, I became eligible for direct deposit after redeeming two rebates, so of course I had to try that out ASAP. 🙃

I know that we had some skepticism about Rebaid in the past, and I can totally see why! I get that it seems too good to be true, but I’ve continued using the rebates and I can confidently say that it’s completely legit. 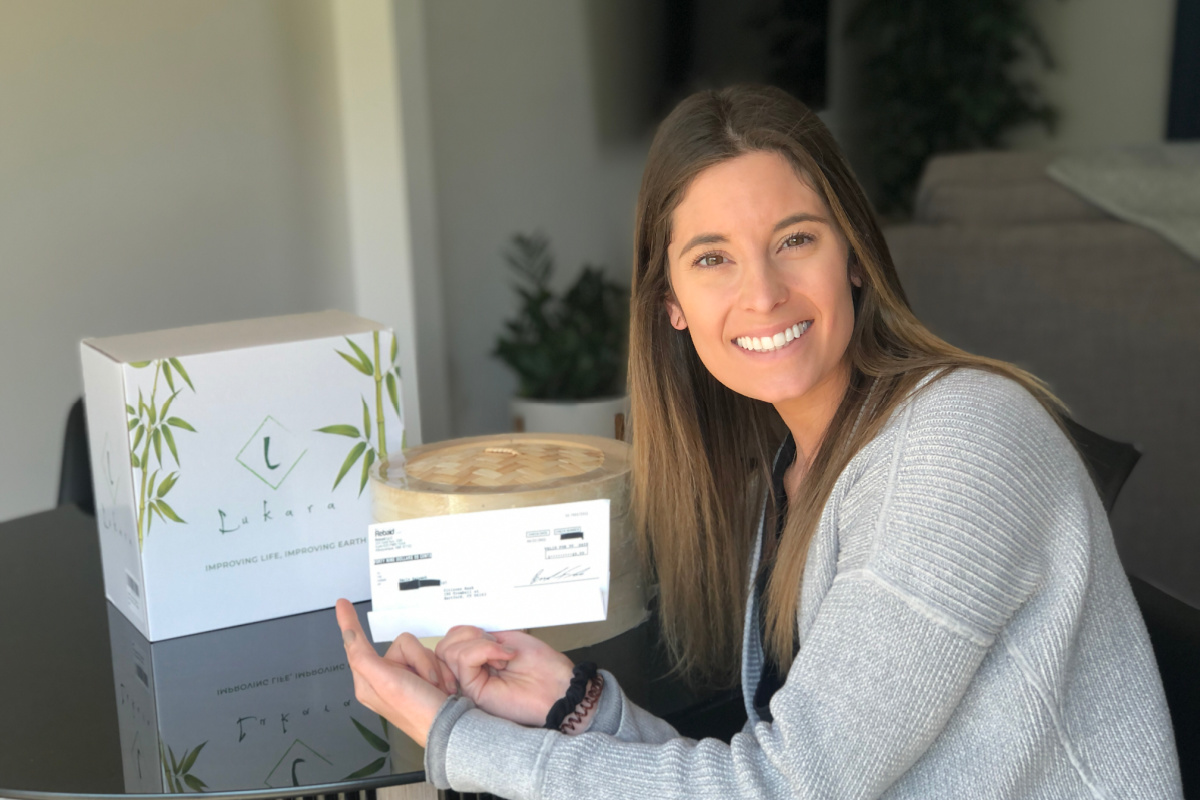 To be completely transparent, we have now partnered up with Rebaid (after my success with their rebate offers) to help spread the word about their site. HOWEVER, please know that neither Rebaid, nor my Hip2Save team, is asking me to apply for these or any rebate offers. I’ve been personally using this site on my own time, at my own will, using my own money — I’ve just scored some amazing savings & truly can’t recommend Rebaid enough!

But before I get into my latest buys, let me recap my Rebaid adventures so far! 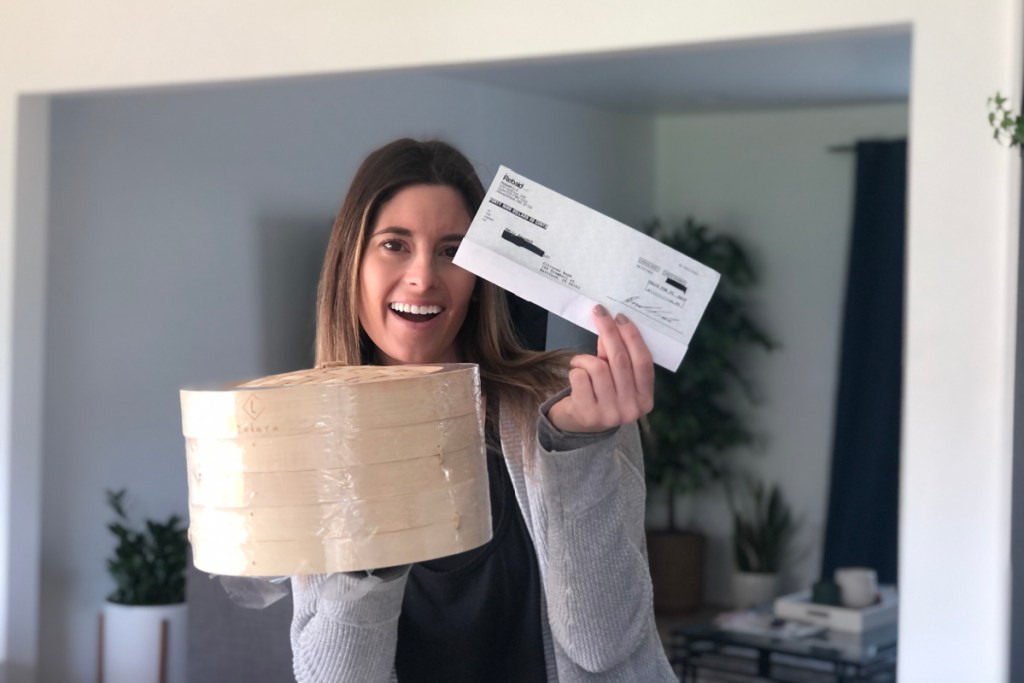 Just in case you guys missed my last updates, here’s what Rebaid is & how it works.

If it’s not already obvious enough, Rebaid is a rebate website that offers rebates on tons of products! Plus, it’s FREE to join Rebaid and it truly is for any online shopper since they offer such a wide range of products from large retailers like Amazon, eBay, Etsy, and Walmart.

Best of all, they even offer rebates for 100% back 😱 so you can essentially score FREE products! Like I said, I totally understand how incredibly scammy it might seem to you (or maybe not!), and if I’m speaking from my own experience, I was actually thinking the same thing when I first heard about Rebaid.

To summarize my experience so far, my first buys included a steamer basket (pictured above!), some cat grass for my boyfriend’s cat 😽, and these Cleverfy Shower Steamers. And yep, they were all freebies after the rebate!

I had a ton of fun getting free stuff, but I also had one tiny complaint… 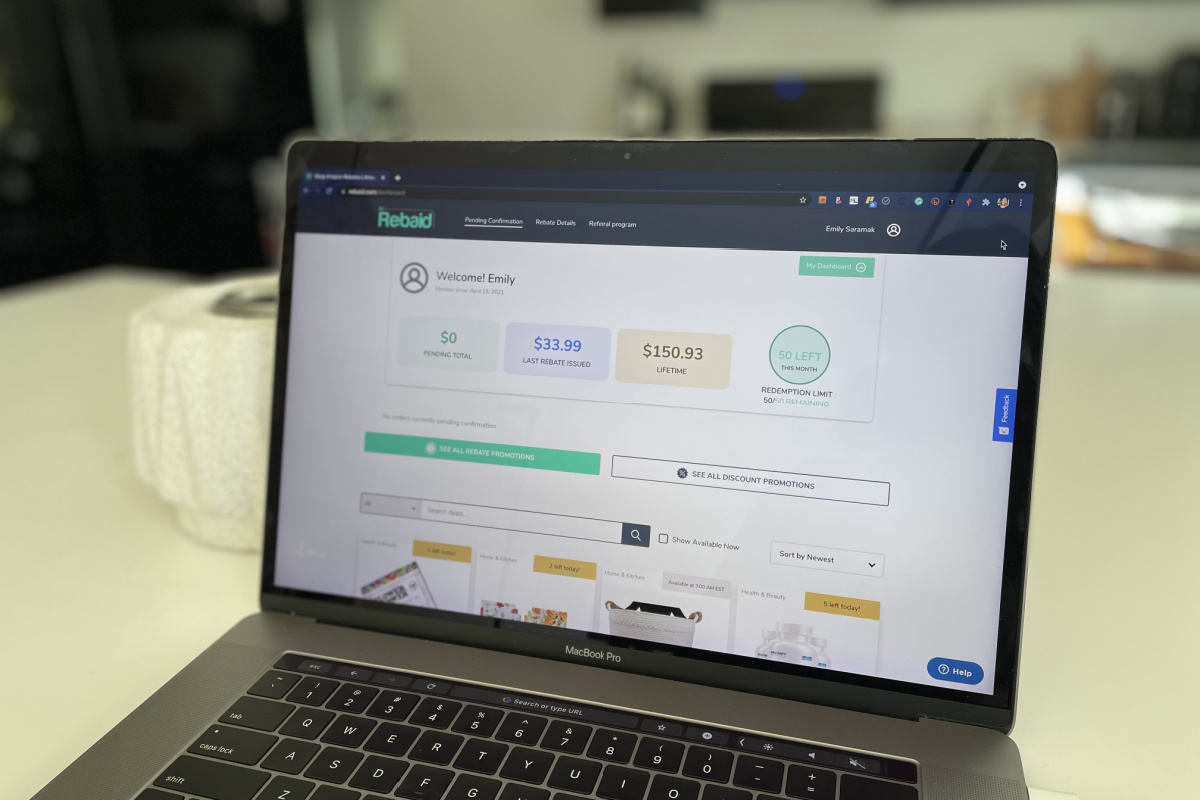 The first few times I used Rebaid, they said it could take about five weeks to receive the rebate checks. 😱 Luckily, I had received mine a bit earlier than that and never had any problem depositing them. But when the checks take such a long time to arrive, it feels less like getting “free items” and more like getting “surprise money” way later down the road.

I mean, I also enjoy surprise money 🤣, so the wait wasn’t that big of a deal for me.

But I admit that it’s a lot more satisfying to get the cash back & see the discounts right away! When you find something you could really use but don’t exactly have the budget for it at the moment, it’s a little bit of a bummer to have to skip a deal because the rebate takes a while to get to you.

However, after I redeemed my second rebate, I was able to get direct deposit! 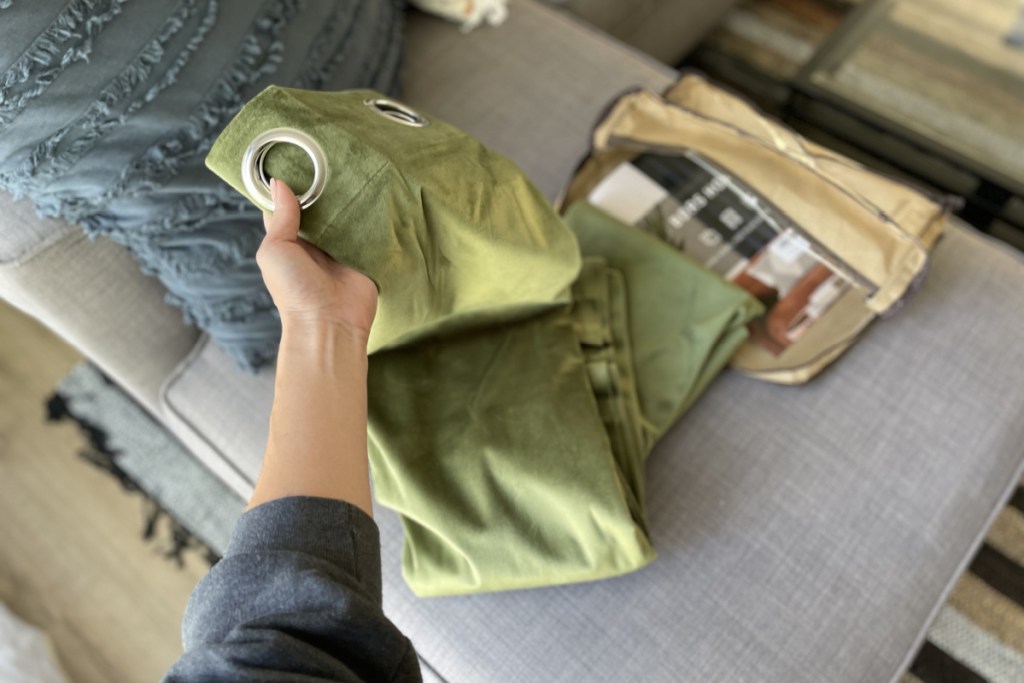 And it made the Rebaid process even more exciting! This month, I ordered a set of velour curtains for $5 after rebate (originally $29.99 at time of purchase) and this wall-mounting garage tool organizer for $15 (originally $44.99!).

I was already hooked before I even got direct deposit, but the process was so easy & fast that I can’t wait to keep scoring more freebies!

To get the direct deposit, you just have to redeem at least two rebates and have an account that’s at least five weeks old. 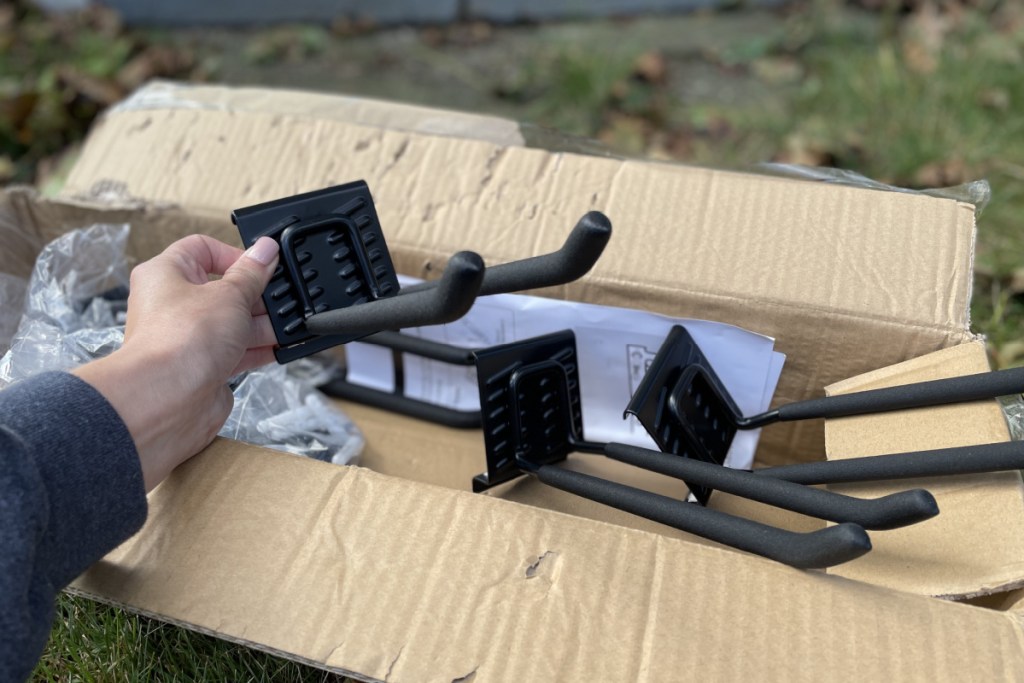 The direct deposit process couldn’t be easier, and even though I technically got the previous items for free after rebate, I definitely felt more like I was scoring a great deal when it only took a few days for the money to pop back into my bank account. 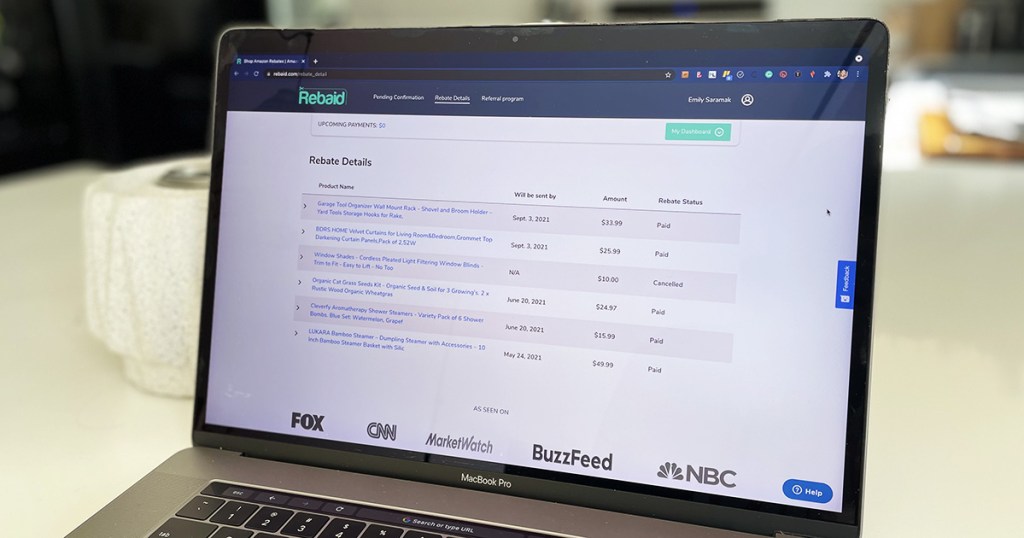 And in case you haven’t used Rebaid before, here’s how to get started!

There are two ways you can place your order after opting in for the rebate:

& that’s literally all you do to get your rebate! 🙌 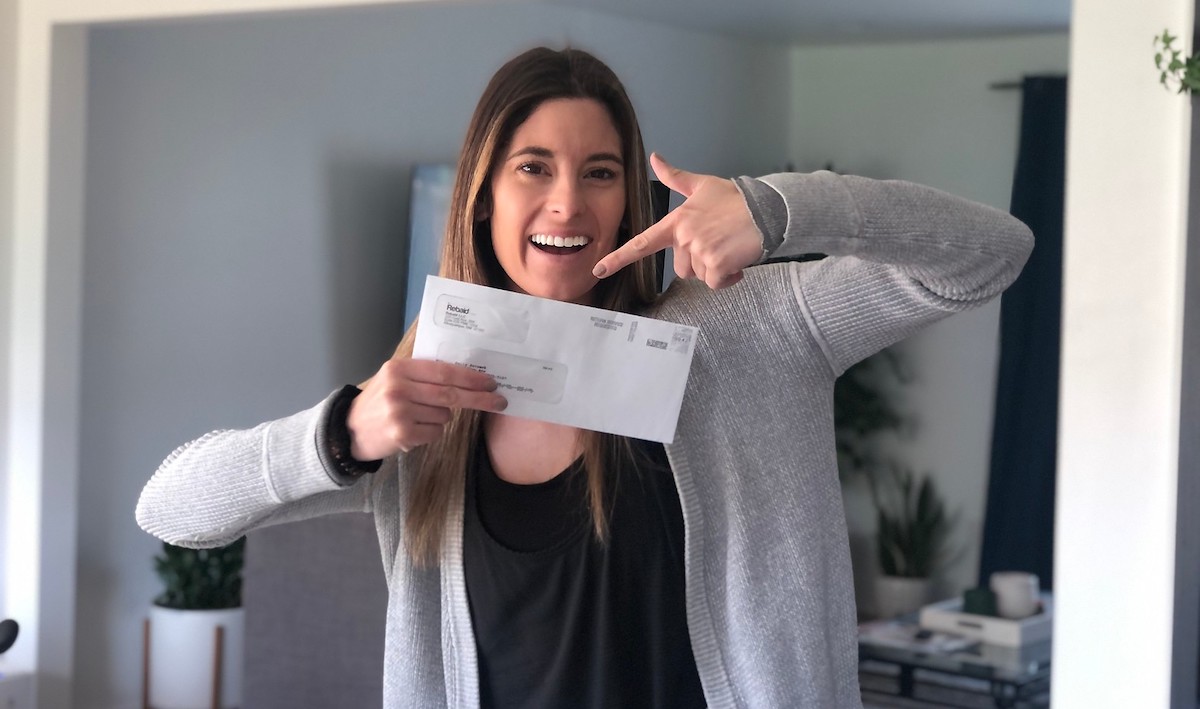 With all of that said, it’s hard to find any real caveats to keep me from recommending this Amazon rebate site to anyone. Aside from my New York sales tax not being covered by the rebate and the amount of time a paper check could take, it’s hard to argue against something that truly works and gives you the ability to essentially score free products!

And now that I have direct deposit? You can bet I’ll be scooping up all the best deals, so you guys better hurry if you wanna beat me to it! 🤣

So what are you waiting for friends?! This Amazon rebate site is a total win for all!

Get started for FREE with Rebaid here! 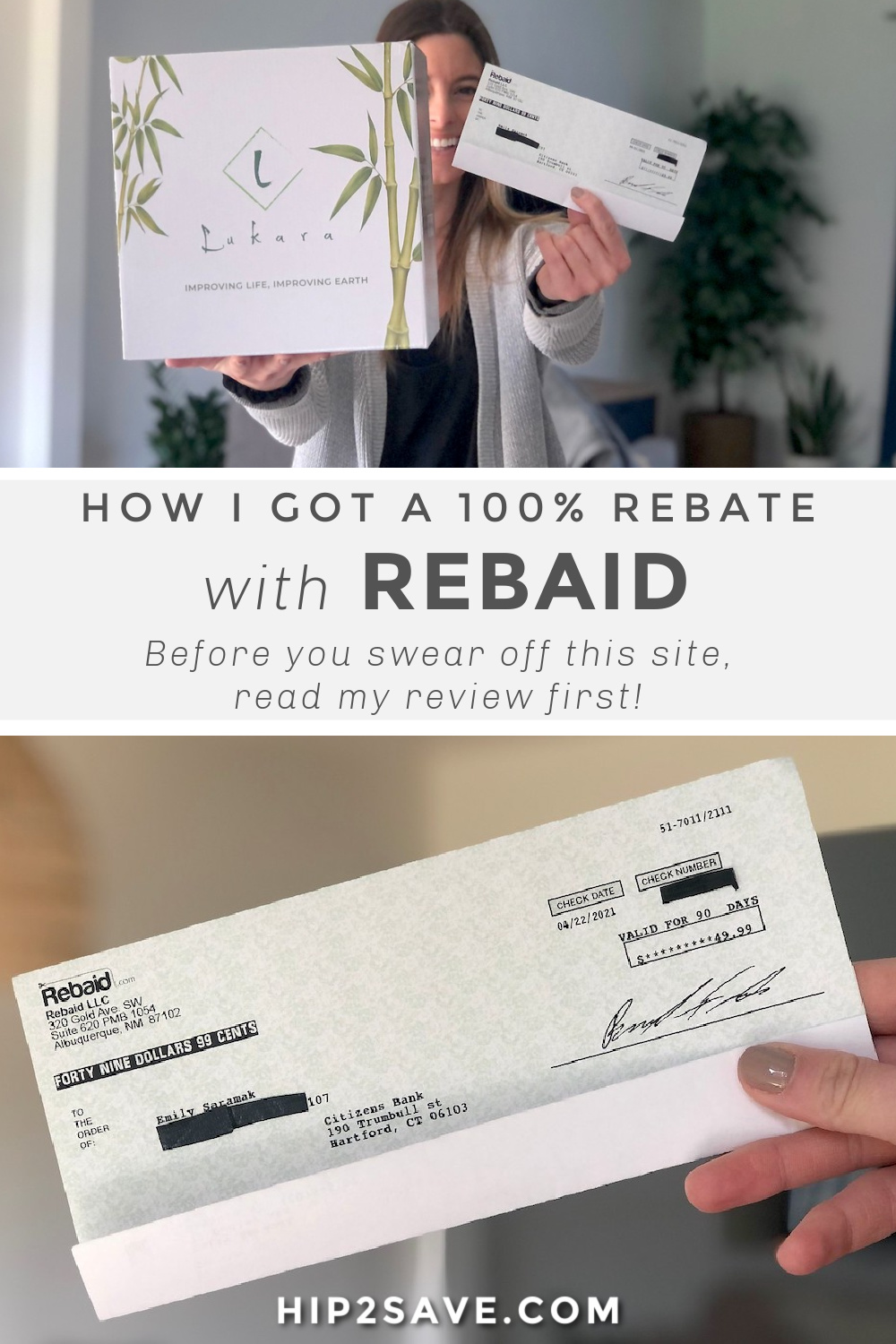