Sam’s Club Vs. Costco: Who Has The Best Prepared Foods? 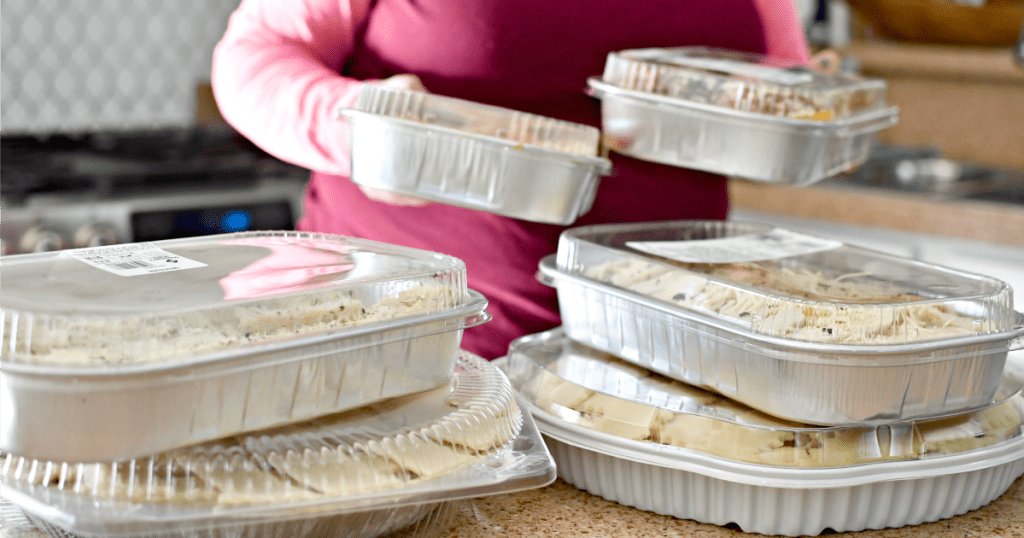 Do you have a Costco and Sam’s Club nearby?

If you’ve ever strolled by the refrigerated prepared food section at either Costco or Sam’s Club, then you’ve probably noticed the large selection of meals that are already prepped and ready for you to just throw in the oven to cook.

We even did a post on Hip2Save previously about which warehouse club offers the best deals on prepared foods, but this time we’re taking it a step further and I’m having my entire family taste test the similar options from both Warehouse clubs. 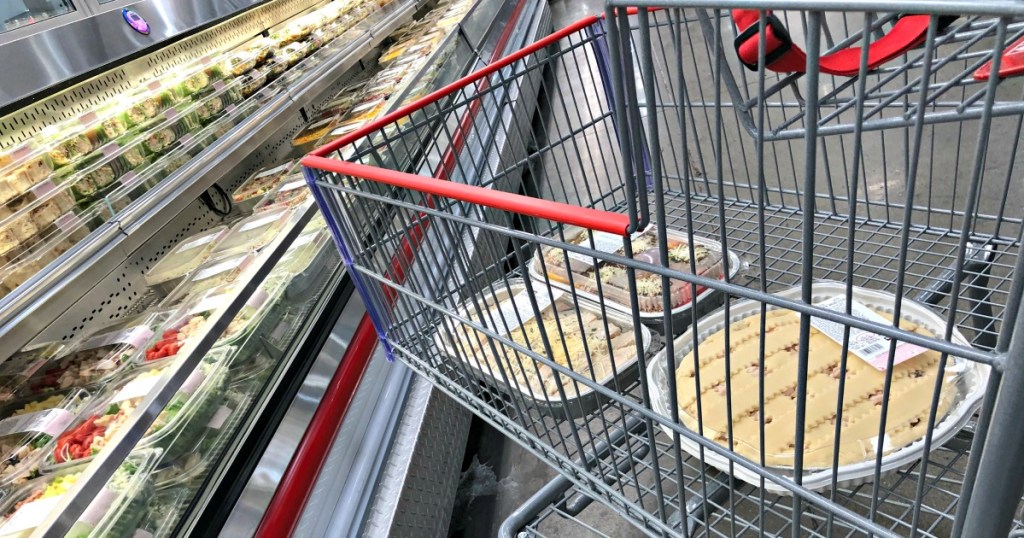 Take and bake meal options can be convenient and yummy!

In a perfect world, I’d like to cook from scratch, homemade meals each day. However, sometimes that doesn’t happen – and that’s when these already prepared meals are such a lifesaver, especially for busy families like mine! They usually cost less than eating out, and in the end, you’ll get a straight from the oven comforting family dinner. 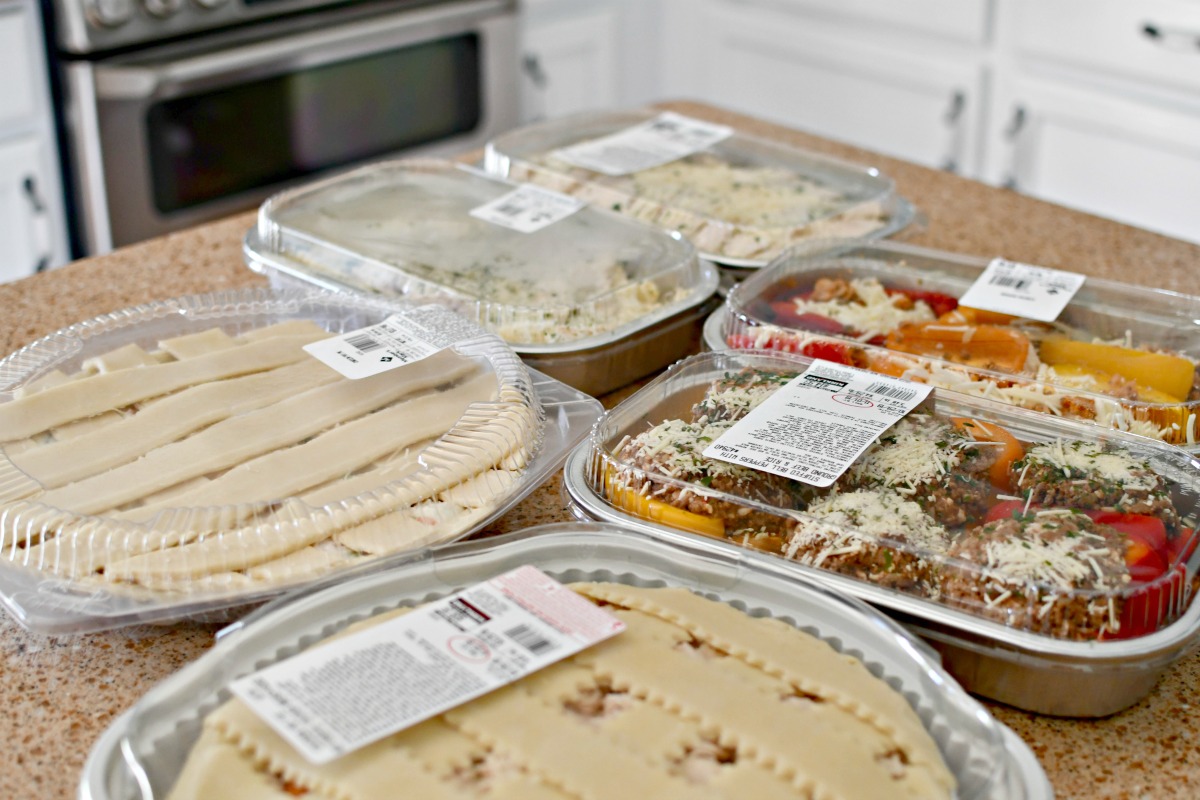 Today, my family and I will be taste-testing 3 popular Sam’s Club and Costco prepared foods! I’ll be going through the cost, plus the taste and texture differences I notice between the two warehouse versions of the same meal. We will ultimately be picking a winner of the best chicken pot pie, stuffed peppers, and chicken alfredo- YUM!

In case you’re like me and have both a Costco membership and a Sam’s Club membership, I hope this comparison post is super helpful! In fact, last week I discussed which warehouse club had the BEST pumpkin pie through a similar taste-testing comparison, and many of you readers asked for more posts like this. 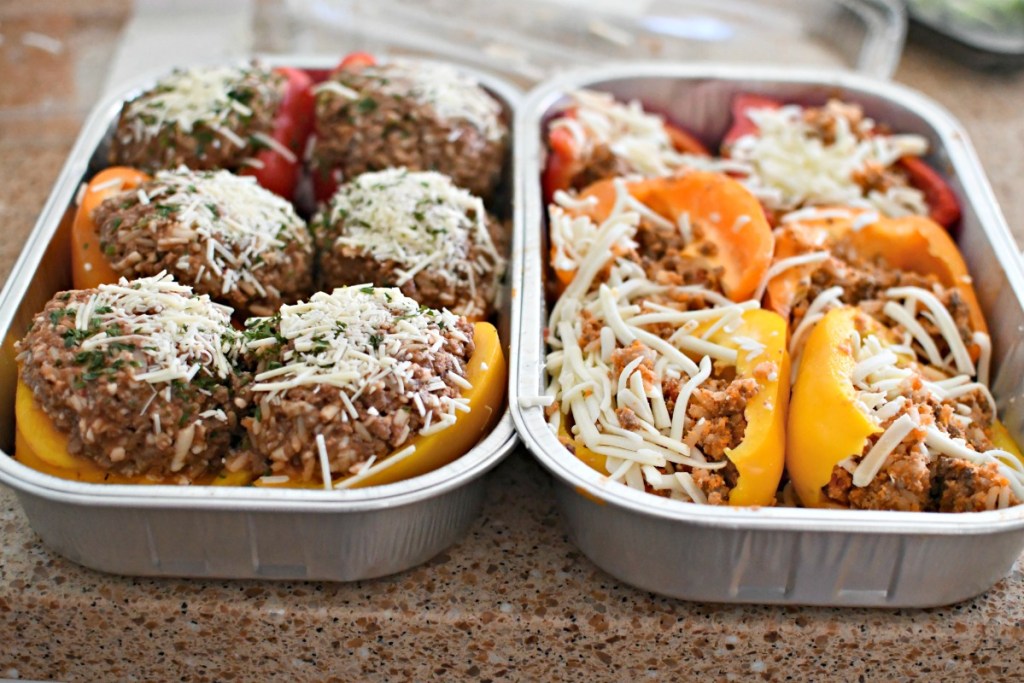 Stuffed bell peppers are one of my favorite meals because they feature a roasted bell pepper as a vegetable, rice as a starch, and ground meat as protein, for a completely balanced meal that’s both delicious and filling. They are topped with cheese, and I love how the bell pepper becomes sweet and tender when roasted. 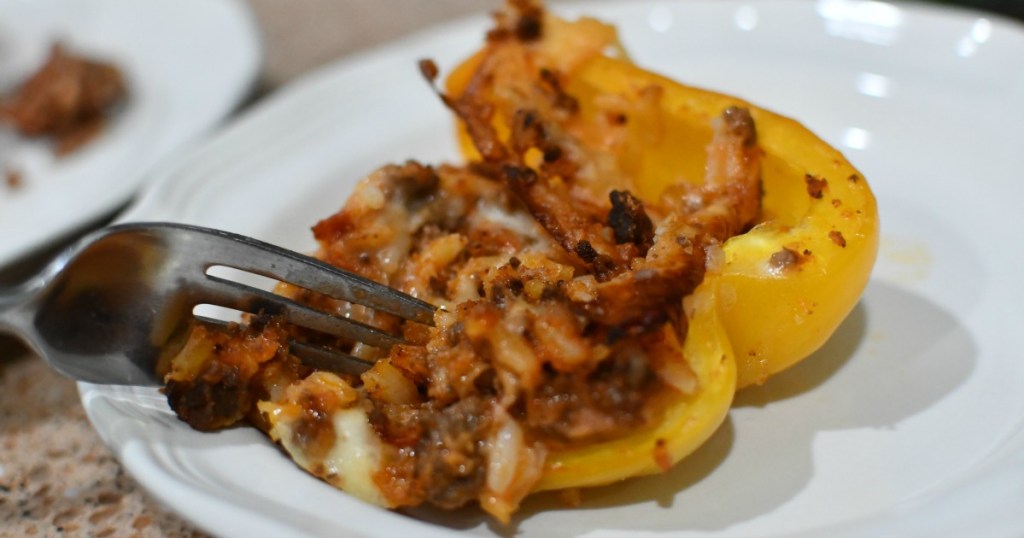 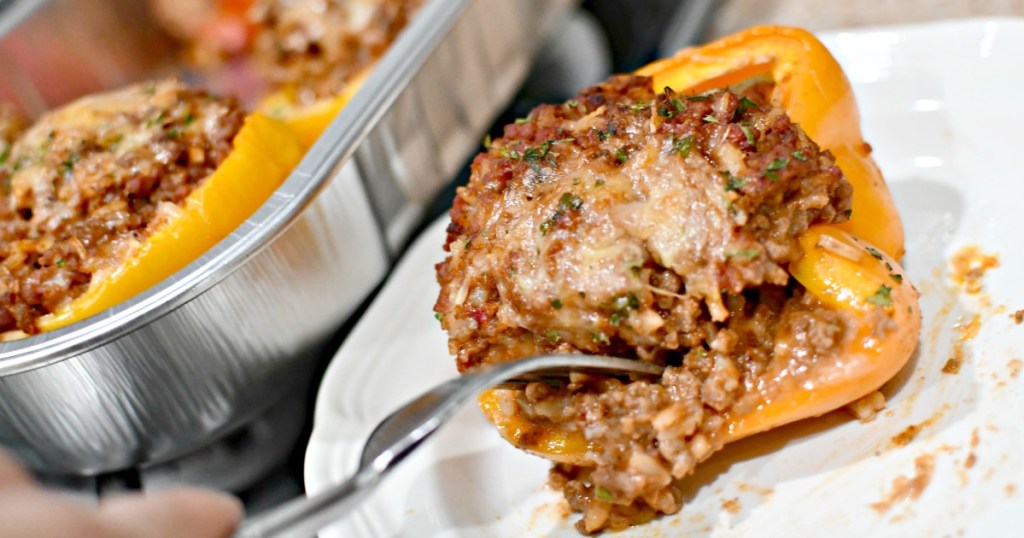 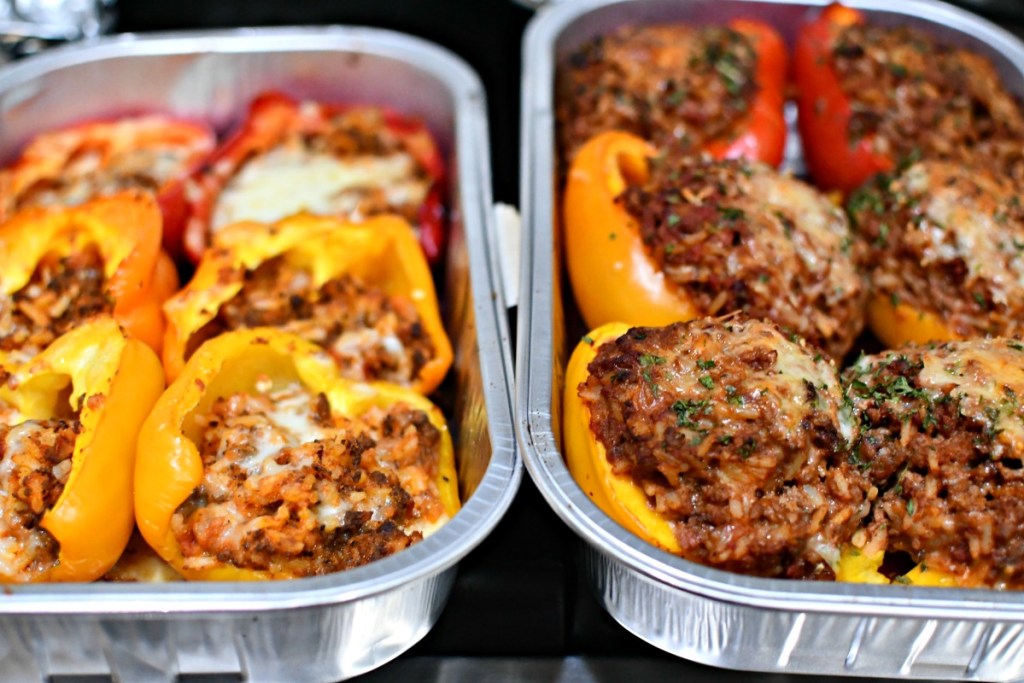 Result: Costco is the Winner!

I love the taste and texture so much! There is so much more meat and rice filling per pepper, so to me it’s definitely worth the extra per pound cost for the Costco peppers! 4/4 of my family members voted Costco!

It’s worth noting that the Sam’s Club peppers are also tasty, but if I had to choose one, I’d pick the Costco version of stuffed peppers over Sam’s Club. 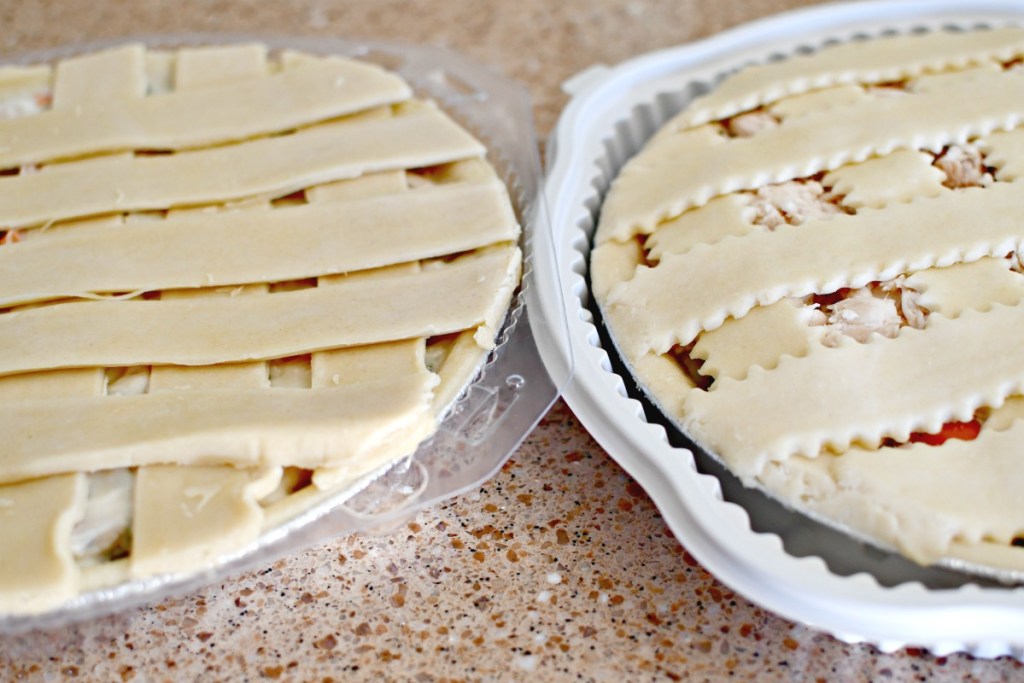 Chicken pot pie is a classic childhood favorite with a creamy filling of veggies and chicken and then topped with a flaky crust, which most of us know is the best part! It’s pretty much the definition of comfort food, yet it’s a bit labor intensive to make completely from scratch so buying it prepared makes sense for busy evenings!

Both the Costco and Sam’s Club pies have 18 servings and take about an hour to bake in the oven. 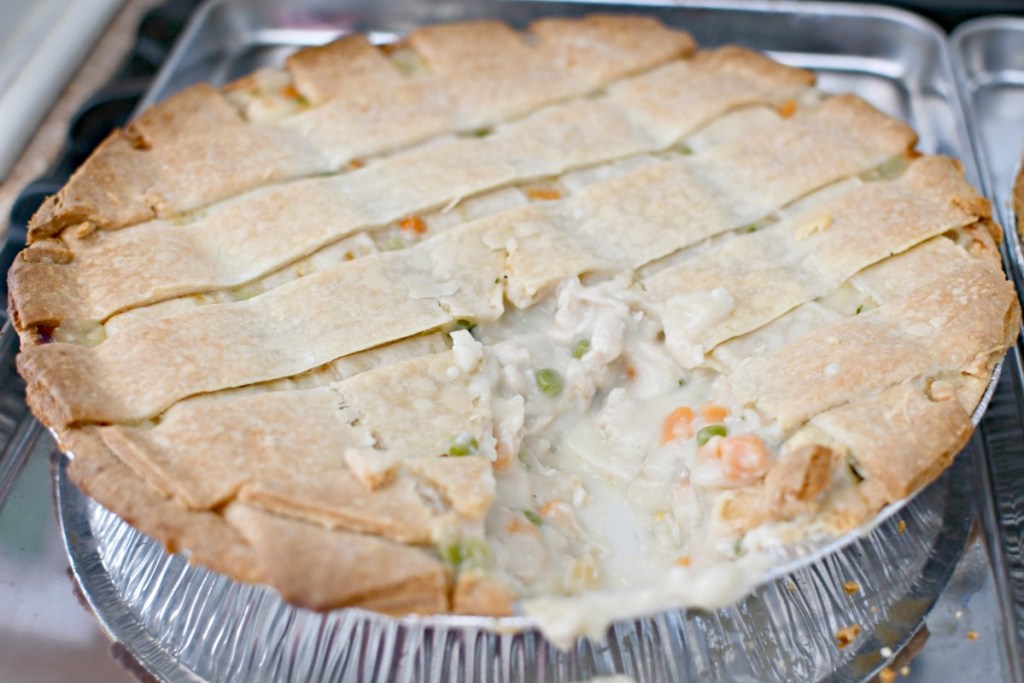 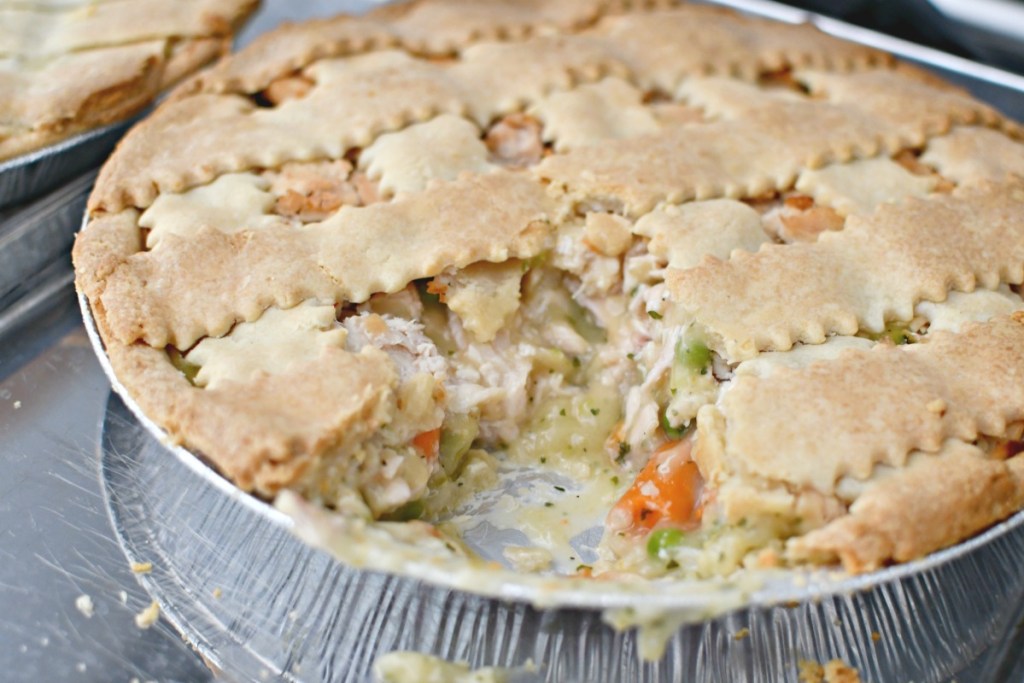 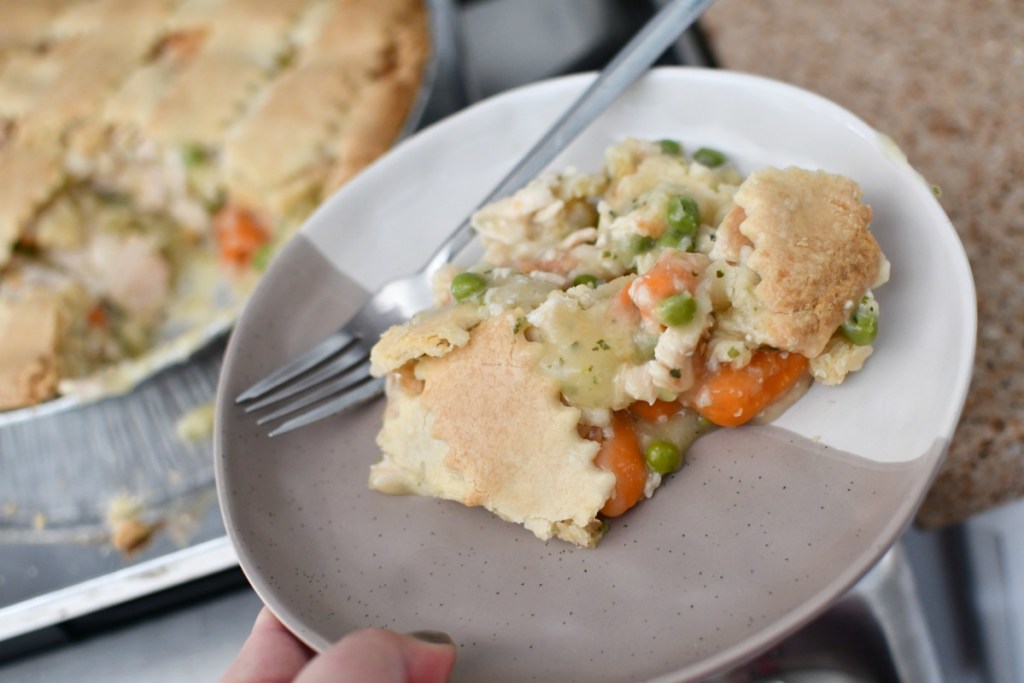 Result: Costco is the winner!

This Costco chicken pot pie was the clear winner with a 4/4 majority vote from my family. It’s interesting too that the per pound cost is a little higher on the Sam’s Club version, but I think the quality of ingredients is higher with the Costco version, and seems more gourmet.

I will say that the flavor of the Sam’s Club cream filling was actually my favorite taste-wise, but I couldn’t get past the soggy tasteless pieces of chicken, and if I had to pick one over the other, I’d go with Costco! 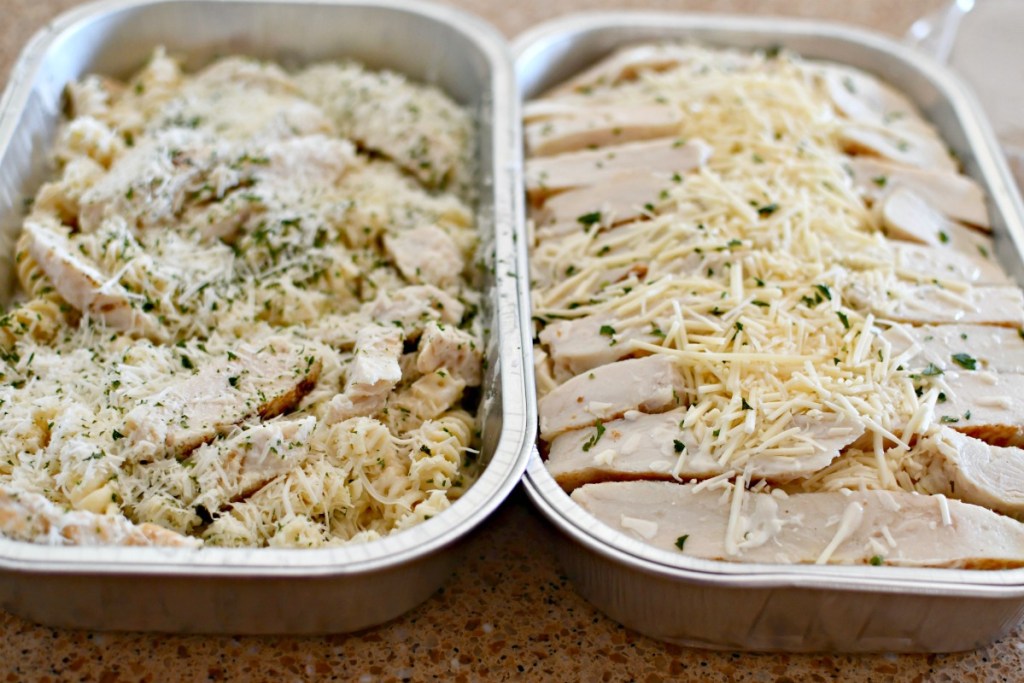 Chicken alfredo is a rich, creamy pasta dish featuring lots of parmesan cheese, butter, and cream. It’s a crowd-pleasing savory Italian dish that my family sure loves. My kids like to order this meal at restaurants, so I was excited to try this take and bake version from both Sam’s Club and Costco! 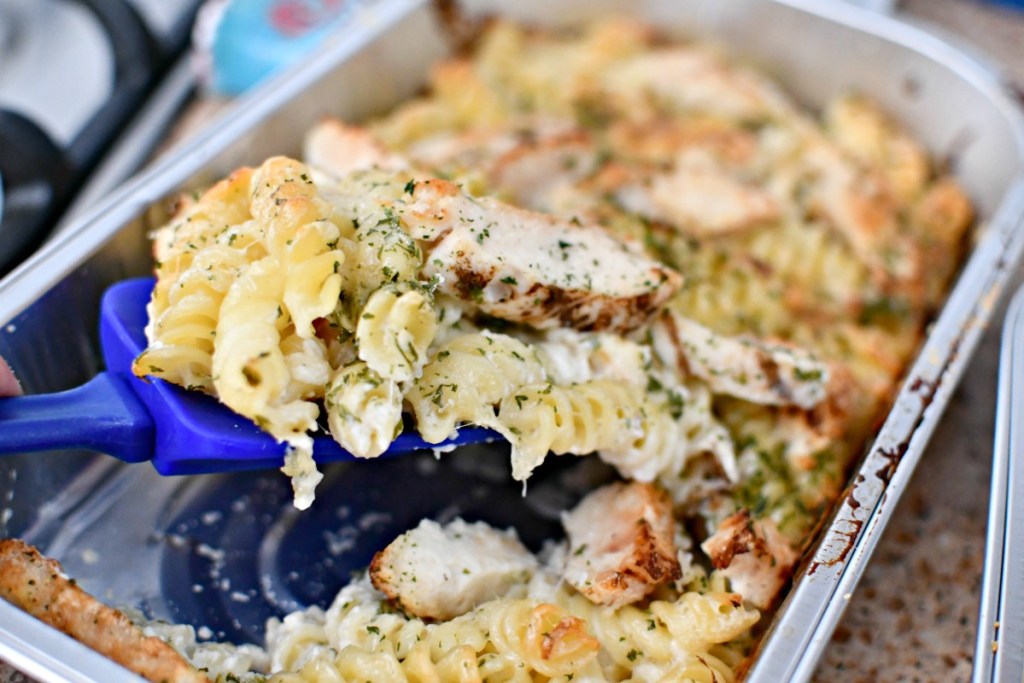 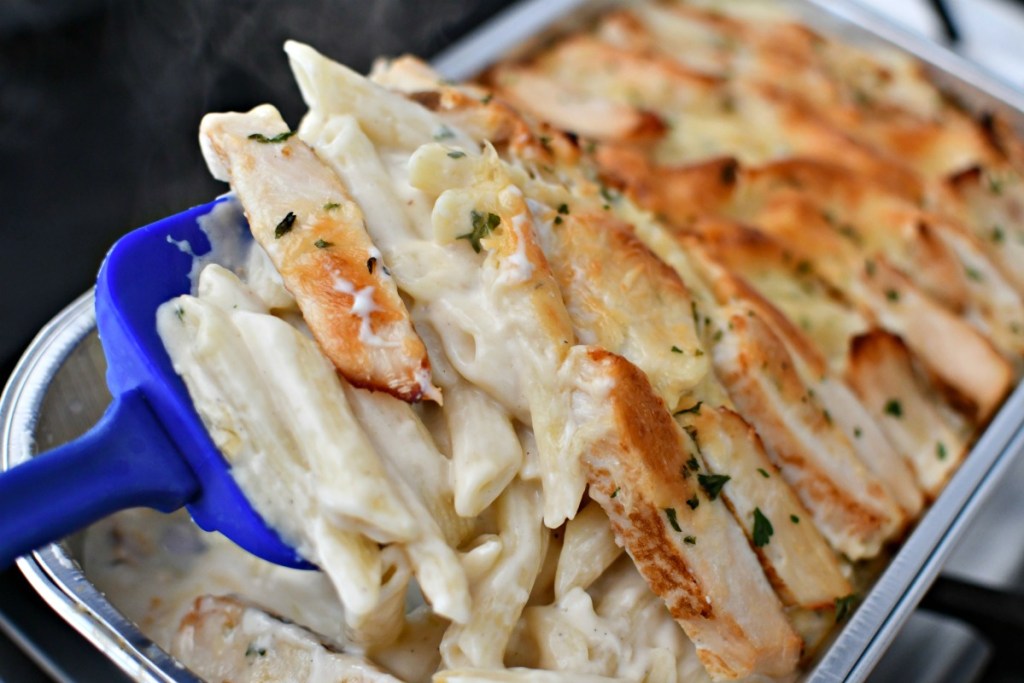 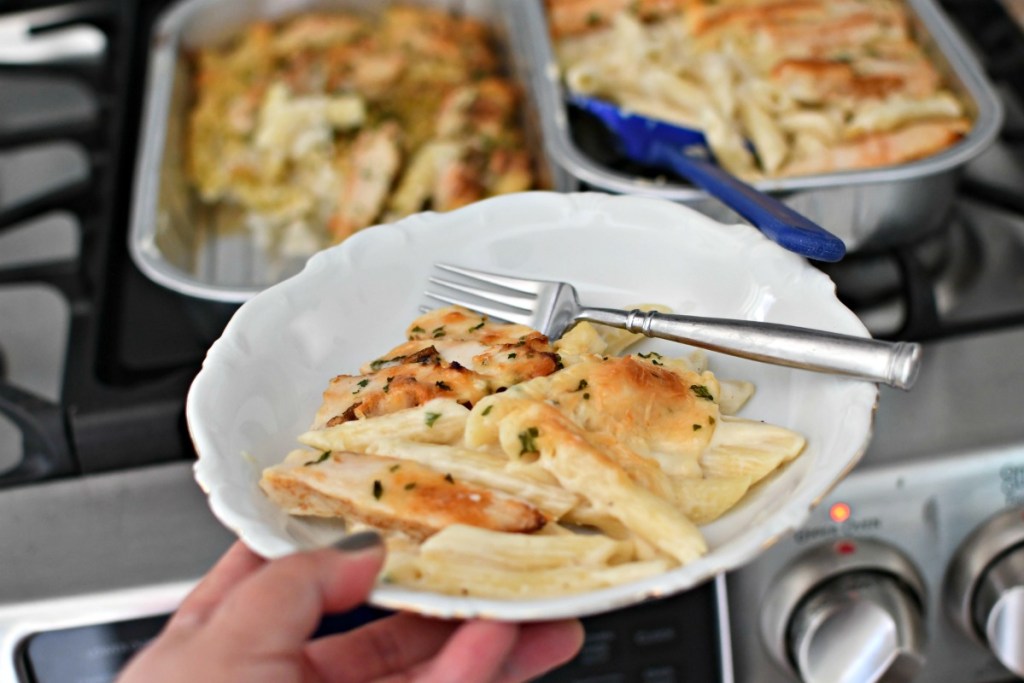 Result: Costco is the winner!

It’s so interesting that the cost per pound is the same for this dish, yet they are pretty different. Costco’s has much more sauce and chicken, and was overall a better tasting experience. 4/4 of us votes for this Costco version of chicken alfredo!

And that wraps up our taste test!

Costco for the win! 🏆

Do you agree or disagree? Let us know in the comments!

On a side note, I may like the Costco prepared foods better, but team member Paige love to shop at Sam’s Club over Costco – here’s why!

We’ve got all of the current Costco deals for ya right here! 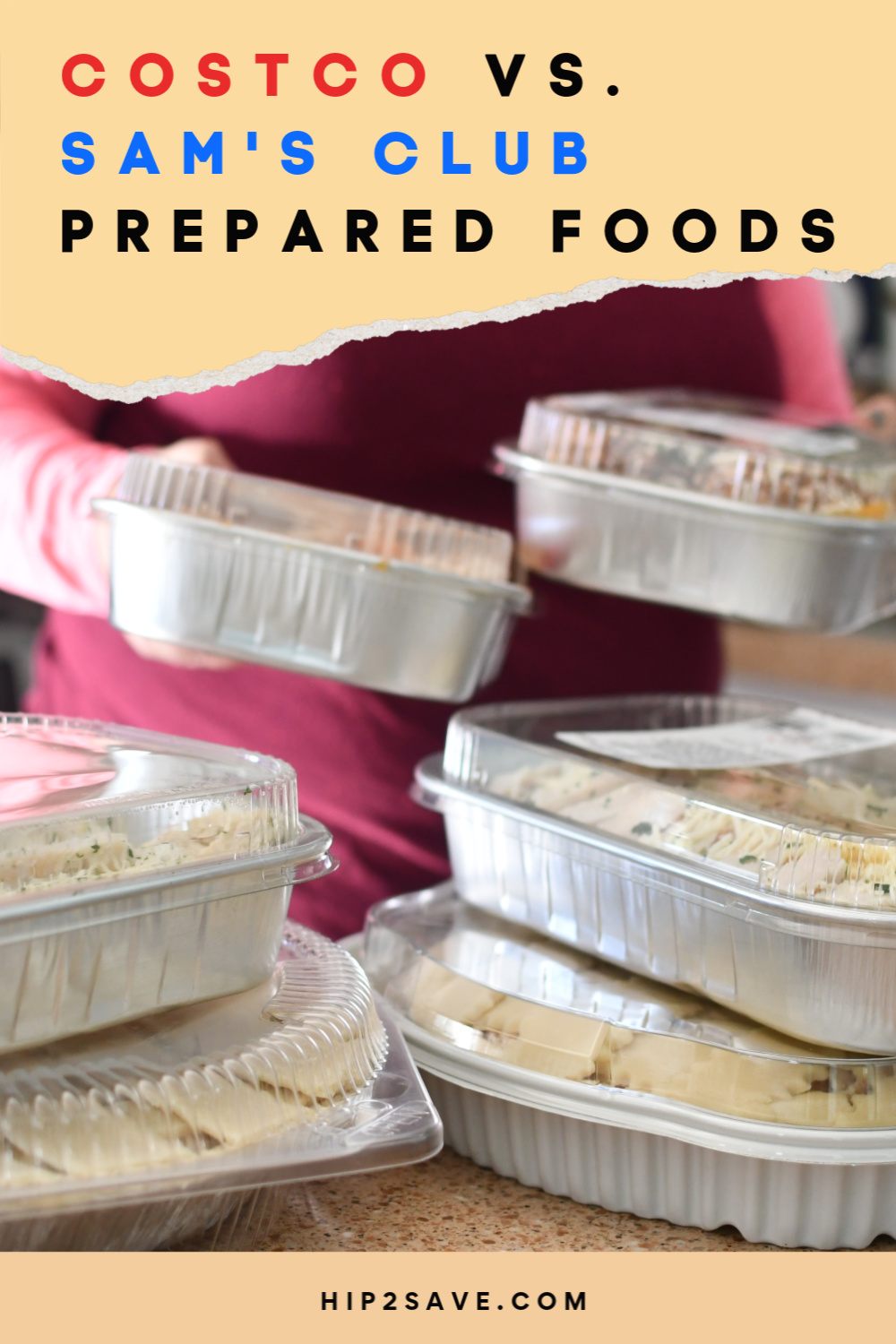