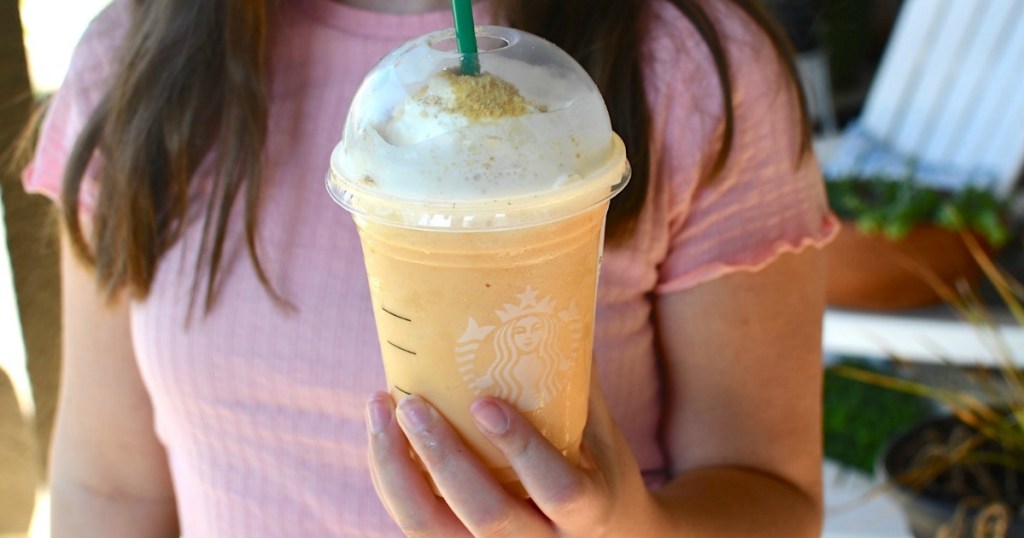 WE DID! And we’re sharing how you can order this incredibly delicious, fall-inspired Starbucks secret menu drink the next time you head to Starbucks. Read on to get all the juicy details. 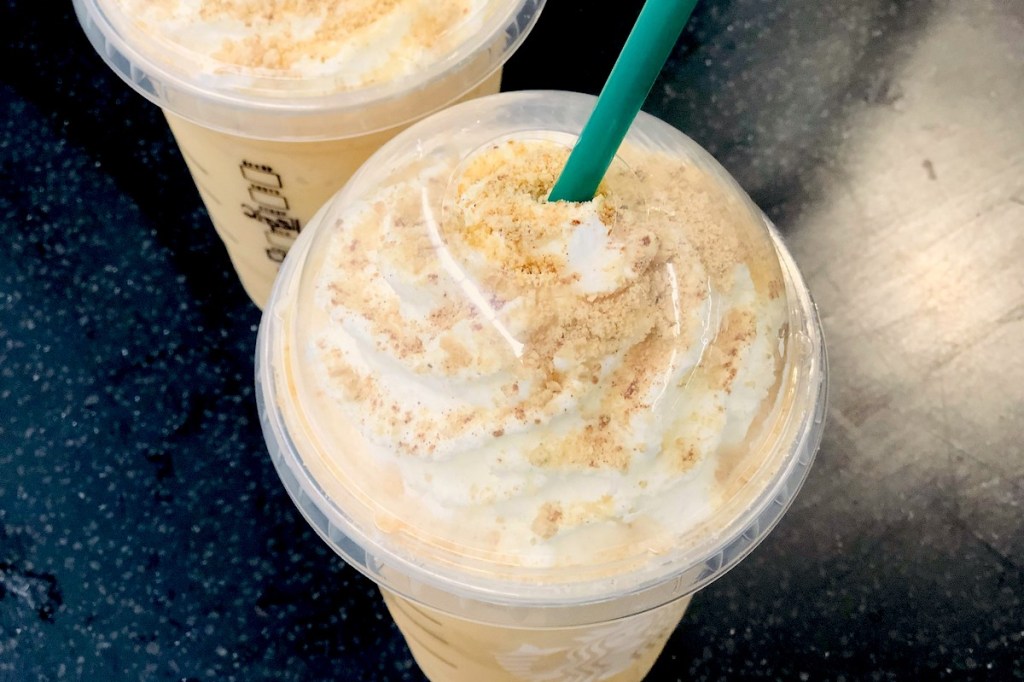 Even though Starbucks pumpkin items, like the pumpkin spice latte & delicious pumpkin cream cold brew, are available right now, we’re still mixing up their menu with some of the hottest (or should I say chilliest) secret menu drink hacks yet!

And thanks to Delish.com, we discovered exactly how you can spice up your next drink order – perfect for fall! 🍂 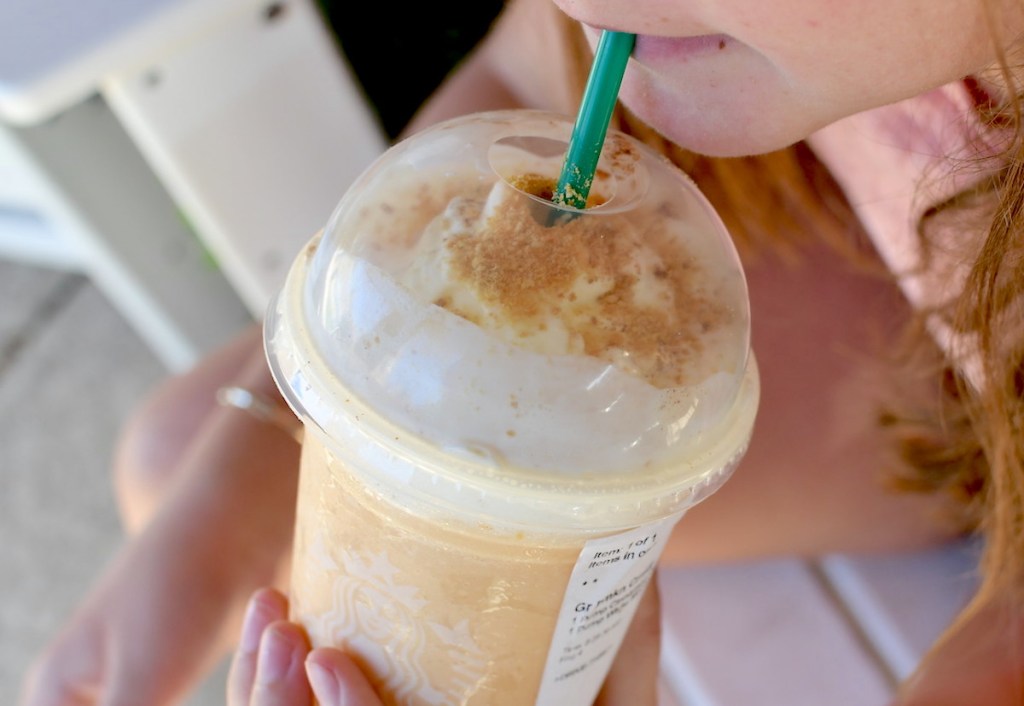 Except, unlike our other Starbuck’s secret menu drink hacks (like the Apple Pie drink and the Strawberry Cheesecake drink) we sent a few people on our team to test two different concoctions to make sure we’re bringing you the best pumpkin cheesecake drink possible. 🙌 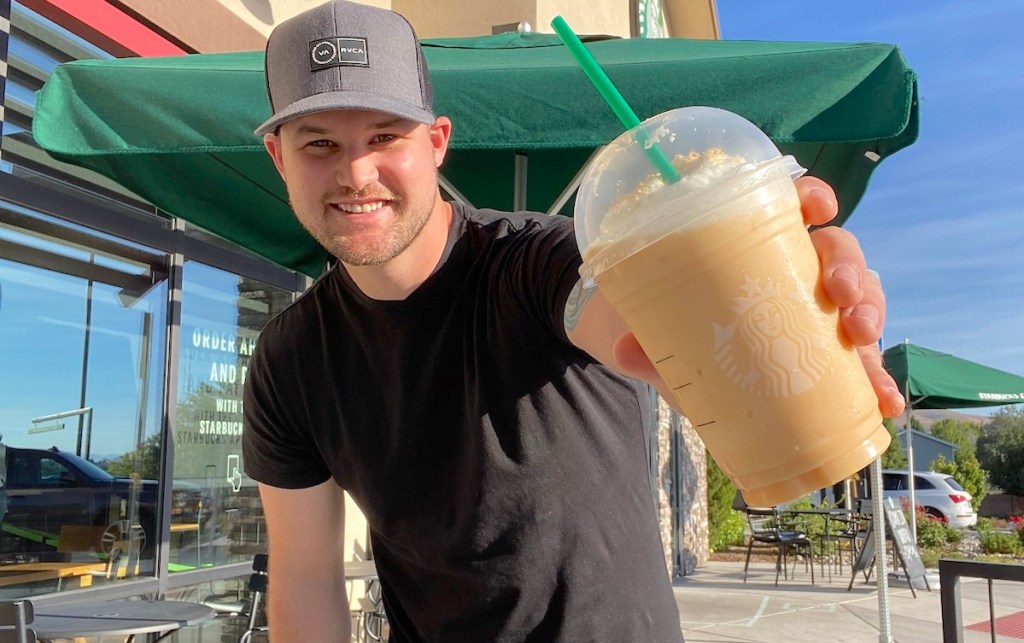 For the sake of tradition, we sent our tried and true taste tester, Stetson, to try out the Starbuck’s Pumpkin Cheesecake, and here’s what he said about Delish’s take on this recipe:

“I thought this pumpkin drink was too sweet. It did taste like pumpkin cheesecake though and the graham crackers give it a nice crunch. Not sure I’d order it again.” 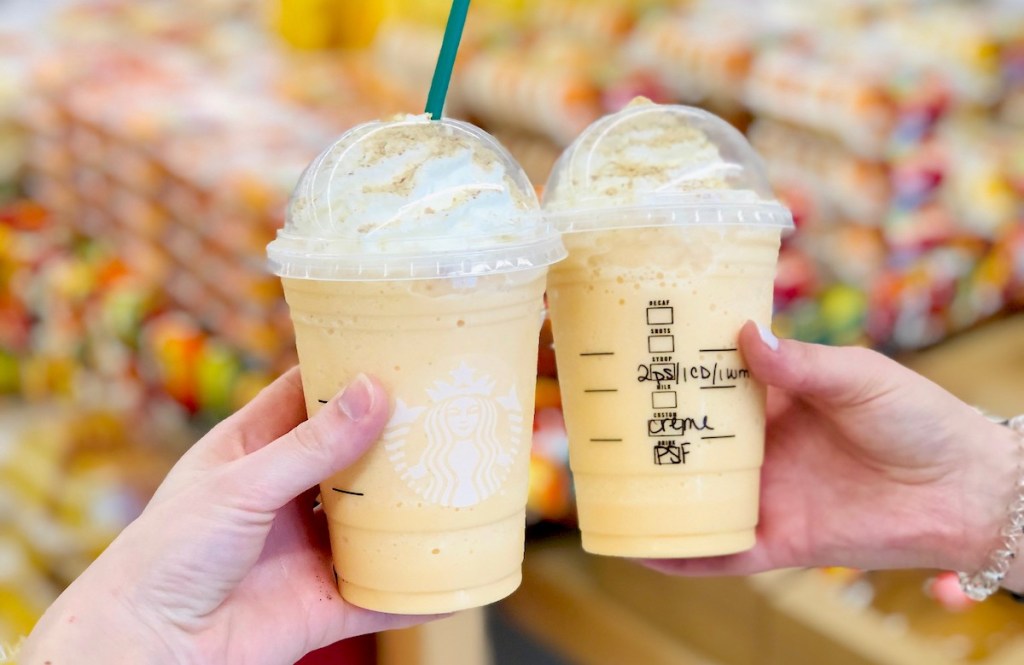 That said, Lina, Amber, and I set out to go try this Starbuck’s pumpkin frappuccino for ourselves, but this time we mixed things up a little by ordering one with a little less syrup and tried it Stetson’s way, too, to see if it was too sweet after all. 😏

Here are our thoughts:

“This frapp is pumpkin heaven! So good! It tastes like a pumpkin milkshake, so it’s definitely a dessert type of sweet drink! If pumpkin is your jam, you’ll absolutely love this!” – Lina

“This Starbucks drink really does taste just like pumpkin cheesecake! WOW! It’s nice and creamy It’s definitely on the sweeter side so bring your sweet tooth with you. However, if you enjoy a sweet treat once and awhile this secret menu drink is going to be perfect for you this fall!

We both tried it with one less pump of pumpkin to limit the sweetness, but it doesn’t even taste the same so we’re rooting for the original Delish recipe because it’s pumpkin heaven just like Lina said.” – Sara & Amber 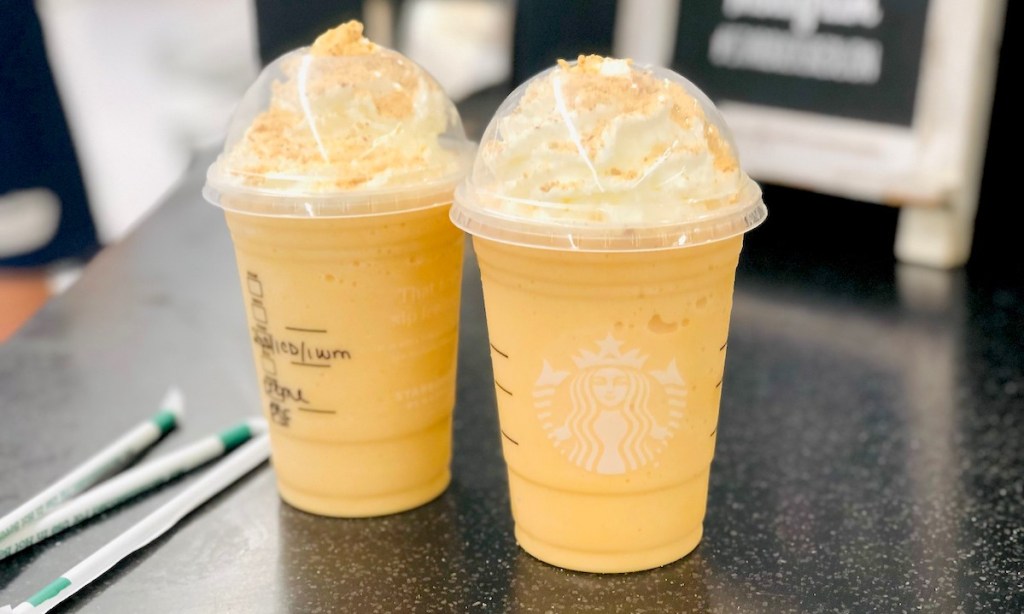 Ready to order? Here’s what you need to say to your Starbucks barista when you get to Starbucks:

“I’d like a grande Pumpkin Crème Frappuccino with 1 pump of cinnamon dolce syrup and 1 pump white mocha. Add graham cracker topping over the whipped cream. Thanks!”

*Keep in mind that this drink is not mobile-order friendly since the graham cracker topping and white mocha syrup cannot be added in the app. 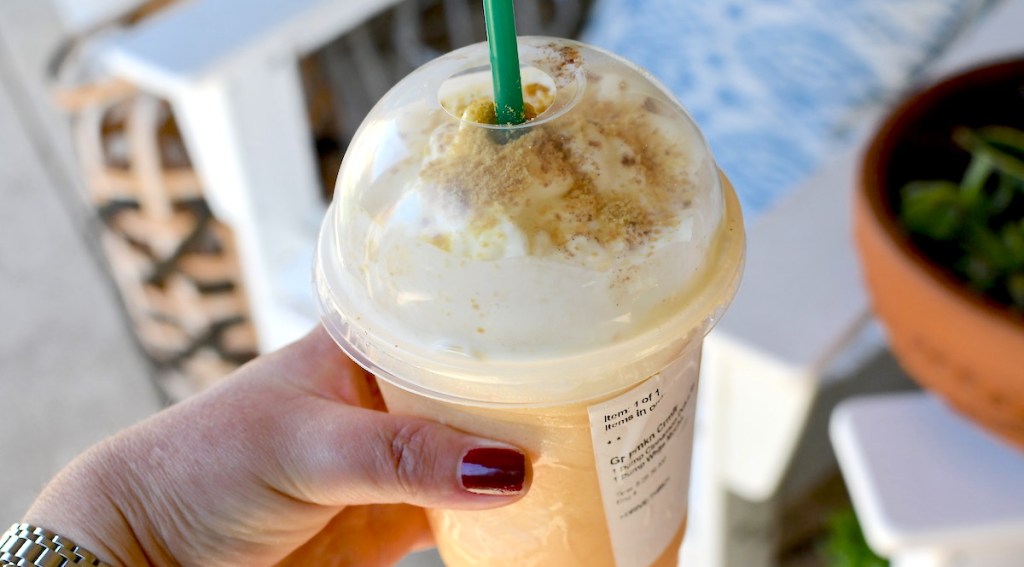 When ordering different sizes for your Starbucks Pumpkin Cheesecake Frappuccino, make sure to adjust the number of white mocha and cinnamon dolce pumps accordingly:

Get the latest Starbucks news & deals over here. 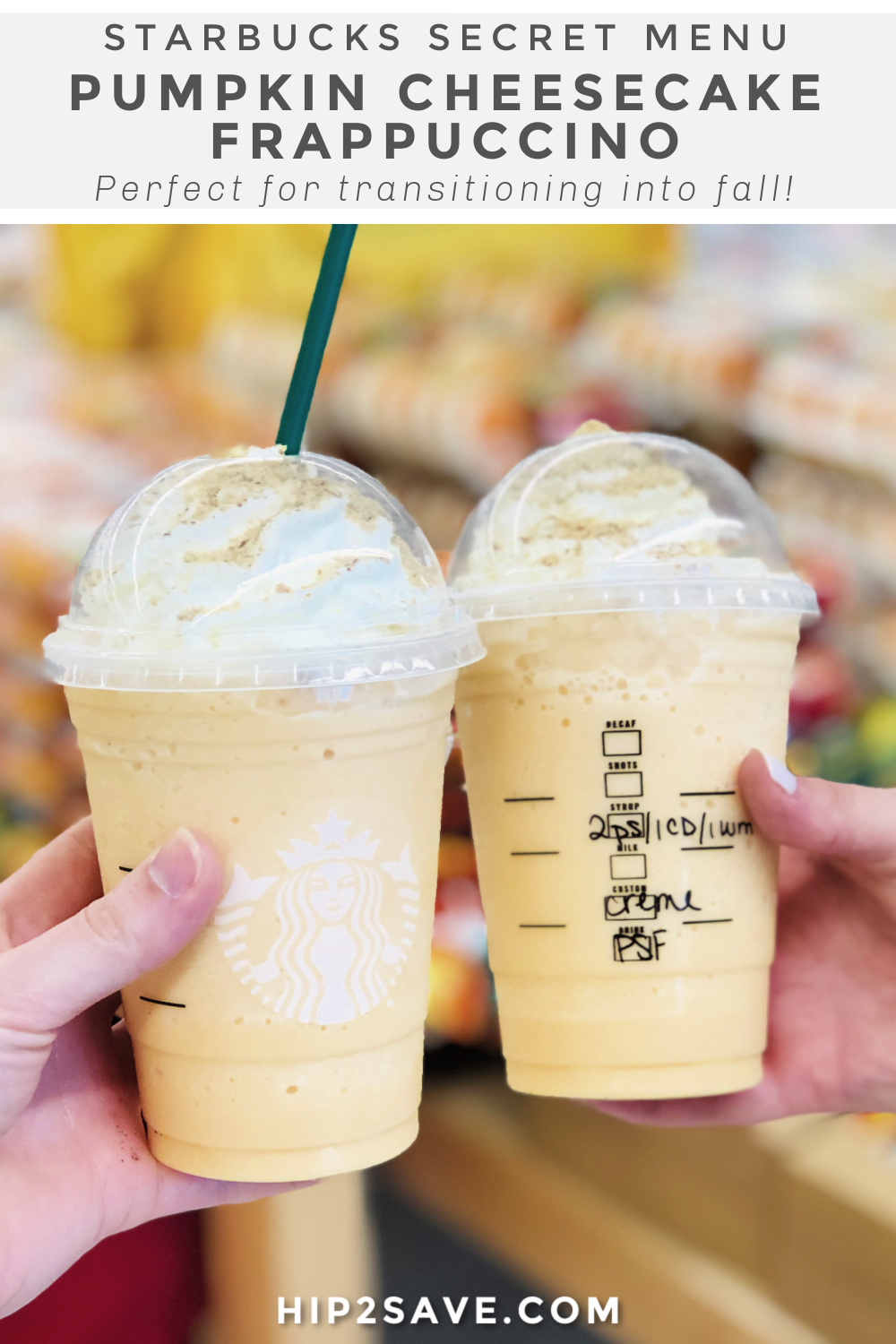