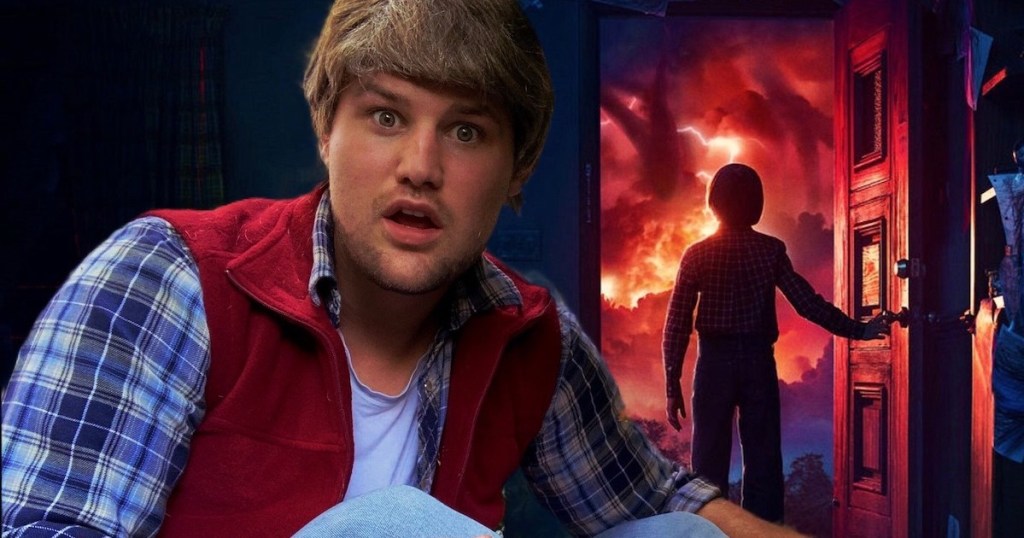 Love Stranger Things? So do we!

All you need is a little imagination and creativity to make a great DIY Halloween costume come together! Our team headed to their local thrift stores to come up with some Stranger Things costumes for Halloween this year. The only thing that would have made them even better is if they lived close enough to take a group photo. I may be biased, but they knocked them out of the park! 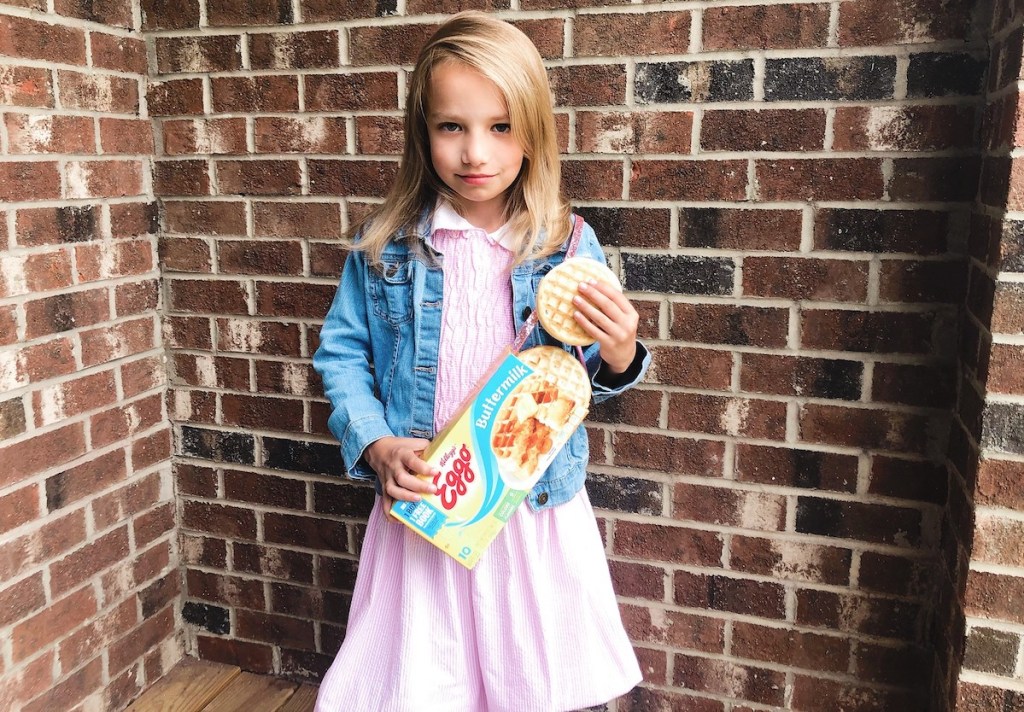 It certainly wouldn’t be Stranger Things without Eleven and Jami totally nailed her daughter’s costume! And let’s take a minute to appreciate that adorable and frugal Eggo trick-or-treat bag idea! Not only will you get to enjoy the waffles inside, but you’re also repurposing the box. Genius! 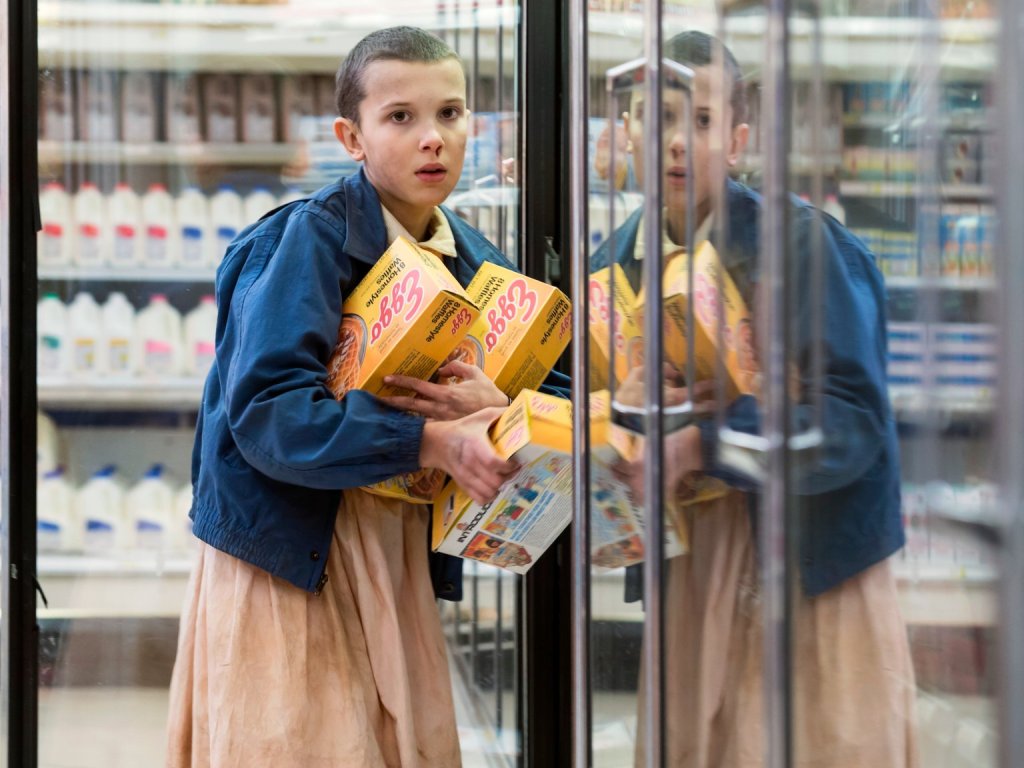 Here’s what Jami said about making the perfect Eleven costume:

“I spent around $8 total and used a box of Eggo waffles to finish off the look for a unique spin on my daughter’s trick-or-treat bag!

For the dress, I ended up using a few different pieces to make the perfect copycat. I found the pink dress and 2 tops to piece together the outfit and we used the skirt from the dress and then added the two tops together to make the collar.

To save even more money, I added a denim jacket we already owned and a cute matching belt to make the trick or treat bag. You could also use larger Eggo waffle family size cardboard box if you’re little ones get a big loot on Halloween.” 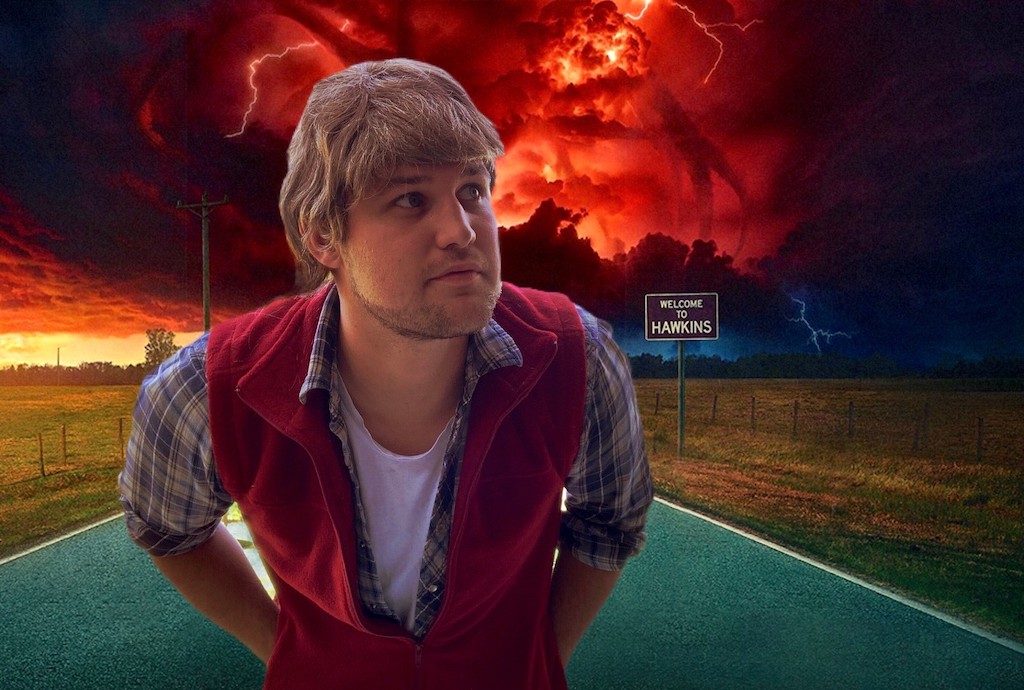 Stetson never ceases to amaze us here at Hip2Save and this costume getup is no exception! 😂While he did need to splurge a bit for a wig (since he’s bald) he still came in at a really great price! 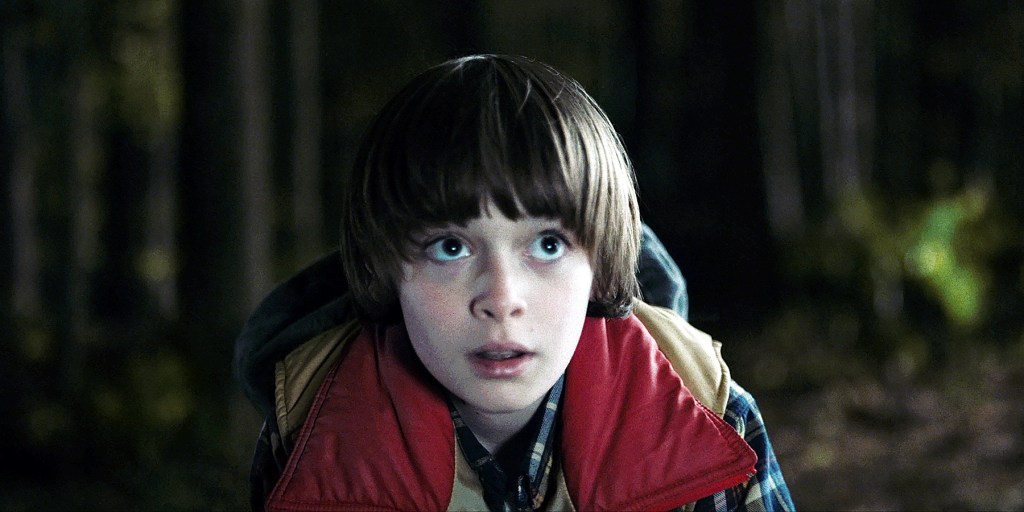 Here’s what Stetson had to say about his costume:

“First off, I’ve actually never seen Stranger Things, so if I can do this, so can you! Finding the plaid shirt and little vest was pretty easy! I felt confident about sticking to my under $10 budget, but then I remembered I don’t have hair so that kinda blew my budget. I had no luck at GOODWILL so I went back to Savers and thankfully their Halloween stuff was out the next day!

I found the best bowl cut looking wig I could find and went as far as going home and using scissors to give myself a “wig cut”. That was a fail so I had to make do with what I had. That wig cost me $6.99 – more than what I wanted I pay. Anyways- it was fun trying to do a costume on a budget and think it came out pretty awesome. LOL” 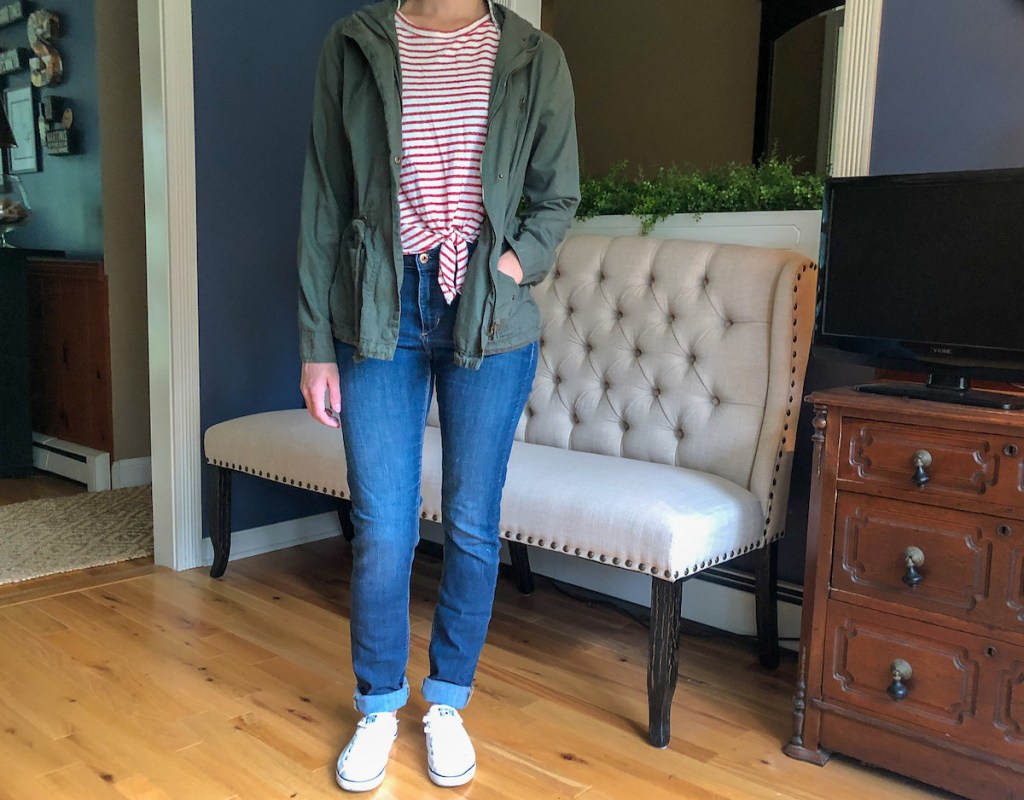 This outfit is so easy to put together as a last-minute costume and better yet, chances are, you already have some of this clothing on hand. To look like Joyce from Stranger Things, Emily scooped up a striped tee and a dark-colored jacket while using a pair of white Converse and jeans that she already had. 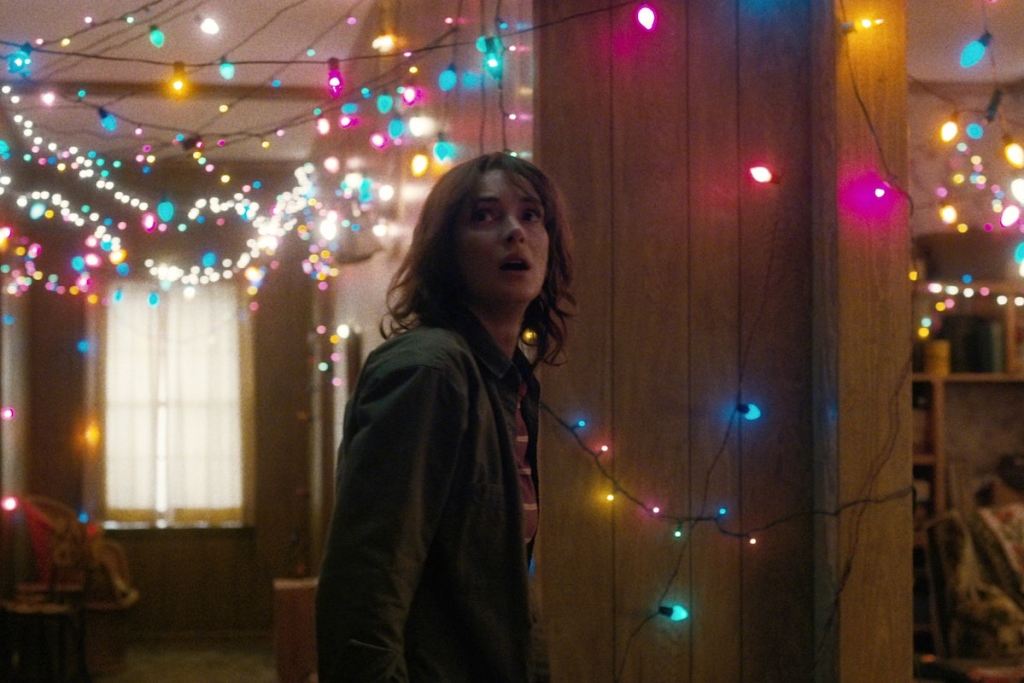 Here’s what Emily had to say about her costume find:

“To make this really scream Stranger Things, you could also consider draping some colorful Christmas lights over your shoulders or the receiver from an old phone.

My total ran in a little over budget at $11.36 for the tee and the jacket, but both are pieces I would wear again on their own so it was worth the “investment” 😆 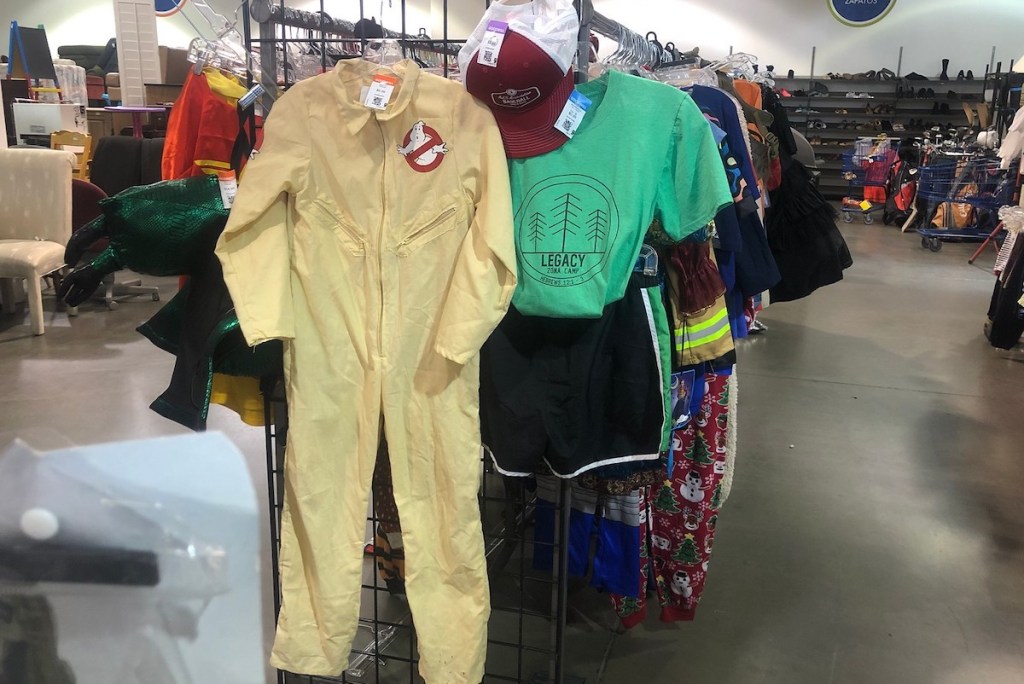 Lina outdid herself as usual finding not one perfect costumes to replicate, but TWO! She really focused on nailing the perfect colors for Dustin’s costume so you have the essence of his character, without a huge price tag! 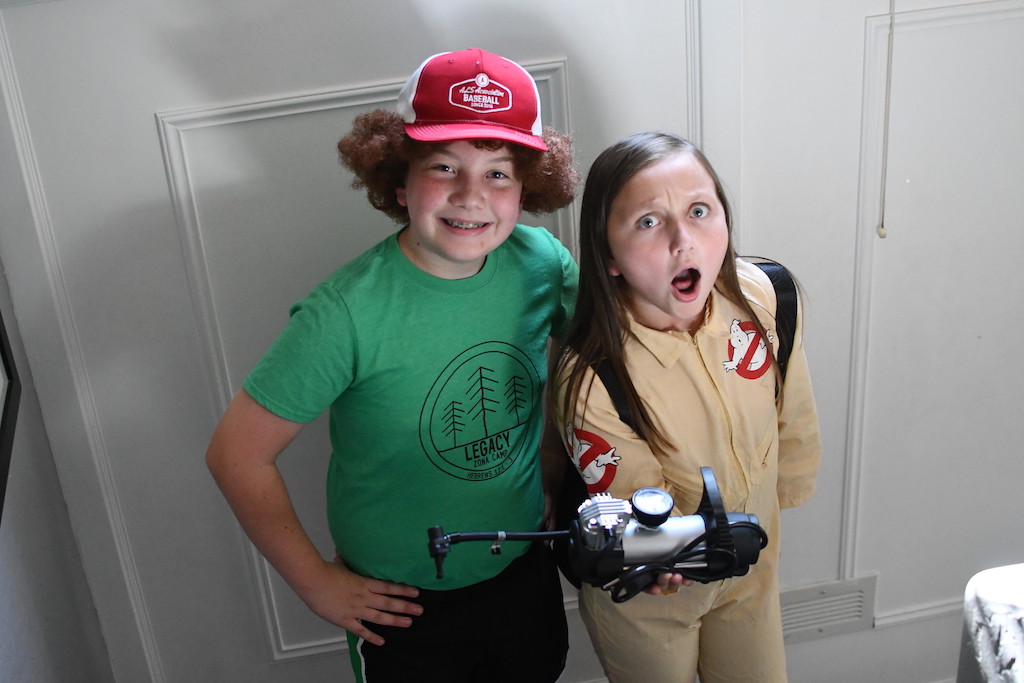 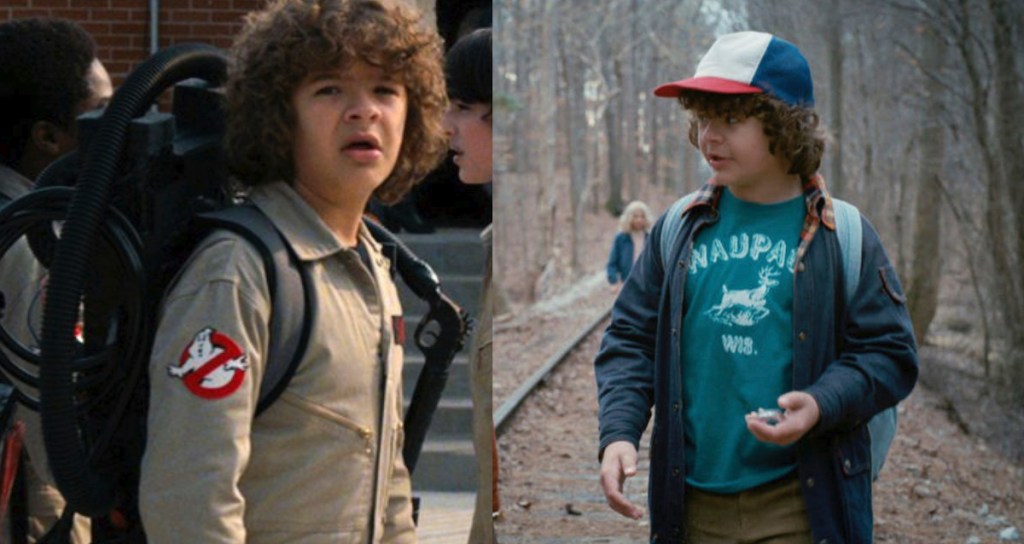 Here’s what Lina had to say about her kid’s costumes:

“I was lucky enough to find the Ghostbusters costume and had my daughter wear a black backpack, holding a portable air pump that resembled a ghost. 👻LOL!”

“And as for my son, I found a green camp t-shirt which was similar in color to Dustin’s shirt. I actually shopped in the woman’s section to find the vintage jogging shorts and discovered the trucker hat in the accessories. The wig was from a Bob Ross costume from the previous year so we were lucky enough to re-purpose that!”

Ex-Goodwill employee shares how to save DOUBLE at Your Thrift Stores! 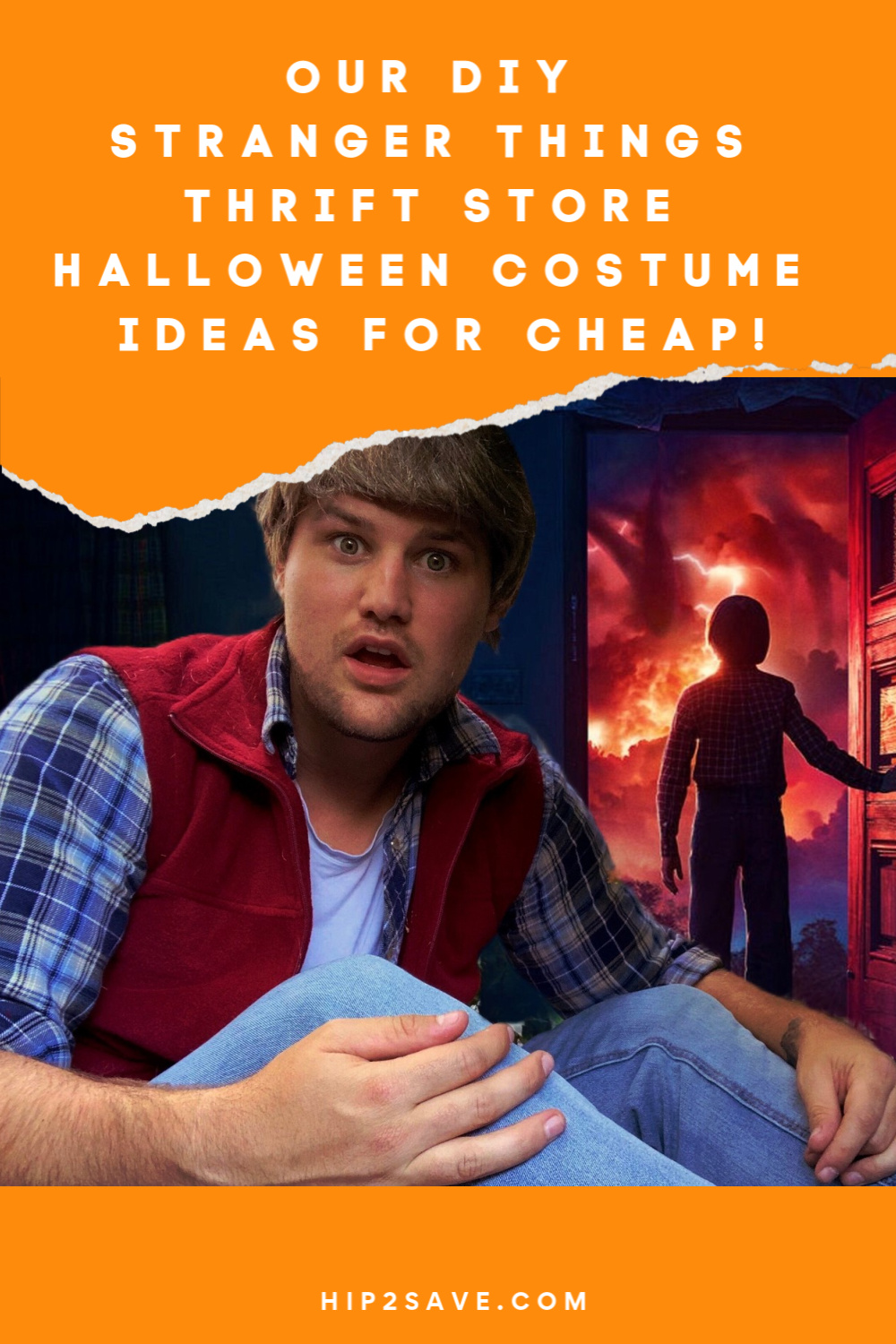