These Vintage Toys are More Valuable Than You’d Think 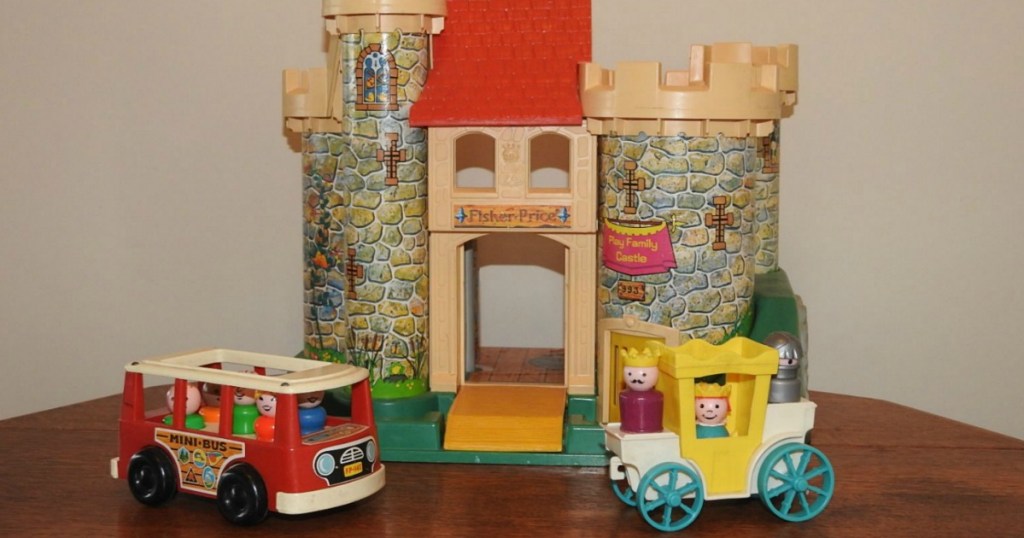 If only we could go back in time…

We all probably wished at one point we would have known our favorite toy or kitchen dish would be worth hundreds if not thousands of dollars. Whether you’ve resisted the urge to open a popular vintage toy or it’s still in a well-loved box somewhere, you could have your hands on a goldmine if you have any of these sought-after old collectibles. 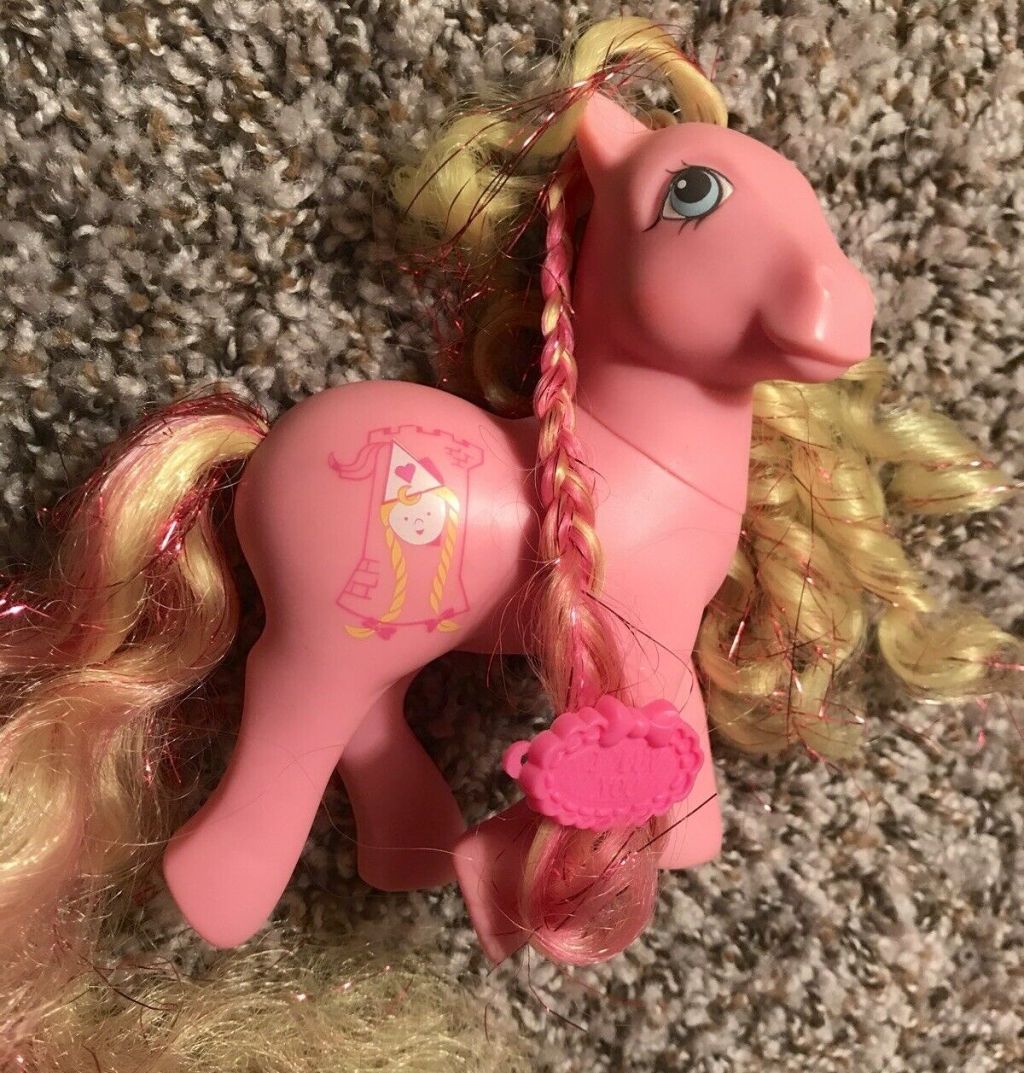 How much is it worth? Over $2,000 for a well-loved toy or potentially more for mint condition.

Why is it so valuable? Talking about rare toys, this cute My Little Pony was never actually sold in stores. In fact, the My Little Pony Princess Repunzel edition was only part of a mail-order rewards program where receipt holders with proof of purchase could receive one. She’s so rare, people are even paying a high dollar for ponies with mangled hair. So if you resisted the urge to even play with yours, the sky could be the limit for what someone’s willing to pay for a mint condition one. 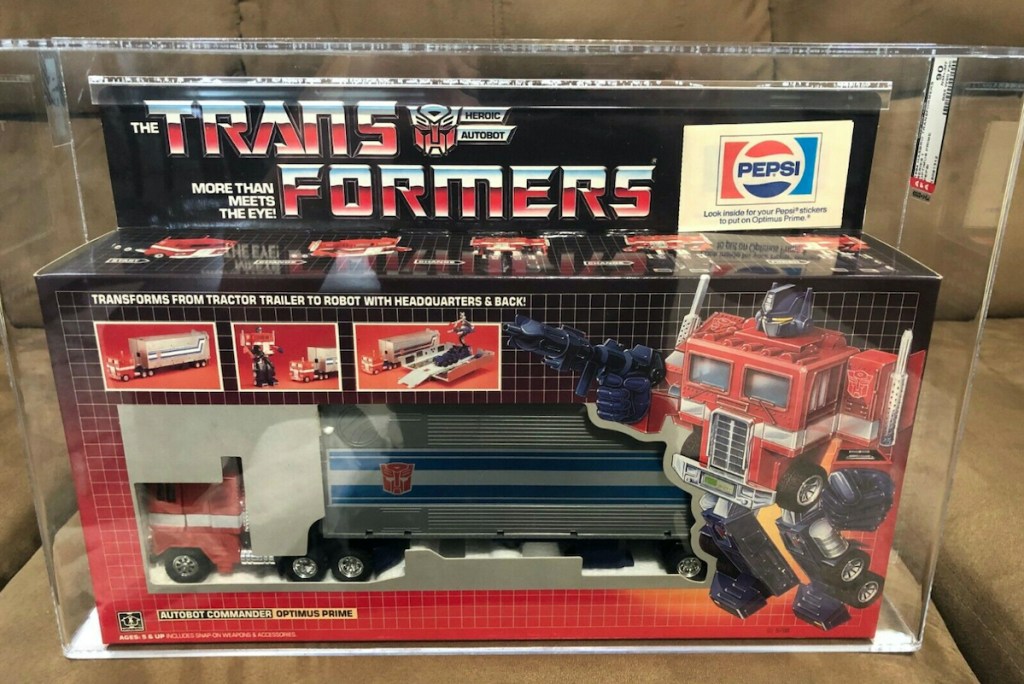 Why is it so valuable? With 7 Transformers movies currently out, I’m sure you’ve heard of the billion-dollar franchise. Started by Michael Bay in the ’80s, Optimus Prime became everyone’s favorite. While almost every kid in 1984 had an Optimus Prime Transformer truck, if you didn’t actually take it out of the box, go get it graded by AFA because if it scores at least a 90 you’ll be banking big bucks. Bet you wish you never opened it, am I right? 😏

Why is it so valuable? They were made by accident. According to The U.S. Coin Guide, during World War II the country put a halt to using copper on pennies to save it for much-needed war ammunition. It’s believed that they were accidentally made from a few remaining blank copper planchets that were left in hoppers at the coin presses. There are only 25-40 of these rare pennies known to exist today. 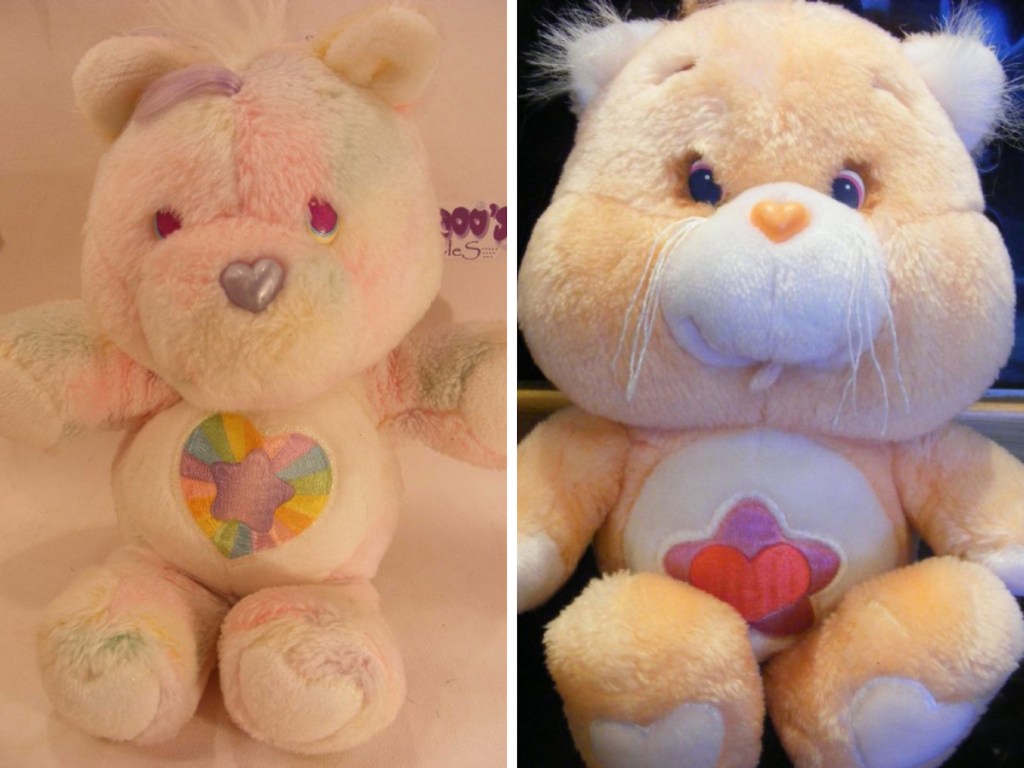 Why are they so valuable? Many of us loved the Care Bears growing up, making it one of the biggest kids classics of all time and serious toy collectors are now scooping up all the of these vintage toy stuffed bears that are still floating around.

Whether you consider it clinging to the nostalgia of childhood or not, sources are saying that collectors are paying big bucks for rare ones such as The Nobleheart Horse Care Bears Cousin, The roundheart Cat Care Bear Cousin, and Surprise Care Bear. However, if you’re holding onto a VTG Care Bears Cousins Pink Monkey you can expect to cash out at around the $10,000 mark. 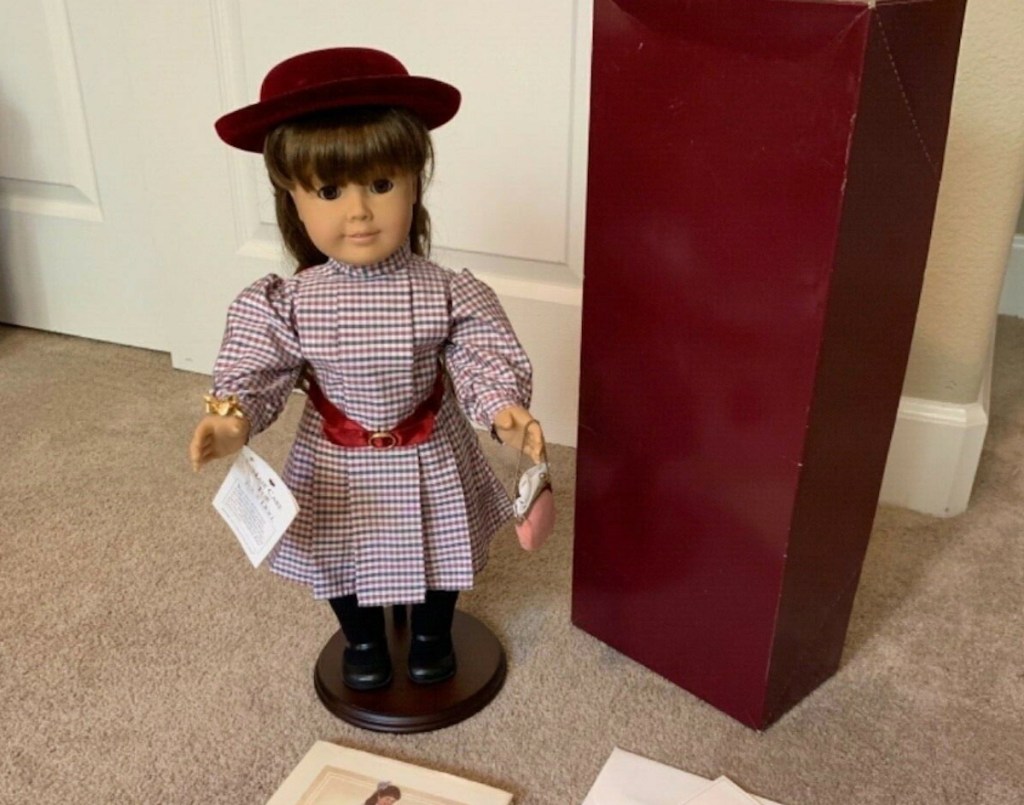 How much is it worth? An original Samantha American Girl Doll manufactured by Plesant company can sell for anywhere between $100 to $500 and up to $5,400+ for a signed collection of three of the original, pre-Mattel American Dolls in boxes with paperwork.

Why is it so valuable? Samantha Parkington was one of the very first American Girl dolls ever created. Kids, parents, and now toy collectors love American Girl because the dolls are unique in that they all have names, their own personality, culture, challenges, and heart. And if you have your hands on an impeccable & signed doll (or three) from your childhood, they could be worth tons – according to USA Today a set recently sold for as much as $5,400. 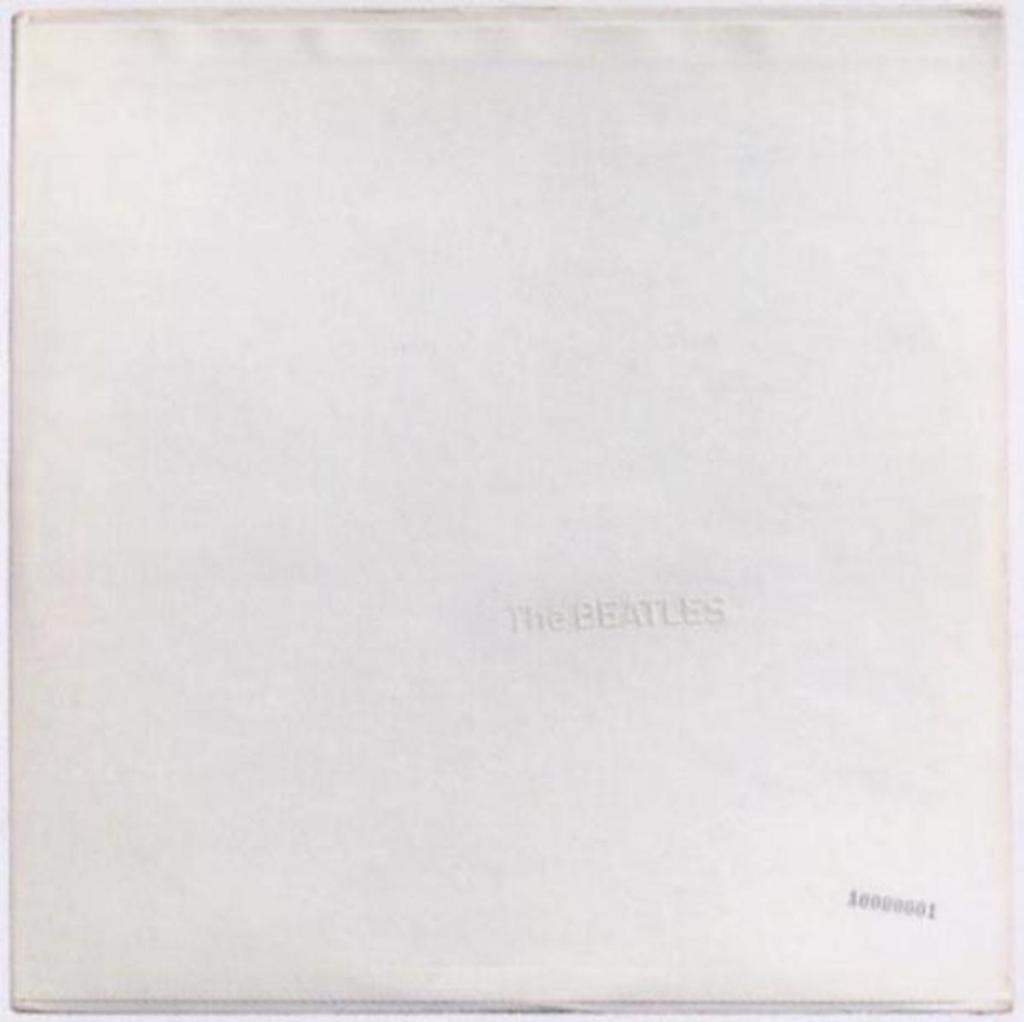 How much is it worth? Depending on the serial number and condition it could be worth anywhere between $1,500 and $790,000. The lower the pressed serial number, the higher the value.

Why is it so valuable? Need I say more than The Beatles? The popular White Album was released in 1968 and only members of the band and executives were given the most valuable vinyl discs, however, they’re floating around today, and while the chances of having one are low – it’s definitely not impossible.

Each of these covers was embossed and stamped with a serial number so if you’re holding onto one that’s not printed you may be sitting on a goldmine. Ringo’s original White Album sold at auction for $790,000 making it the most expensive record ever sold. 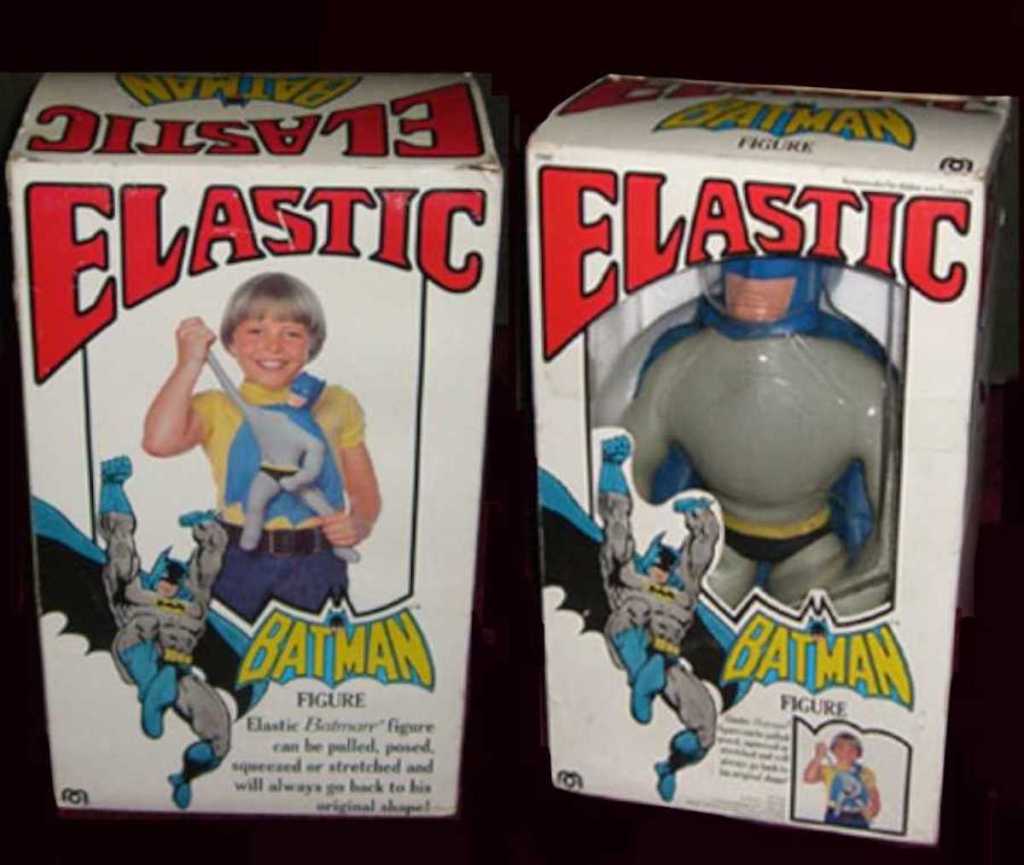 Why is it so valuable? Well, the short answer would be that there are only 2 of these vintage toys ever made so any Batman-obsessed toy collector wants to be the first one to get their hands on one of them – that’s if they have the cash to spare. 😏

According to Purple Clover, “the stretchy toy was created in 1979 in response to waning interest in traditional 8″ figurines, but toy company Kenner thought it was too similar to its popular ‘Stretch Armstrong’ product line.” Kenner sued Mego putting a halt to the manufacturing of Elastic Batman and one of the two that were made has since sold for $15,000 at auction in 2006. 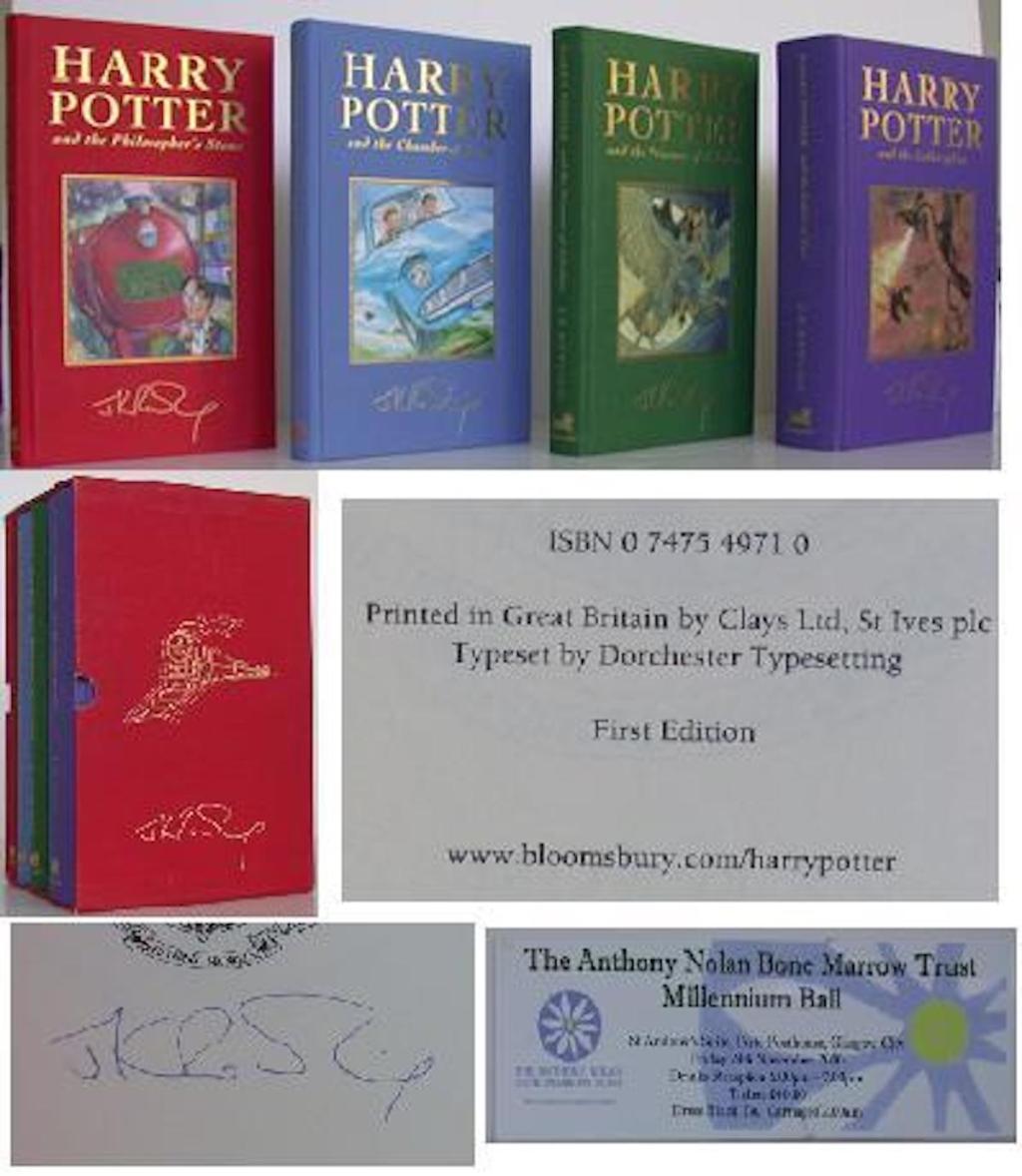 How much are they worth? A couple of thousand dollars for first editions up to $56,000 for editions that list Joanne Rowling as the author on the title page as opposed to J.K. which are considered collectors editions.

Why are they so popular? It’s no secret that Harry Potter quickly became a household name, and believe it or not, JK Rowling once had time to sign hundreds of her first edition books before her rise to stardom. (Can you imagine getting your hands on one of those? 😱)

If you’re lucky enough to have one of these books, you’re in luck because they’re worth a small fortune! However, there are still other editions for sale over at Abebooks that are going for over $6,000. 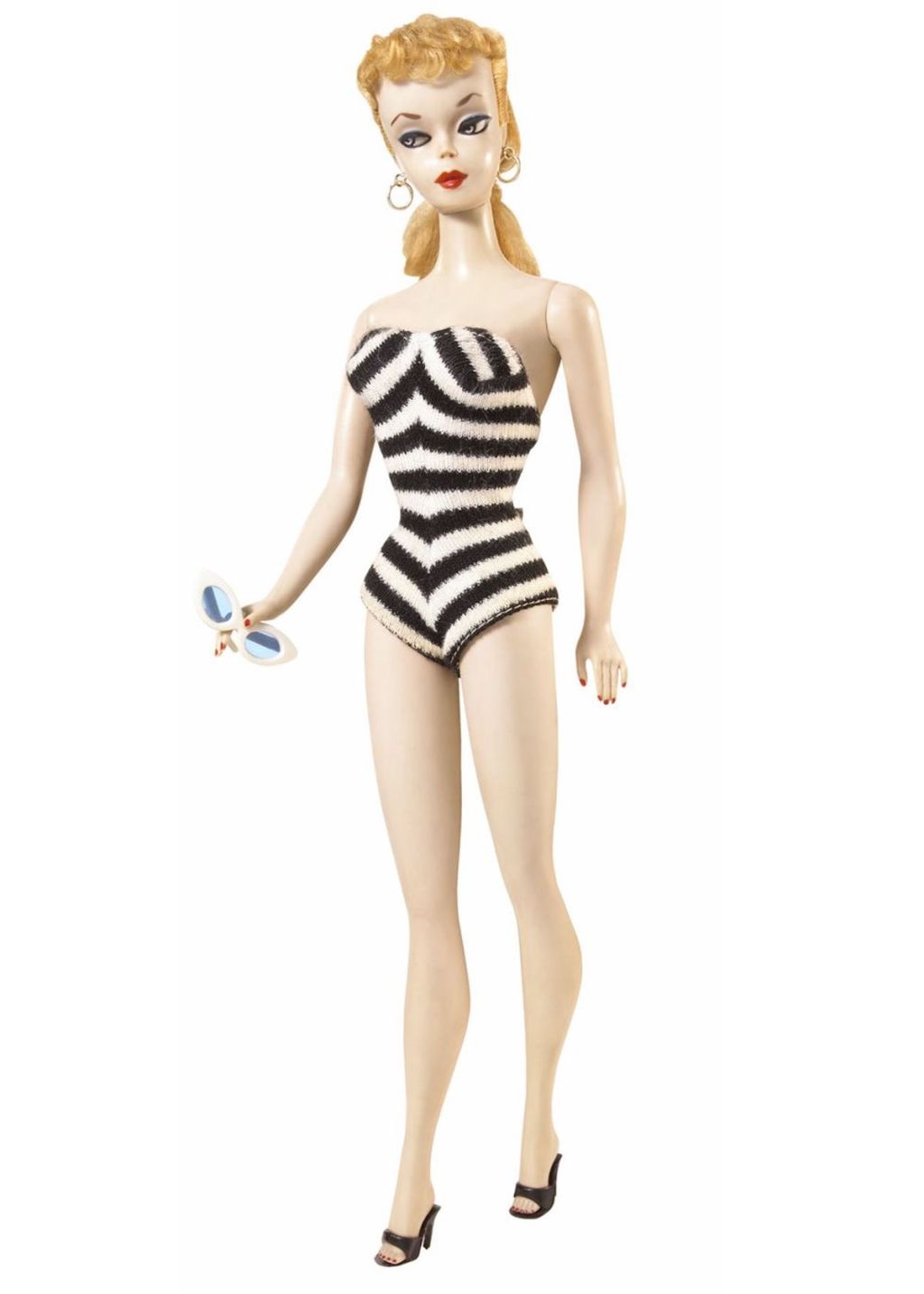 Why are they so valuable? If your grandma or mom were ever into Barbies, they may have an original Barbie somewhere in the attic. The first iconic Barbie dolls were released in 1959 making the first edition the most valuable to collectors. She has golden hair, a black and white bathing suit, and blue eyeshadow. And if yours has holes in the bottom of the feet, you’re lucky enough to have the rarest of them all which has sold for over $27,000 in the past. 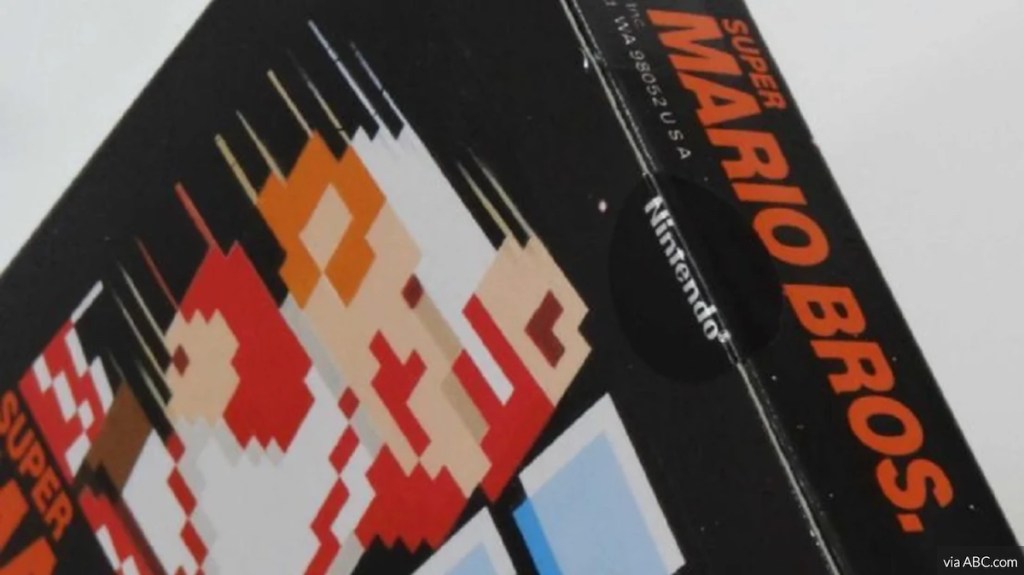 Why is it so valuable? If you played Nintendo as a kid, you probably have one of the first-ever games launched with it – Super Mario Bros. And if you didn’t already open it, you can strike it rich! While prices for vintage games can fluctuate, gaming collectors will pay big bucks to get their hands on an unopened game. So if you have the rare version of Super Mario Bros. from Nintendo’s limited “soft launch” of the NES then you could sell it for roughly $140,000.

Other listings for the mint or unopened 1989 game can still get you a few thousand dollars depending on the condition. 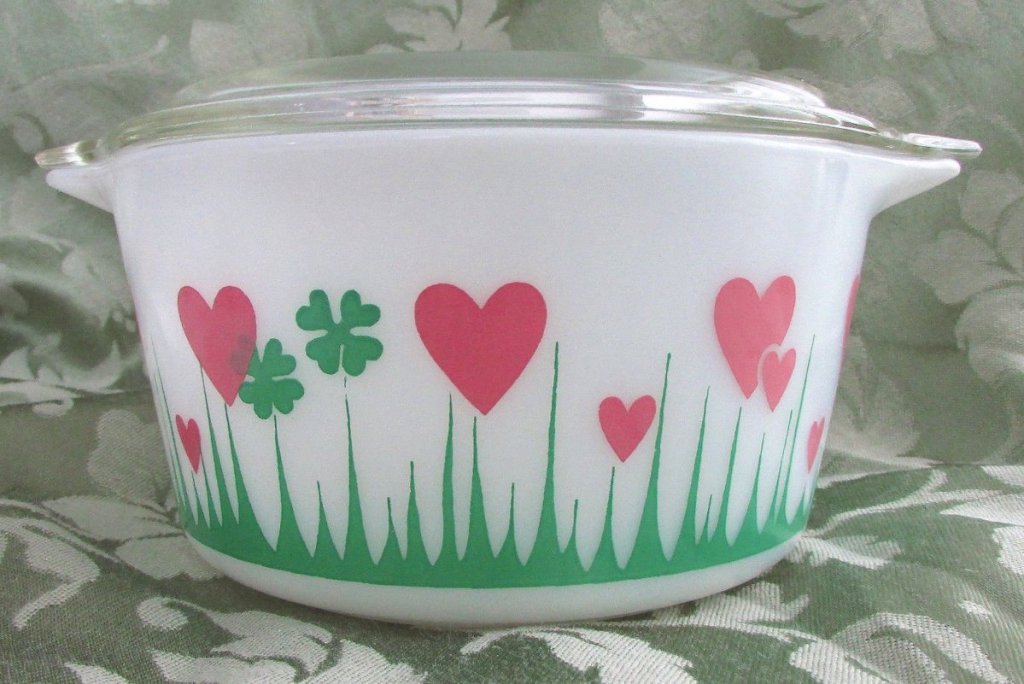 Why is it so valuable? Time to raid Grandma’s kitchen cabinets (with her permission of course). 😏 The Lucky in Love Pyrex dish is thought to be either a limited edition or possibly even a test product. According to Pyrex Potluck, the one-quart Round Casserole dish remains one of the most elusive Pyrex designs ever created by Corning Glass Works and recent online auctions have seen Lucky In Love sell for over $4,000. 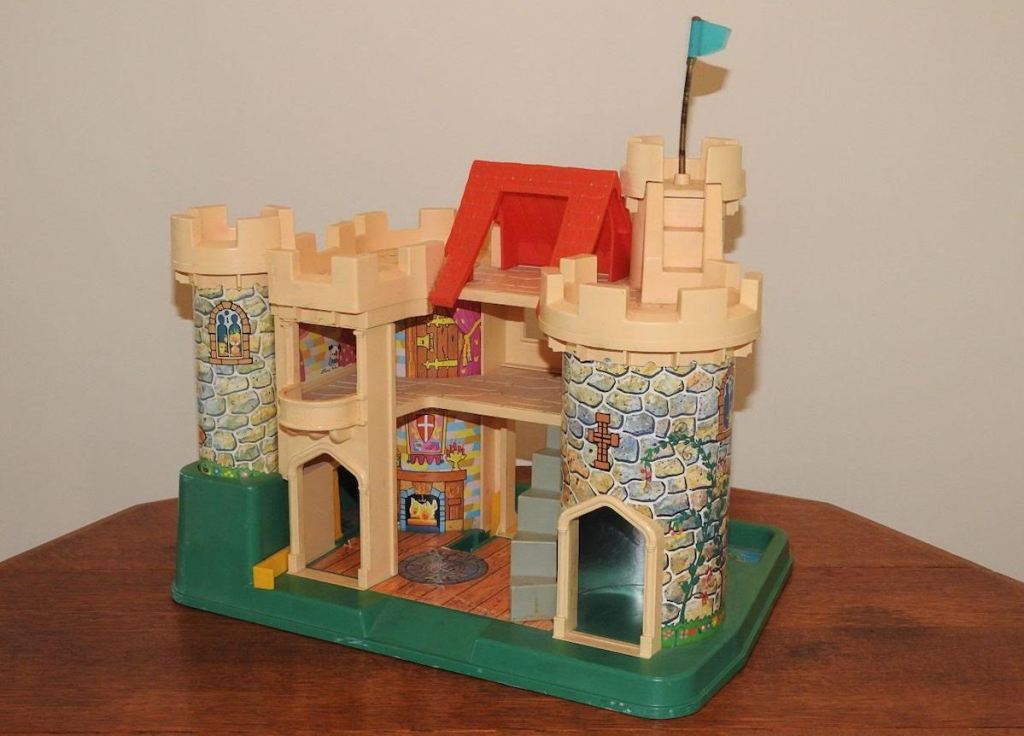 How much is it worth? Around $200-$350 with the original box and if it’s in great condition. Although, even some with rising litho paper on the floor and pond have still sold for the higher end of this price range.

Why is it so valuable? In the ’70s when this castle was first produced, it was the very first Fisher-Price toy made of this caliber. It was also said to be the most expensive toy for them to produce given its extensive amount of detail. For many adults who grew up in the late ’70s and ’80s, this toy brings back a lot of nostalgia and while you won’t likely get thousands for it, you can get slightly more cash if you have the original box.

Find out what the hottest toys today are and what’s on sale!

Pinecone Research Pays $3 for EVERY Survey (Make Extra Cash for the Holidays!)

Did You Know You Can Recycle Electronics For Cash? Here’s How… 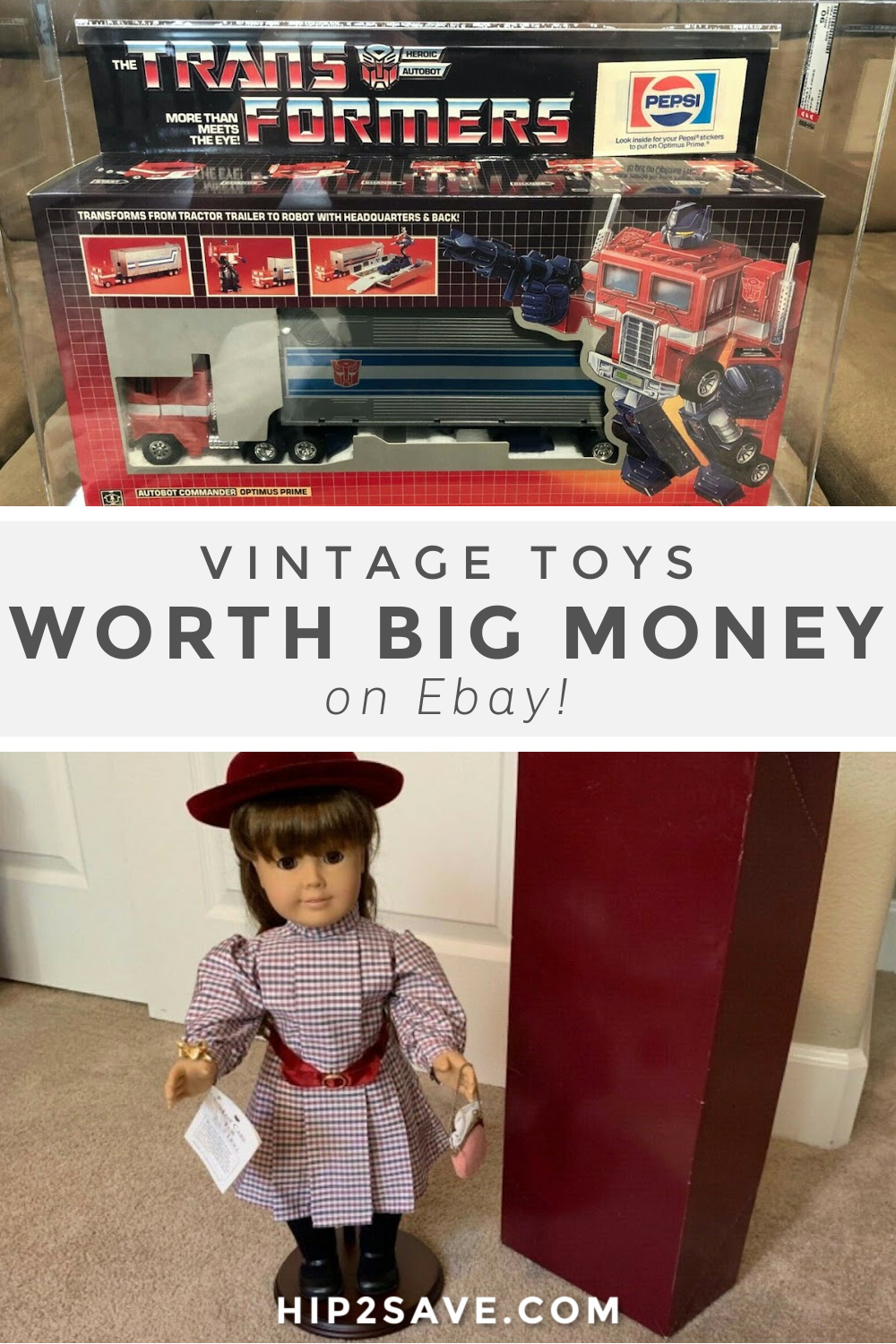