9 Random Deals We’ve Scored & What We’ve Done Off the Clock in November!

Here’s what our Hip2Save team members have been buying… 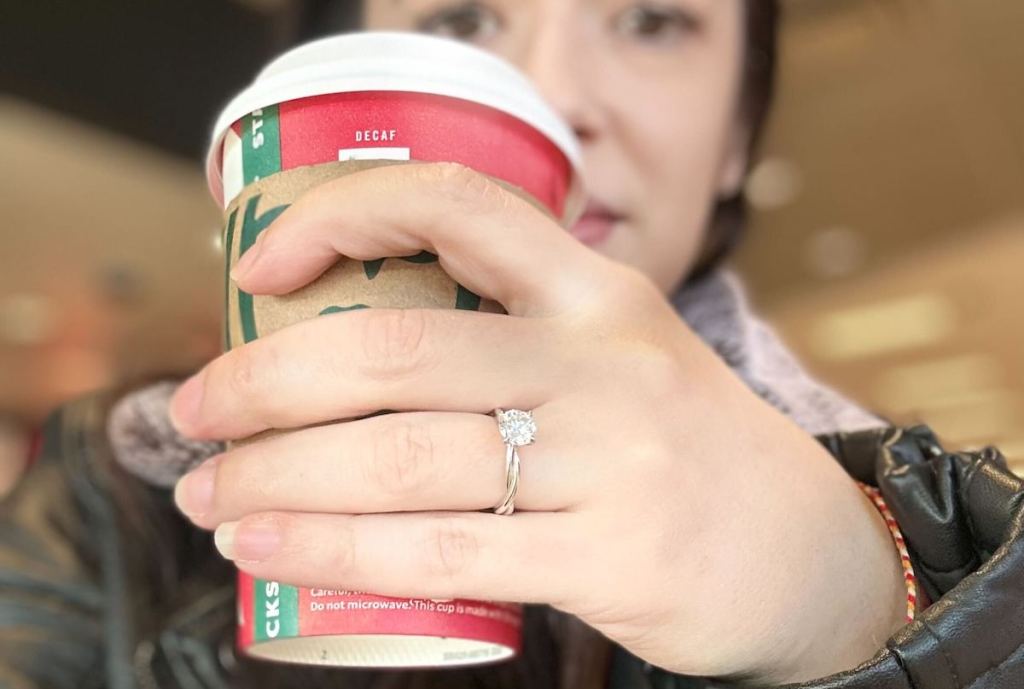 We’re continuing our super fun off-the-clock Hip series and giving you all a sneak peek into our lives behind the scenes every month!

Each month, we share Hip deals our team has personally scored, something we’re doing, or something we’re currently reading! We’re excited to bring you along for the journey with us so thanks for being here, Hipsters!

Given all the Black Friday deals already popping up, we’re going to kick things off by sharing some of the HOT deals and buys we’ve personally scored! Lucky for you, if you’re in the thick of holiday shopping, many of the deals we’ve scored are STILL available now! 🤩

Without further ado, check out these 9 hot holiday buys our team made in November:

1. Chelsey shopped the Vans sale and scored 8 pairs for under $70. 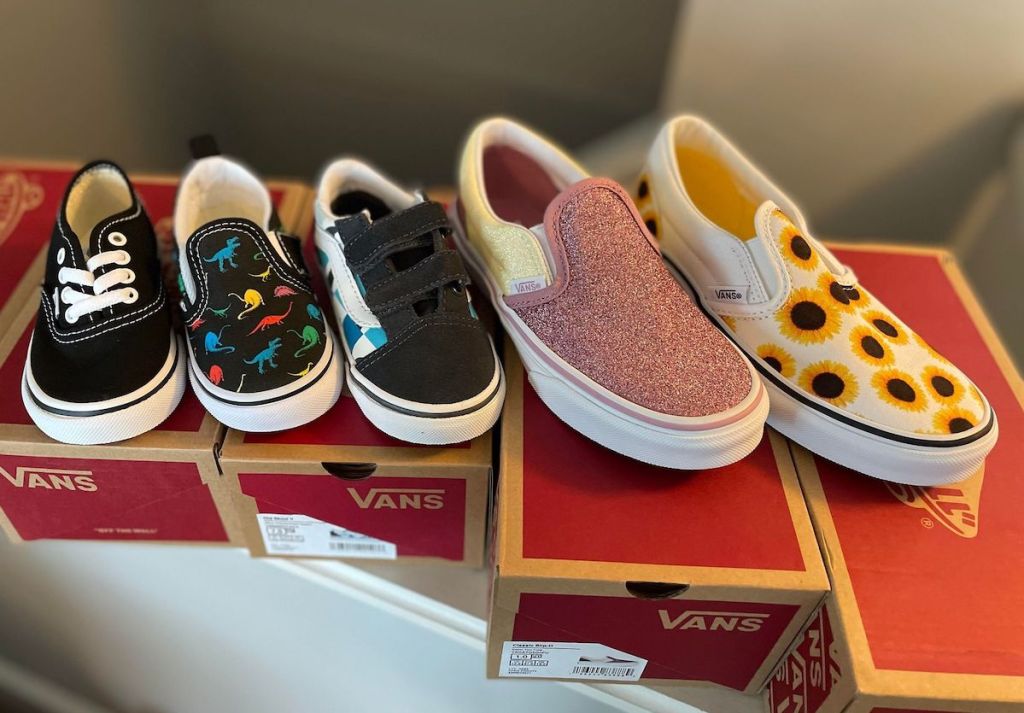 Chelsey took full advantage of the Vans sale. She shopped online and then discovered the sale was also in-store, so she ended up with 8 pairs of shoes for a little under $68 total and if the shoes were under $20 in the store, they actually rang up free! 😱

2. Rachel grabbed this team-favorite Tek Gear jacket while it was on sale at Kohls. 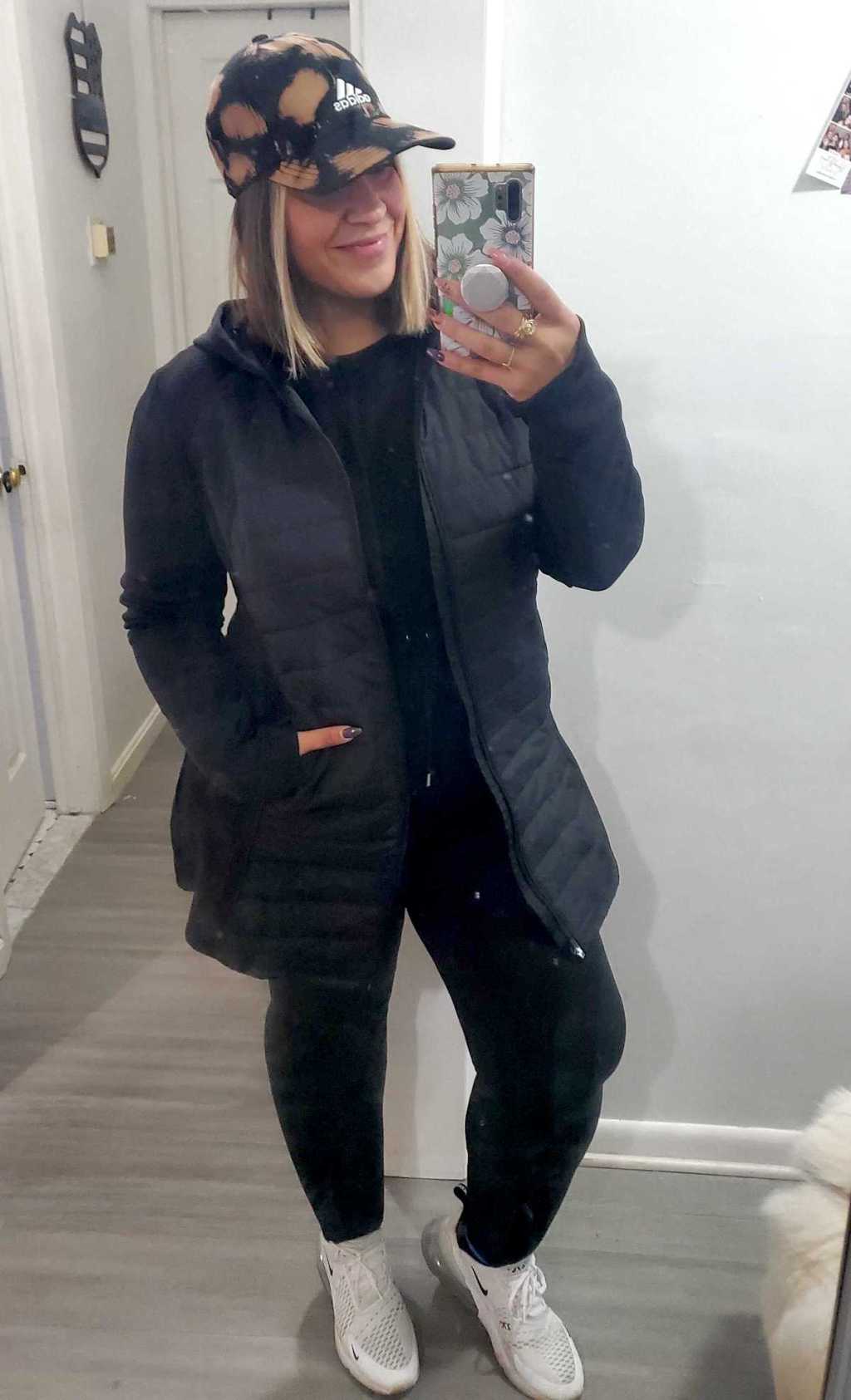 When Rachel saw our full review of this jacket she knew she had to scoop one up for herself! She said she knew this Lululemon dupe would fit her in all the right places and it’s actually beyond her expectations! 👏🏻 She can’t believe she scored it for under $30 at the time! 😱 While the same sale is no longer happening, you can still grab one for yourself for under $40!

Chelsey also grabbed this same jacket for her mom! 😍 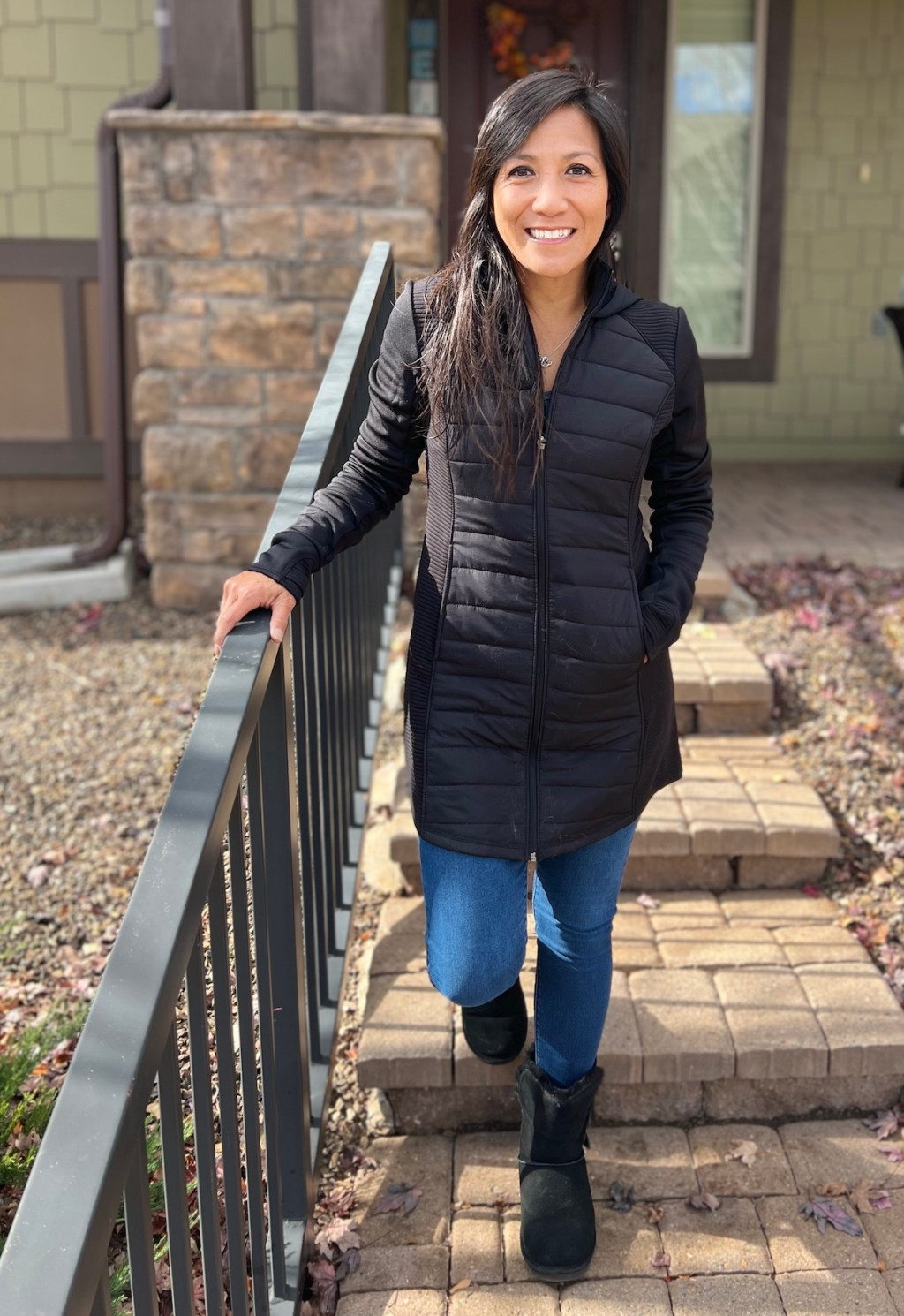 I know, we can’t believe this is Chelsey’s mom either! 😱 Doesn’t she look just fabulous in this jacket?! 😍 With an upcoming trip to Korea and living in Arizona, she was in need of a slightly warmer jacket to travel with. At the super low price, Chelsey couldn’t resist surprising her mom with this deal! ❤️ Initially she was worried it would be too long since she’s so petite, but it fits her perfectly!

Lina also grabbed two of these Tek Gear vests during the Kohl’s sale! 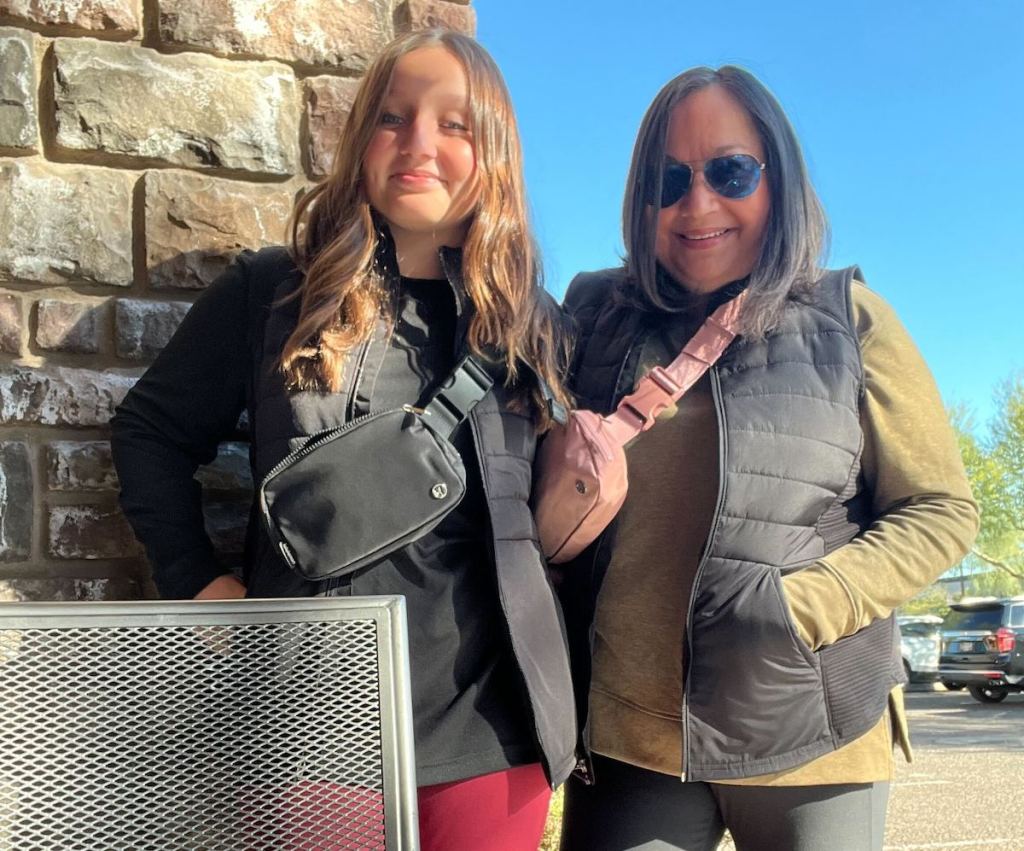 Lina loves this versatile vest that’s also on sale and made by the same brand as our team’s favorite Kohl’s jacket! In fact, both she and her daughter scooped one up so now they’re twinning! 😍 To say we’re fans would be an understatement. 🤩

3. Alli grabbed this innovative wrapping paper cutter to make every gift a cinch to wrap this year. 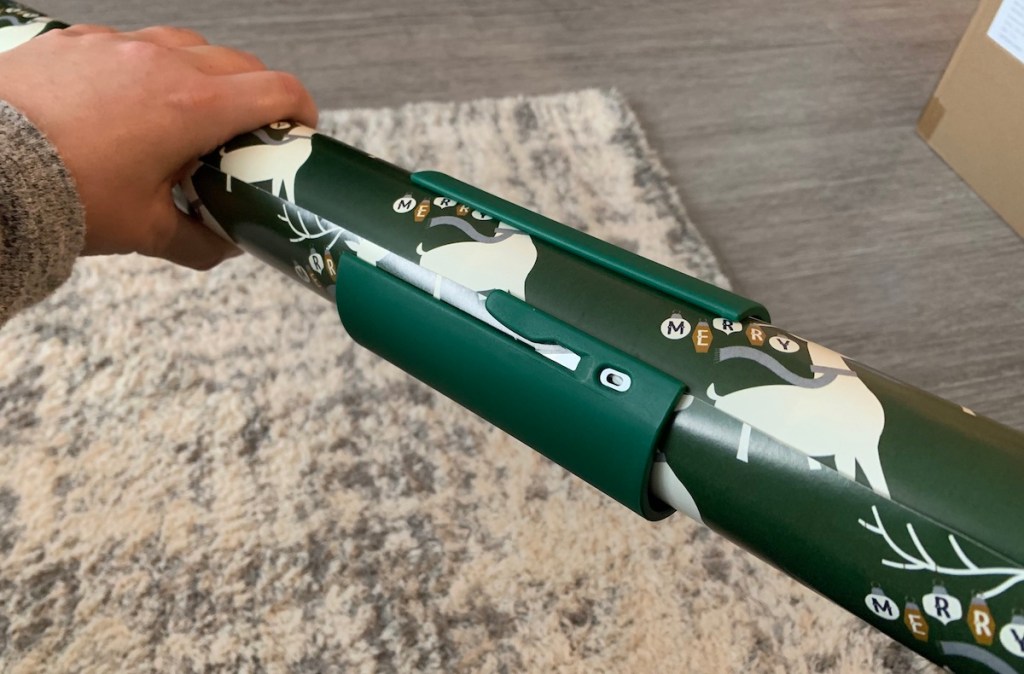 Despite not being on sale, this sure is a frugal and innovative item to scoop up before the gift-wrapping season is fully underway! Alli said she’s notorious for not cutting wrapping paper in a straight line, so she will definitely be using this for every single gift she’s wrapping this Christmas.

Note that she did mention it took her a couple of times before getting the hang of it but said it’s still totally worth it! As a bonus, she said it even fits on her giant roll of Sam’s Club gift wrap! 🤩

4. Erica bought a new artificial tree during the recent Michael’s sale and scored $170 OFF. 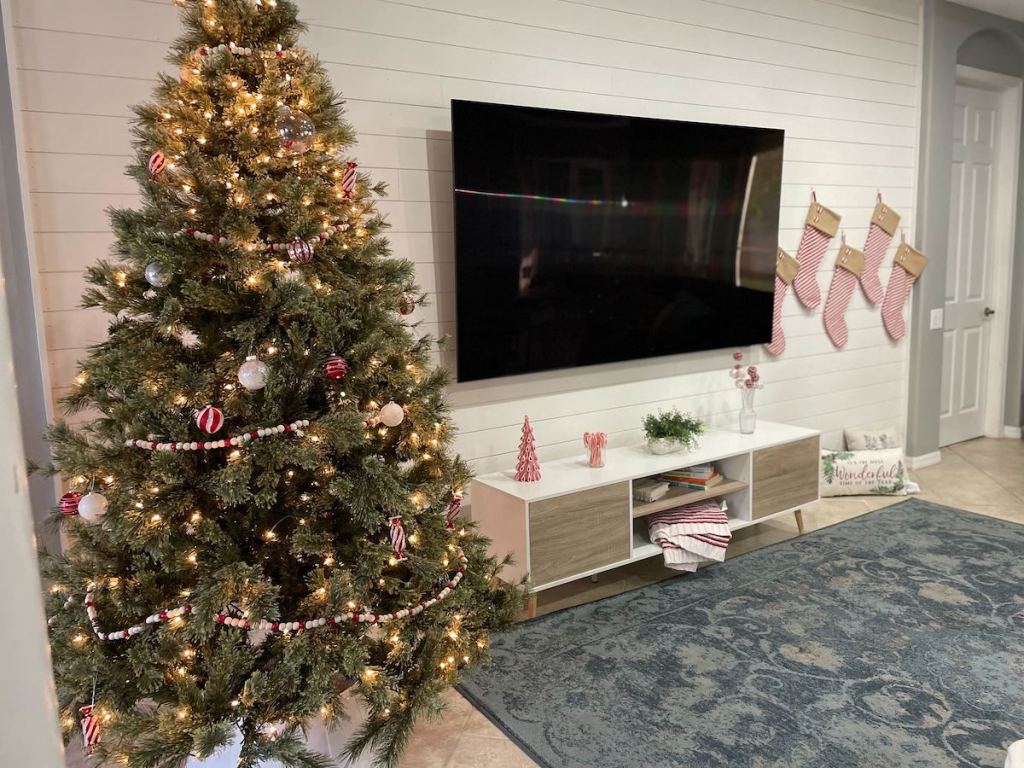 Speaking of the holidays, Erica decided to get an artificial tree this year and has zero regrets! In fact, she browsed them ALL in person and said this one was the most realistic-looking one and she absolutely loves the look of it! 🤩

Check out these other Michael’s Christmas tree deals where you can score some starting at just $13.49! 😱🤯

5. Lina created a frugal centerpiece using some stems, also on sale at Michaels. 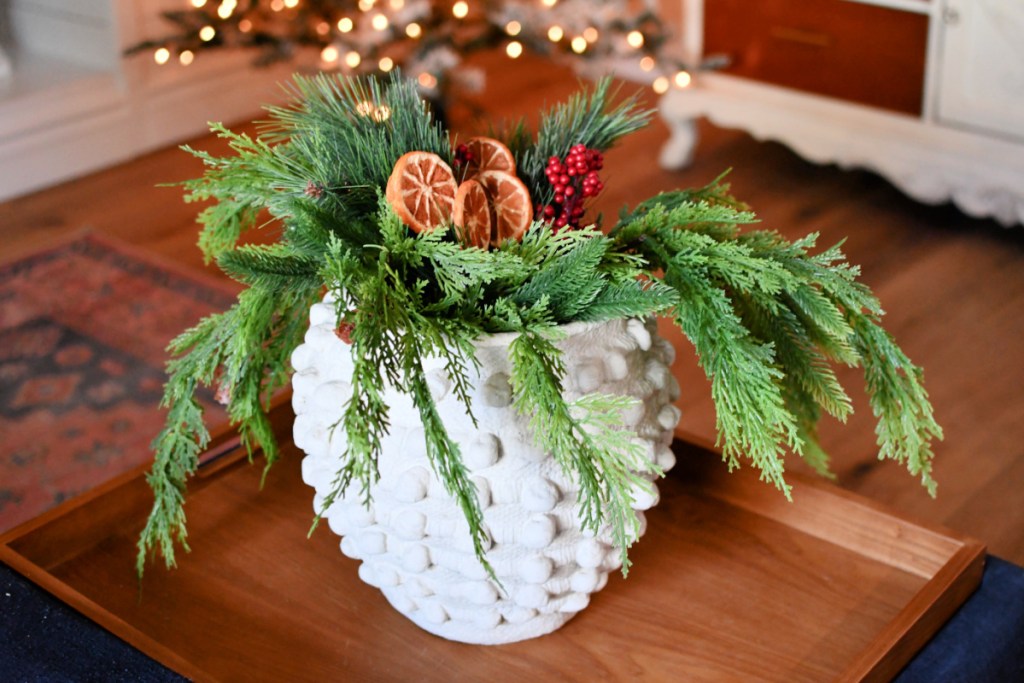 Lina repurposed a large Anthropologie planter she already had from a sale last year and gave it new life with these stunning Michael’s finds. We’re basically all planning a trip to Michael’s now after seeing this easy creation we could all replicate at home. 😍

6. Emily grabbed an early Black Friday deal on a printer for her new office. 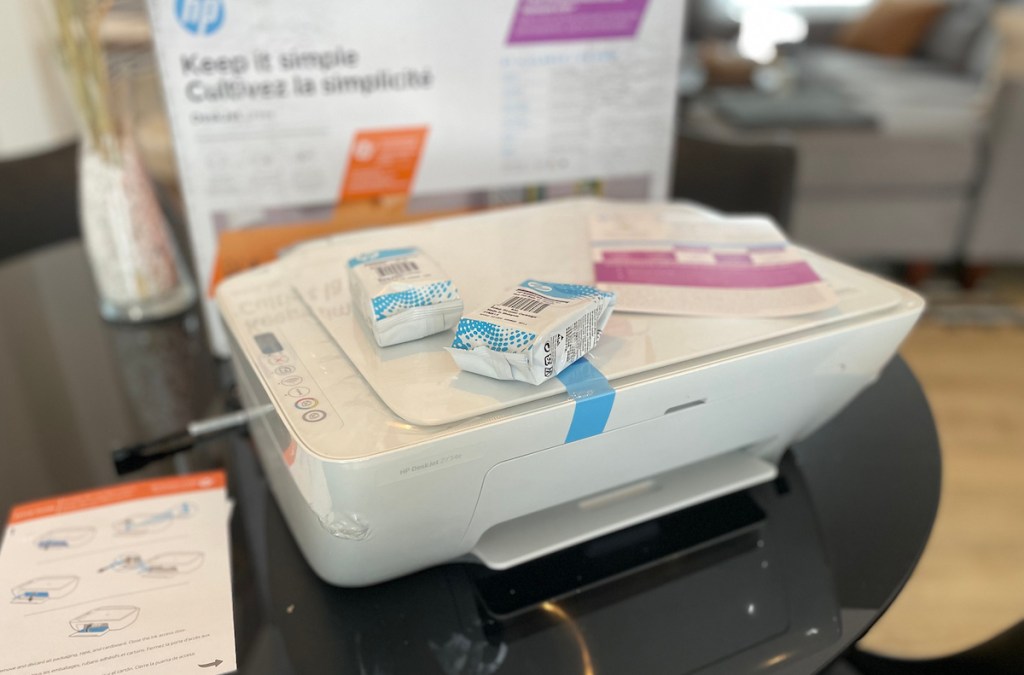 Emily’s had her eyes out for a sleek printer that would go with her new office setup, but has been holding out for an unbeatable price! Since she only needs to occasionally print things, this Black Friday deal couldn’t have come at a more perfect time!

She loves that this printer has so many capabilities, including copying, scanning, faxing, and printing from smartphones! Plus, it has HP Ink for 9 months which seems like a total must after reading our Hip sidekick, Melinda’s HP Instant Ink review.

7. Nicole stocked up on Halloween kids’ books for next year and got up to 90% OFF! 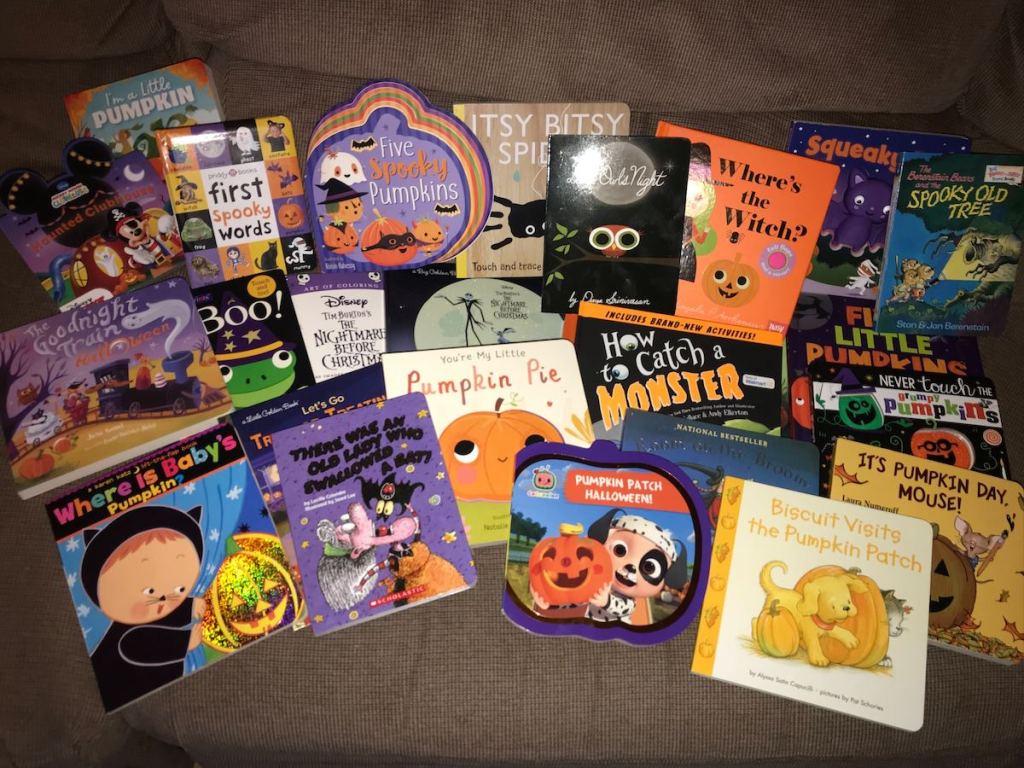 Nicole admitted she may have gone a bit overboard 😆, but we think there’s no such thing as too many books! At 75-90% off every single one, how could one even resist?! 😍 She said her Walmart+ membership got quite a workout, but she was thrilled to see such amazing prices online! 🙌🏻

8. Melissa scored two toilets for less than the price of one in-store at Lowes. 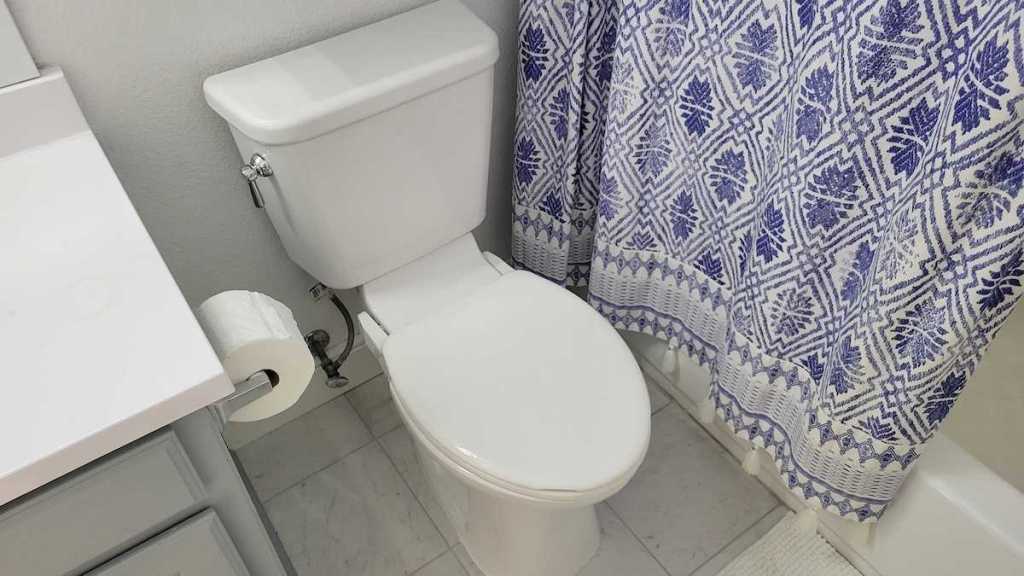 While these toilets currently aren’t on sale online, Melissa was able to score two of them on clearance for just $109 in-store at Lowes! 🤩 If you’re needing to upgrade your bathrooms, definitely head in-store to potentially score this amazing deal.

9. Melinda scored nearly 50% OFF a Peleton bike as an early Christmas gift to herself by finding it on Facebook Marketplace. 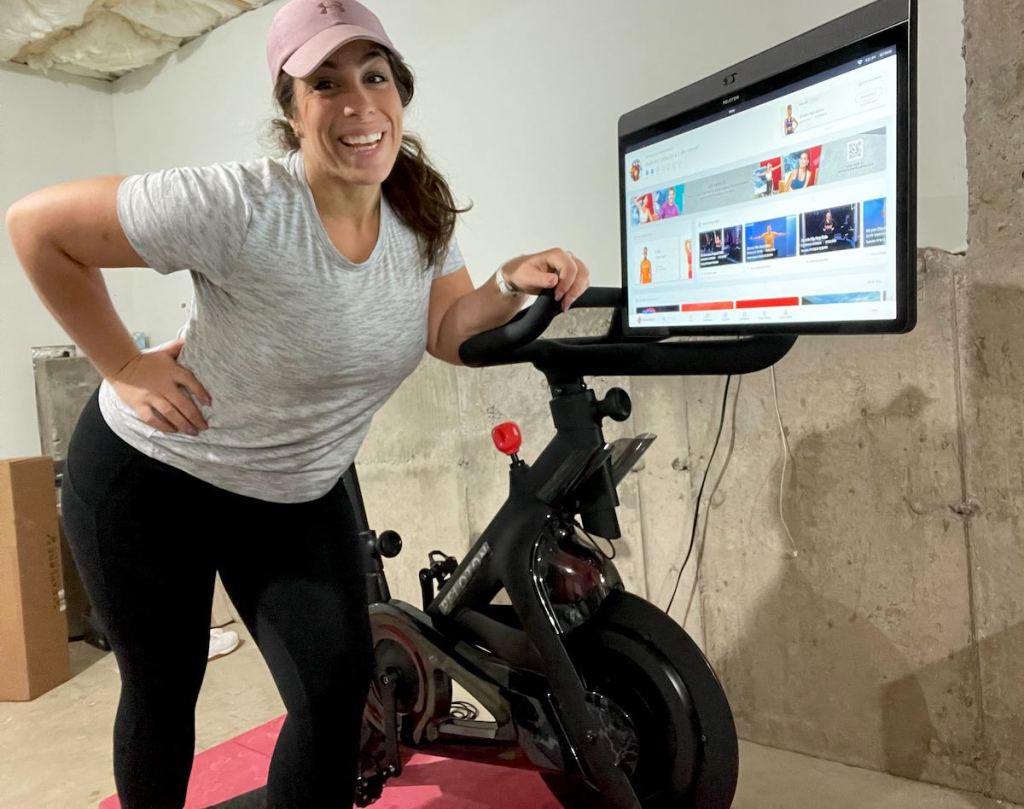 Facebook Marketplace can be an excellent and frugal source to score some holiday gifts this year – even if they’re for yourself! Since Melinda’s an avid workout queen, she has been dying to get a Peleton bike of her own! After bargaining with the seller, she was able to get this nearly new Peleton bike for just $1,200! While that may still seem like a lot (and it certainly isn’t cheap), a brand-new one will run you $2,500 so she practically got it for 50% OFF! 😱

Psst…are we texting you yet?? This is the best way to score the hottest deals of the season! 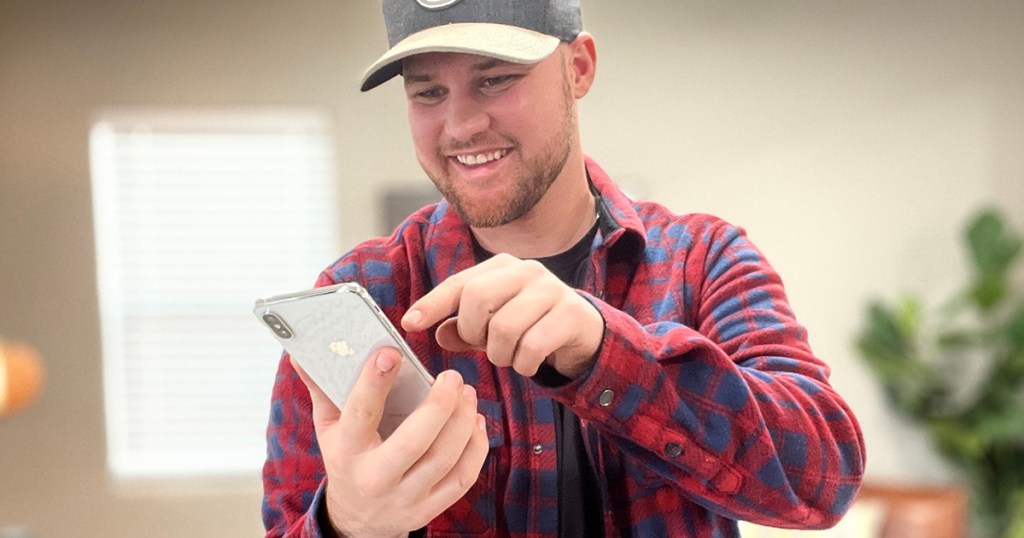 When you sign up for our text alerts, we’ll send you the VERY best deals right to your phone! That means you won’t miss a single deal this holiday season and you’ll be the first to know about all of the best ones…and before they sell out.

Here are a few noteworthy things our team did off the clock in November: 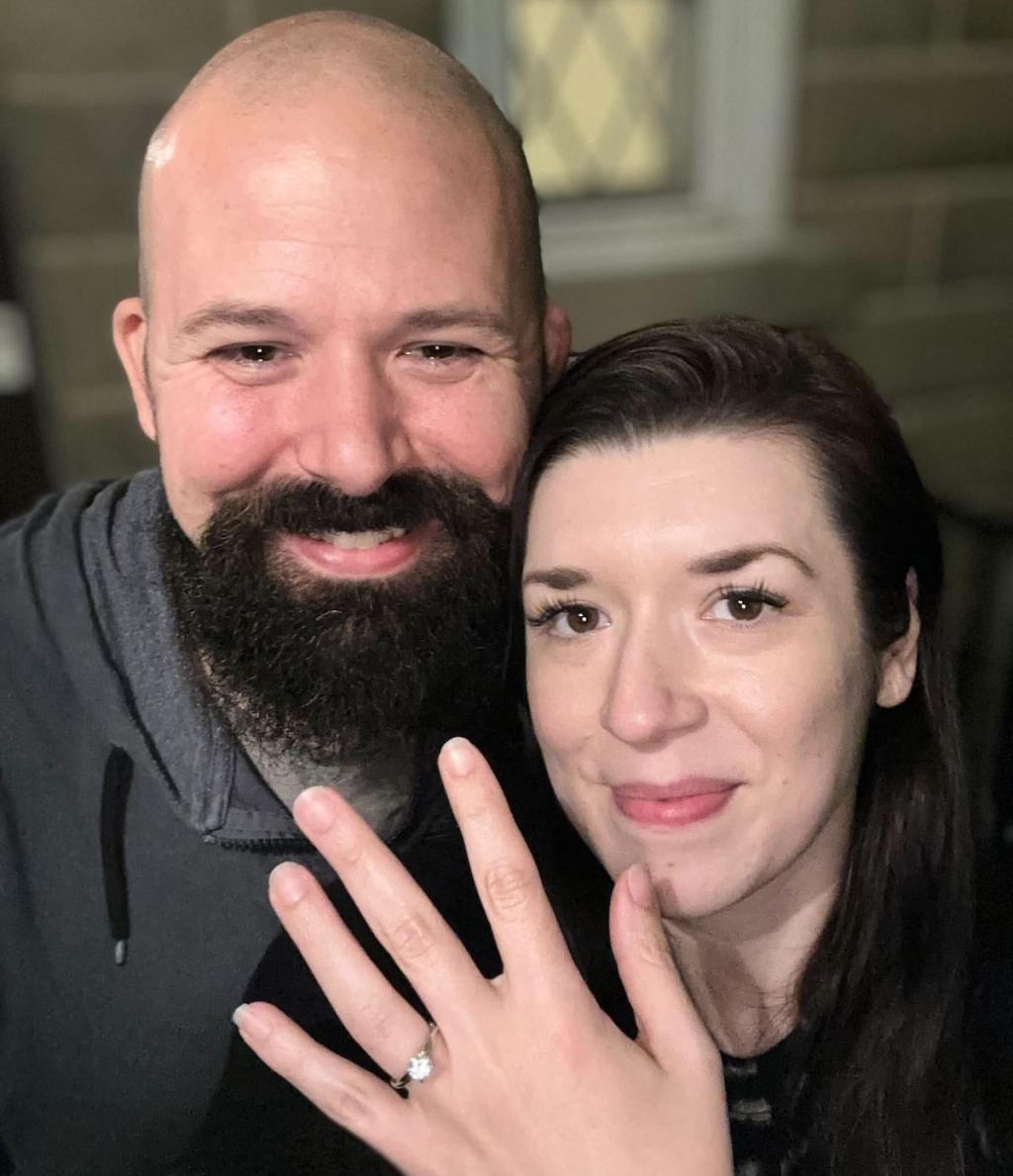 Last month was Shane and Jacie, and this month our Hip sidekick, Jenna, and her now fiance, Damon, got engaged! 🤩 Love is certainly in the air this holiday season at Hip and we couldn’t be happier for them! Congrats, Jenna and Damon! 🥰

Melinda and her family helped pack over 100 boxes for Operation Christmas Child. 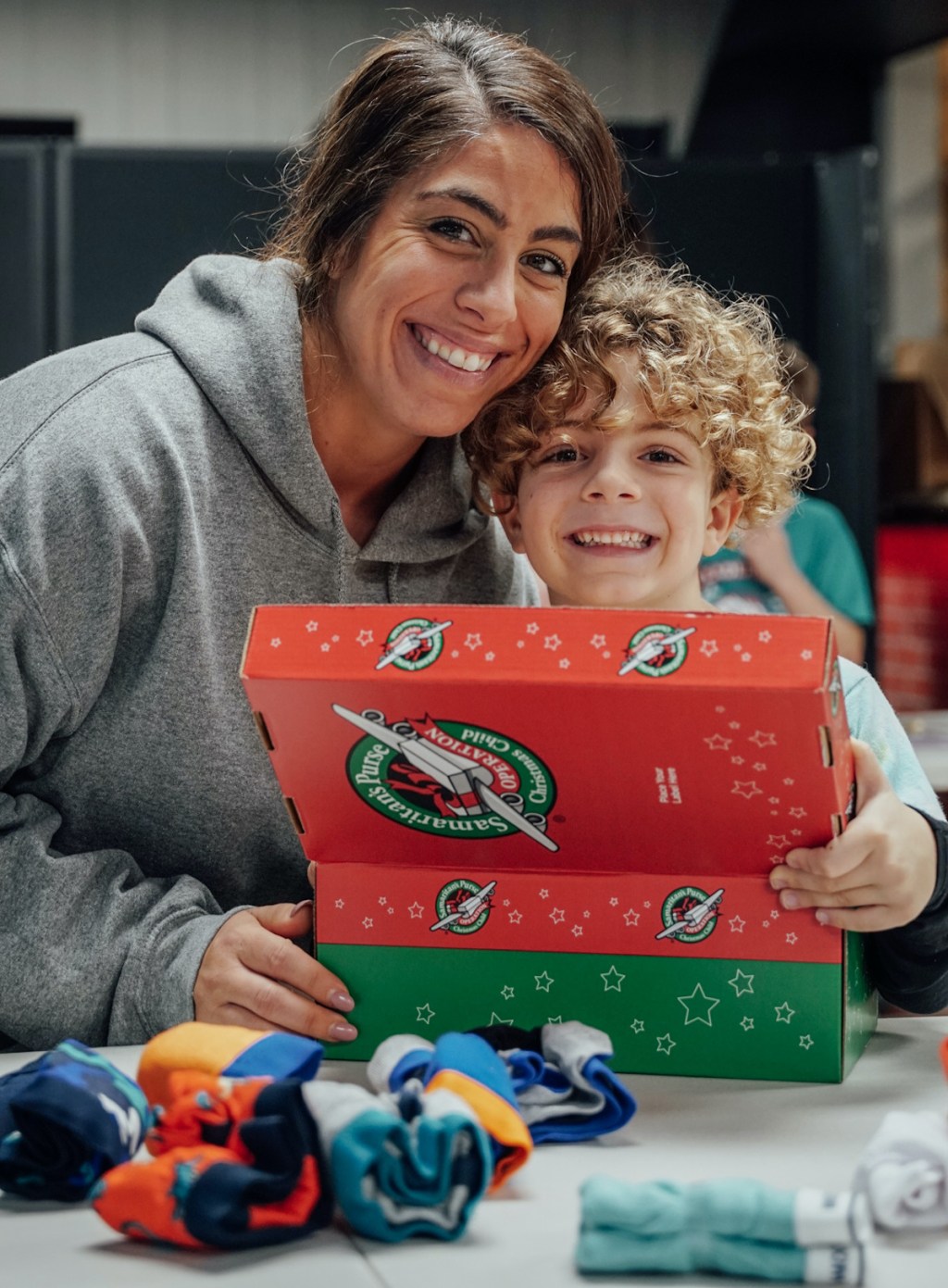 Melinda and her family started the Operation Christmas Child tradition when they lived in Jamaica and loved being a part of it so much that they made sure to make it a part of their holiday traditions back in the states.

If you’re looking to be involved in this tradition, hop over to our post where we share how you can be a part of Operation Christmas Child. 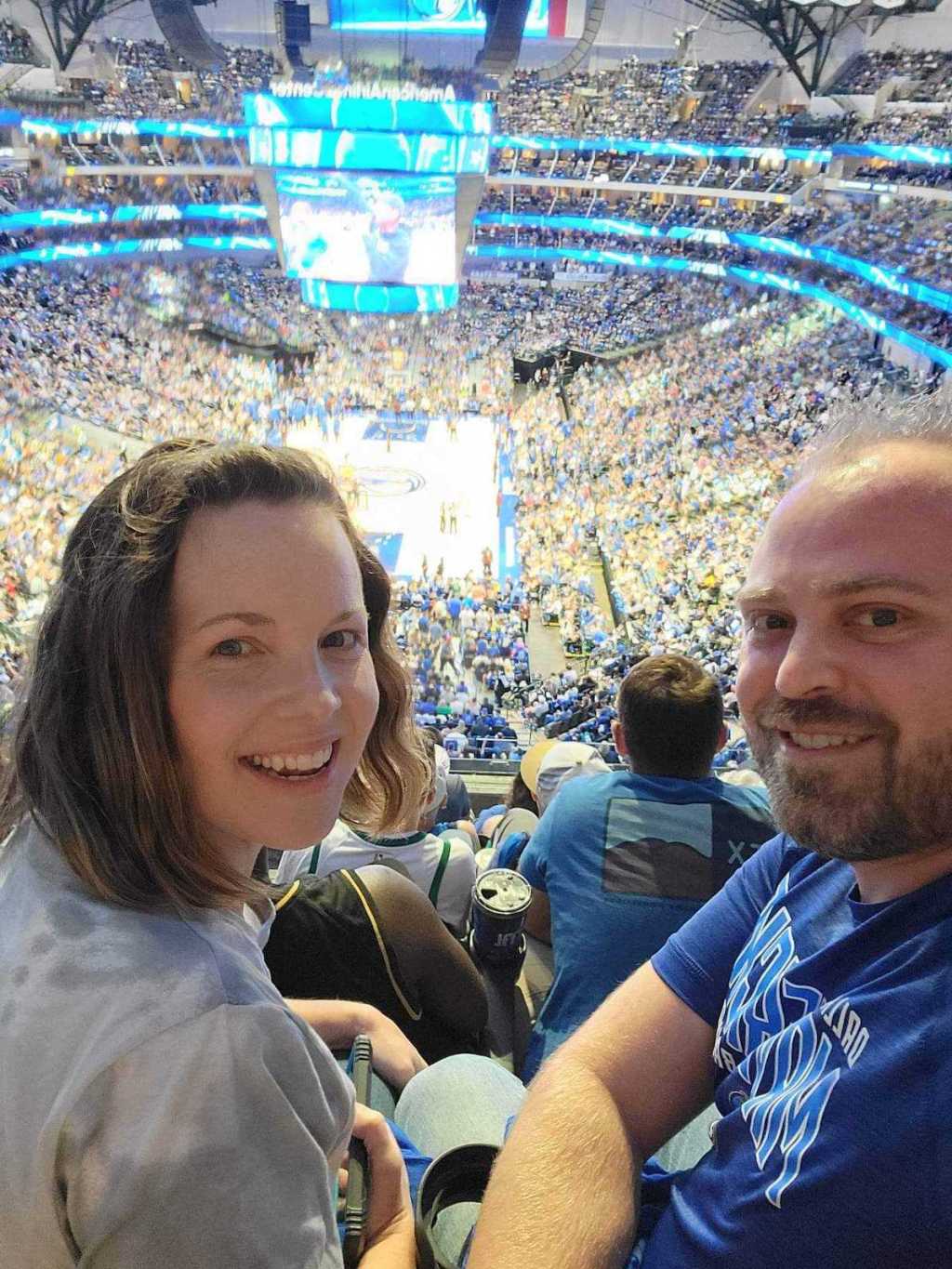 It still pays to listen to the radio! Melissa and her husband enjoyed a fun date night with free tickets won from a ratio station to see the Dallas Mavericks season opener, which they hadn’t been to in years! How fun! 🤩

Ani and her son took advantage of getting to be a tourist in their own city. 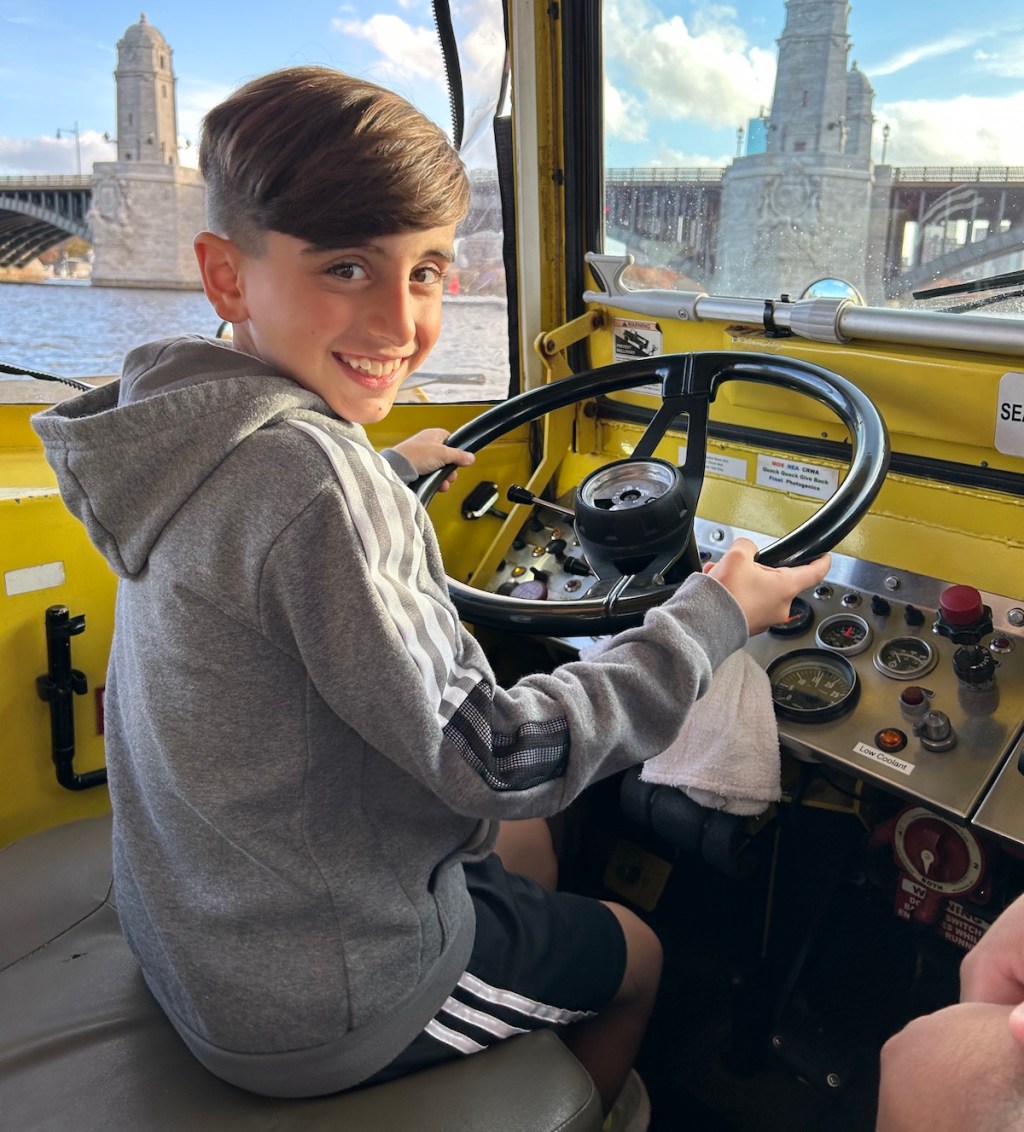 Sometimes your biggest adventures are close to home and you’ll save money by not traveling far from home to enjoy them! Since Ani and her family live right outside of Boston, she took her son for his first-ever Boston Duck Tour. What’s really cool is that their guide even let him steer the boat once it started moving in the water. 🤩

I went on an anniversary trip to Philly and saw the most amazing artwork and scored handmade goods for just $5. 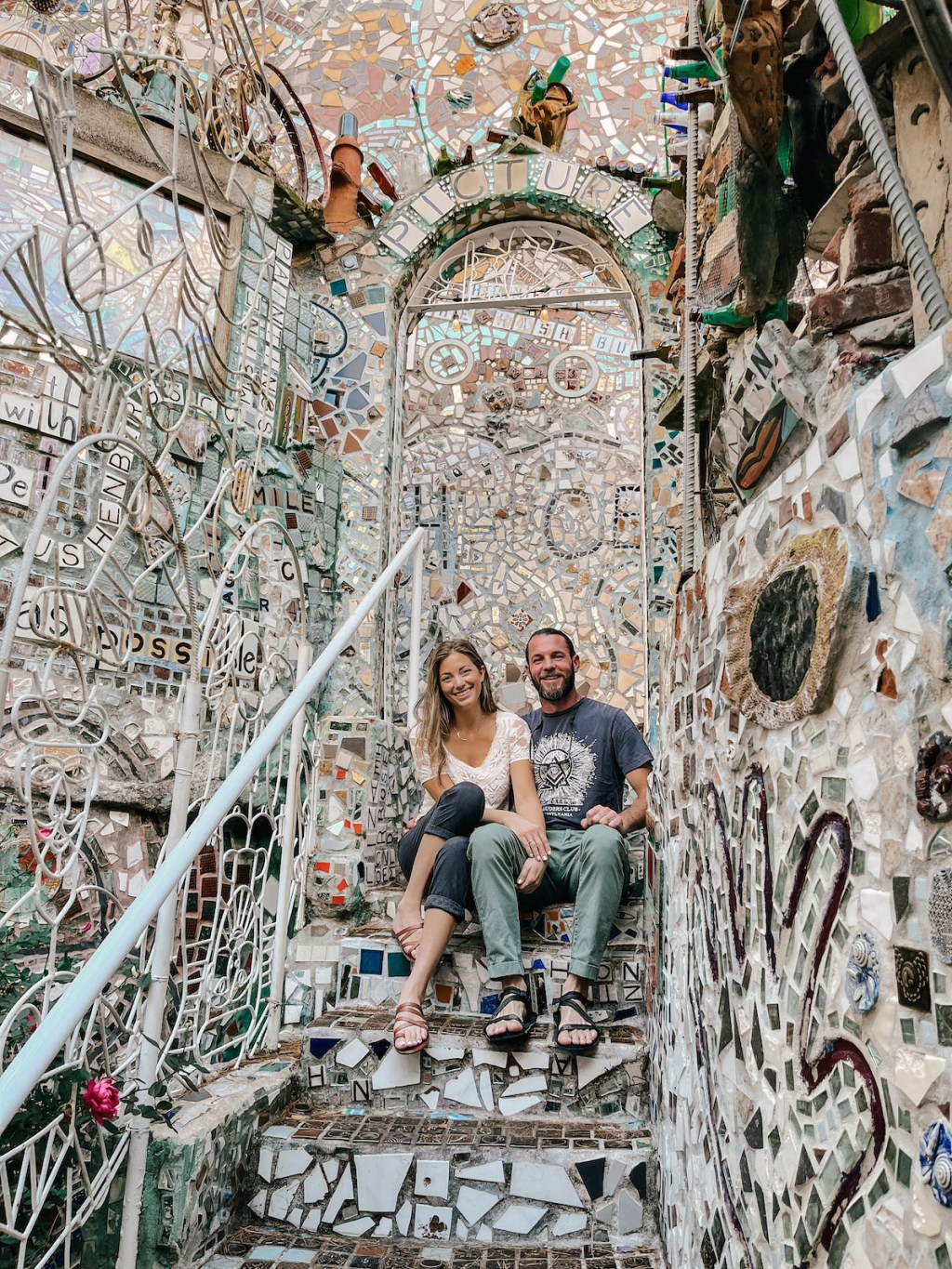 Believe it or not, I’ve lived in Pennsylvania nearly my entire life and had never been to Philly until just a couple of weeks ago. We did so much exploring for our anniversary, but what we loved the most from the whole trip was exploring Philadelphia’s Magic Gardens. 🤩

The largest display of artwork was created by Isaiah Zagar over the span of 30 years and this mosaic masterpiece covers a 3,000 sq ft. indoor/outdoor space. It’s truly the most spectacular thing I have ever seen and tickets are just $15 so if you’re ever in the area it’s a must-see! 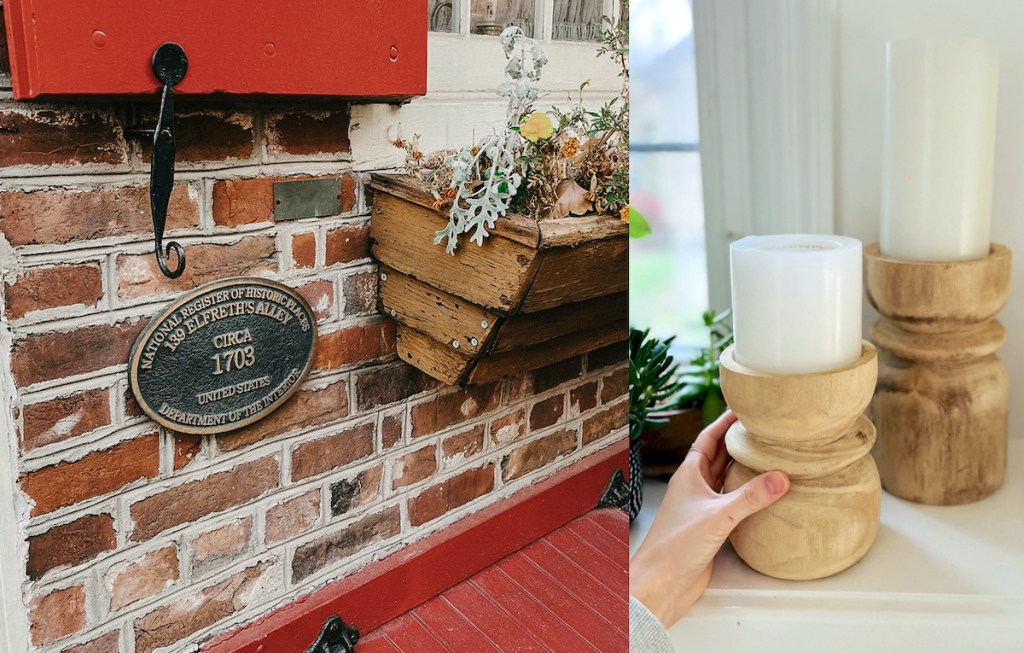 We also happened to be staying right down the street from the oldest residential street in all of America – Elfreth’s Alley. By luck, they had their first-ever handmade flea market so we scored a few early Christmas gifts and my favorite was these giant candle holders for just $5 each. 😍

We’ll be back with more Hip team news in December! Happy Thanksgiving to all! 🦃🧡