Are These Chicken Nuggets From Costco Better Than Chick-fil-A? Word on the street (aka social media) is that Costco has started carrying chicken nuggets that give Chick-fil-a a run for their money. You know we had to take one for the team and give ’em a try so we could let ya know what we think and if they’re a hit or a miss! 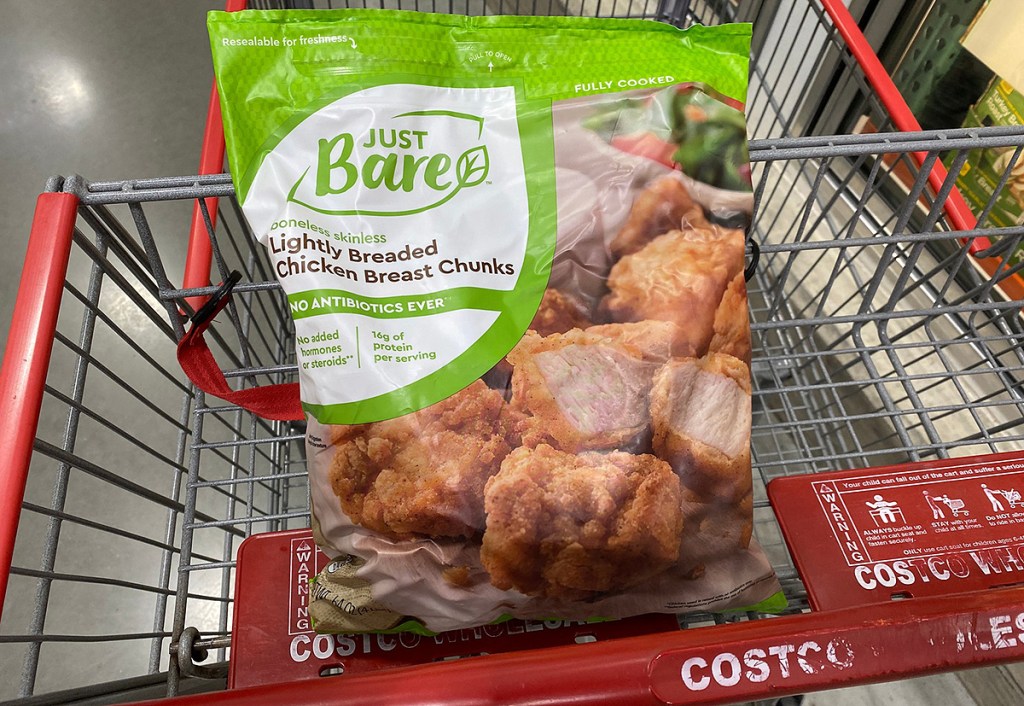 A while back we tried the Sam’s Club Maker’s Mark southern-style chicken nuggets and sandwiches. Even though the sandwiches were a total win, the nuggets just didn’t quite live up to our expectations. After all the hype we’d seen online, we had high hopes for these Just Bare Nuggets sold at Costco. 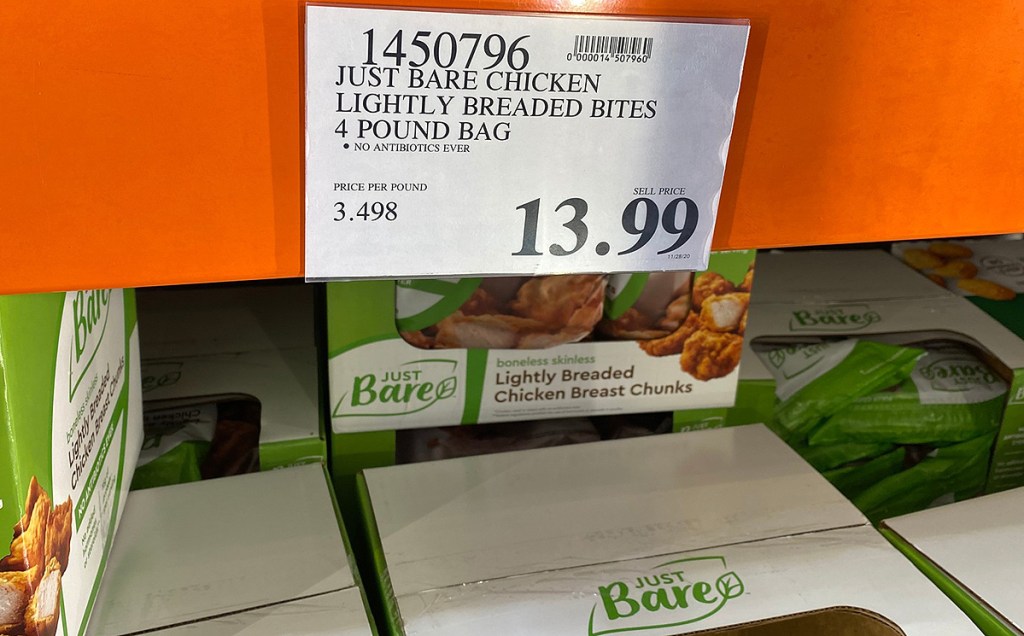 Just Bare Chicken Nuggets are only $13.99 for a four-pound bag at Costco which works out to just $3.50 a pound. Compare that to an order of 8 nuggets at Chick-fil-A sold for $3.85, it’s easy to see who the winner in the price category is, but how do they stack up taste wise? 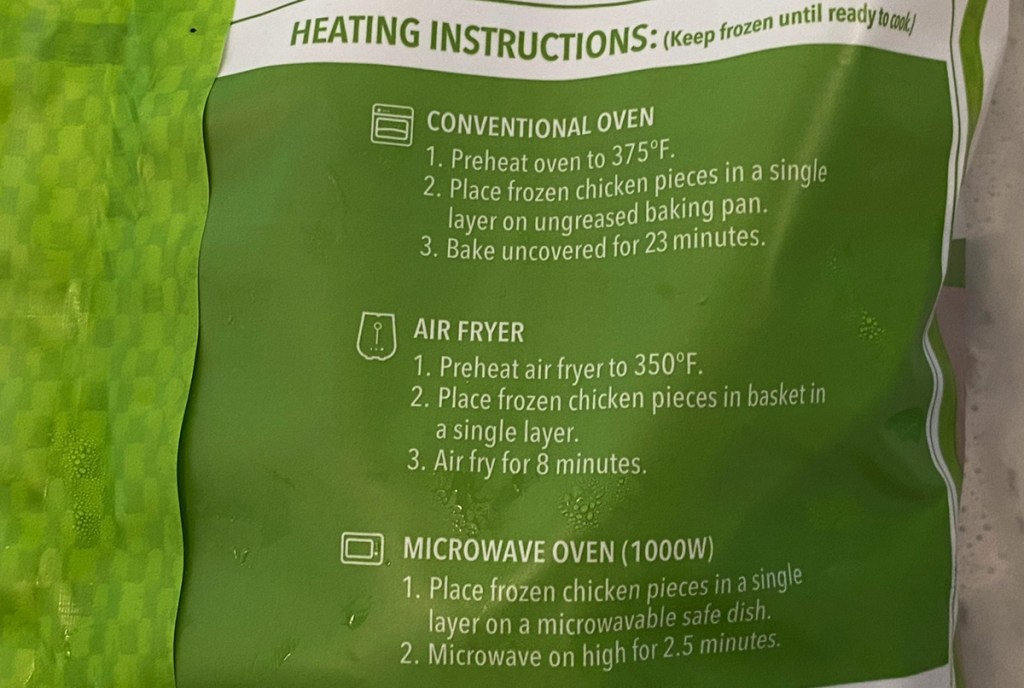 Get the taste of Chick-fil-A right at home (even on a Sunday)!

How cool is it that the Just Bare chicken nuggets not only have conventional oven and microwave heating instructions but they’ve also gone a step above and included the air fryer cooking time as well. This makes it super easy for teens and older kids to make a quick snack for themselves after school, and even on a Sunday when Chick-fil-A is closed! YES!

I don’t know about you, but I hope more companies will start to include air fryer cooking times on their products from now on! 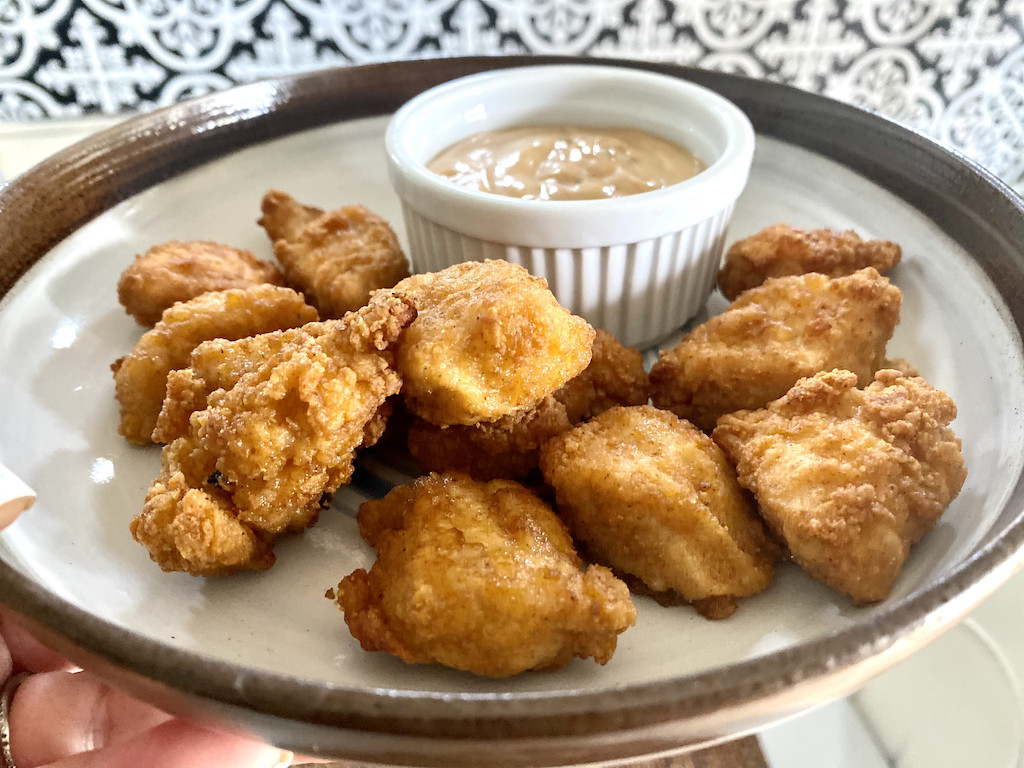 So how do the Chick-fil-A copycat nuggets taste… 🤔

Y’all! These nuggets are legit! My tastebuds are a little muted after having COVID, but they are pretty darn close to Chick-fil-A but maybe just missing the total pickle flavor. You could probably grab a little pickle juice and brush on halfway through cooking to get the full flavor. We always save our extra sauces when we go, so once we dipped them in, it was just like the real thing. 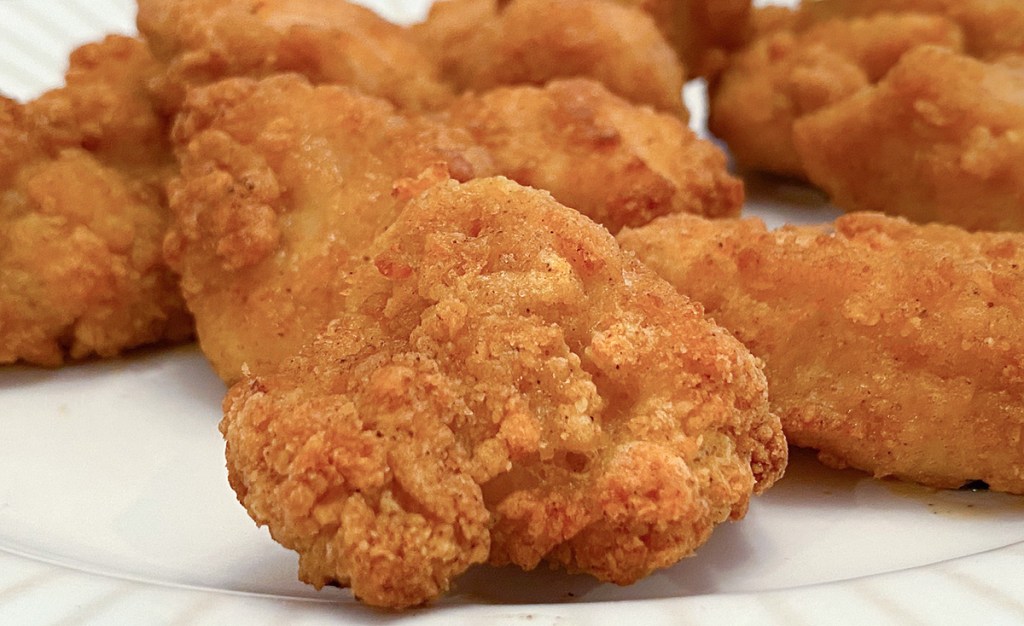 Cooking them in the air fryer was super easy and made them crisp right up. I really think your kiddos are going to love them – even the picky ones. They weren’t gristly at all which is something I had heard about the Sam’s Club nuggets so I was happy that these were not. Seriously, get these ASAP! 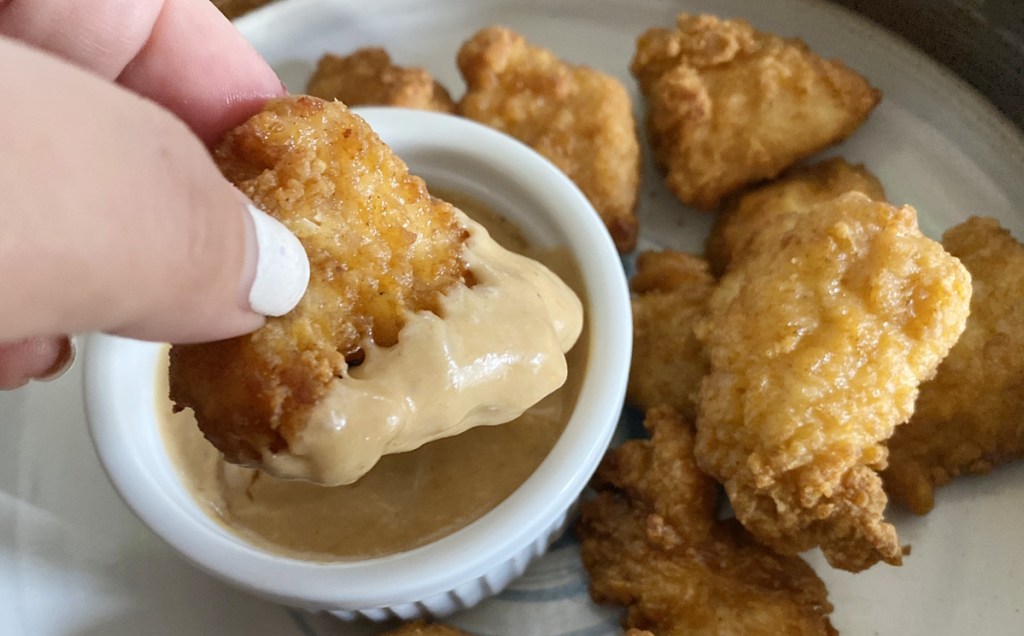 “OMG THESE ARE GOOD!! Don’t hesitate to pick up these nuggets at Costco. My kids are obsessed with Chick-fil-A and really enjoyed these as they have the same vibe. I love the flavorful batter, and they taste super high quality and are a great CFA dupe at home!

I love that there are actual air fryer directions on the bag that worked perfectly too! I whipped up a quick copycat CFA honey mustard sauce recipe (you can find our sugar-free version here) and it was a completely awesome chicken nugget experience!” – Lina 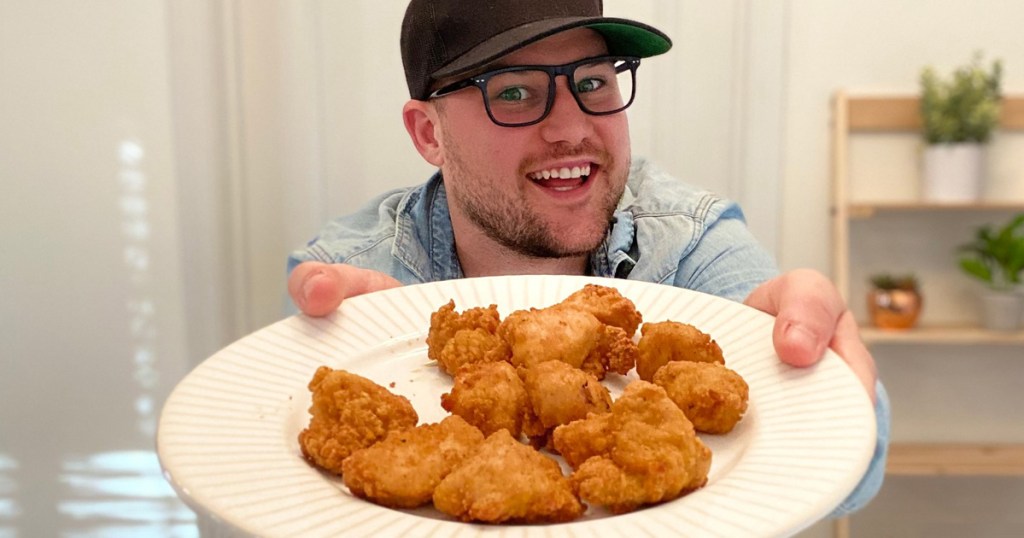 “I’ve been trying to stay out of the drive-through in an effort to eat healthier and save money. These nuggets were so easy to throw in the air fryer and were ready in just 8 minutes. Now when I get a craving at night for CFA I can grab some of these bad boys for a quick dinner or snack. I dipped them in some sriracha and these nuggets were a total win!” – Stetson

The secret is in the sauce! 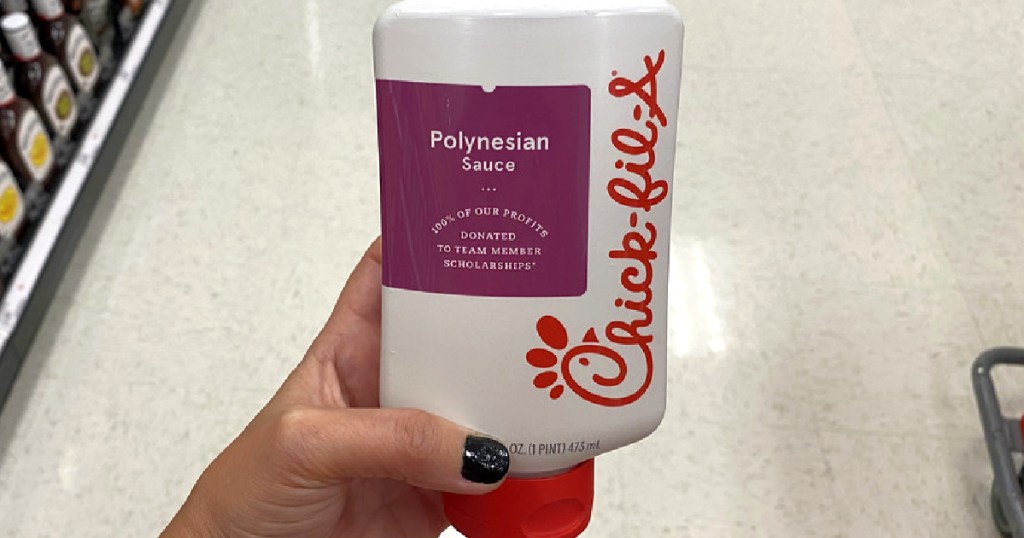 I gotta tell ya, while these nuggets are OMG good, they just wouldn’t be the same without a delicious sauce to dip them in! Luckily you can now buy bottles of some of your favorite Chick-fil-A sauces in stores like Walmart, at your local Chick-fil-A, and from Amazon!

I’m a sucker for the CFA Polynesian sauce, it’s so good I want to swim around in it. YUMMO! Or if you’re like me, you possibly have a billion packets stashed away in your fridge from your various trips through the drive-through. 😅 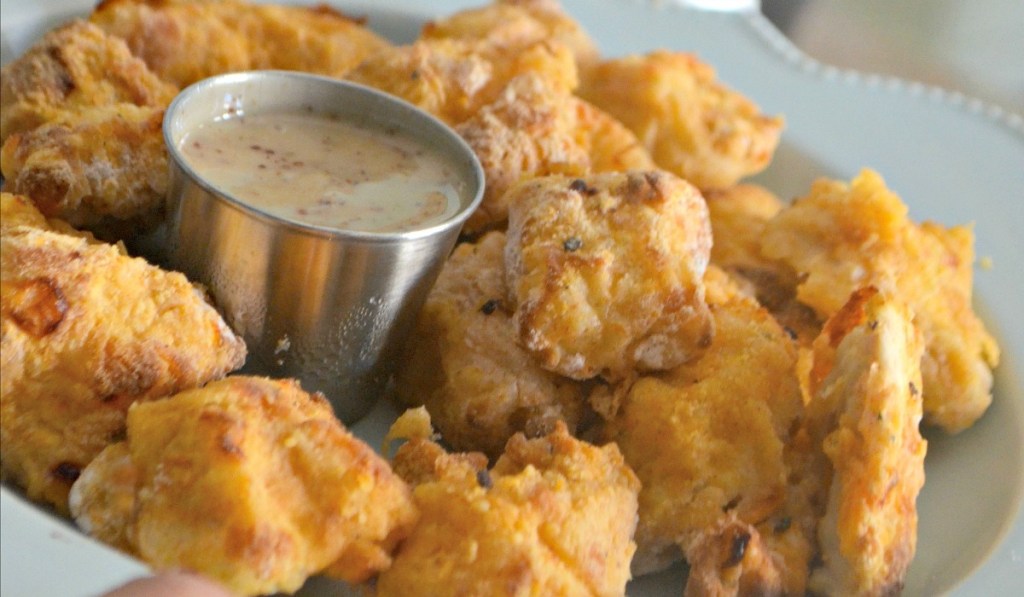 Prefer to make them from scratch? Give our Chick-fil-A copycat nuggets recipe a try!

Angela graduated with a Bachelor's Degree and has 20+ years of experience as a writer and photographer with her work being featured in US Weekly Magazine, The Los Angeles Times, People Magazine, and more. 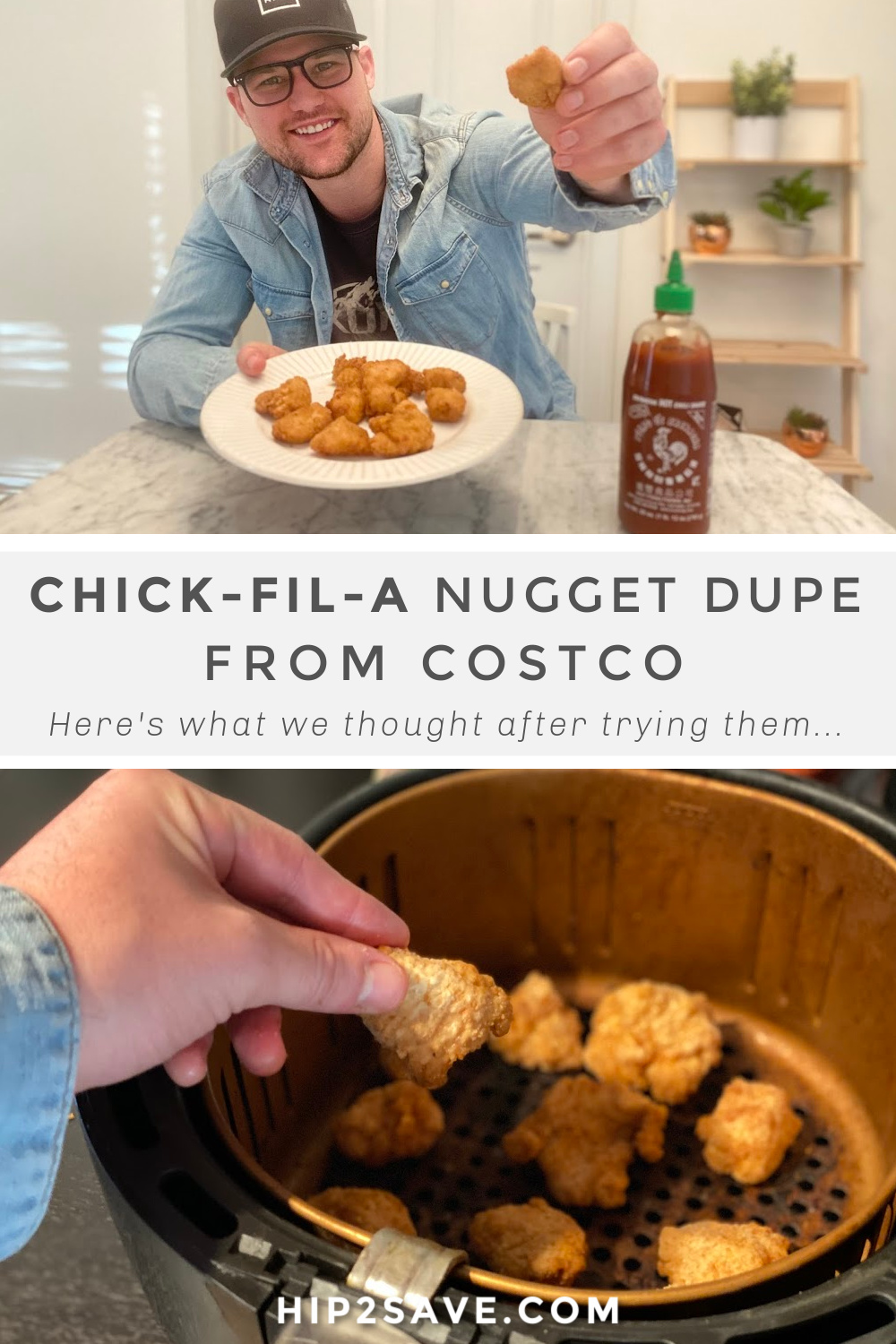