We Tested Out the New Movin’ Lips Mr. Potato Head Toy & LOVED It! 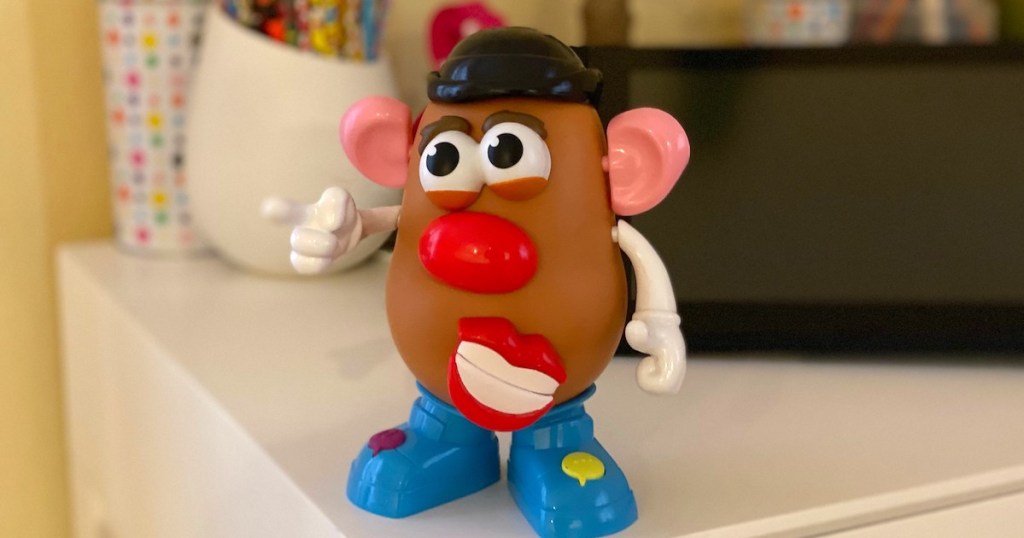 Make sure to watch Collin and Stetson’s live reviewing this traditional toy (now with movin’ lips!) so you know if it’s worth picking up this holiday season or not. 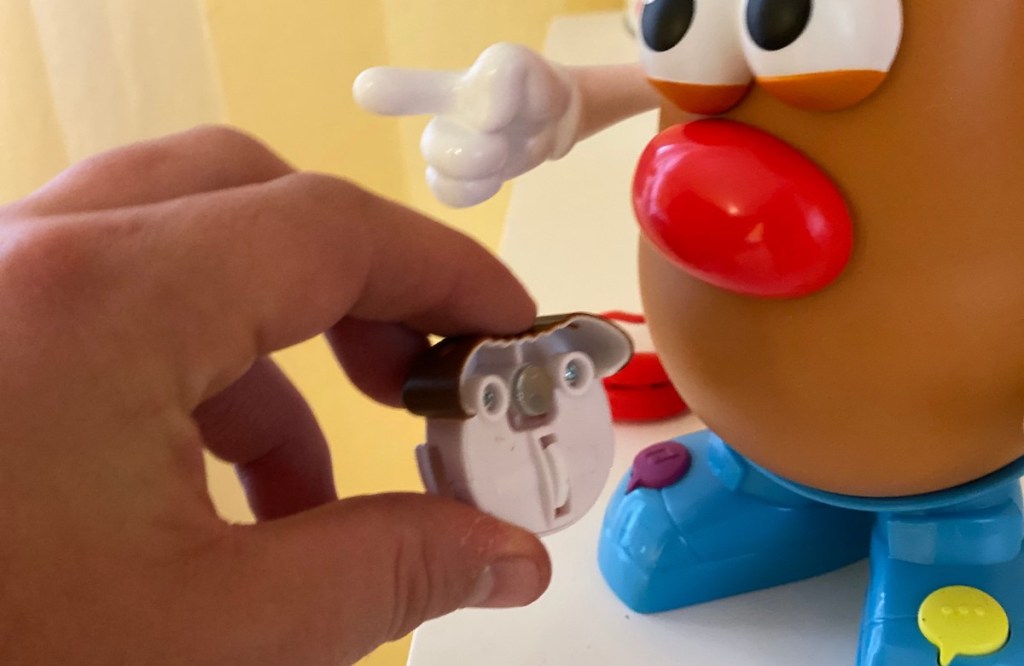 Here’s what Collin had to say about Mr. Potato Head Movin’ Lips!

“This is the least expensive toy we’ve reviewed yet, but the quality is really nice! I also think he would be a great addition to a traditional Mr. Potato Head set because your kiddos can still use the parts from the other ones! I’m really digging this toy, and think the movin’ lips are cool with the 40 different phrases and songs!

The only drawback of this toy, unlike the traditional Mr. Potato Head, is you aren’t able to store all of the parts in the back because of the batteries on this electronic toy. Not a super big deal, but just something to keep in mind.

Overall, I really think the lips are such a fun addition and I think he would make such a cute gift. This might be the only toy I’ll be giving a 10 out of 10 so this is one we’ll be watching for a price drop come Black Friday!” 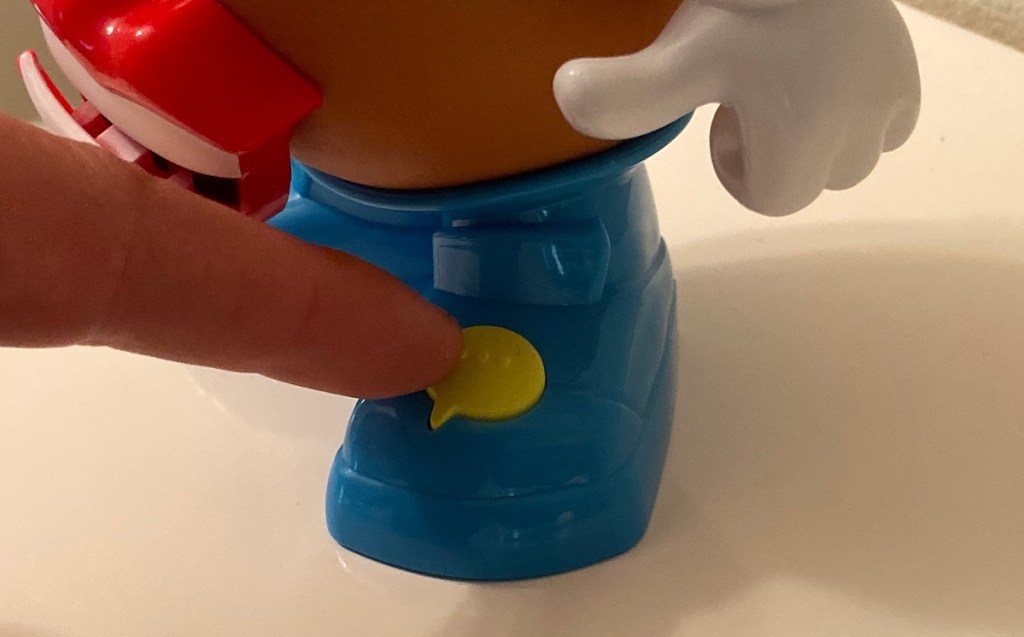 This Mr. Potato Head Movin’ Lips Electronic Interactive Toy features sounds, songs, and super-silly moving lips! He even sings his own version of the hit song “Lips are Moving” by Meghan Trainor so the kids aren’t going to be the only ones enjoying this toy. I can already hear the fun now! 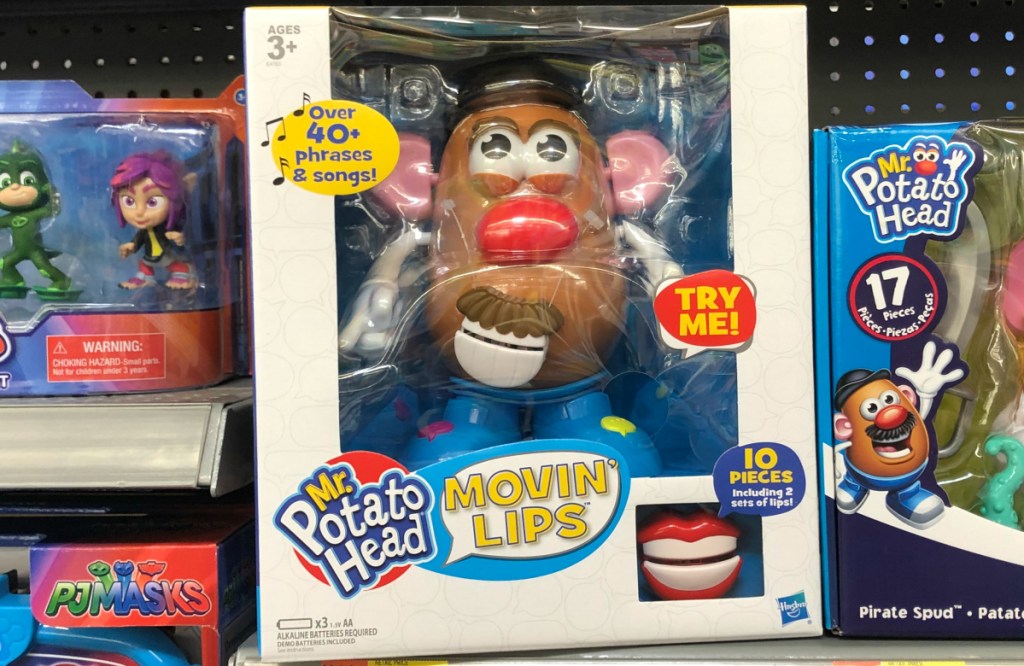 Here’s where you can score a Mr. Potato Head Movin’ Lips toy: 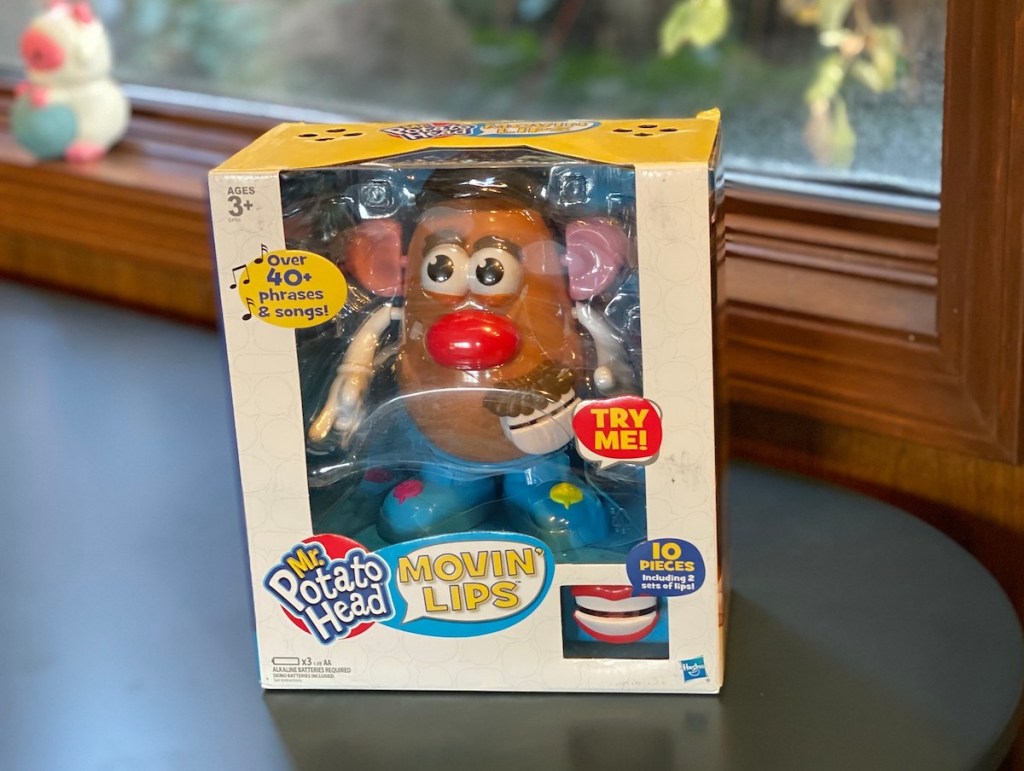 So do you think this classic toy makes the top of your list or should this hot potato stay on the dinner menu instead?

Come see the other top kids’ toys for Christmas 2019! 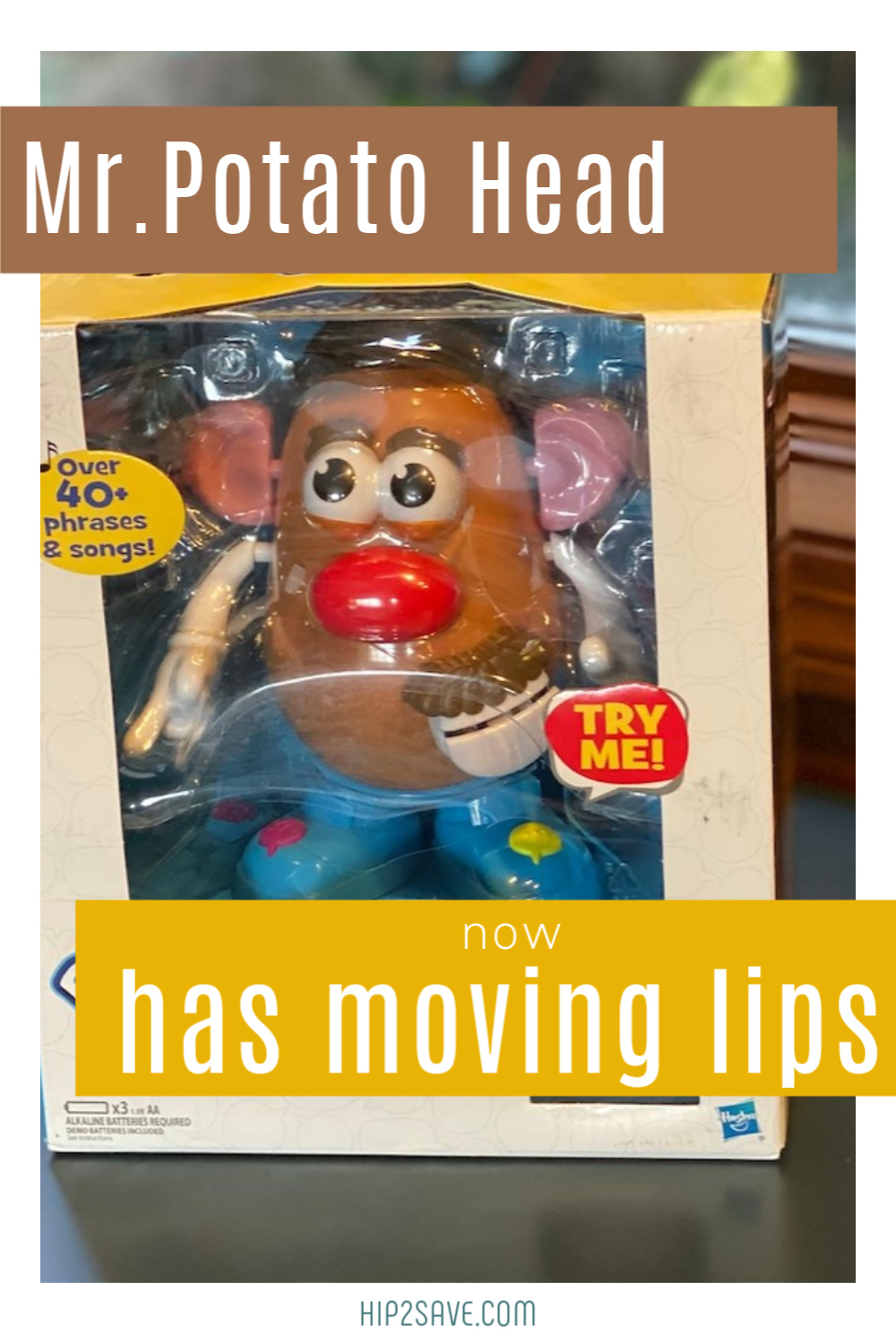