Make These Festive Christmas Centerpieces for Only a Couple Bucks! 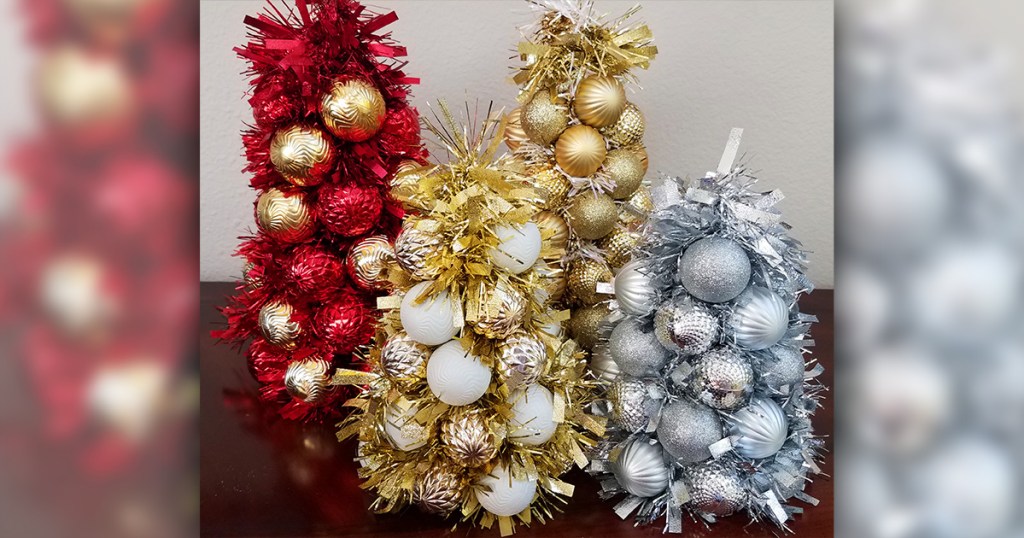 Even though we’re still recovering from a fulfilling Thanksgiving, there’s no better time to start getting your holiday decor ready (if you haven’t started already!). Hip2Save reader Amber recently shared with us a frugal and festive way to make eye-catching centerpieces using inexpensive Dollar Tree & Michaels craft supplies! 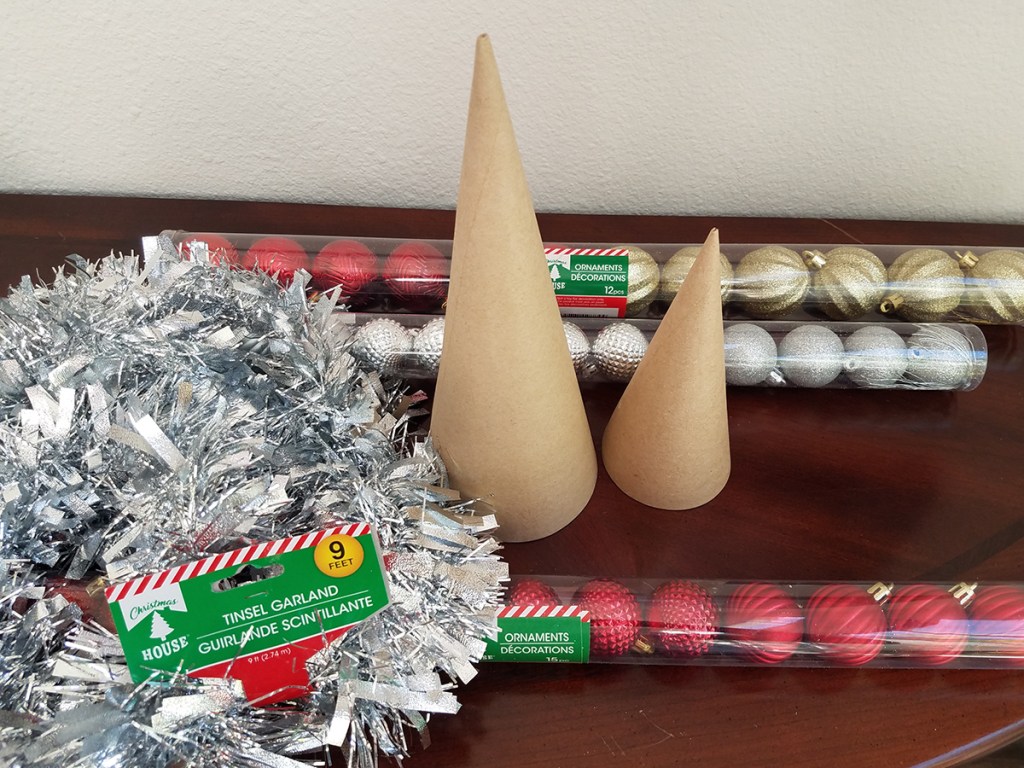 I have been a Hip2Saver for a few years now, and I love your site! I saw that you posted a DIY Dollar Tree Christmas centerpiece recently and thought I would share something that I made on the cheap from mostly Dollar Tree items! 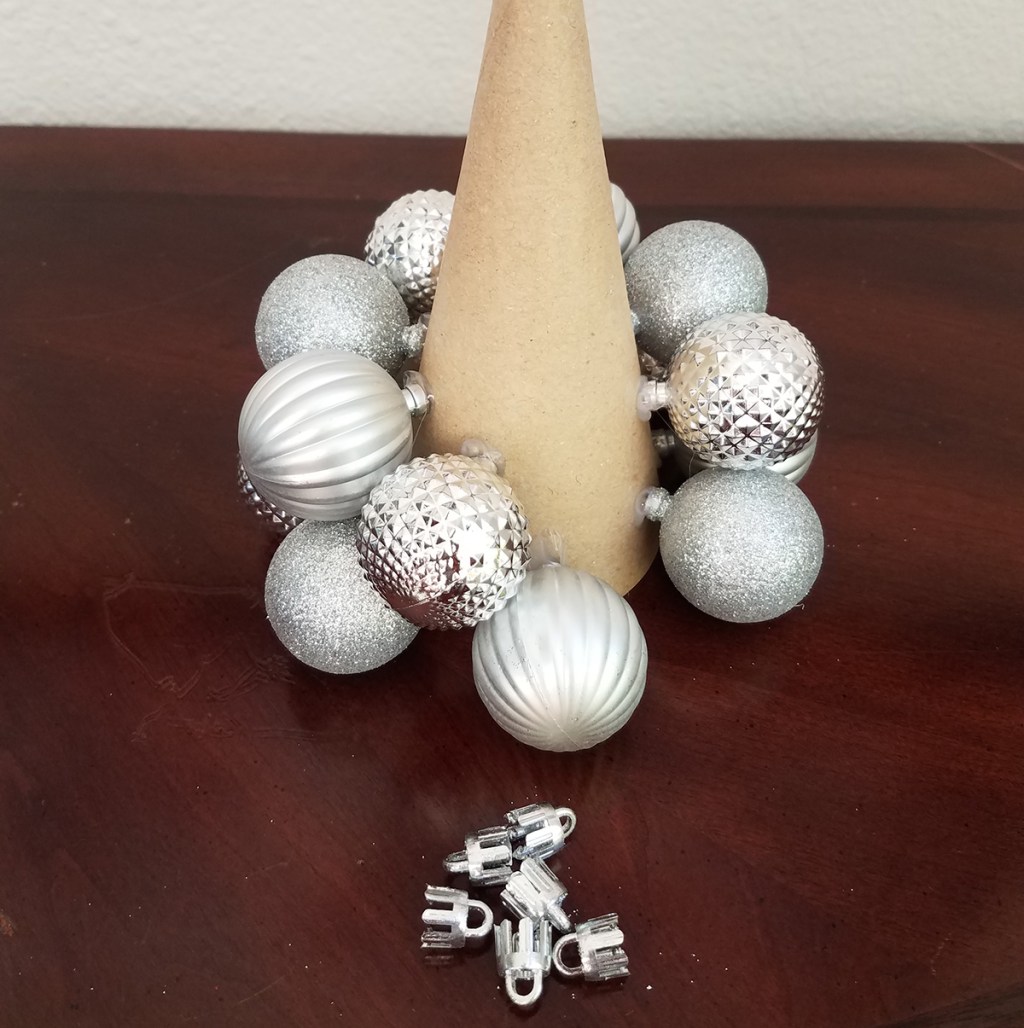 Step 1: Pop off the top part of the ornament that holds the hook.

Step 2: Glue the ornament “stem” onto your cardboard cone starting with the bottom row first.

Tip: Construct the cones on a table so the flat, hard surface will hold the ornaments in place while they dry. After doing the first bottom row, I place the next row of ornaments in-between the bottom ones, so they hold the one above in place. It helps instead of holding each one in place until it dries! 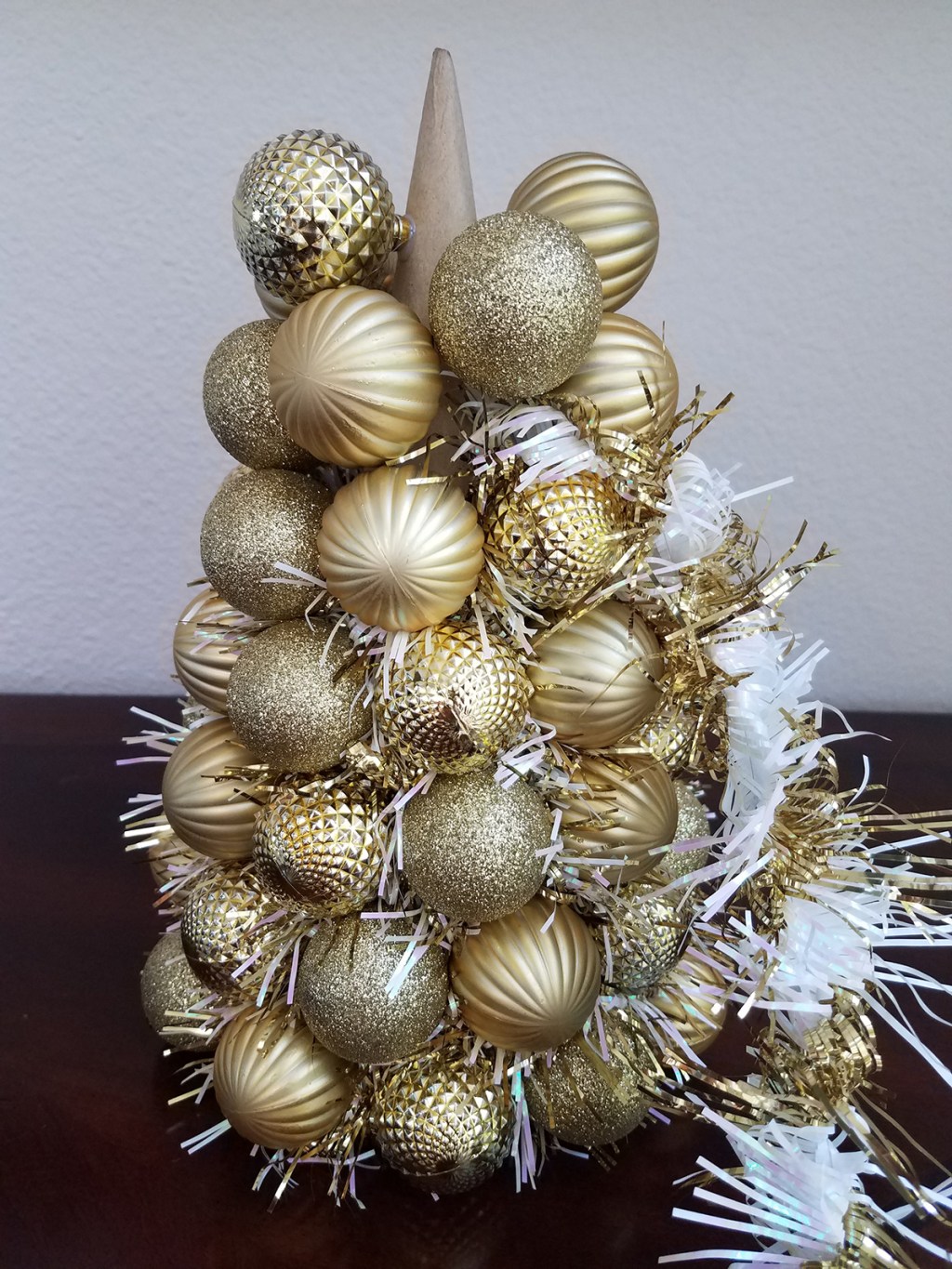 Step 3: Once the ornaments are in place and the glue has dried, “thread” the garland in-between the ornaments. I folded the garland over to make a little “pom” on top of the cone as the topper. 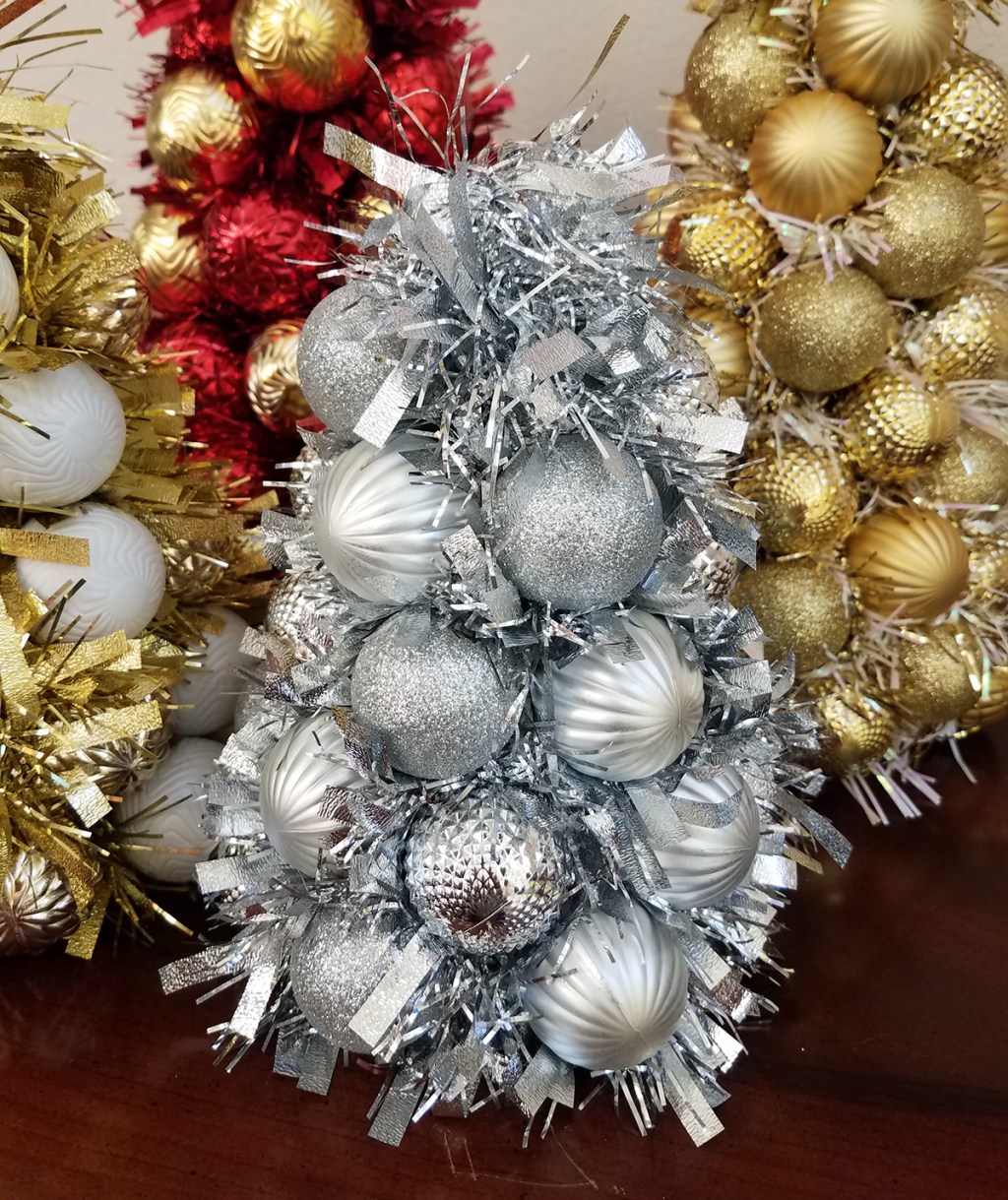 Yule want to leave this decor up through the New Year! ✨

Do you have a funny, “Hip”, or unique tip to share?! Fill out our Happy Friday form. Every Friday, we post one submission by a Hip2Save reader (view past submissions) that gives us a glimpse into their frugal lifestyle or simply makes us smile. If yours is published on Hip2Save, we’ll email you a $10 Amazon eGift card!

Learn the Tips & Tricks to having your Happy Friday submission picked!