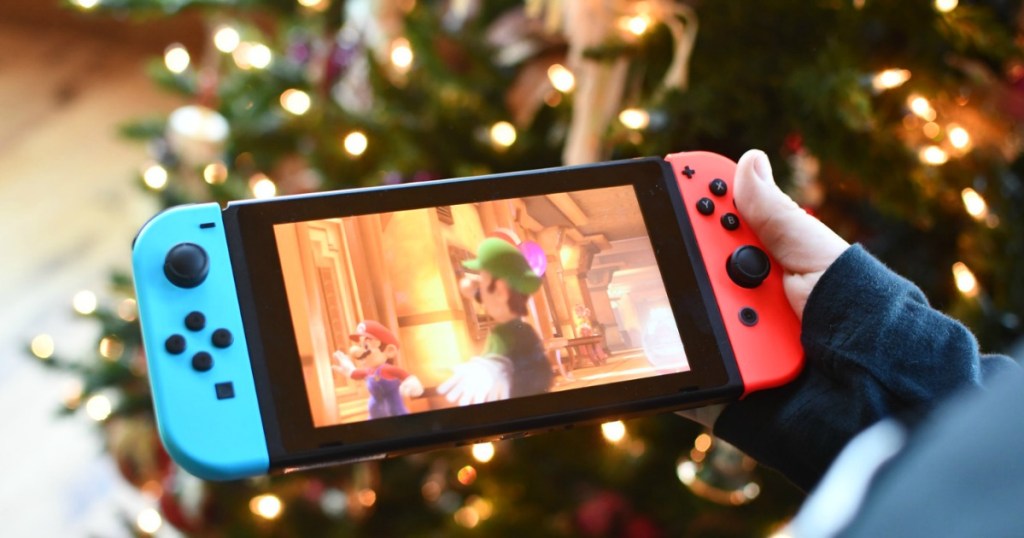 Lots of kiddos (and adults!) have gaming consoles on their holiday wish list. We’re breaking down each system to help you decide which one would be best for your family! We’re comparing the Nintendo Switch, Nintendo Switch Lite, Xbox One S, Xbox One X, Playstation 4, and PS4 Pro. 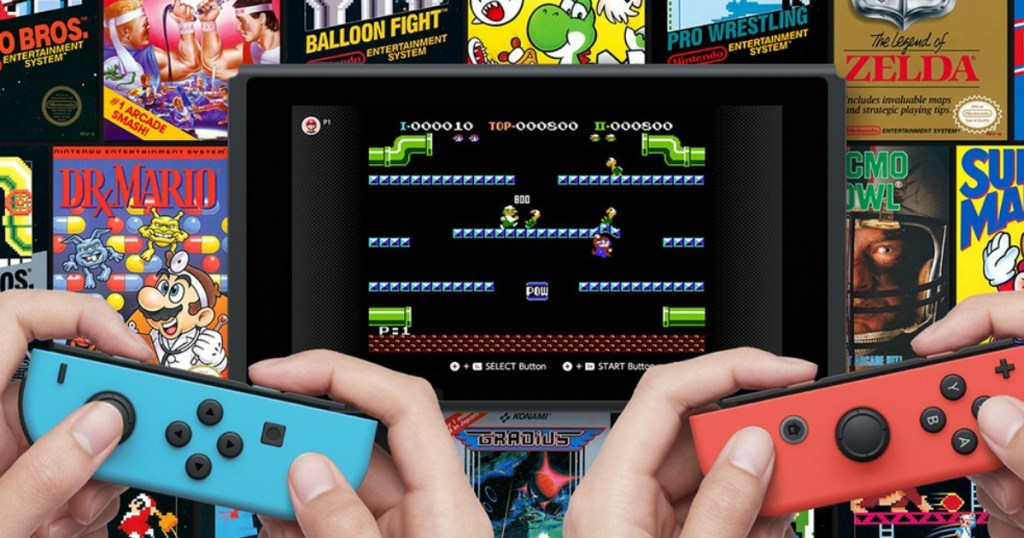 If your kiddo is a Mario fan like me, then the Nintendo Switch is the system for you with their catalog of Nintendo exclusive games including the popular Mario franchise. It is completely portable and can be taken on the go or docked at home to your TV, making it truly versatile. You can even play games online!

The Nintendo Switch is typically priced around $299.99, but you can score some sweet Black Friday deals to get this gaming system at a discount. 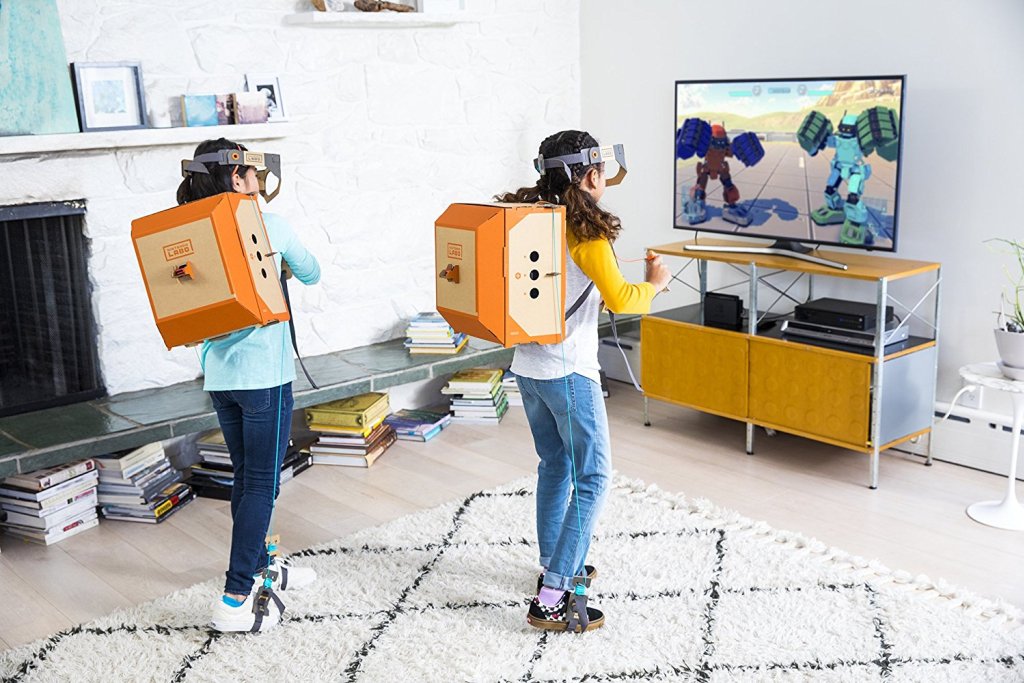 Another cool feature of the Switch are the Nintendo LABO Kits that you can add on to your console. Gamers can build their own toy-con creations from the variety kit, robot kit, vehicle kit, or VR kit. Each kit has everything you need to create a fun add on to your system experience. 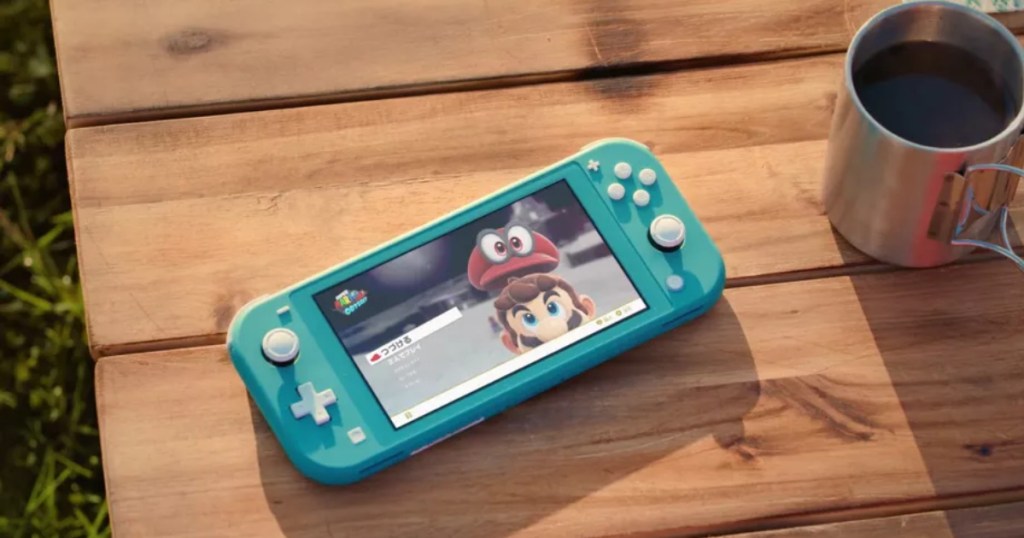 If you’re looking for a more affordable version, you might want to consider the Nintendo Switch Lite priced around $199.99. This system is an on the go handheld device and does not dock to your home television like the standard Nintendo Switch.

I like to think of the Lite as the Nintendo Gameboy or 3DS for the younger generation. Not all games from the Switch will play on the Switch Lite as this is a single-player system. 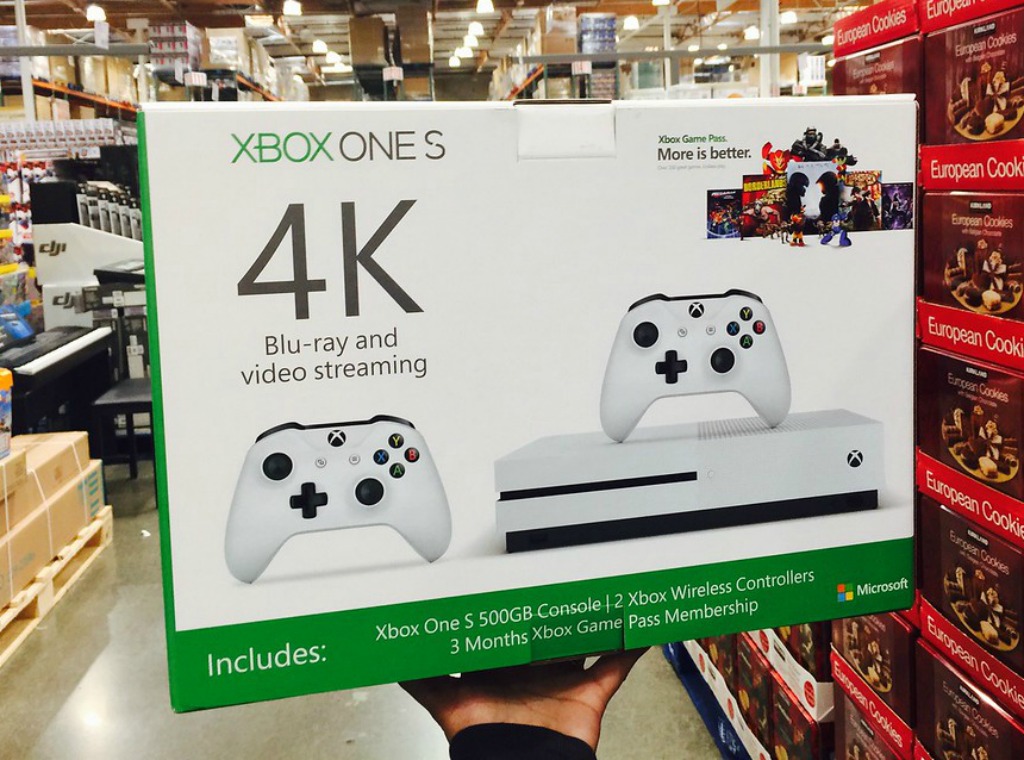 The Xbox One S offers upscale 4K gaming at an affordable price. The nice thing about the One S is that you CAN play previous released Xbox and Xbox 360 games which is a huge advantage over the PlayStation which mostly does not. The Xbox One S typically starts at $299, however you can currently find it on sale for Black Friday for as low as $199.

You’ll also be happy to hear that this model features a 4K Blu-ray player and streaming so you can watch all your favorite Netflix shows and 4K Blu-ray movies.

If you don’t mind not having physical video games, you can also opt for the Xbox One S All-Digital Edition that is disc-free and starts around $149. Your games and saves travel with you—just sign in on any Xbox One with your Microsoft Account and you’re ready to go. 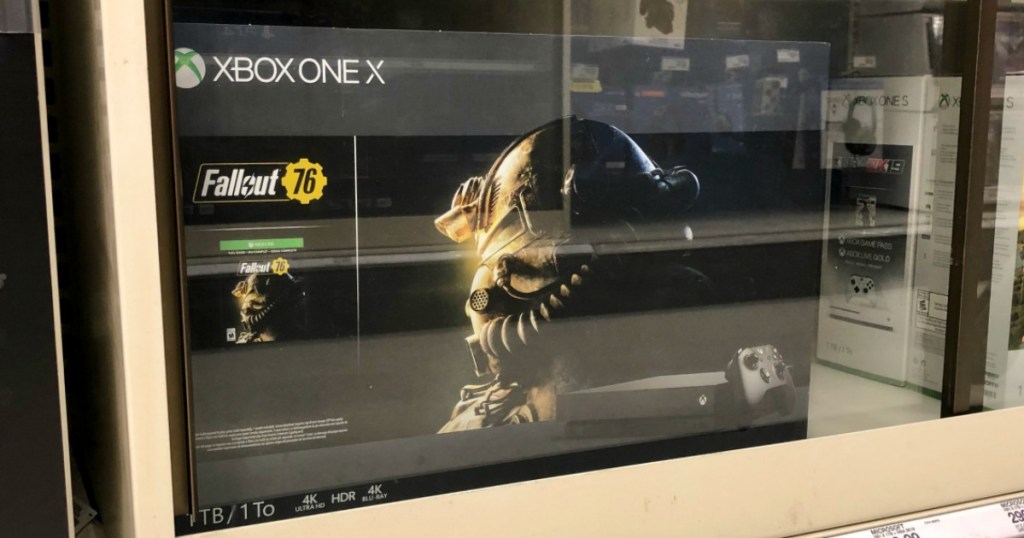 The Xbox One X is a powerhouse that offers a heavy-duty processor for faster gaming, Ultra HD Blu-ray player, HDR, and native 4K. It has a whopping 1TB hard drive and has the capability to add on an external drive if you find yourself quickly filling it up. This system is perfect for the hardcore gamer and starts around $499, however, many stores currently have it on sale for as low as $349.99 with Black Friday pricing. 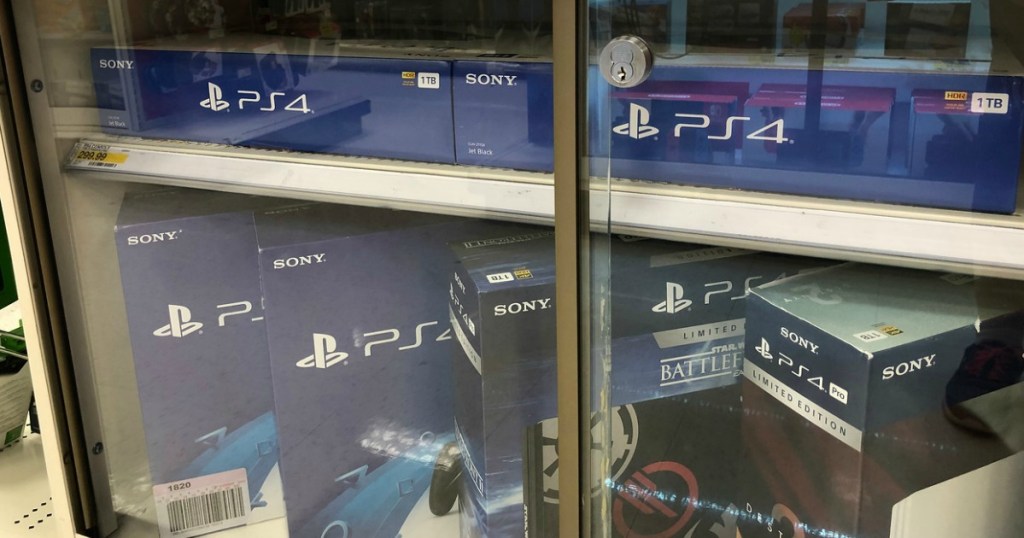 The PlayStation 4 features a DVD/Blu-ray optical drive so you can play all of your favorite movies without having to buy a separate player. It has pretty cool exclusive games including Spiderman and the popular Uncharted series. It does not offer 4K gaming and tops out with 1080p, so if that’s a must-have feature, you’ll want to consider the PS4 Pro.

This system offers virtual reality games when you purchase the PlayStation VR Headset (sold separately). It typically starts at $299.99 but currently, you can find great Black Friday deals starting at just $199.99.

Unfortunately, both the PlayStation 4 and PlayStation 4 Pro don’t really offer backward compatibility for older games, so if you’re upgrading from a PS2 or PS3 you most likely won’t be able to play your old games on either system. 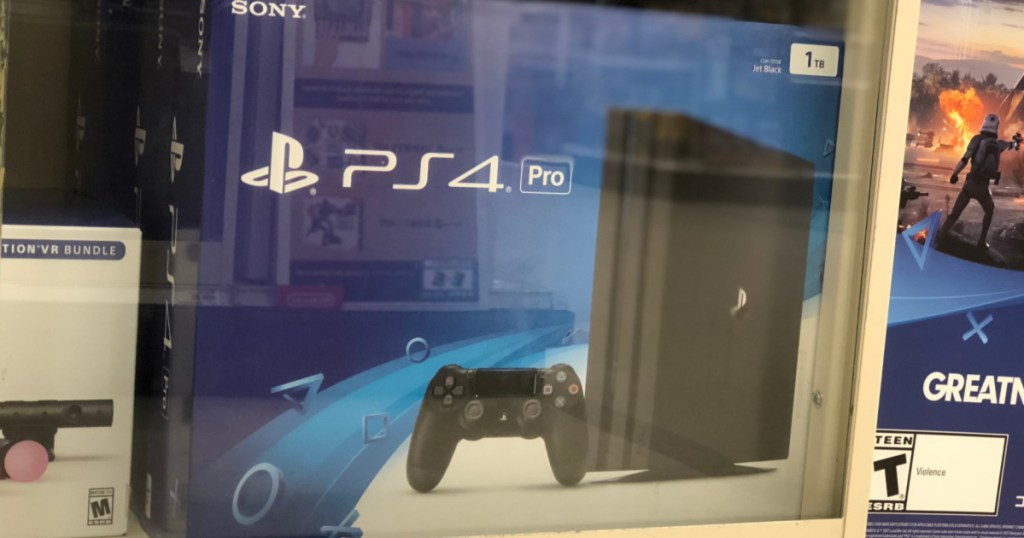 This system does not have an Ultra HD Blu-ray player, but it will play standard DVDs and Blu-rays with 4K streaming capability. If you have your eye on the Pro, now is the time to grab one as it’s heavily discounted for Black Friday and priced as low as $299.99 (regularly $399.99). 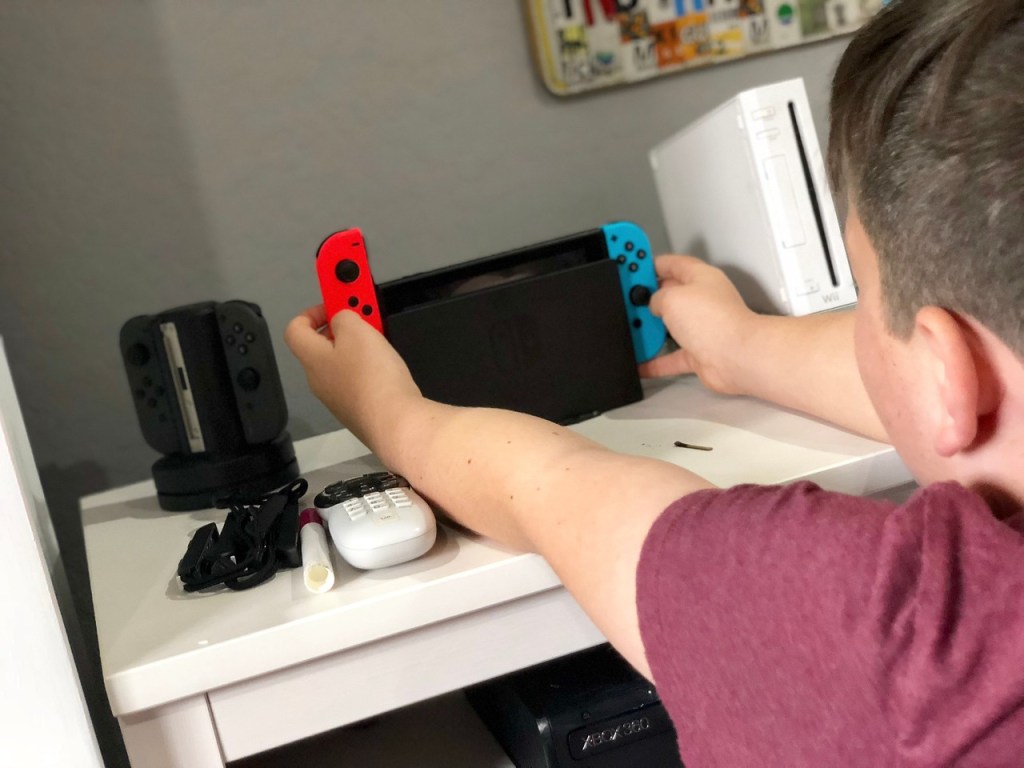 So which one should you buy?

We have each of the consoles at home (my son is a huge gamer) and in my opinion, the Nintendo Switch is the best and I feel like it’s the most family-friendly of the gaming systems. It’s portable and offers all the major gaming titles that kids love including Fortnite and Minecraft.

If you have a gamer who strictly plays at home, the Xbox One S or PlayStation 4 are suitable consoles both with powerful performance in an approachable price range. These are the most popular models for at-home consoles.

Got a hardcore gamer who downloads tons of games and values the most optimal gaming resolution? The Xbox One X or the PlayStation 4 Pro are the top of the line models for advanced gameplay. They’re higher in price but come with additional hard drive storage and upgraded processors.

I Ditched My Always Pan for Caraway Cookware & I’m Not Sorry (Over $180 OFF Ends Tonight!) 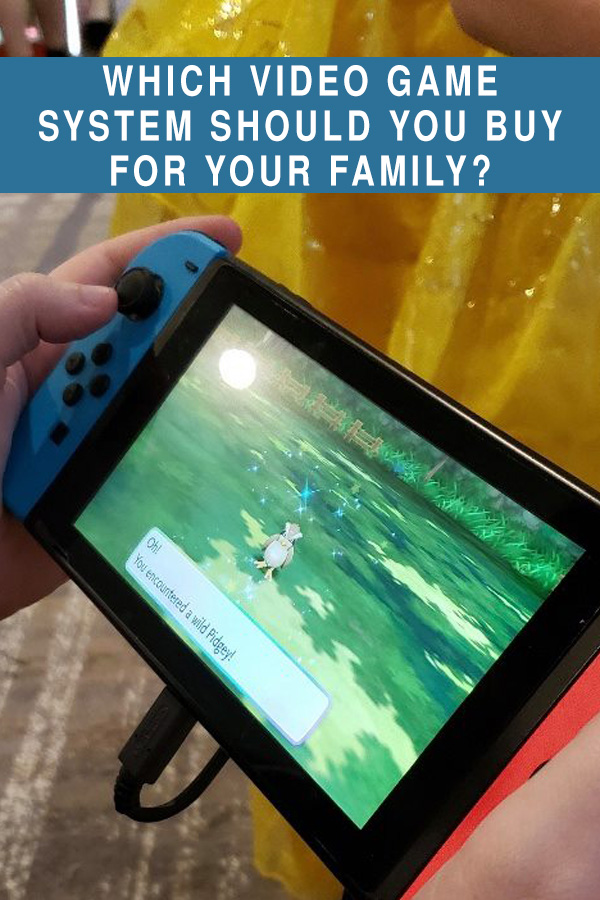