Here’s what our Hip2Save team members have been up to when we’re not hard at work. 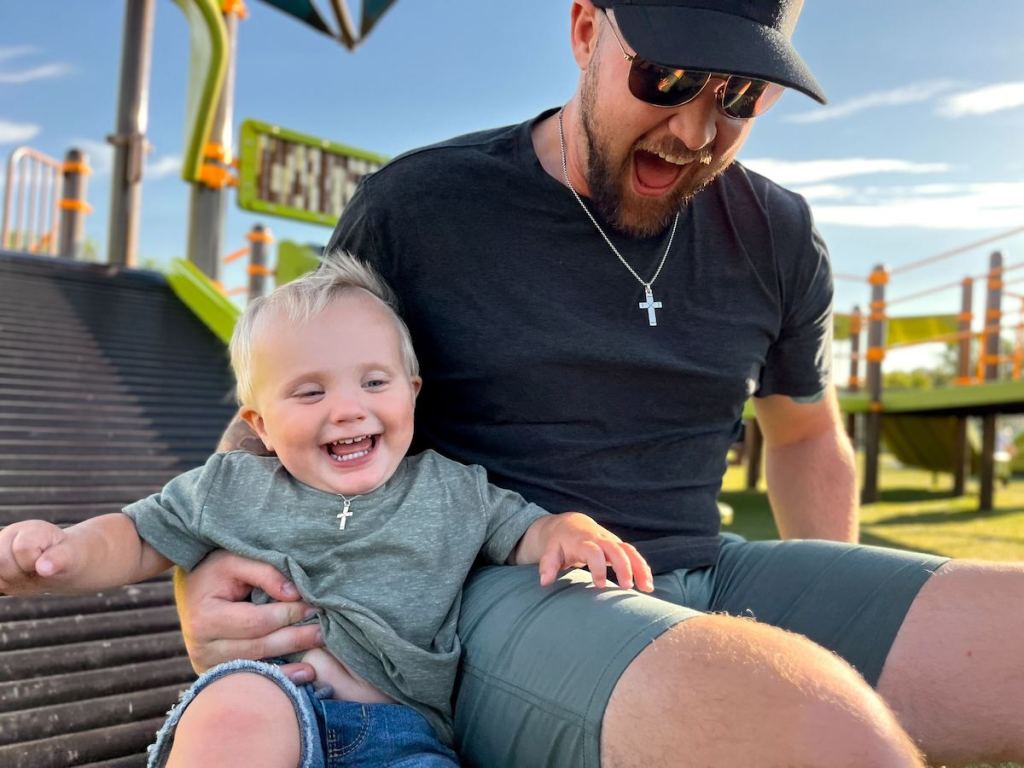 We’re back with more exciting behind-the-scenes at Hip! 🤩

We’re continuing our super fun off-the-clock Hip series and giving you all a sneak peek into our lives behind the scenes every month!

Whether it’s something we’re buying, something we did, or how our lives are ever-changing, we’re bringing you along for the journey with us! 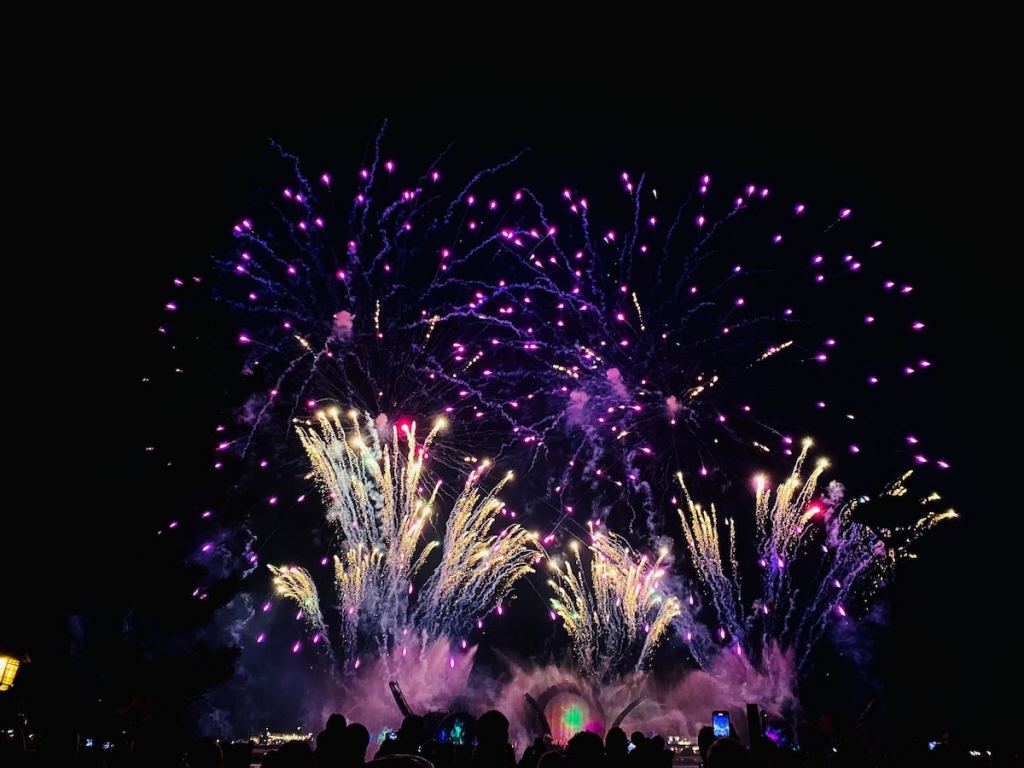 If you watched Harmonious Live on Disney+ you know just how spectacular this event was. Soleil who lives in Florida was lucky enough to see this unforgettable experience in person, including singing by Idina Menzel and many more celebrities and the most incredible firework show she’s ever seen. 🤩

Melinda met up with Soleil during her family trip to Orlando. 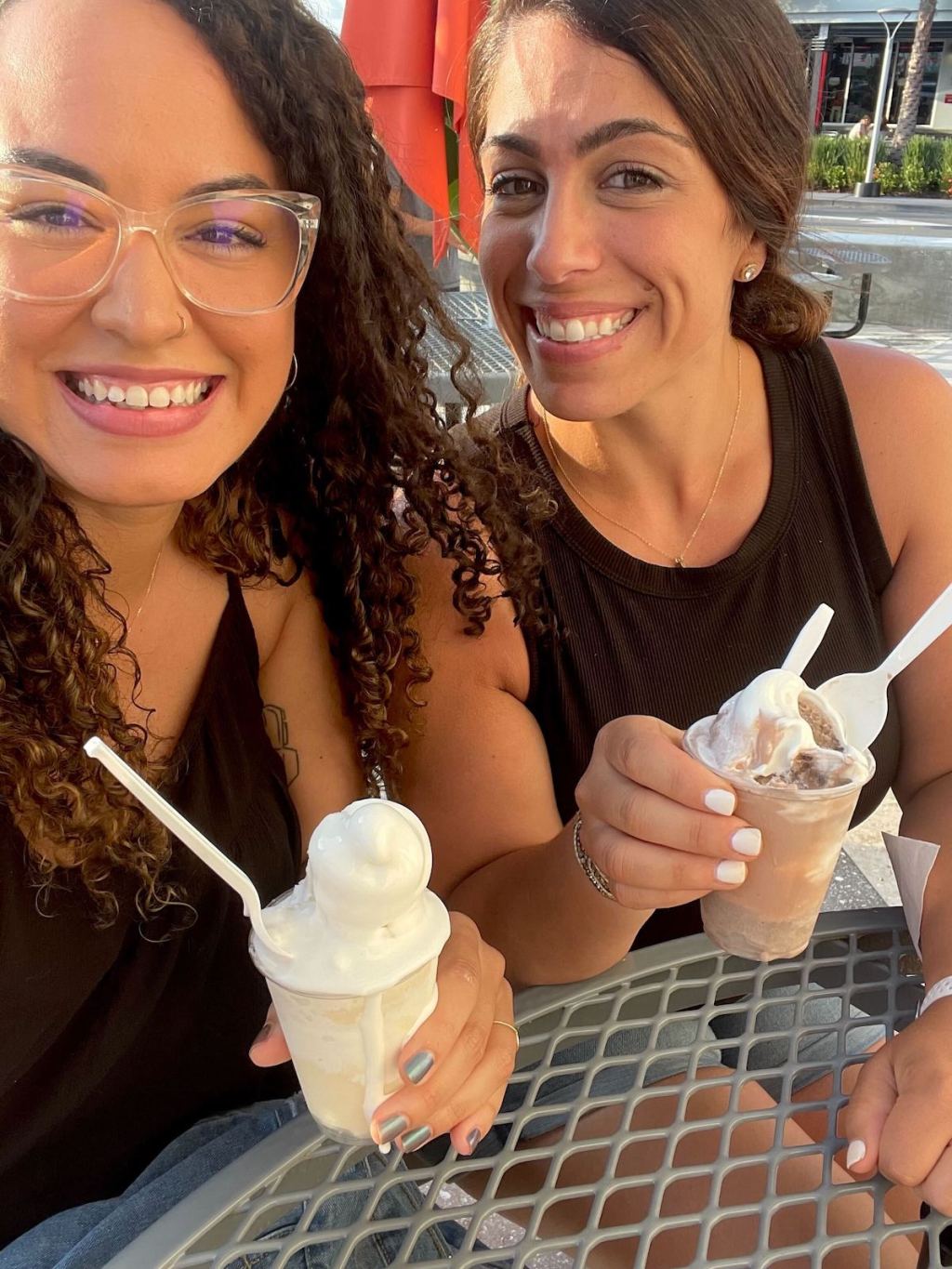 There’s nothing that brings more of a smile to our faces than seeing two of our Hip sidekicks getting together in person!

This past month Melinda and her family booked an affordable trip to Orlando via Tripadvisor so she was sure to connect with Soleil while they were in her neck of the woods. They ate some delicious authentic Mexican food and then Soleil brought them to a local Italian ice place for some yummy gelatos! How cute are they?! 😍

They weren’t the only Hip sidekicks uniting in Florida this month – Collin and her family drove 16 hours to see Erica! 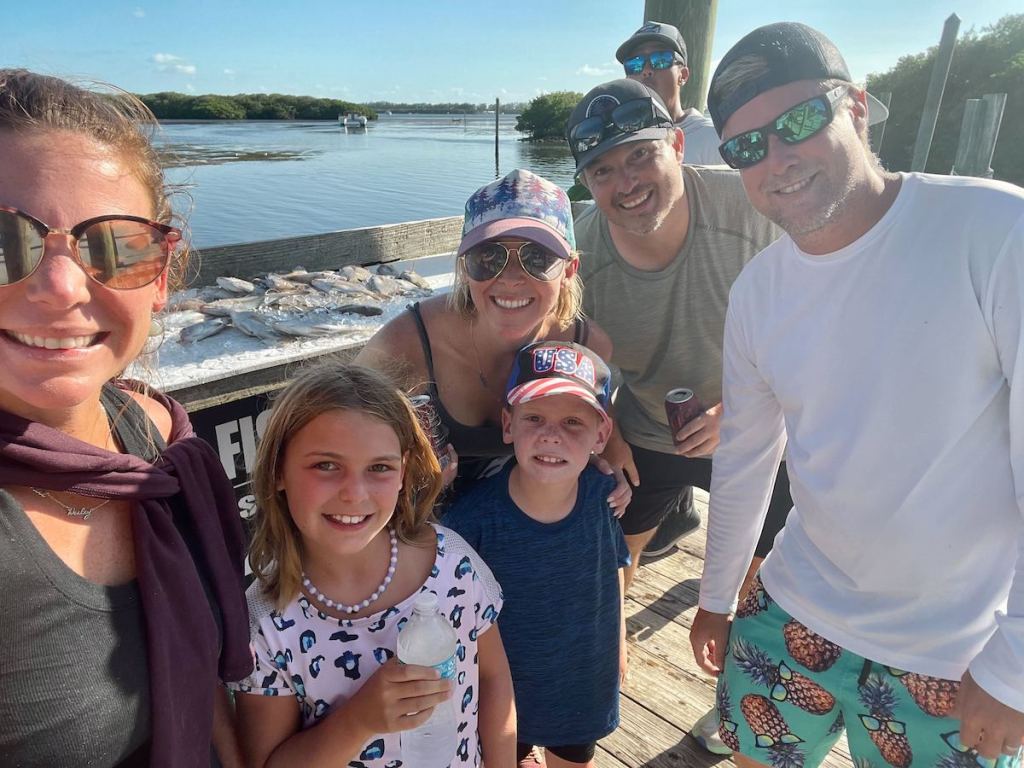 Collin and her family went to Anna Maria Island in Florida and got to visit with our Hip sidekick Erica and her adorable family! If you don’t know, Erica and Collin go way back as she used to be their nanny when Collin’s kiddos were little. How awesome! 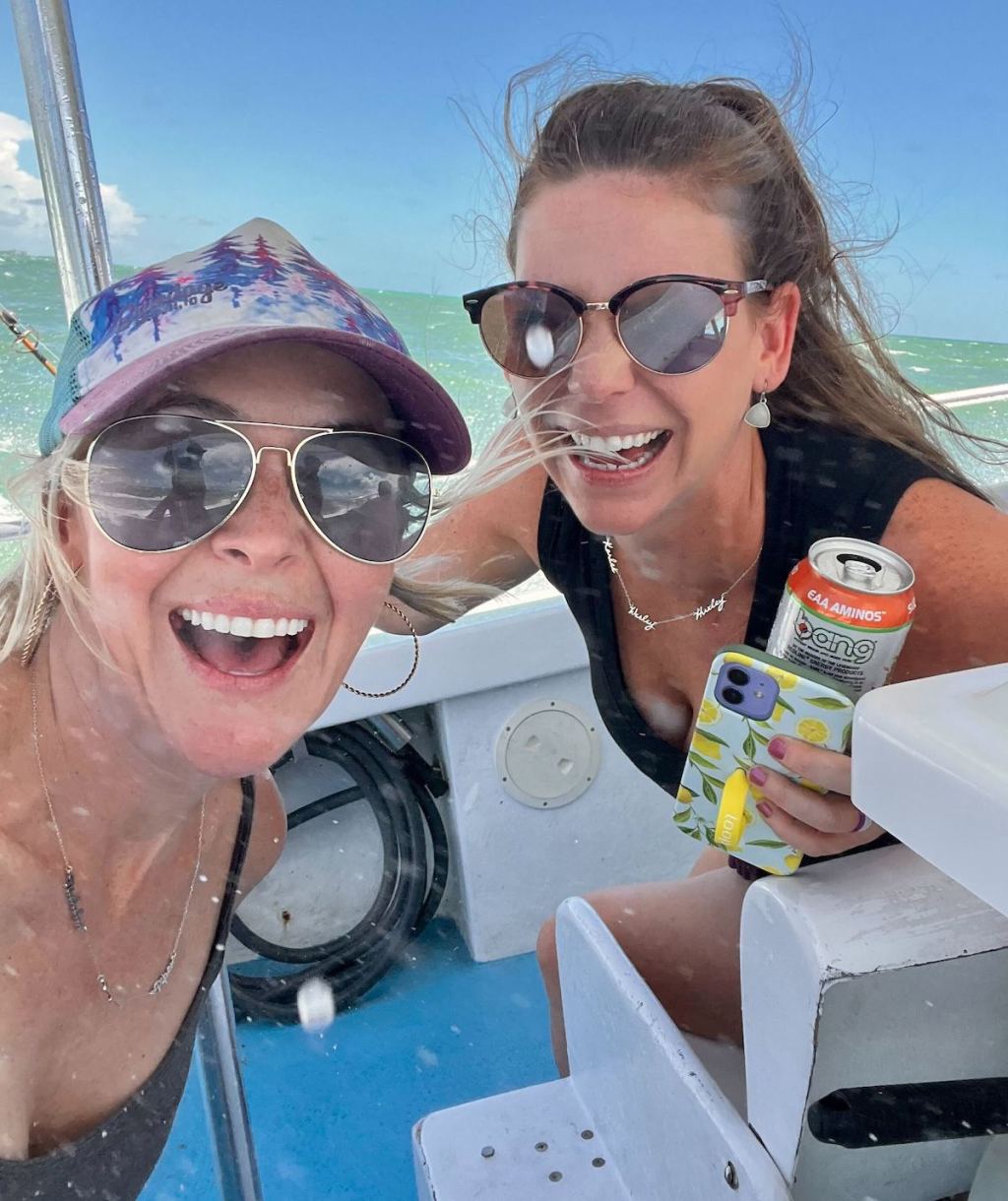 Collin said they all had such a blast! They went on a fishing charter one day and kayaking another so there was no shortage of adventures. It was her first time visiting Anna Maria and said the area was beautiful and they enjoyed the blue waters and white sandy beaches! 😍 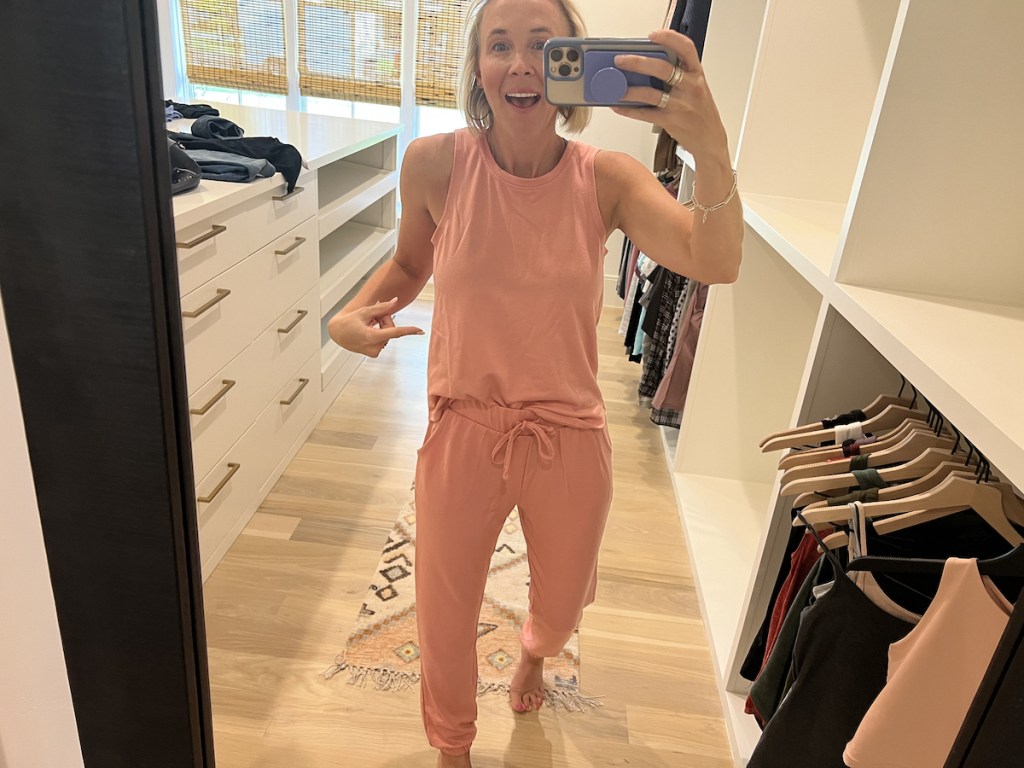 On a side note, Collin and her family drove a whopping 16 HOURS to get to Erica in their Sprinter Van and she said this affordable two-piece outfit from Walmart is hand down her favorite travel outfit yet!

Shane traveled to Spain and Portugal with his new girlfriend. 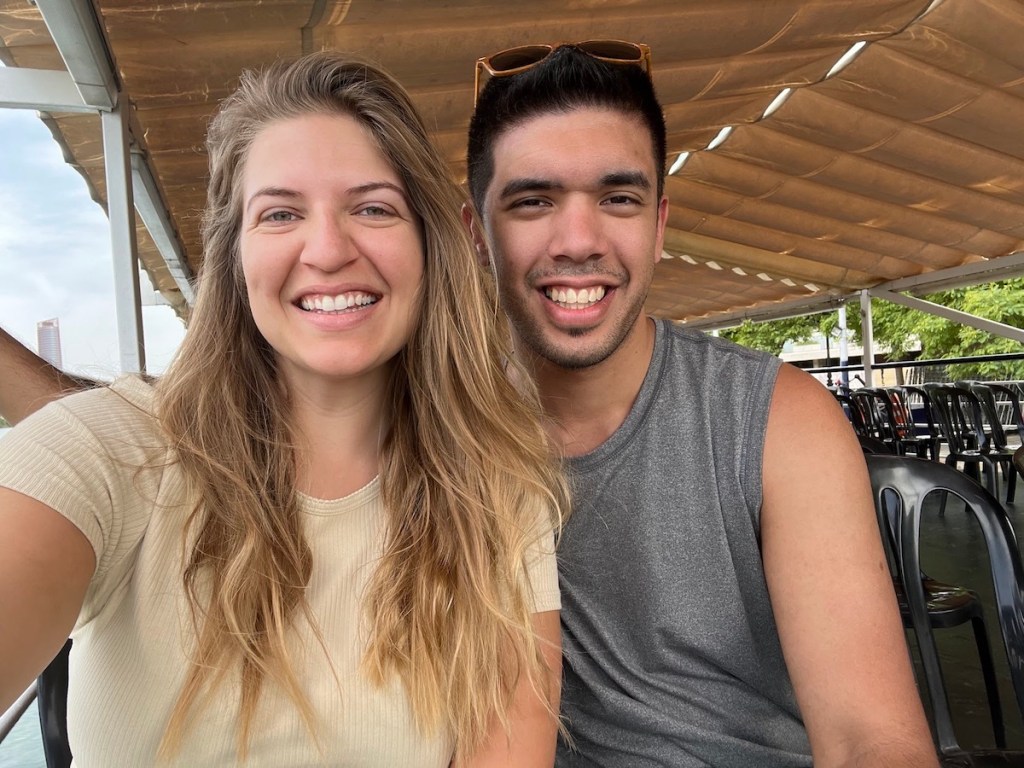 Check out these beautiful world travelers! 🤩 Shane, his girlfriend, and her family just got back from an amazing trip to Europe! 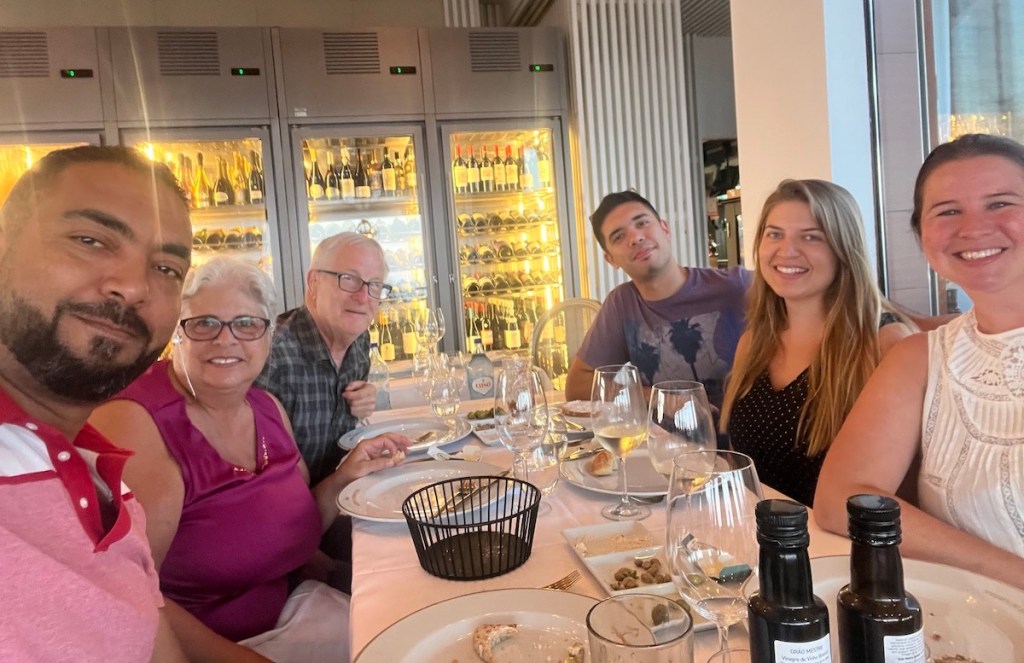 Since her brother-in-law owns two restaurants in the area they stayed, they got to eat like kings during their entire trip. All I need to know now is when I’m being adopted? 😆

Emily and her husband were lucky enough to raft the Green River in Colorado and Utah. 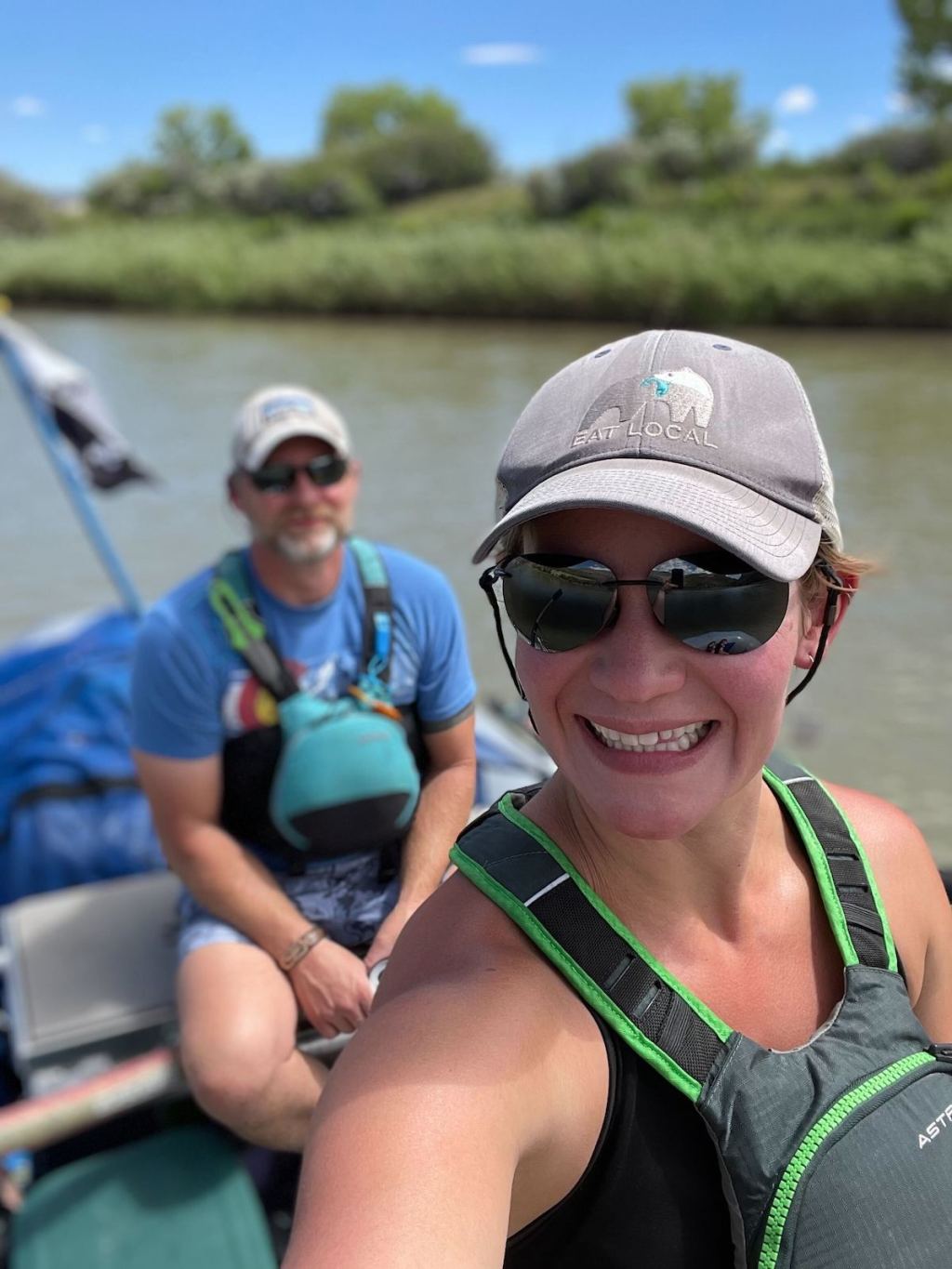 Emily and her husband were stoked to get away and raft the Gates of Lodore on the Green River in Colorado and Utah!

Check out this epic photo she shared! 🤩 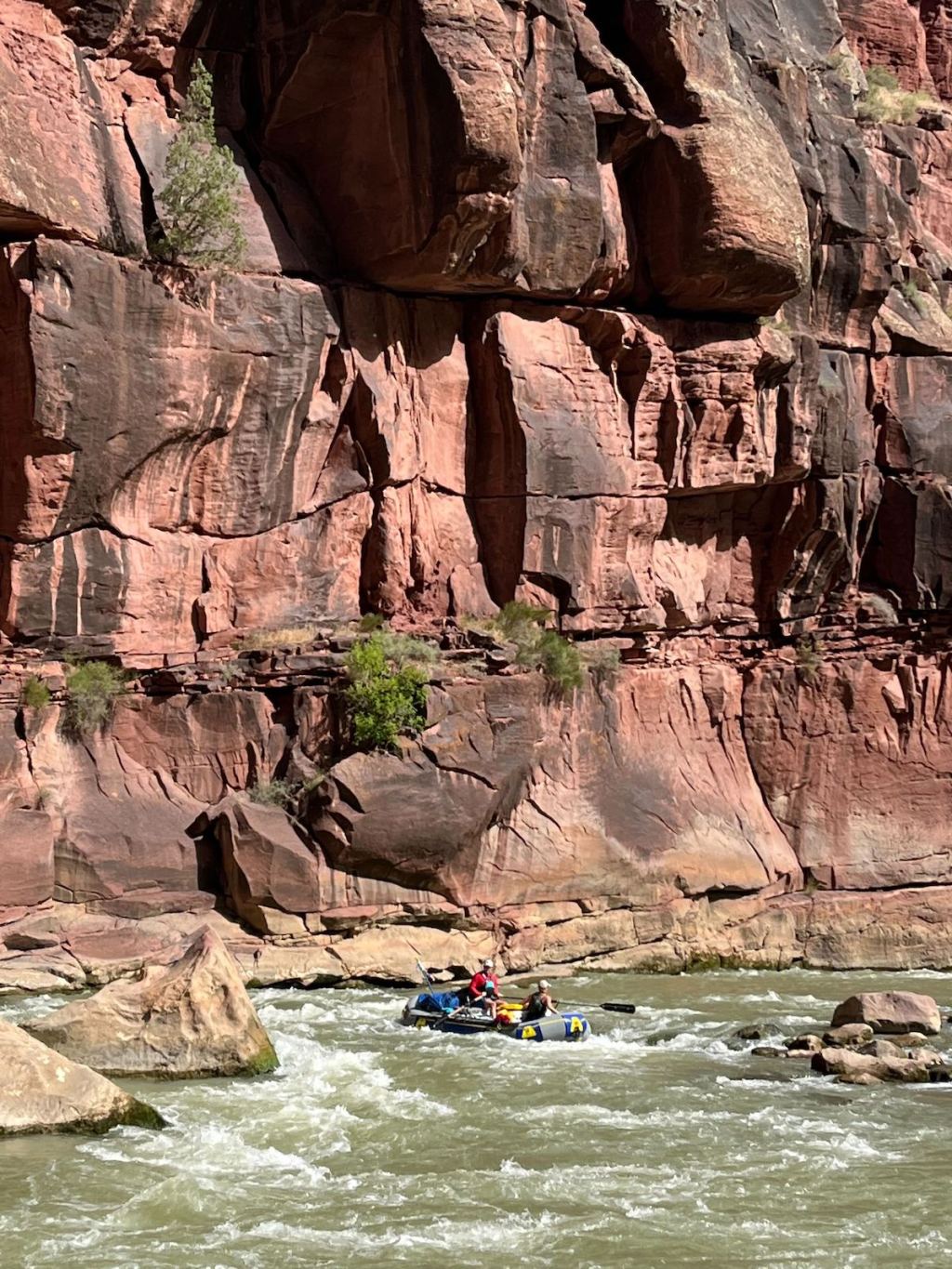 She said over 10,000 people put in for one of the 300 permits available for this ride, so they were pretty lucky to score one this summer! What an unforgettable experience!

Bryn motivated us all by crushing her 1,000th Orange Theory class. 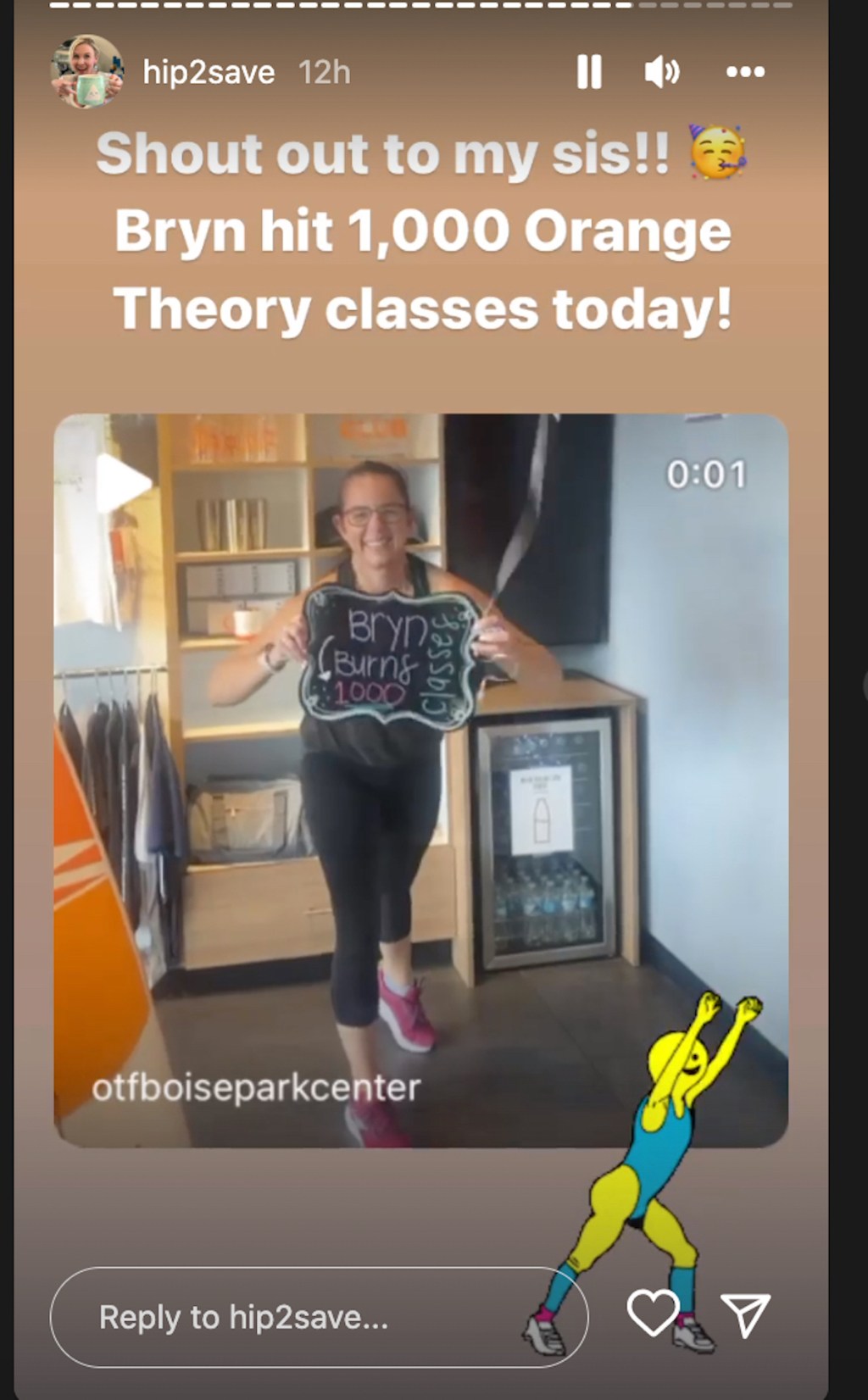 At Hip2Save, Bryn does it ALL behind the scenes so it’s no surprise to our team that she also crushes it outside the office. 👊🏼 In case you missed it over on our Instagram stories, she celebrated her 1,000 Orange Theory class this month and it definitely motivated us all!

We celebrated my middle son’s golden birthday by the pool. 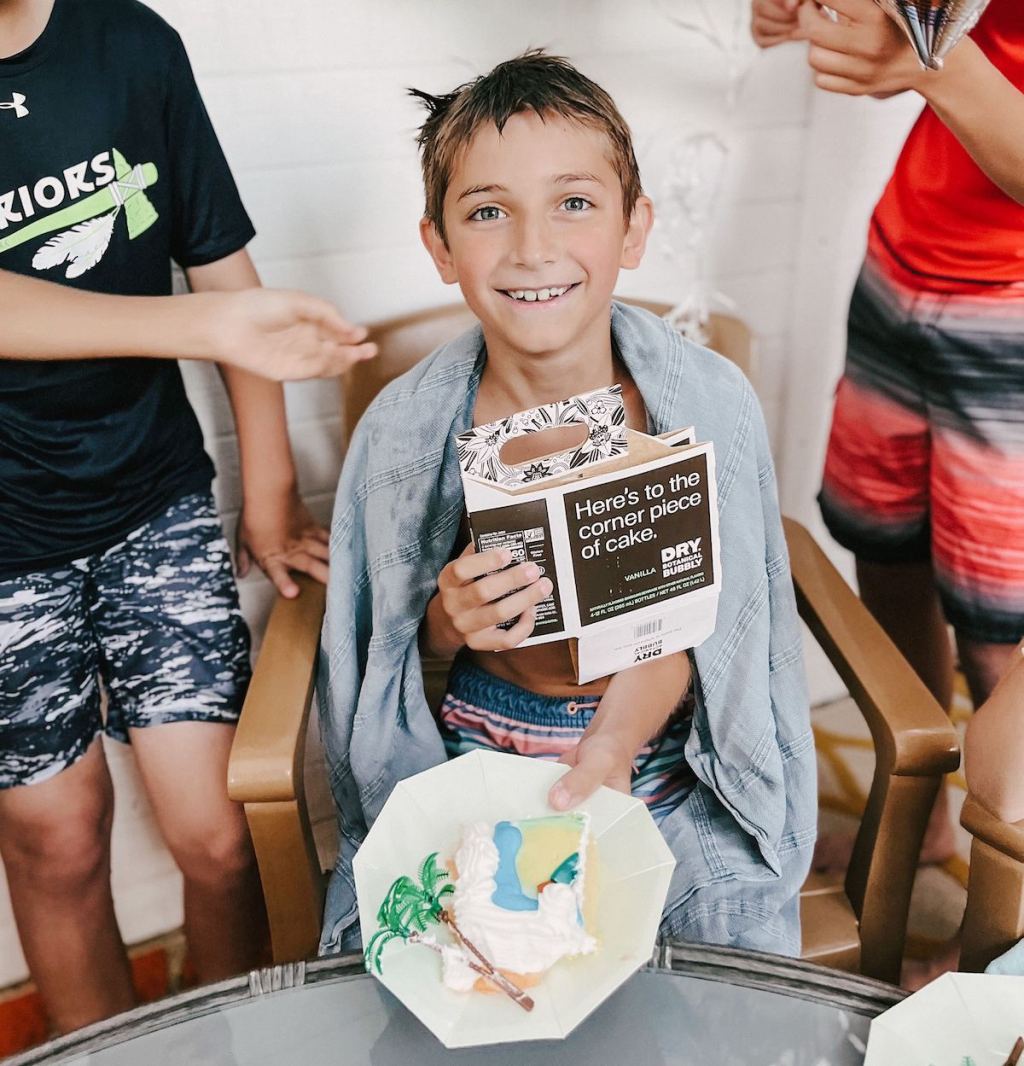 In April, my son celebrated his golden birthday and his gift was a cabana pool party and outdoor movie night in July! There was surely lots of anticipation for this special day since we were at the mercy of our pool opening come summer. However, every friend left saying it was the best party they’ve ever been to so it sure was worth the wait and then some! 🥰

Fun Fact: Your “golden birthday” is the birthday on which the numeral of one’s age matches the day of the month they were born. (i.e. My son turned 10 on the 10th!) Anne’s daughter is a huge Harry Potter fan so they celebrated by having a Harry Potter-themed party poolside! Since her birthday falls on July 3rd, she said their 4th of July celebrations are always extra special. 🥰 Happy birthday, Olivia!

Angela saw New Kids On The Block with her daughter…and scored a selfie. 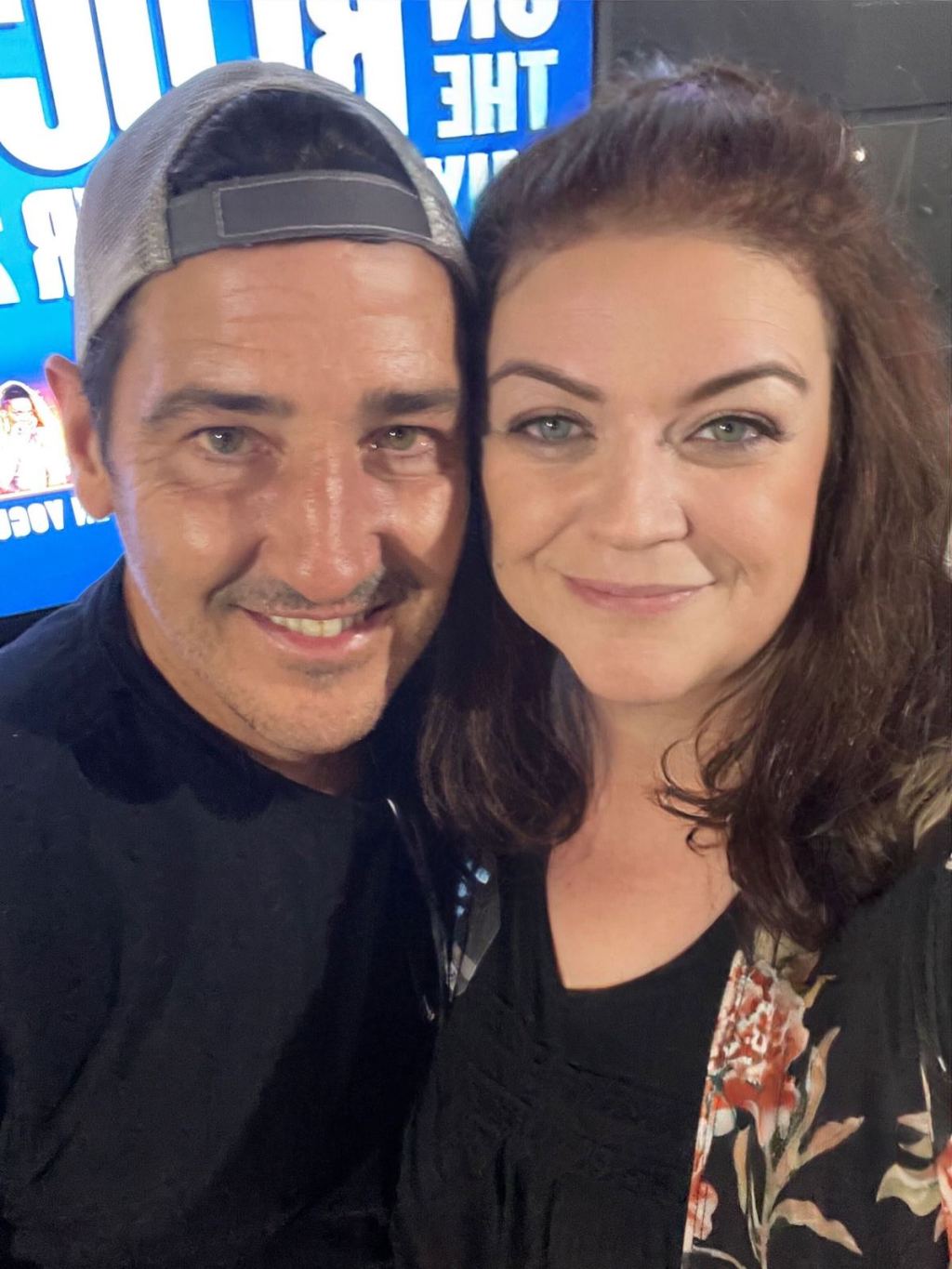 Any New Kids On The Block fan will definitely wish they were in Angela’s shoes this month! She and her daughter went to their concert and above is a selfie she took with Jon from the band. 🤩 She happens to know them personally and says it’s unreal what awesome guys they are!

Kara spent her birthday in Chicago for the Blue Fest. 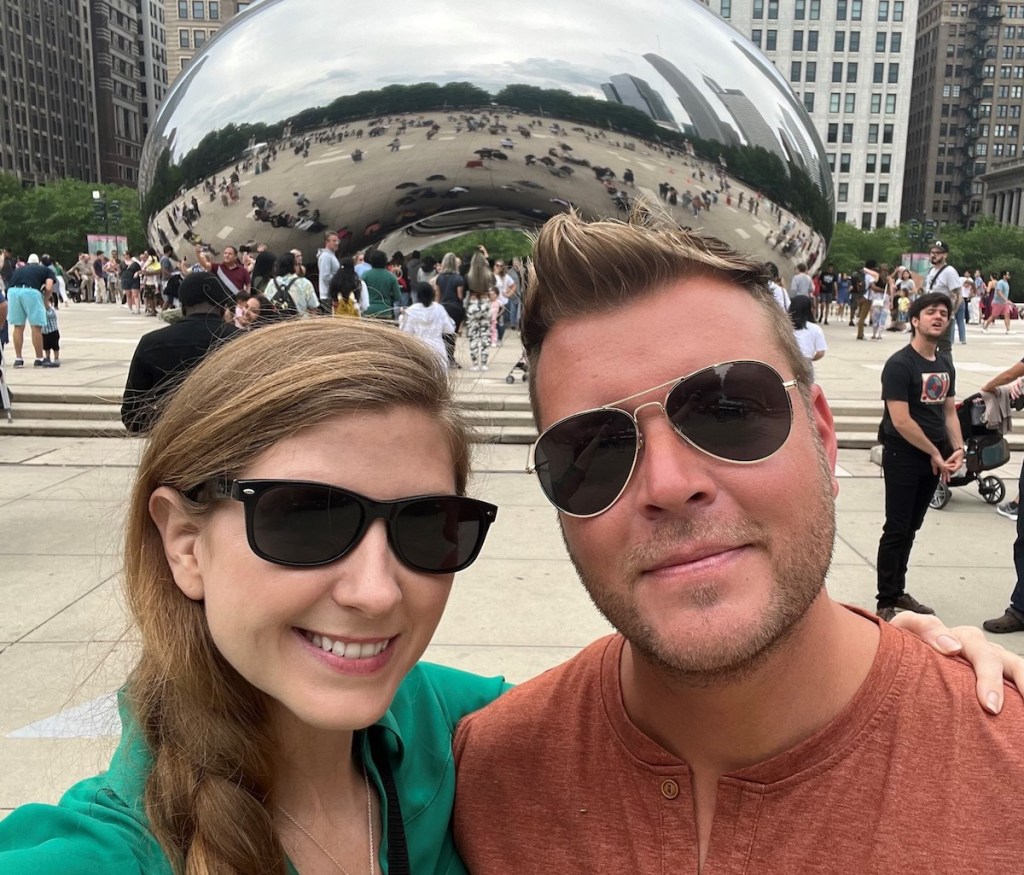 Kara had a blast celebrating her birthday at the Chicago Blues Fest with her husband and friends. If you’ve never been to Chicago in the summer, she said this is one event you definitely don’t want to miss!

Alli took her guy to his first ever concert for her birthday. 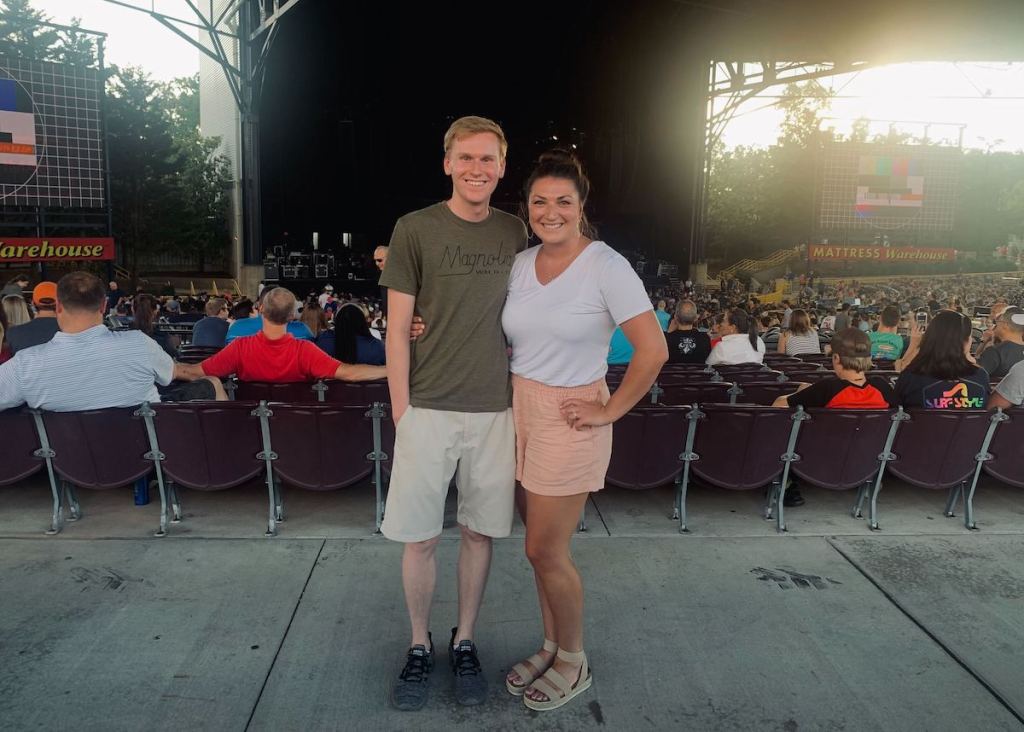 Believe it or not, at 25 years old, this was Alli’s husband’s very first concert EVER! 🤯 She happened to be celebrating her birthday so they saw two of her favorite bands – OneRepublic and needtobreathe! She said it was an amazing concert and one neither of them will forget!

Jessica went to Florida to celebrate her grandpa’s 90th birthday! 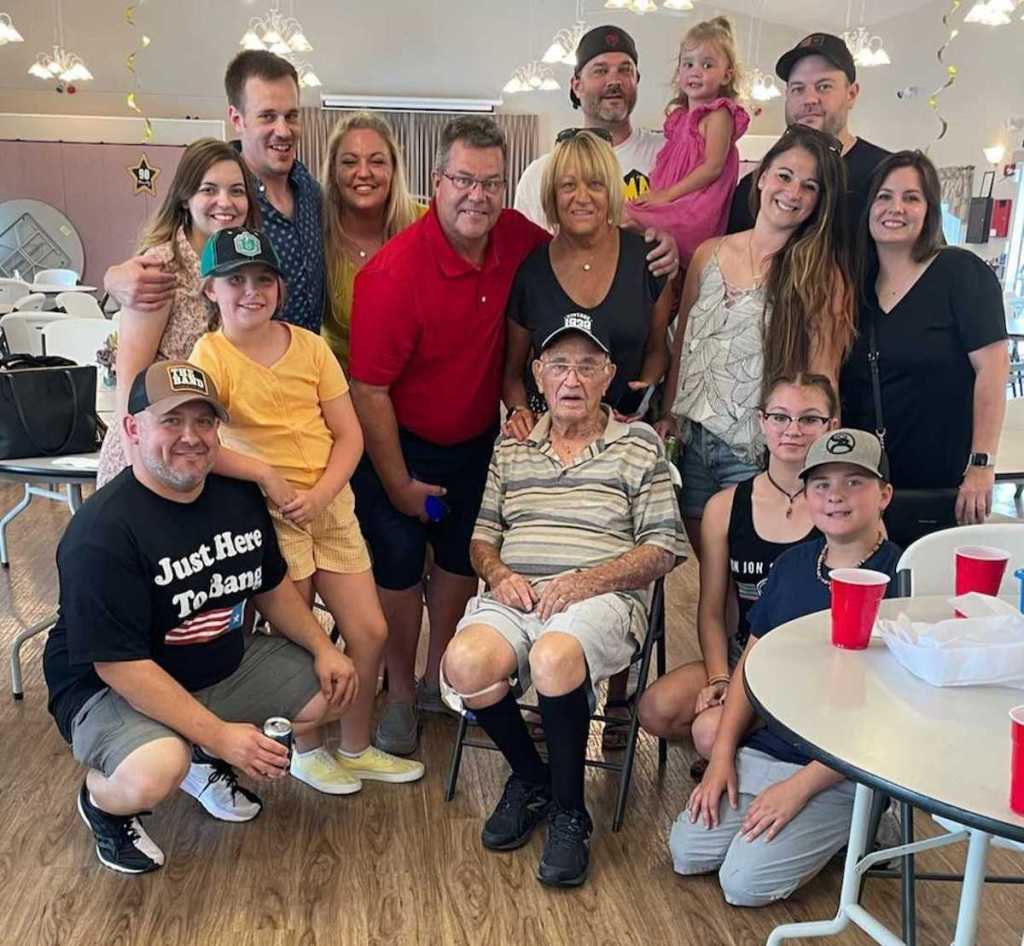 Jessica’s grandpa turned 90 this month and he was blessed enough to have many of her family members make the trip down to celebrate! So special! 🥰 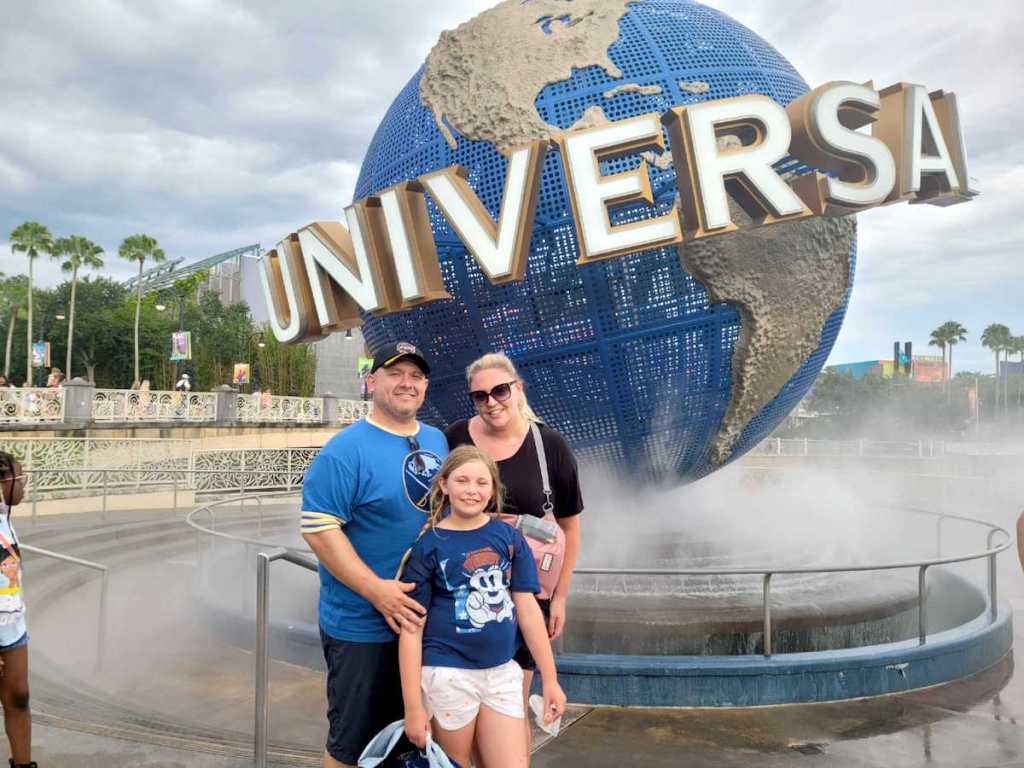 Of course, her family vacation to Florida wasn’t complete without a stop at Universal and they even made time for Cocoa Beach and stopped in Chattanooga, TN for a couple of days.

Ani and her family enjoyed Cape Cod for two weeks. 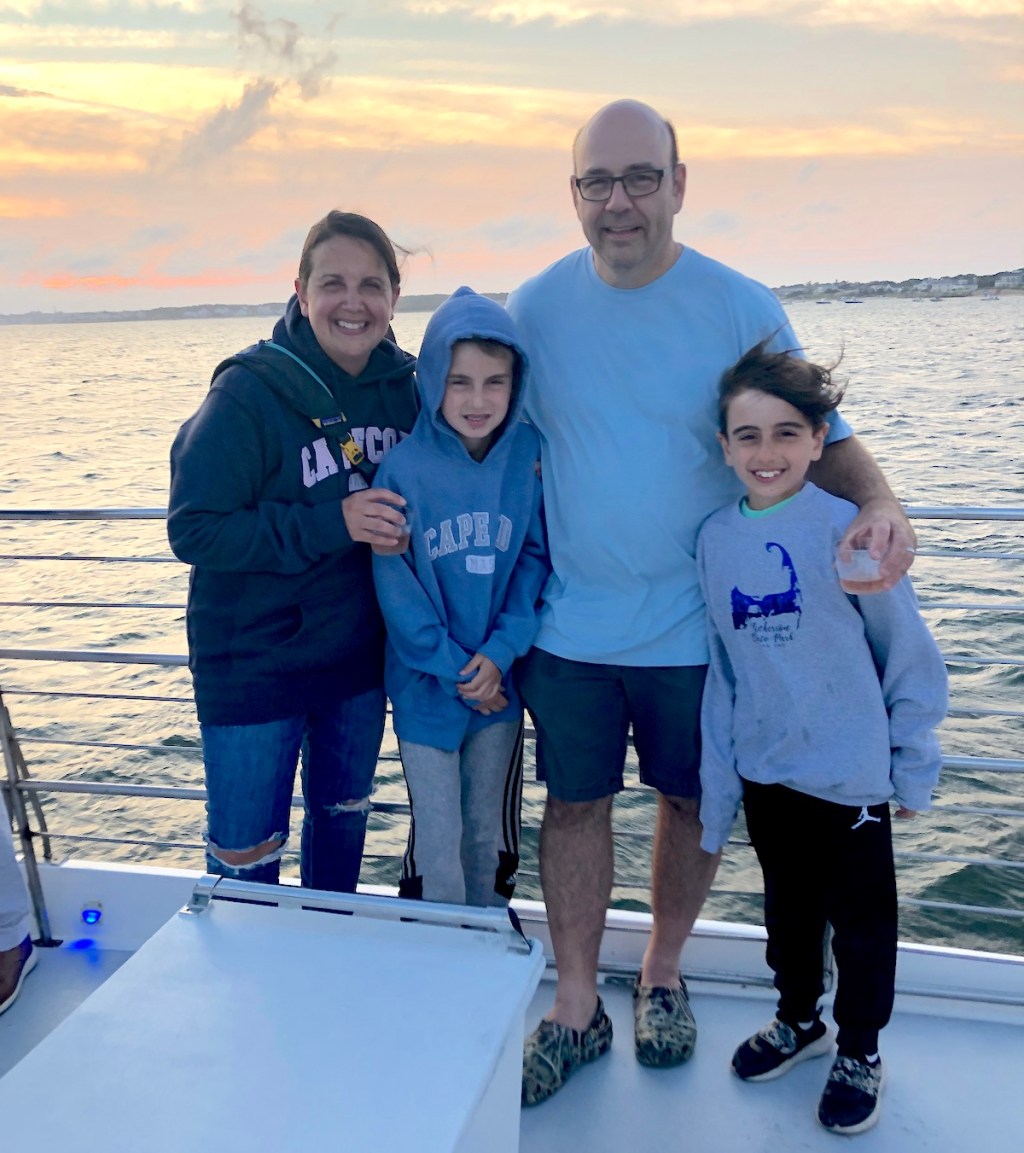 Ani and her family were blessed enough to rent a home in Cape Cod for two whole weeks! While she did work remotely for part of their trip, she said they truly had the best time together ever! They plan to go again next summer and she jokingly stated she needs to start saving up for their 2023 Lobster Roll fund now. 🤣

Melinda took her daughter to a new summer camp miles away from home. 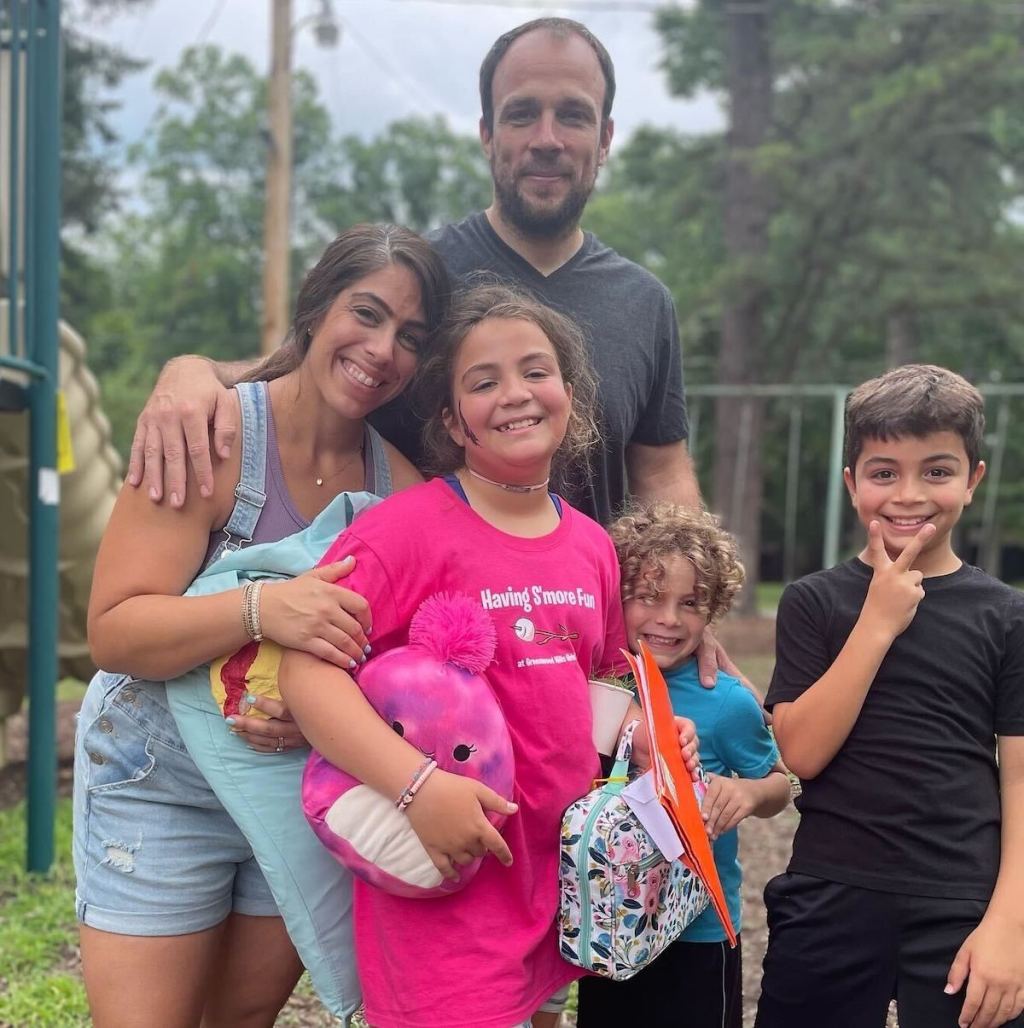 Melinda took her daughter to an overnight camp all the way in Pennsylvania (from their home in Connecticut)! She was gone for an entire week and had such a blast, but was so excited to see her momma when she picked her up.

In fact, I just have to share this super sweet photo of them reuniting. 😭 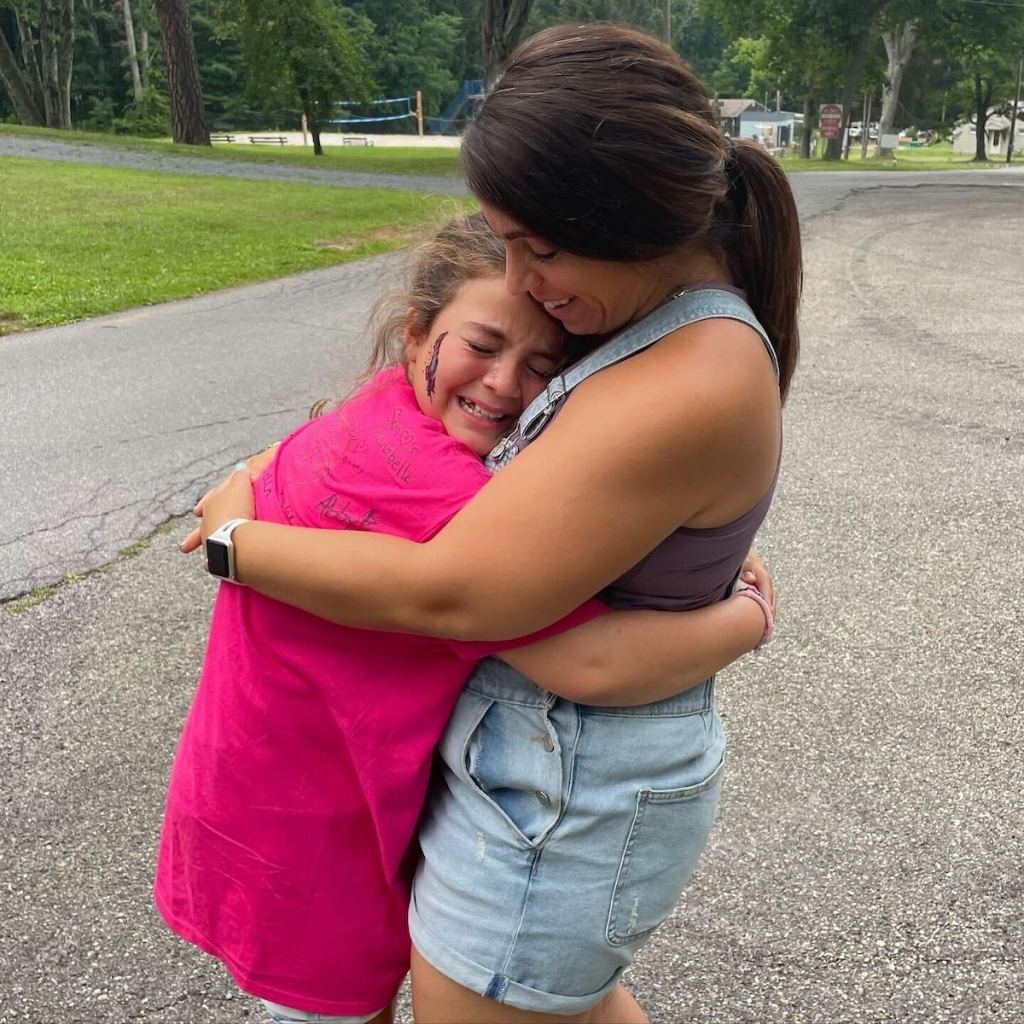 It’s so hard letting our babies grow up, but Melinda said the experiences were worth the week-long wait to see her girl again! She’s already looking forward to going back next summer! So sweet! ❤️

Lina and her family escaped the Arizona summer heat and went to the mountains. 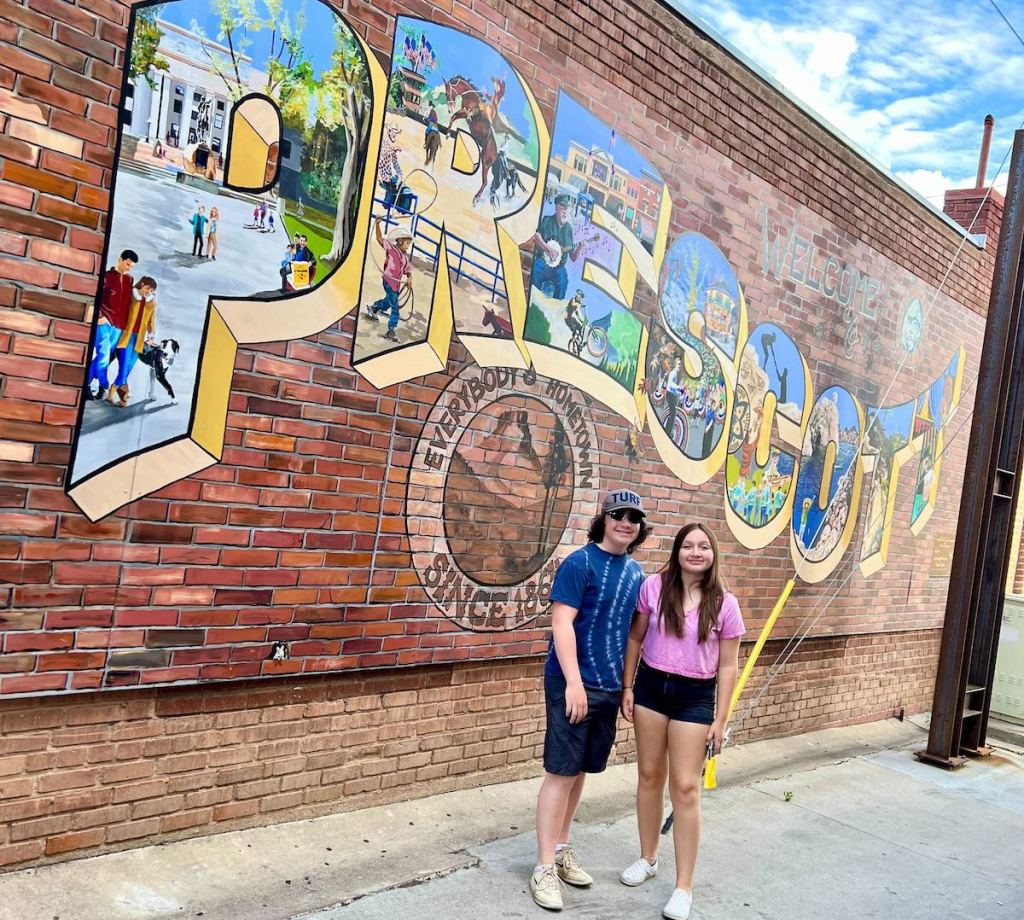 Although still in Arizona, Prescott is a quaint town nestled in the mountains so Lina and her family were able to escape the unbearable heat from their home in Phoenix for a few days. 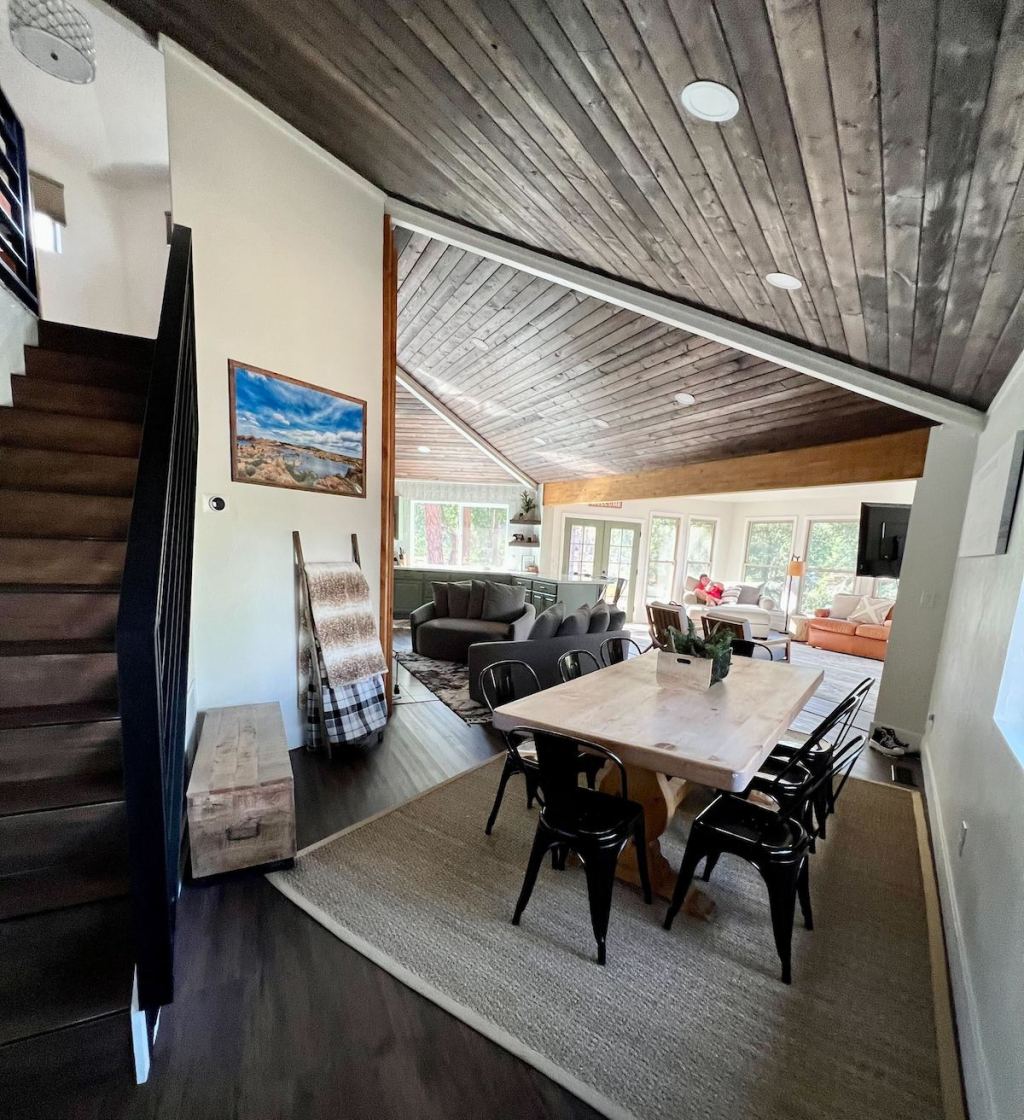 They stayed at a dreamy Airbnb cabin that made their trip that much better! Plus, she said it was way more affordable than trying to book appropriate hotel rooms for their family elsewhere.

Hip Tip: Traveling soon? Check out our tips to save on your next Airbnb booking before you leave.

Emily rounded out a busy month with a relaxing family trip to Upstate NY. 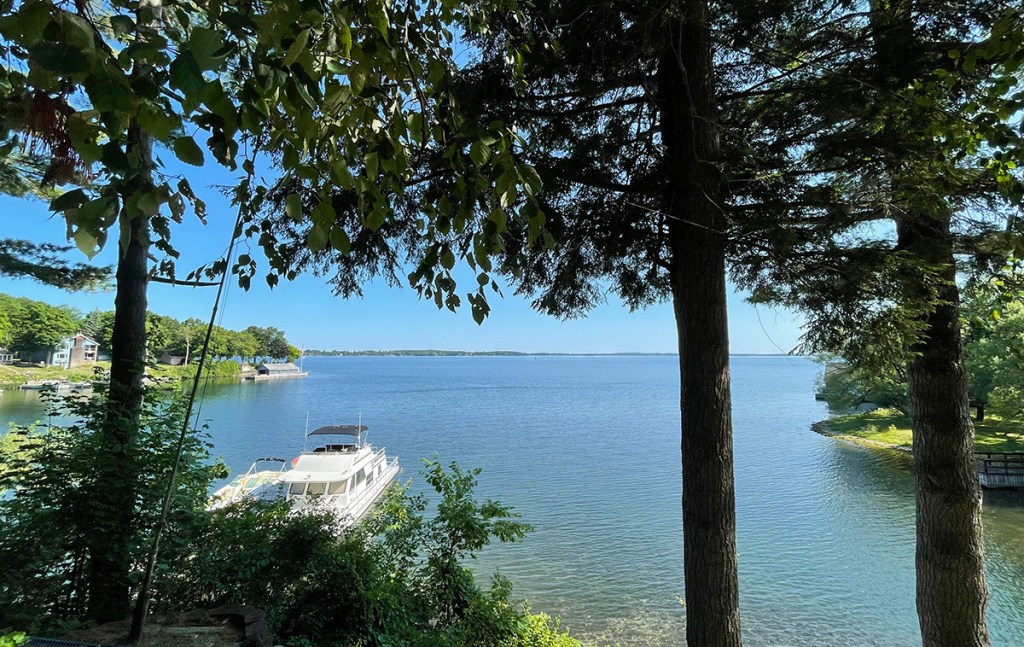 Every summer, Emily’s entire family heads 4 hours north from where they all live to 1000 Islands. They stay right on the water and spend their days boating, beaching, and perusing the nearby river town. When you work behind a computer from home all day, it’s so refreshing to get out into nature for an extended weekend (though she couldn’t resist sending us the picture above on her day off 😉)! 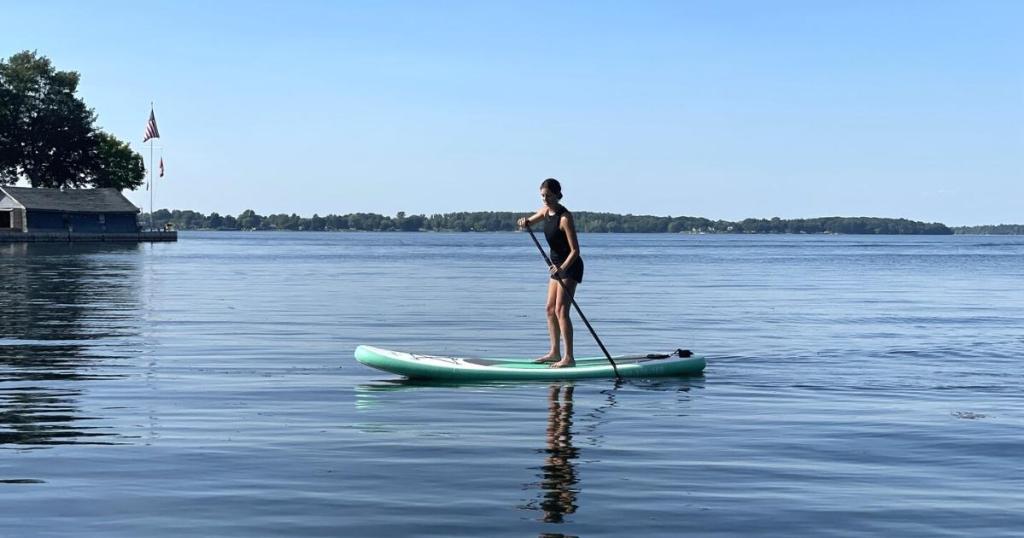 She also brought along her new favorite Hip deal — an inflatable paddleboard. Not only did she love using it, but her boyfriend and brother didn’t hesitate to give it a go too! In fact, it was a hit with everyone! She was generous enough to leave it with her parents for the remainder of their stay but can’t wait to get back out on it once it’s back home with her.

Chelsey and her family enjoyed the beach for a few days. 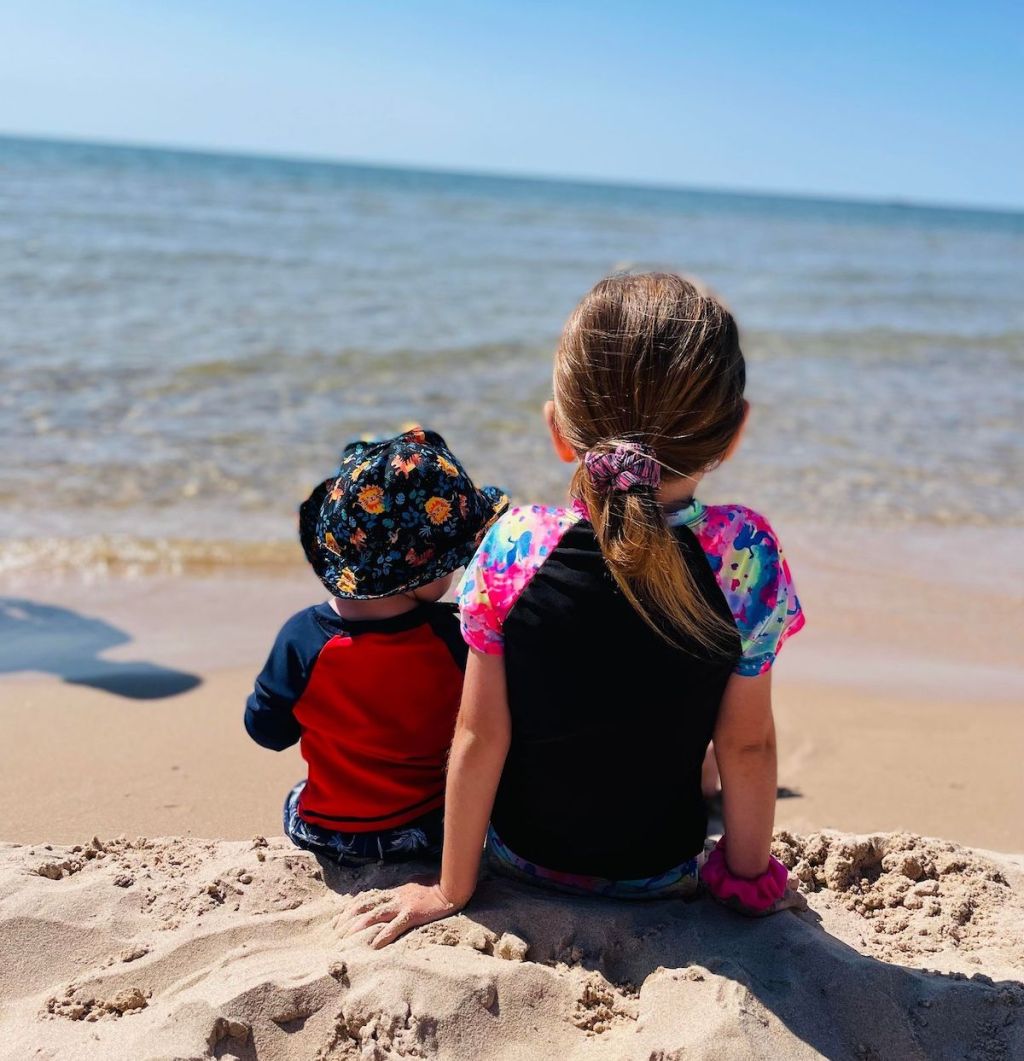 Did you even summer if you didn’t stick your toes on a sandy beach?! 🤩 Chelsey was lucky enough to sneak away for a quick vacation to Door County, Wisconsin where she and her family go every year. She said it’s always nice to spend time enjoying good food and playing at the beach. We couldn’t agree more! 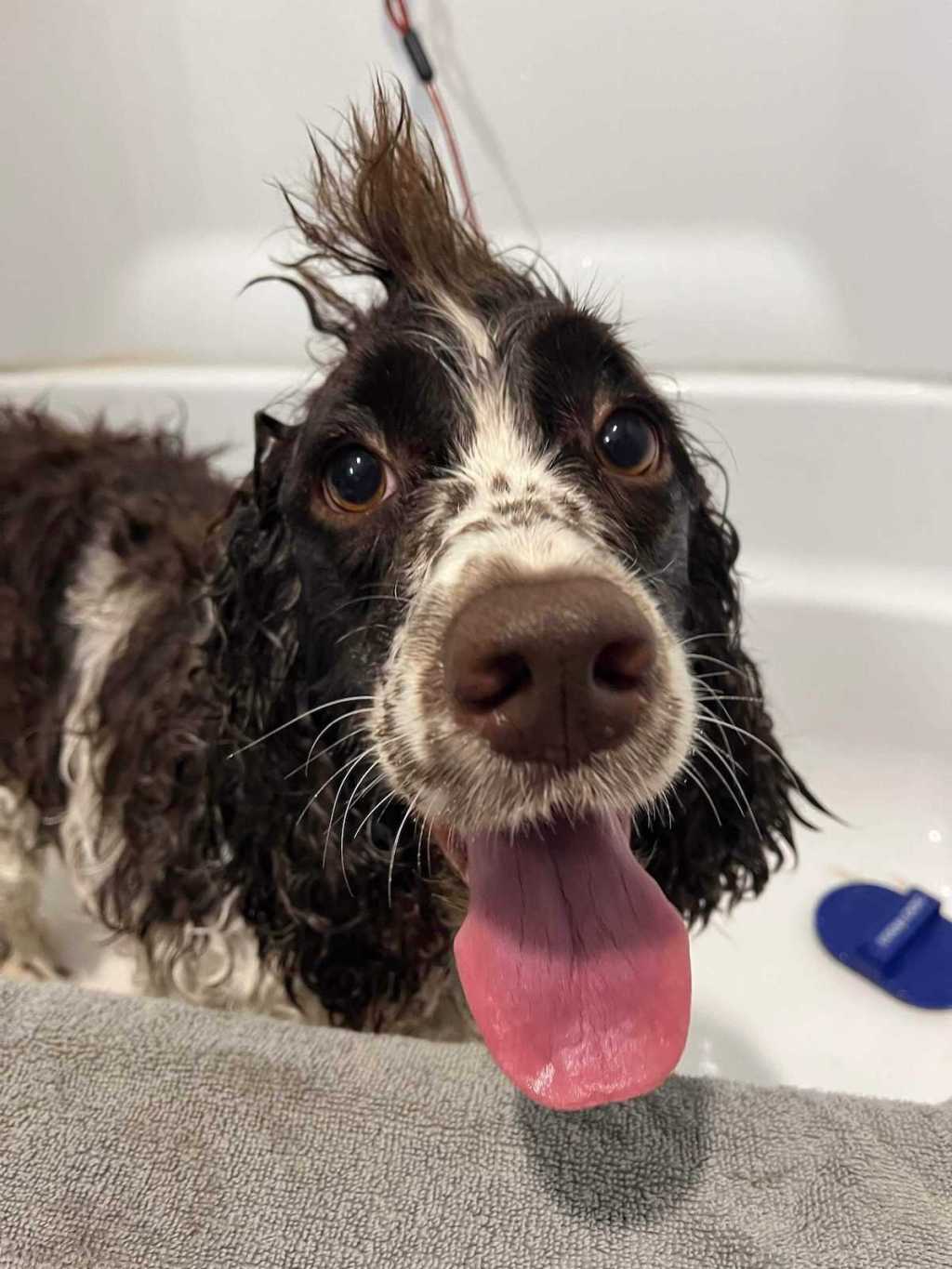 It wouldn’t be a Hip team post without some pup love so I’m just here to show you this adorable picture of Missy. Jenna shared that they found an amazing local groomer who shared this picture and we’re pretty sure she’s living her best life ever!

Speaking of pups, I welcomed a new pup-niece to my family. 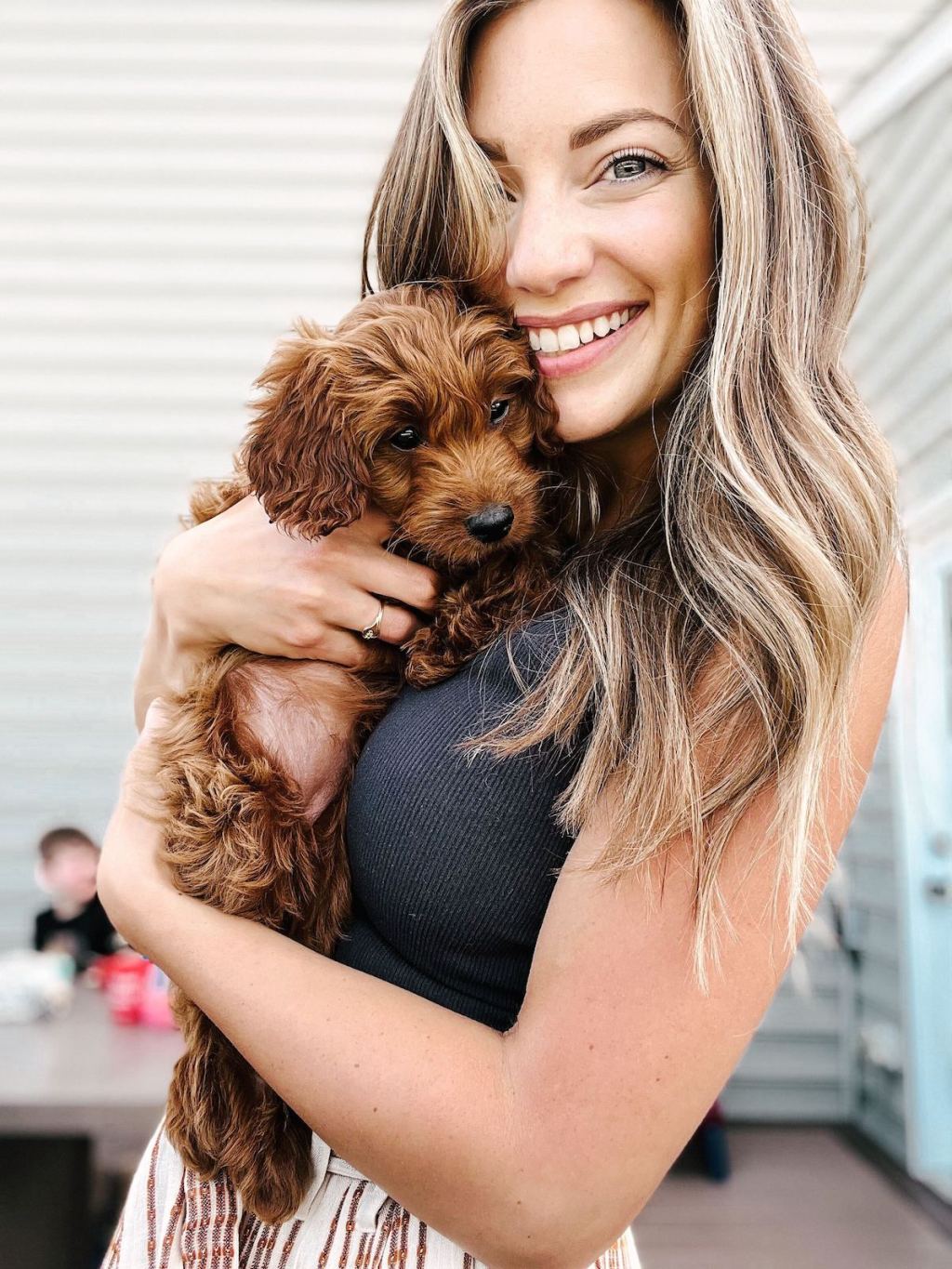 While she’s not mine, I’m basically claiming her because this sweet new puppy niece of mine is sweeter than ever! My brother and his family welcomed sweet Maize by surprise. He’s been a mega Michigan fan his entire life since he was born in Detroit so they now have a boy named Blue and this sweet girl, Maize (Michigan’s team colors). 💙💛

However, living in Pennsylvania I still have to say it… #gopennstate 🤣

Stetson has been busy learning all about toddlers lately. 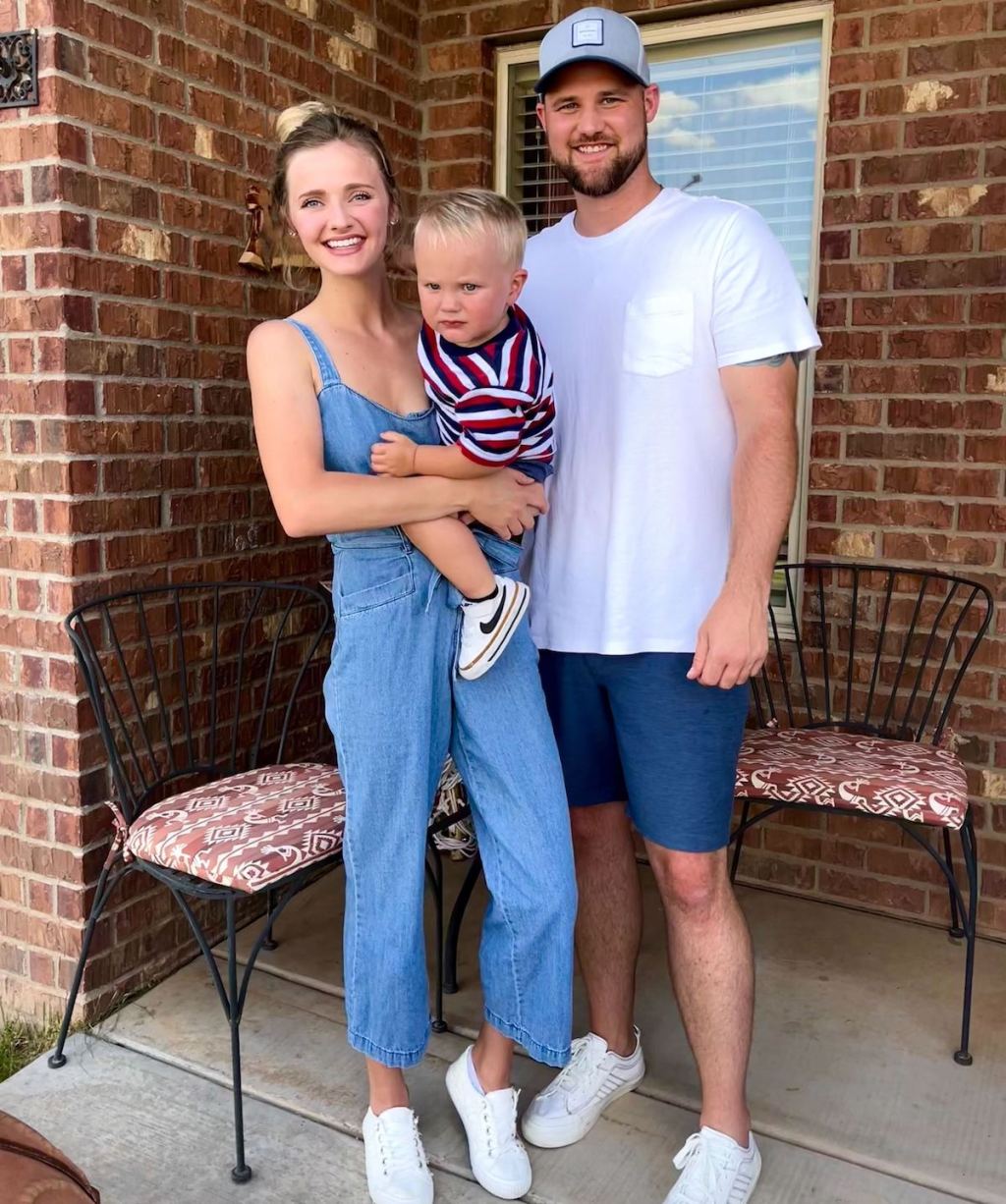 Between the new arm tats and a beautiful new relationship, we barely feel like we know Stetson anymore! While he’s often in front of the camera, he’s got quite a lot going on behind the scenes with dating and navigating a new relationship with a toddler. We know this little dude is lucky to spend time with Stetson since he’s a big kid at heart too! 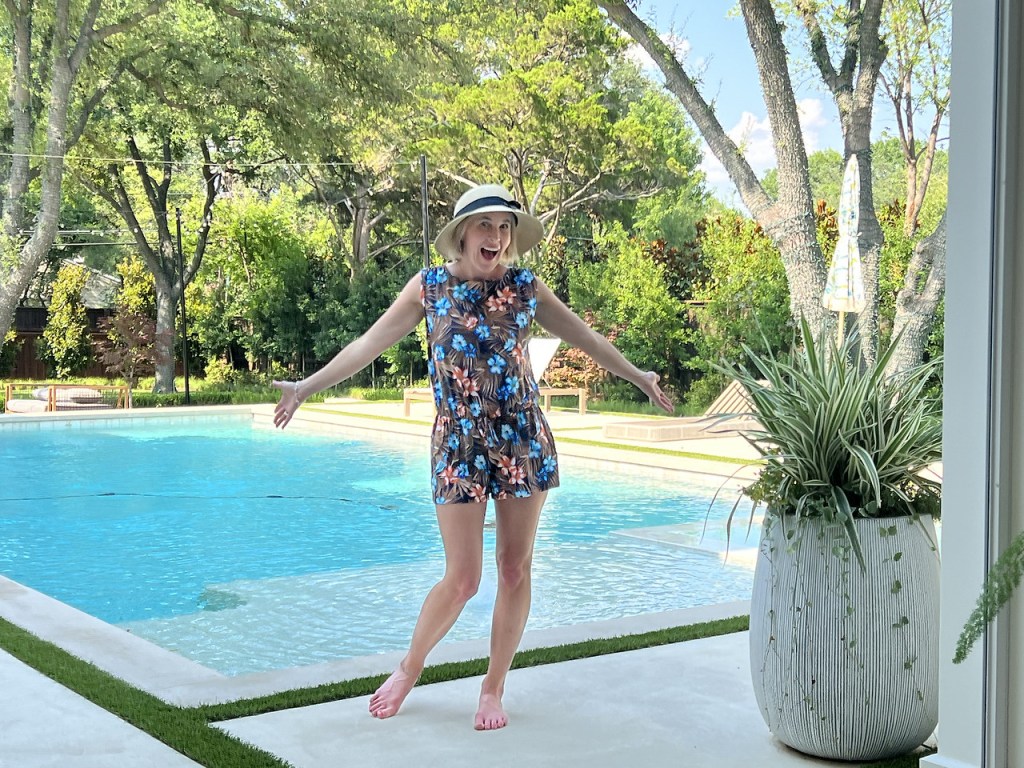 Every month I absolutely love putting these Hip team posts together. It nearly brings me to tears seeing my Hip sidekicks living their best life and enjoying their sweet families. What a blessing it is to be a Hip sidekick and work alongside all of these amazing and authentic people!

If these photos don’t portray just how blessed we are, I don’t know what would!

Thank you Collin for building such an incredible company and work culture! ❤️

Well, Hip2Savers, on that note, we’re going to get back to bringing you all the hippest deals on the internet!

Keep an eye out in August with some fresh Hip news and find out how we’re saying goodbye to summer!