This Treasure X Alien Dissection Kit has a Gooey Mission for any Slime Fanatic! 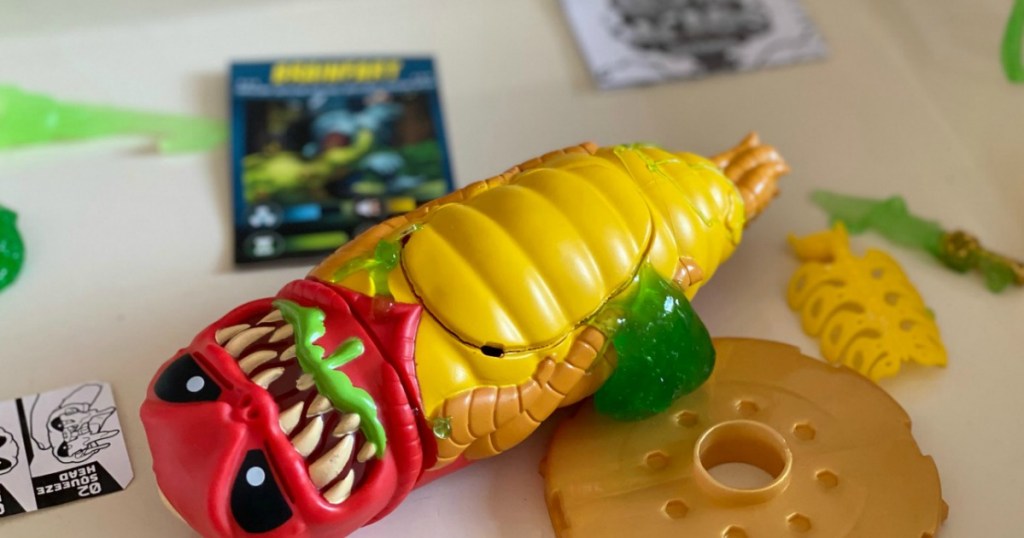 Aliens, slime, and gems, oh my!

Just what mom and dad needed around the house—more slime, guts, and aliens! Needless to say, the Treasure X Aliens could be a total hit with any slime and/or alien lover. Just to be sure it’s a must-buy gift this season, Collin and Stetson went live on Facebook and dissected this creepy kit. 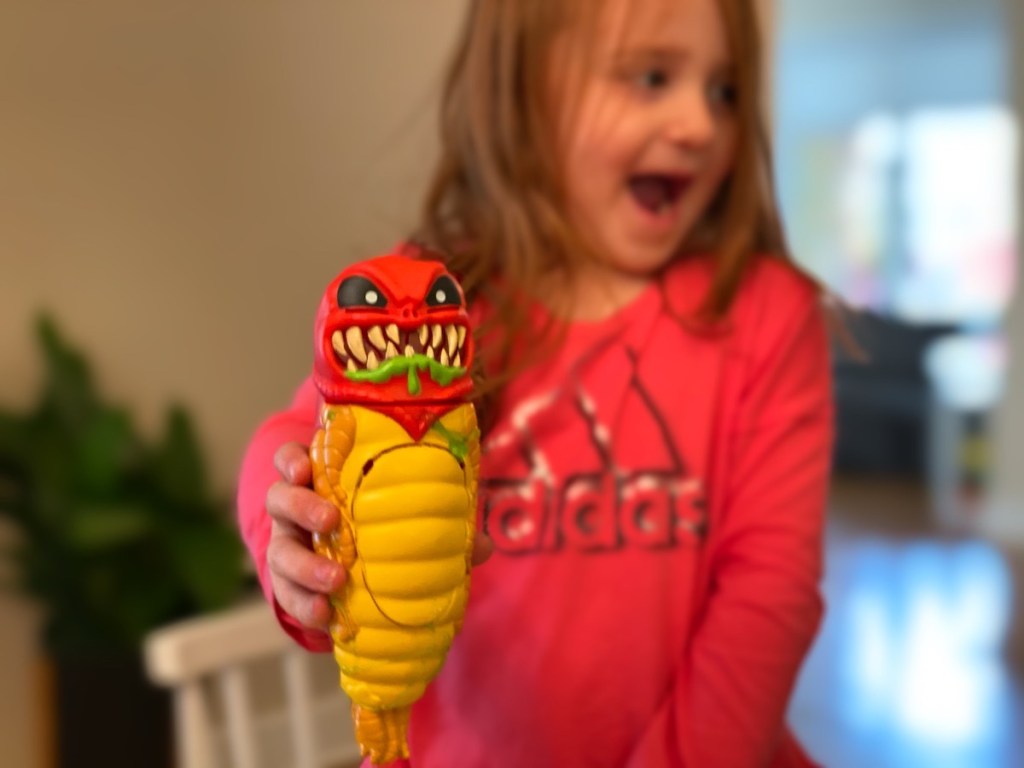 Here’s what Collin had to say about the Treasure X Alien:

“I like this toy! It’s inexpensive and super fun! This toy is definitely good to do over a pan because there’s slime inside the alien and it can get messy. Luckily, the slime comes off your hands pretty easily.

Any kid would seriously love this! Even if your kiddo gets sick of the alien after a few weeks, it’s still a fun activity regardless, and it’s inexpensive enough that it wouldn’t be a big deal. Better yet, you can collect all 18 of them if they really end up loving this toy!” 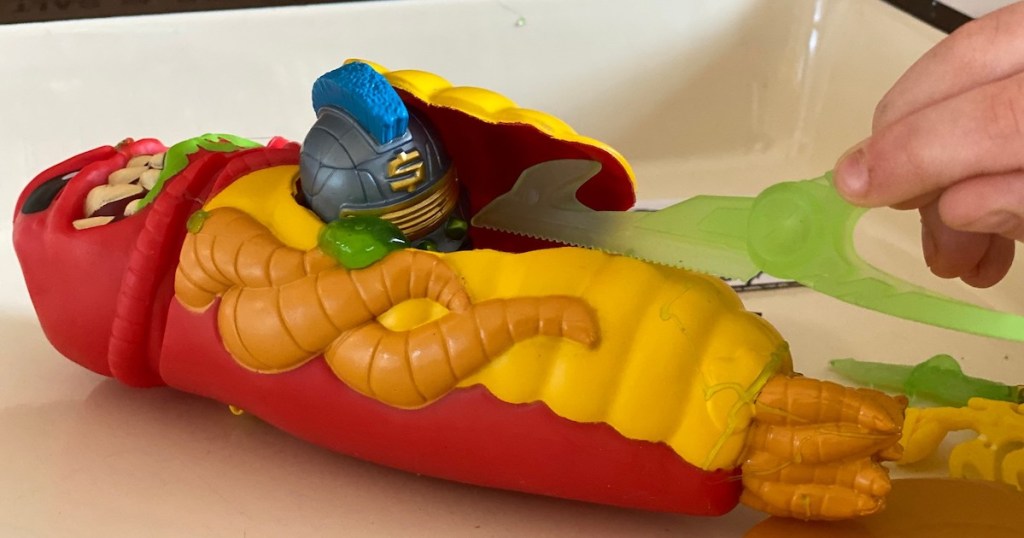 You could have your very own top-secret Area 51 alien at home!

Each Treasure X Alien comes in a sealed vessel to be pried open. Once the alien is out, the job is to save the Treasure Hunter (and collect all 18!) hiding in its belly!

Each one is filled with reusable slime, so once the Treasure Hunter is found, you can do it all over again or squeeze the slime from the alien’s head! Either way, if you’ve got a slime lover, this toy is a MUST 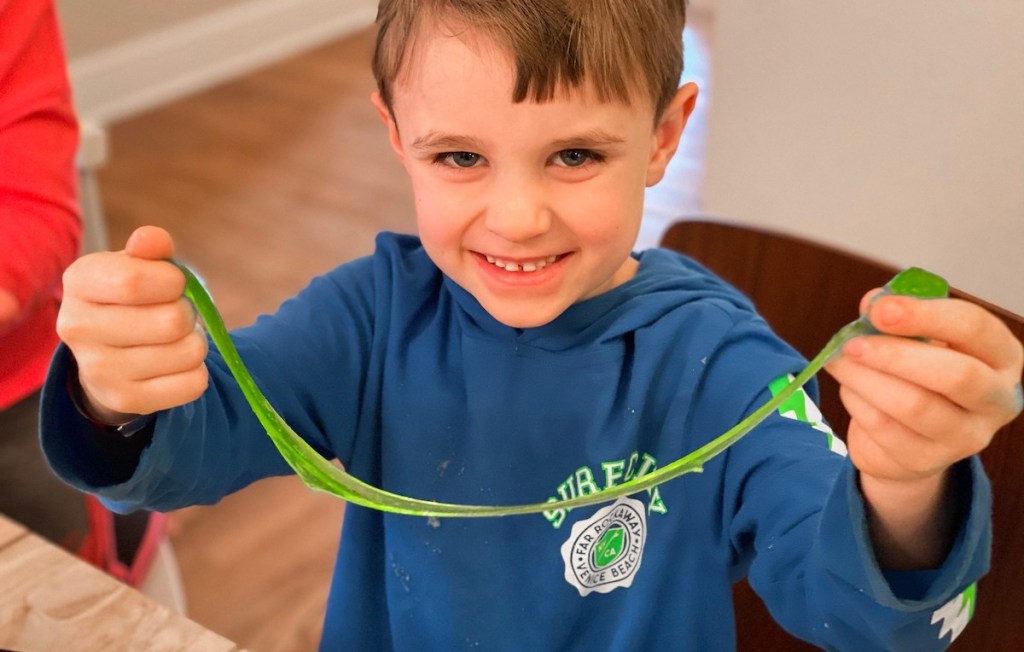 Here are our favorite features of these Treasure X Aliens:

Here’s where you can score a Treasure X Alien: 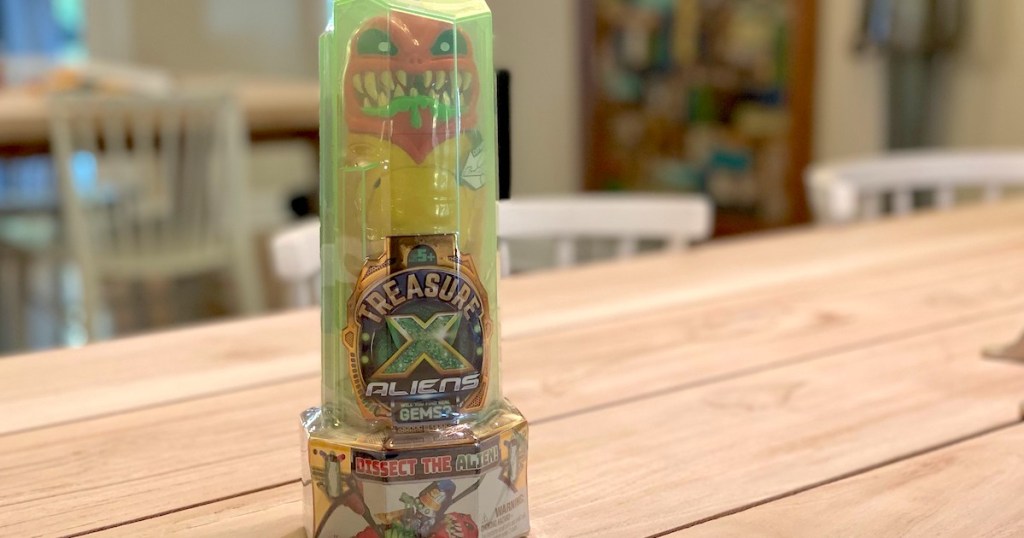 Make sure to watch Collin and Stetson’s Facebook Live video!

Come see the other top kids’ toys for Christmas 2019!