Avoid Building Rage By NOT Buying These Toys 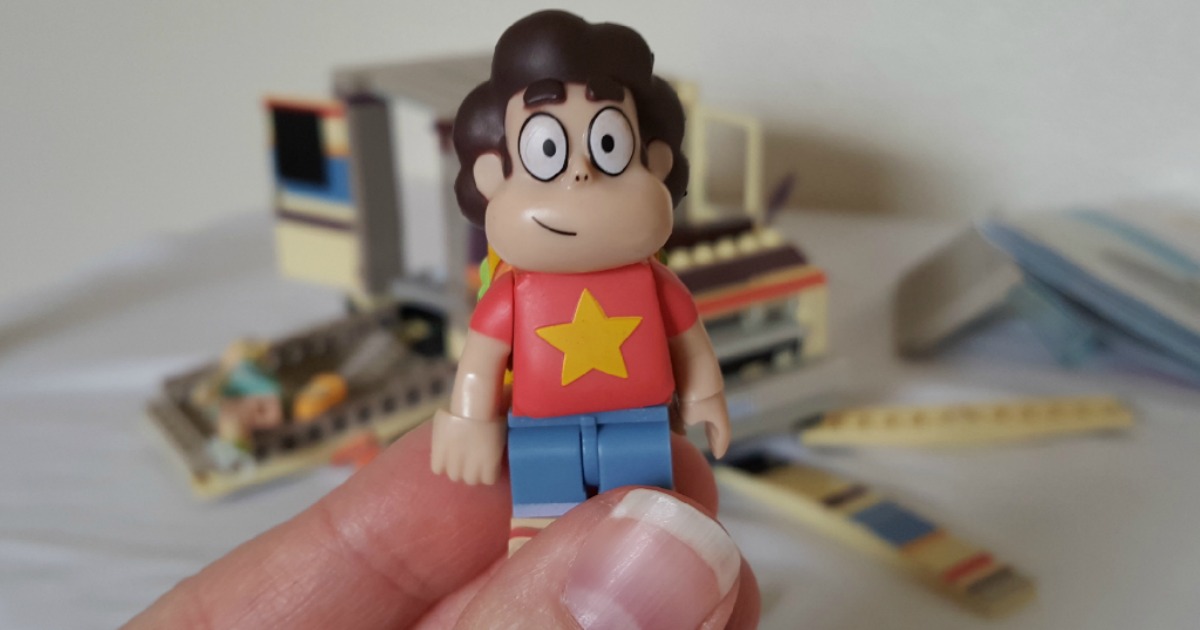 NOTE FROM COLLIN: Similar to how we do our Try Me Tuesday posts with product recommendations, I thought it would be also fun to do basically the complete opposite. With that said, I introduce “Waste of Money Wednesday!” 😂 This post will be exactly that – the Hip2Save team will be sharing products that they aren’t happy with, products they feel are a waste of money – basically product UN-recommendations.

Hi There! It’s Jennifer – one of Collin’s Sidekicks!

My family likes this quirky animated show called Steven Universe. We love laughing together while watching it, but rarely see any memorabilia for it anywhere. That’s why when my husband and I saw the building sets at our local Walmart we were so excited! We looked at the boxes carefully and noticed they were similar to LEGO sets, but made by McFarlane Toys.

What are McFarlane Toys?

It’s a brand of toys that was founded by comics creator Todd McFarlane. They make highly detailed models of characters from movies, comics, popular music, video games and more.  We OWN McFarlane toys and love their quality! That’s all we needed to know. We proceeded to buy every set for every character of Steven Universe and wrapped them up for Christmas. 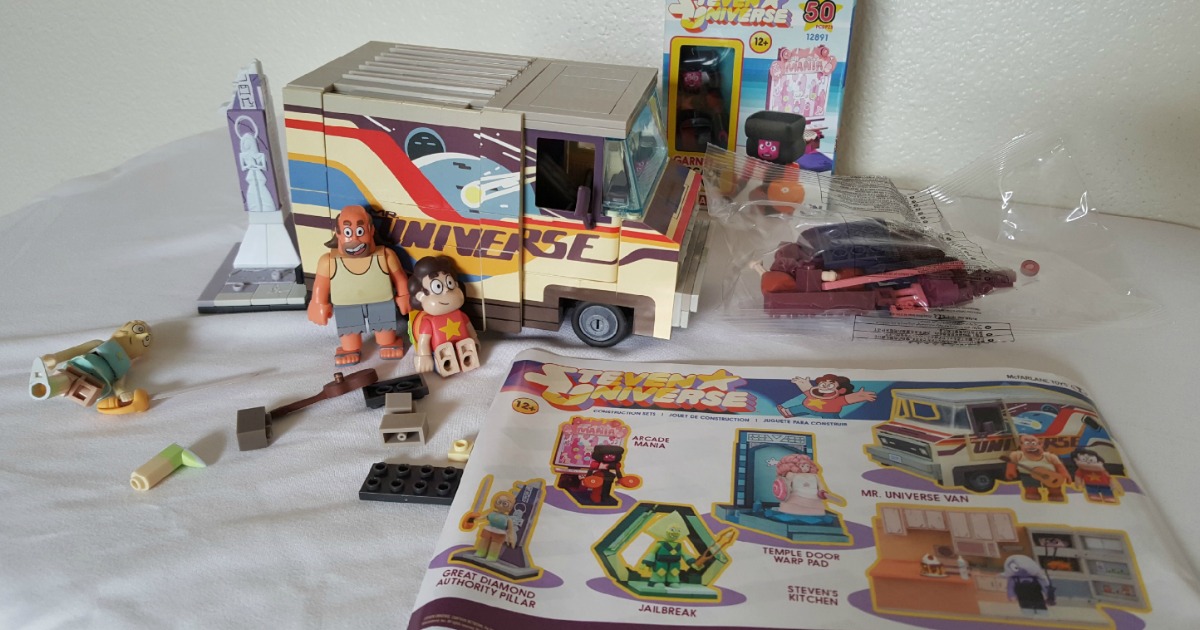 My 13 old was thrilled to have them and started on the biggest set, the Van with Steven & his dad.  Then throughout the day I would look over and see the set pieces and no one putting it together. My son said the pieces didn’t fit right and the directions were confusing.

Over the next few days, I watched the pieces sit there until I finally decided to build it myself. I was too excited to wait to see the finished pieces. 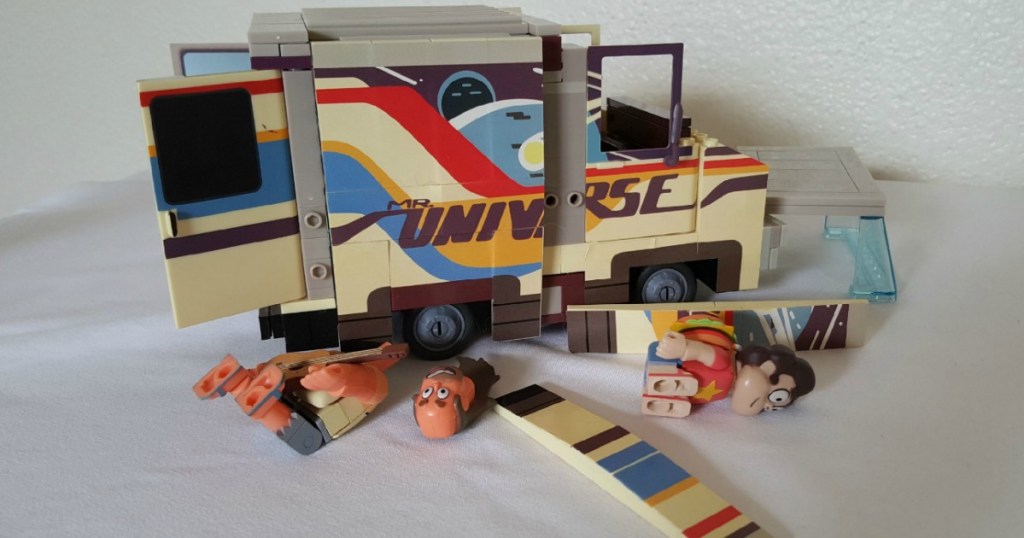 And that’s when I learned about building rage. My son told me I had it as I tried to build the set. It should have taken me 45 minutes, but six hours later I finished and had said almost the worst words not allowed in our home.

The quality of this product is so awful! The instructions were hard to follow as the coloring does not match the actual pieces in the set. The pieces (which look like LEGOS) did not fit together without a bunch of pushing and shoving. At times I used my teeth to get them to fit (I may have a broken tooth now).

You would think that since they were so hard to get to fit together they would stay, but no – they do NOT. As soon as you touched something else, pieces would start falling off. They included the wrong size pieces AND they had you apply stickers. Once you apply the stickers, you are no longer able to disassemble it without ruining the set. 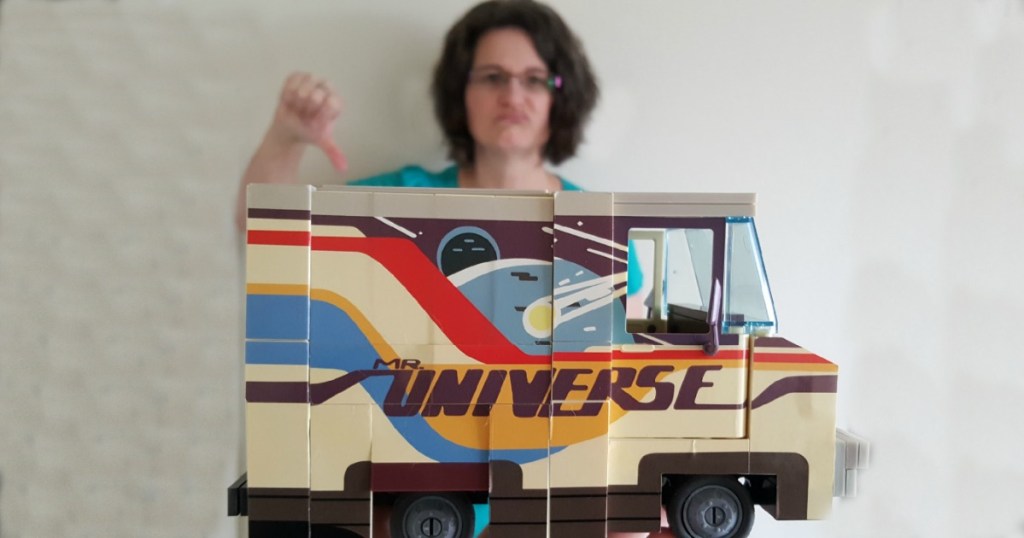 By the time I was done, I wanted to throw it away, but I’m keeping it because my money, blood, and tears went into what you see above. The unopened sets were promptly returned.

Other Waste of Money posts:

Grilling Will Never Be the Same After You Switch to THIS Griddle ($297 Shipped on Walmart.com – May Sell Out!)

Our Il Makiage Review Offers Honest Thoughts From 3 Team Members (+ Test it Out for Just $5!)